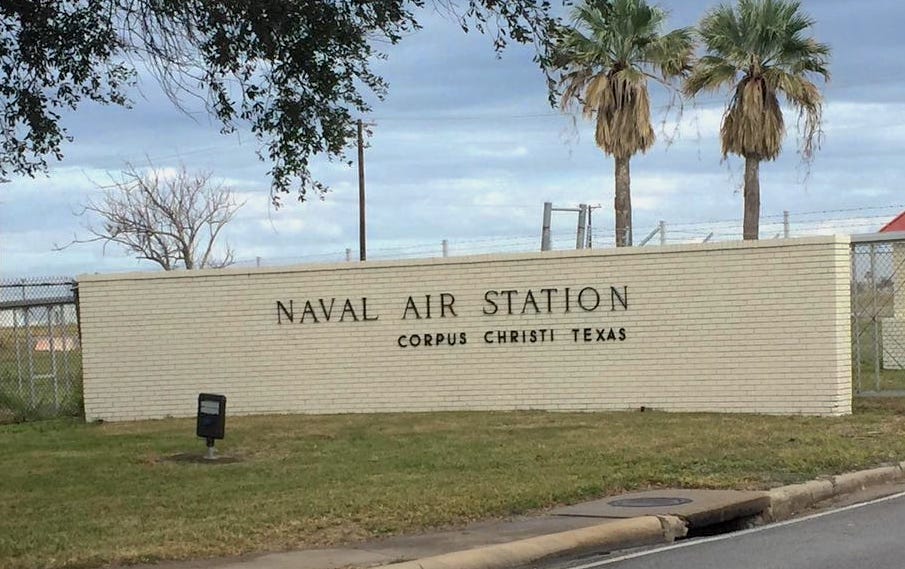 This post was updated with a Friday statement from the FBI.

A man who died in a gun battle attempting to storm a Texas naval air station was originally from Syria and had social media accounts expressing support for groups like Al Qaeda in the Arabian Peninsula (AQAP), according to press reports.

The FBI identified Adam Alsahli, 20, as the man who was killed by Navy security at the North Gate of NAS Corpus Christi. In his attempt to get on the base he shot a sailor who was guarding the gate.

UPDATE: Now that next of kin has been notified, the FBI officially confirms that the suspect in Thursday’s #CorpusNASShooting has been identified as 20 year old Adam Salim Alsahli. #HOUNEWS

“She was able to roll over and hit the switch that raised a barrier, preventing the man from getting onto the base,” The Associated Press reported. The sailor who was shot was released from treatment on Thursday with minor injuries, Navy officials told USNI News.

Alsahli was killed in the subsequent shootout at the gate with Navy Security Forces, USNI News confirmed on Thursday.

Following the shooting, the FBI assumed the lead in investigating based on Alsahli’s ethnic background as an “Arab male,” a U.S. official told USNI News on Thursday. The FBI and Corpus Christi police raided a house where Alsahli was believed to live, reported local station KRIS 6 News.

Originally from Syria, the U.S. resident had made several posts on social media in support of groups like AQAP, reported CNN.

Authorities did not elaborate on a motive for the attempted attack on the air station other than saying it was “terrorism-related,” Supervisory Senior Resident Agent Leah Greeves said in a brief statement on Thursday.

Greeve said authorities were looking for a second person of interest related to the attack but no additional information about that search was released.

“We are not ruling out any possible motives and continue to investigate all leads. When we are able to release additional information, we will do so,” according to a late Thursday Tweet from the FBI’s Houston office.

We are not ruling out any possible motives and continue to investigate all leads. When we are able to release additional information, we will do so.

We are asking anyone with any information about today’s shooting to please call 1-800-CALL-FBI. (3 of 3)