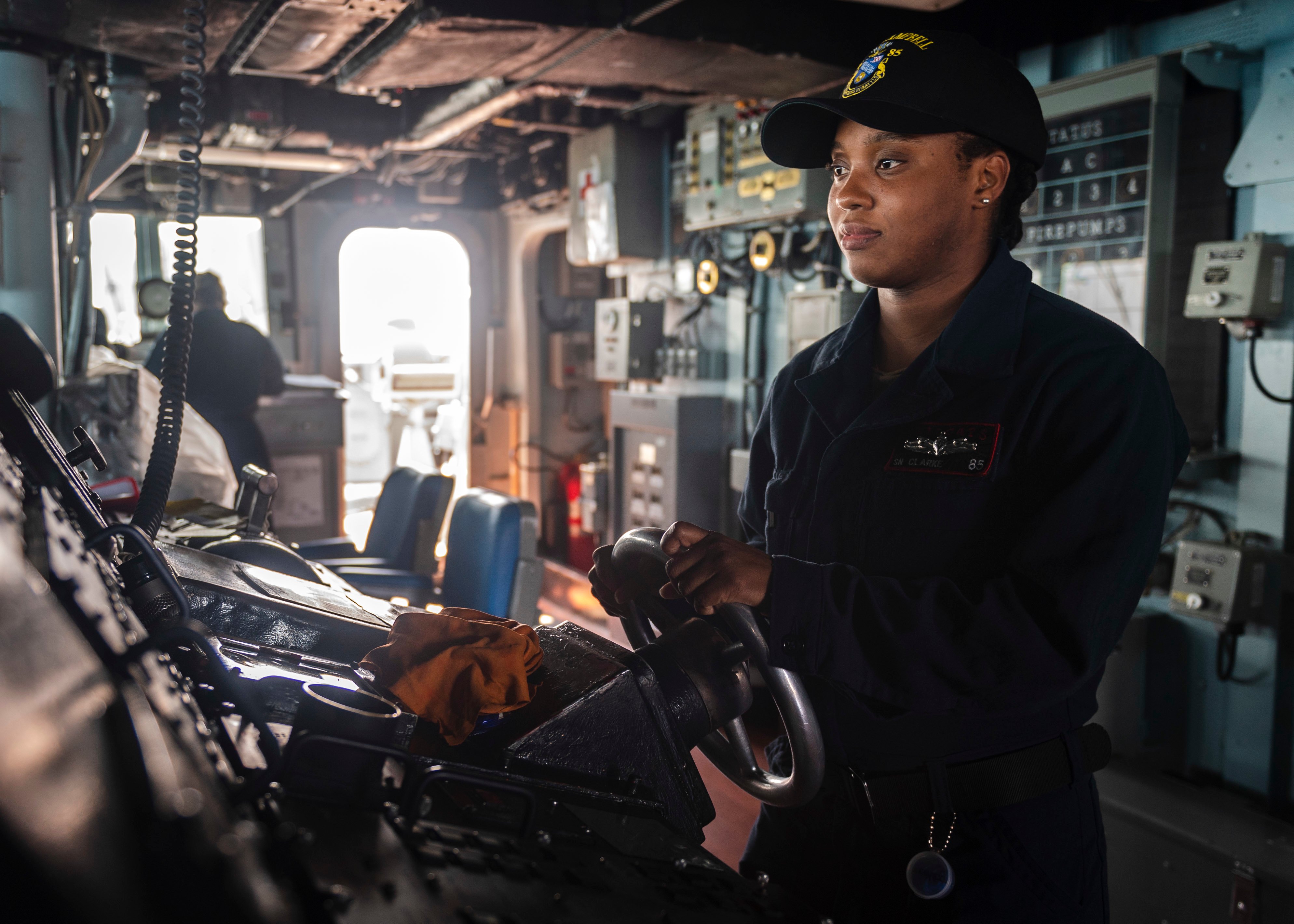 McCampbell’s transit of the narrow body of water separating mainland China from Taiwan is the latest in a series of passages by U.S. Navy ships intended to send the message to the Chinese leadership in Beijing.

Along with what has become a nearly monthly Taiwan Strait transit, the U.S. Navy has sent vessels into the South China Sea with the express purpose of challenging territorial or economic influence claims made by China.

U.S. Navy ships conducted a Freedom of Navigation Operation near the disputed Paracel Island chain claimed by Vietnam, Taiwan and China. The government in Beijing uses the chain to support its claim to a straight territorial baseline around the island chain in conflict with international maritime law. China contends all water between island holdings are Chinese territorial waters, not international.

For weeks, U.S. Navy ships operated near a Panamanian-flagged drillship hired to research Malaysia. At the same time, in the same area, Chinese Coast Guard and Maritime Militia ships, presumably escorting a Chinese research vessel, tailed the Panamanian ship. The standoff is winding down now that the Panamanian-flagged drillship appears to have completed its survey, according to media accounts.

U.S. warships transiting the Taiwan Strait without notification draw negative reactions from Beijing. In March, when McCampbell steamed through the Taiwan Strait, Senior Colonel Ren Guoqiang, the Chinese Ministry of National Defense’s spokesman, issued a statement calling the transit “was very dangerous and said it sent the wrong message to Taiwan secessionists.”

The Chinese government’s long-term goal is to bring Taiwan into the fold under the leadership in Beijing. However, Taiwan’s incumbent President Tsai Ing-wen, and her Democratic Progressive party, are staunch advocates of Taiwanese independence. Her landslide victory in January was due to her platform of keeping Beijing at arm’s length, according to news reports, including an account by The Guardian.

The U.S. maintains a complicated relationship with Taiwan. U.S. policy does not officially support Taiwan becoming an independent nation, but the U.S. government does maintain strong “unofficial relations” with Taiwan, according to the U.S. State Department.

At the same time, since 1979, the U.S. has officially “recognized the Government of the People’s Republic of China as the sole legal government of China, acknowledging the Chinese position that there is but one China and Taiwan is part of China,” according to the State Department.