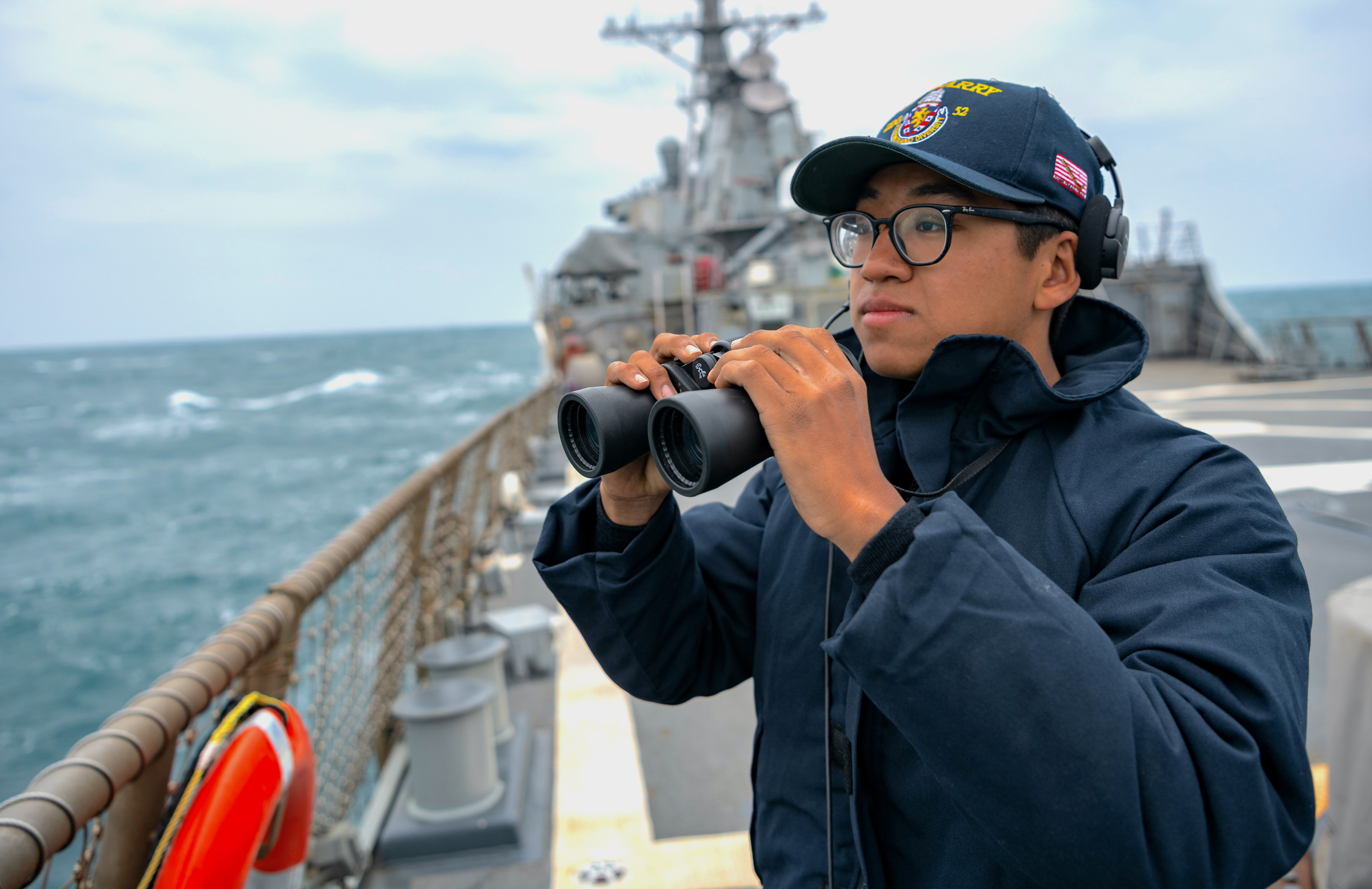 Navy officials confirmed to USNI News that guided-missile destroyer USS Barry (DDG-52) conducted a freedom of navigation operation in the vicinity of the island chain off Vietnam.

“These provocative acts by the U.S. side … have seriously violated China’s sovereignty and security interests, deliberately increased regional security risks and could easily trigger an unexpected incident,” reads a statement from PLA Southern Theatre Command spokesman Li Huamin, reported the South China Morning Post.
Barry’s FONOP was “incompatible with the current atmosphere as the international community is fighting pandemic … as well as the regional peace and stability.”

While the statement claimed that the PLA forced Barry out of the island chain, a Navy official told USNI News that the operation proceeded as planned without encountering any unsafe or unprofessional behavior from Chinese military aircraft or warships. The PLA did not detail the assets used.

While the official didn’t provide details of the FONOP, previous operations in the vicinity of the Paracels have tested Beijing’s claim to a territorial straight baseline around the island chain in conflict with international maritime law. China views the water between their island holdings not as open international water but as territorial Chinese sea – a view that the U.S. disputes. The chain is also claimed by Vietnam and Taiwan.

Both Washington and Beijing have accused the other side of using the ongoing COVID-19 pandemic as a distraction to exercise more military control in the South China Sea.

The FONOP from the Japan-based Barry closely follows the destroyer transiting the Taiwan Strait twice this month, drawing similar reactions from Beijing.

In addition to the presence operations, the destroyer has been active in the South China Sea operating with guided-missile cruiser USS Bunker Hill (CG-52) and amphibious assault ship USS America (LHA-6) off the coast of Malaysia near an ongoing dispute over mineral exploration between Malaysia and China.