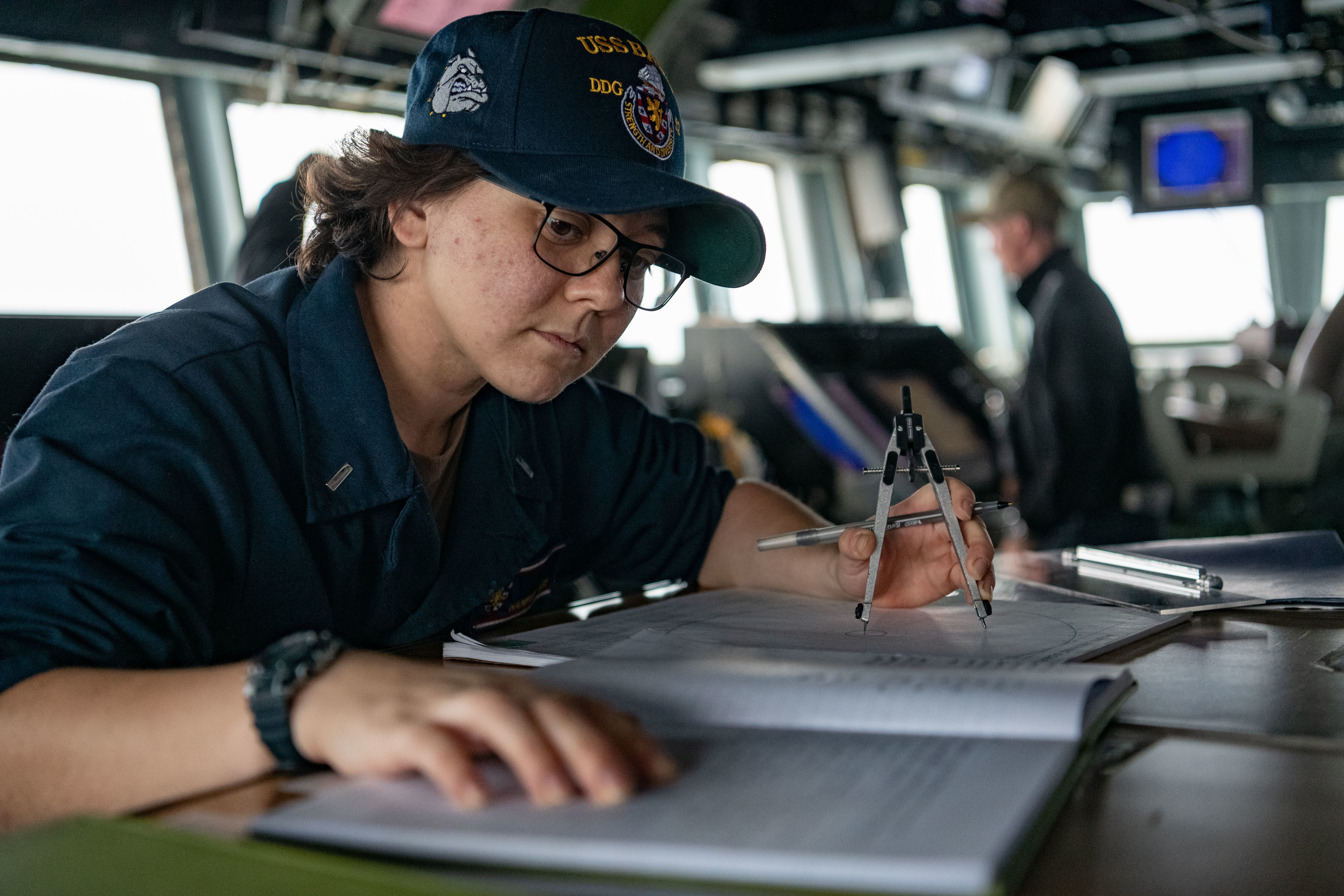 Arleigh Burke-class guided-missile destroyer USS Barry (DDG-52) transited the Taiwan Strait Friday for the second time this month, as China is growing its naval fleet and conducting its own operations in the region.

“The Arleigh Burke-class guided-missile destroyer USS Barry (DDG-52) sailed through the Taiwan Strait during routine underway operations. Barry is forward-deployed to the U.S. 7th Fleet area of operations in support of security and stability in the Indo-Pacific region,” the Navy announced Friday on the U.S. 7th Fleet Facebook page.

Friday’s transit is also the second time this month Barry traveled through the narrow body of water separating Taiwan from mainland China. On April 10, Barry made a similar transit, according to the Navy. At that time, China had been conducting nighttime military sorties over the sea southwest of Taiwan, according to a report by John Dotson, editor of the China Brief at The Jamestown Foundation, a Washington, D.C.,-based think tank.

An increase in Chinese military activity in the region accompanied “more assertive rhetoric from the People’s Republic of China media outlets and spokespersons since the landslide reelection of Taiwan President Tsai Ing-Wen on January 11,” Dotson wrote.

When Barry transited the sensitive waters on Friday, China had just launched its second Type 075 amphibious assault ship. The first Type 075 launched in September, according to a release from the Chinese Ministry of National Defense.

Taiwan is the primary focus of amphibious assault and sea-based missile launch capability improvements made by China’s People’s Liberation Army (PLA), PLA Navy and PLA Marine Corps, according to a Pentagon report released last May.

However, the report’s authors also stated that China lacked the capability required to cross the narrow strait and mount a direct amphibious assault on Taiwan. The bulk of its assault fleet consists of amphibious transport docks, which are significantly smaller than the type 075 amphibious assault ships.

“Although larger amphibious ships such as the Type 071 and Type 075 would be of value for conducting amphibious landings in Taiwan-related conflict scenarios, some observers believe that China is building such ships as much for their value in conducting other operations,” the report states.

China could use its growing fleet of amphibious assault ships and transport docks to perform peaceful humanitarian missions, noncombatant evacuation operations and conduct anti-piracy operations. China could also use its amphibious ships to assert its claims in the South China and East China Seas, the report states.

“Politically, amphibious ships can also be used for naval diplomacy (i.e., port calls and engagement activities) and for impressing or intimidating foreign observers,” the report states.