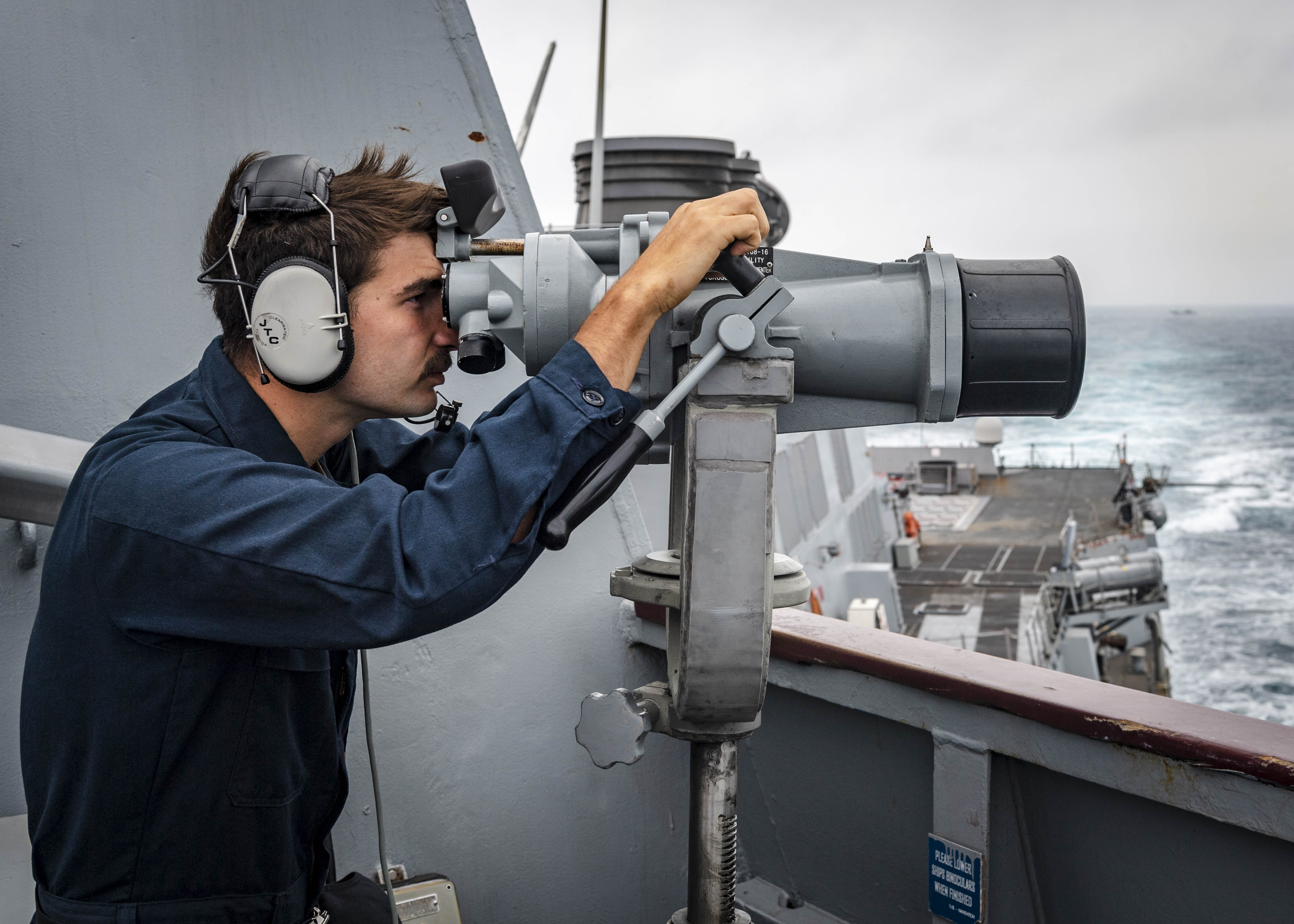 McCampbell conducted what was described as “a routine Taiwan Strait transit” on Wednesday in accordance with international law, Lt. Anthony Junco, a spokesperson for U.S. 7th Fleet, told USNI News in an email.

“The ship’s transit through the Taiwan Strait demonstrates the U.S. commitment to a free and open Indo-Pacific,” Junco said. “The U.S. Navy will continue to fly, sail and operate anywhere international law allows.”

McCampbell’s transit through the narrow body of water separating Taiwan from mainland China is the third such transit this year by a U.S. Navy vessel. Ticonderoga-class guided-missile cruiser USS Chancellorsville (CG-62) transited the strait in February and USS Shiloh (CG-67) made a similar trip in January.

The U.S. maintains a complicated relationship with Taiwan. U.S. policy does not officially support Taiwan becoming an independent nation, but the U.S. government does maintain strong “unofficial relations” with Taiwan, according to the U.S. State Department.

At the same time, since 1979, the U.S. has officially “recognized the Government of the People’s Republic of China as the sole legal government of China, acknowledging the Chinese position that there is but one China and Taiwan is part of China,” according to the State Department.

However, China’s long-term goal is for Taiwan to have closer relations with the government in Beijing. Chinese government officials frequently express, through statements or actions, their displeasure with what they consider outsider influence with Taiwan.

In December, two weeks before Taiwanese voters re-elected President Tsai Ing-wen, of the pro-independence Democratic Progressive Party, China made waves in the region by sailing its newest aircraft carrier Shandong through the Taiwan Strait.

Ren added McCampbell’s transit was part of a years-long effort by the U.S. to spy on China’s marine and air space and near People’s Liberation Army ships and aircraft.

“The provocative actions by the U.S. has damaged China’s security interests and has endangered the lives of front-line soldiers and their equipment. They constitute a serious violation of international laws on freedom of navigation and are the root cause of problems between China and the U.S. on maritime security,” Ren’s statement said.
“We will absolutely not allow any foreign forces to play the Taiwan card, and will not tolerate any attempts of secession. The PLA has the will, confidence and capability to thwart all secession efforts and safeguard the nation’s sovereignty and territorial integrity.”