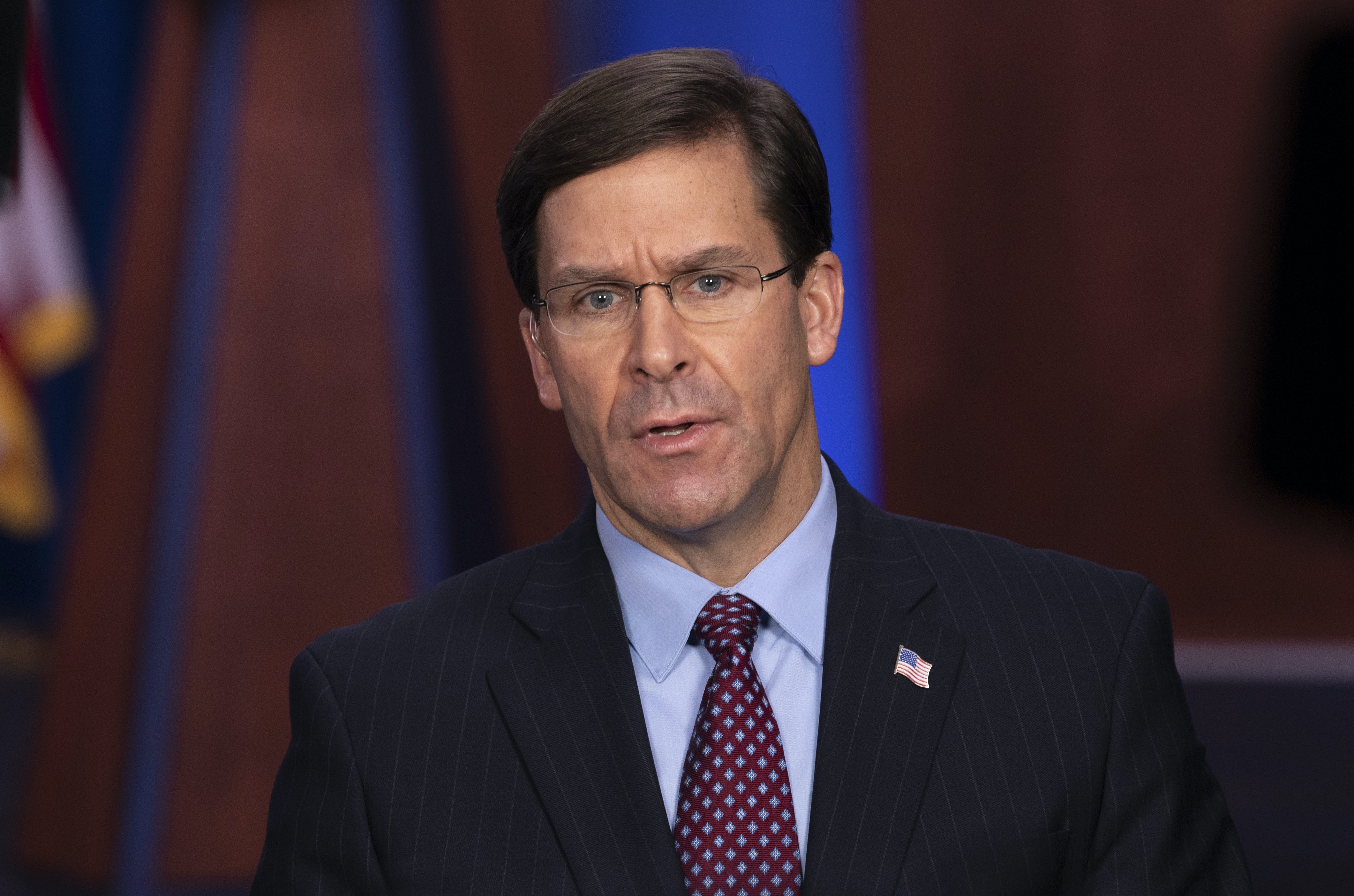 The ongoing Navy investigation into the COVID-19 outbreak aboard USS Theodore Roosevelt (CVN-71) could lead to an expanded probe outside the Navy if there are still unanswered questions by senior leaders, Secretary of Defense Mark Esper said in response to questions from USNI News.

Last week, acting Secretary of the Navy James McPherson directed the service’s military leadership to open a new command investigation into the outbreak on the carrier that resulted in more than 1,000 sailors infected with COVID-19 as well the circumstances around a leaked memo from former Theodore Roosevelt commander Capt. Brett Crozier to Pacific Fleet leadership in which he pleaded for more support for his crew.

“My guidance to [McPherson] — and again it was his decision, it’s being conducted by the Navy — was pretty simple: do the right thing and follow the facts wherever they go,” Esper said at a Tuesday press conference at the Pentagon.

The results of a preliminary investigation were slated to be made public last month. But following separate briefings from McPherson and Chief of Naval Operations Adm. Mike Gilday to Esper and Joint Chiefs Chair Gen. Mark Milley, the investigation and its recommendations were stalled pending the new internal investigation. Those recommendations included restoring Crozier to command of the carrier after he was relieved by former acting SECNAV Thomas Modly. 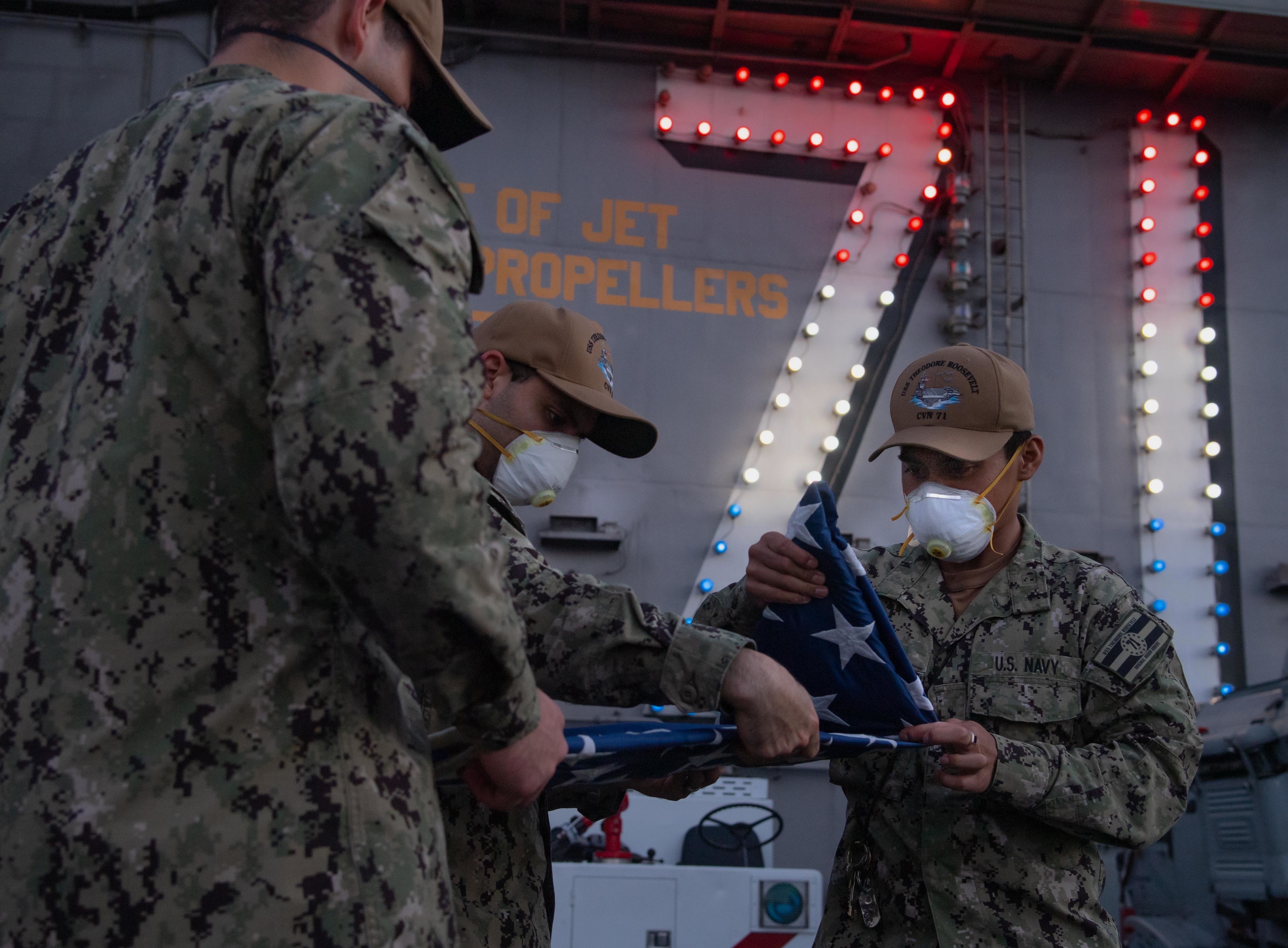 CNO Gilday, in turn, tasked Vice CNO Adm. Robert Burke to conduct the new probe that, “will expand on the recently completed preliminary inquiry, provide more robust documentation of events, and give a fuller consideration of the circumstances surrounding the matter,” Cmdr. Nathan Christensen told USNI News last week.
“The investigation is expected to be submitted to the CNO by May 27, unless an extension is granted. It will take additional time for the investigation’s recommendations to be reviewed and endorsed by Gilday.”

Due to the limits of the CNO’s authority, the scope is limited to the Navy’s own chain of command, from Crozier at the level of the carrier, through strike group commander Rear Adm. Stuart Baker, the U.S. 7th Fleet command structure in Japan and up to and U.S. Pacific Fleet Commander Adm. John Aquilino in Hawaii.

However, aircraft carriers have an outsize role in U.S. foreign policy and their employment involves the highest levels of the U.S. military and civilian leadership. Decisions about the carrier’s scheduled port visits and exercises are tightly proscribed by the Pentagon, geographic combatant commanders, as well as the White House. For example, U.S. Indo-Pacific Command commander Adm. Phil Davidson was instrumental in planning the carrier’s March Vietnam port visit.

Esper said that expanding the scope of the inquiry if the Navy probe still had remaining questions was possible.

“If we reach the point where the investigation exceeds the scope of how [McPherson] is bounded right now or his authority, then he knows he can come back to me and I’m going to be diligent in terms of following the facts,” Esper said.
“We’ve got to be able to hold it up to ourselves, to the American people, to the Congress. It has to be able to survive the scrutiny of all the questions that are out there.”

Theodore Roosevelt has been pier-side at Naval Base Guam since March 27 while the service has attempted to purge the virus from the ship and the crew. Last week, the crew started returning to the carrier.