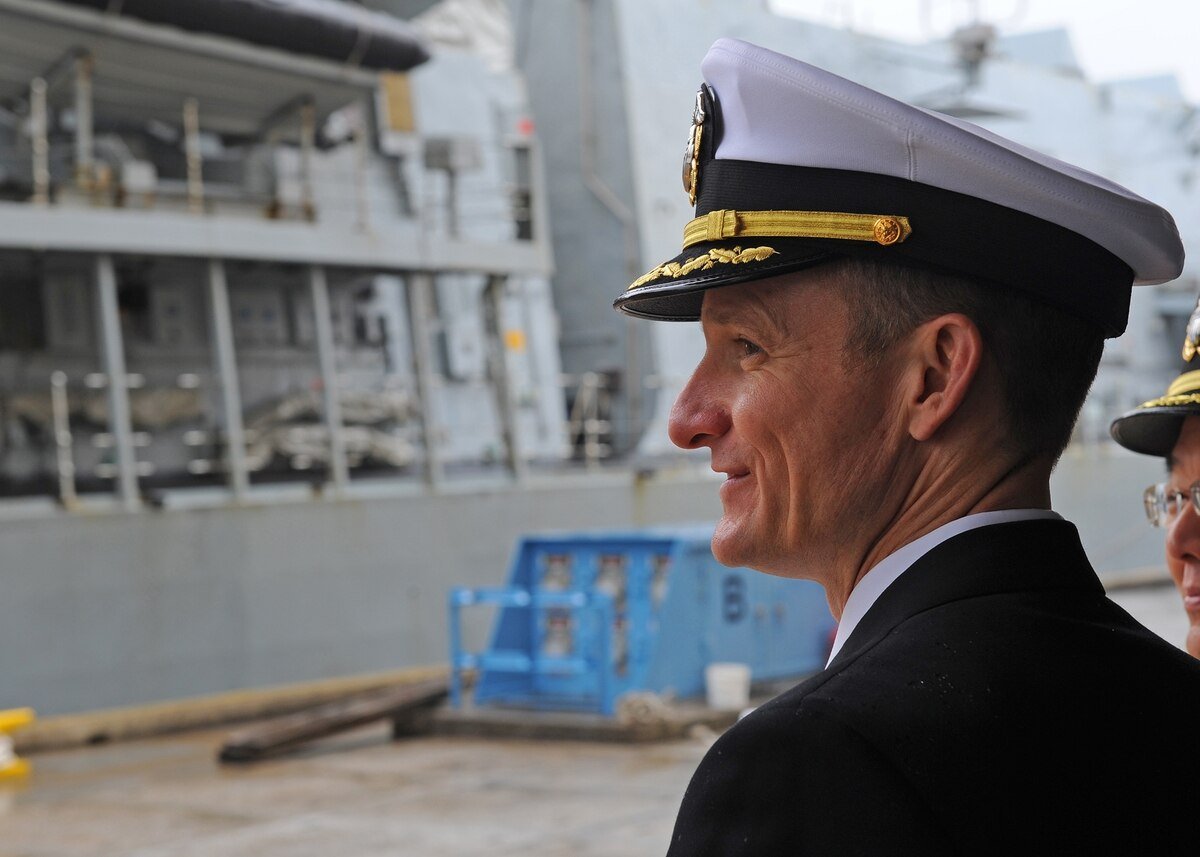 The carrier commander fired over his memo asking for help dealing with a COVID-19 outbreak on his ship should be reinstated, Navy leaders recommended, two sources familiar with the details told USNI News on Friday.

Chief of Naval Operations Adm. Mike Gilday and Acting Secretary of the Navy James McPherson briefed Secretary of Defense Mark Esper on the results of an investigation into a leaked memo from Capt. Brett Crozier, the former commander of USS Theodore Roosevelt (CVN-71) that was removed from his position by former acting SECNAV Thomas Modly, USNI News has learned.

According to a notification provided to Congress and reviewed by USNI News, Esper wants until at least Monday to make a decision on Crozier’s fate. A briefing to inform members of Congress that had been planned for Friday afternoon was canceled, legislative sources told USNI News.

The Navy and the Office of the Secretary of Defense were planning on releasing a report that detailed the command climate that resulted in Crozier writing a memo to plead for more resources and time to treat sailors suffering from an outbreak of COVID-19 that swept through the carrier.

“This afternoon, Secretary Esper received a verbal update from the acting Secretary of the Navy and the Chief of Naval Operations on the Navy’s preliminary inquiry into the COVID-19 outbreak on the USS Theodore Roosevelt. After the Secretary receives a written copy of the completed inquiry, he intends to thoroughly review the report and will meet again with Navy leadership to discuss next steps,” OSD said in a statement. “He remains focused on and committed to restoring the full health of the crew and getting the ship at sea again soon.”

In a press briefing Friday morning, before the meeting between Navy leadership and Esper, chief Pentagon spokesman Jonathan Hoffman told reporters that Esper was “inclined to support Navy leadership in their decisions.”

In a separate statement, the Navy said Gilday “ has presented recommendations to the Acting Secretary of the Navy James McPherson. Secretary McPherson is continuing discussions with Secretary of Defense Mark Esper. No final decisions have been made.”

The New York Times first reported news of the recommendation to return Crozier to command the carrier. 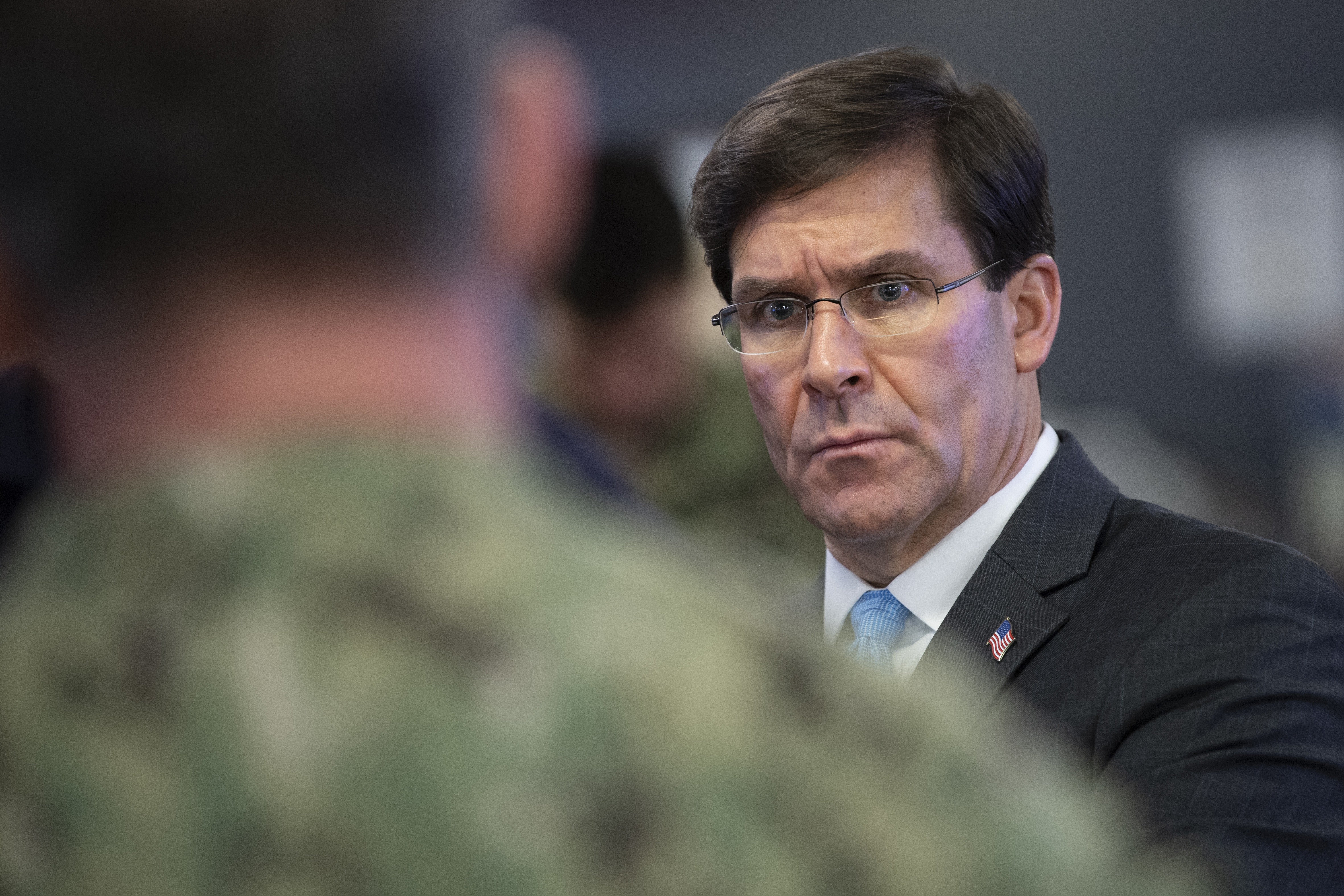 The larger investigation also has ramifications for Navy leaders beyond Crozier.

Vice Chief of Naval Operations Adm. Robert Burke was ordered to “conduct a preliminary inquiry into the events surrounding the disembarkation of USS Theodore Roosevelt (CVN-71) sailors in response to a COVID-19 outbreak,” the Navy told USNI News on April 5.
“The preliminary inquiry will consider command climate and circumstances surrounding the response, including communication throughout the administrative and operational chains of command.”

In his message to Pacific Fleet leadership, Crozier said the accelerating outbreak was going to threaten his sailors. According to a report in The Washington Post, Crozier had sent the letter to his immediate superior, strike group commander Rear Adm. Stuart Baker, as well as Commander of Naval Air Forces Vice Adm. DeWolfe Miller and U.S. Pacific Fleet Commander Adm. John Aquilino.

“We are not at war. Sailors do not need to die. If we do not act now, we are failing to properly take care of our most trusted asset – our sailors,” he wrote in the letter that was leaked to The San Francisco Chronicle.

Modly removed Crozier from command of the carrier over accusations that Crozier had allowed the memo to be widely released.

Modly then traveled to the carrier while it was pier-side in Guam and gave a speech to the crew in which he repeatedly admonished Crozier. Following backlash from firing Crozier and then again regarding his remarks on the ship, Modly resigned on April 7.

Democrat leaders in the House Armed Services Committee released statements in support of the Navy’s decision.

“The Secretary of Defense needs to reinstate Captain Brett Crozier as commanding officer of the U.S.S. Theodore Roosevelt. While Captain Crozier’s actions at the outset of the health crisis aboard the TR were drastic and imperfect, it is clear he only took such steps to protect his crew,” said HASC chairman Rep. Adam Smith (D-Wash.) in a Friday statement.
“Not only did Crozier have the full support of his crew, he also attempted to work within his chain of command. During this time of crisis, Crozier is exactly what our sailors need: a leader who inspires confidence.”

Rep Joe Courtney (D-Conn.), chair of the HASC seapower and projection forces subcommittee, said, “It is clear that Capt. Crozier should never have been removed from his command in the first place, and the Navy’s recommendation to reinstate him is the right call. It will be a tremendous boost to morale, and I believe it will restore the faith of the American people in its Navy. Commanding officers are given special trust and absolute responsibility for the health, safety, and discipline of their crew,” chair of the HASC seapower and projection forces subcommittee Rep Joe Courtney (D-Conn.) said in a Friday afternoon statement. [Crozier] was confronted with an unprecedented pandemic outbreak, and took extraordinary measures, at the risk of his own career, to fulfill this responsibility on behalf of the best interest of the men and women under his command. That is the very definition of leadership.”

Since late March, the carrier has been sidelined in an effort to isolate the infected crew and disinfect the ship.

As of Friday, “100 percent of USS Theodore Roosevelt (CVN 71) crewmembers have been tested for COVID-19, with 856 total positive and 4,098 negative results (a small number of results are still pending). Of the total cases, 112 sailors have recovered, and 4,234 sailors have moved ashore,” according to the Navy.