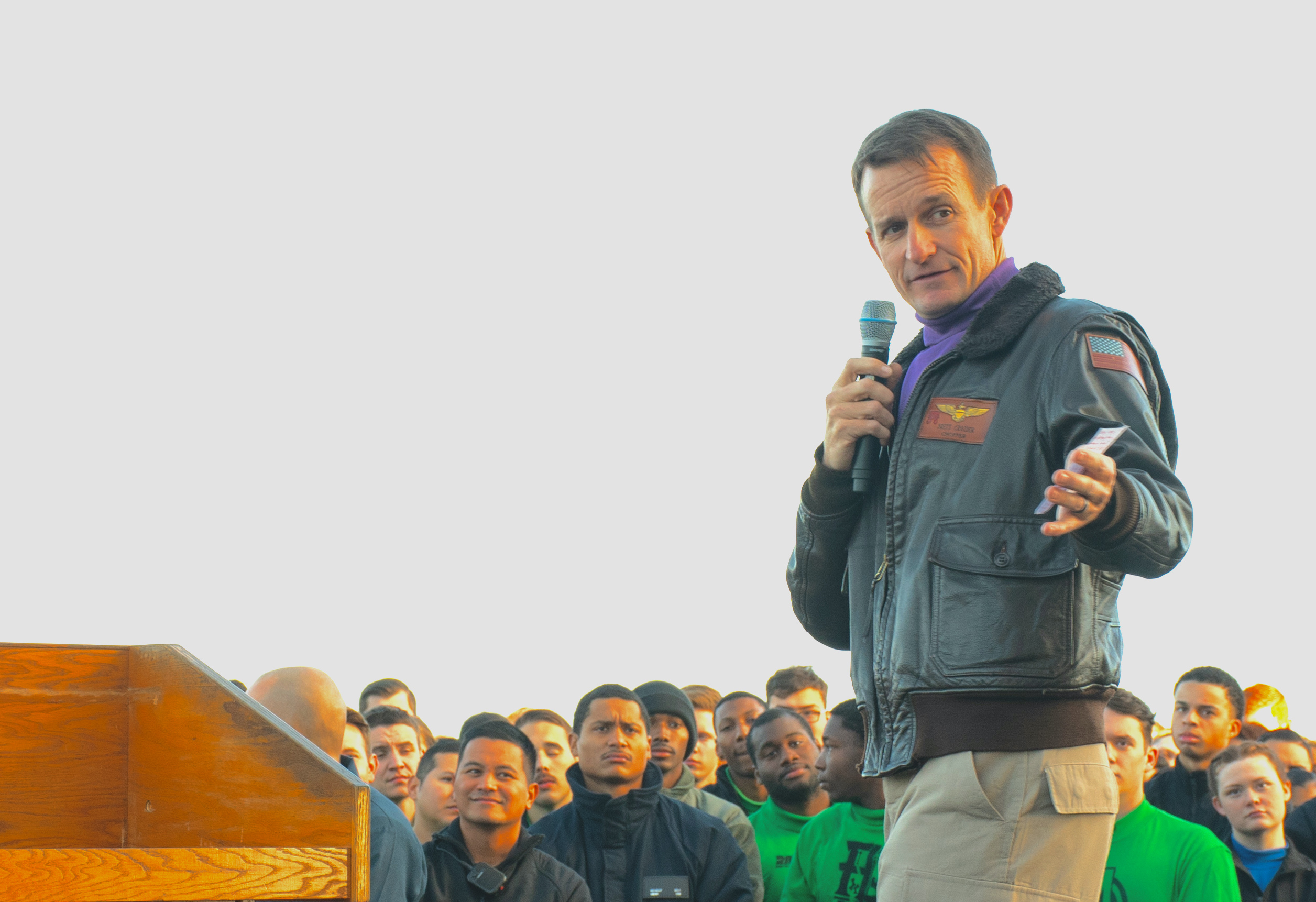 This post has been updated with new COVID-19 data from the Navy.

A swift investigation into circumstances around a leaked letter from a carrier commander warning leaders his sailors were at risk from a COVID-19 outbreak is set to end on Monday, Navy officials told USNI News

“We are not at war. Sailors do not need to die. If we do not act now, we are failing to properly take care of our most trusted asset – our sailors,” he wrote in the letter that was leaked to The San Francisco Chronicle. Crozier was removed from his command on April 2 on orders from acting Secretary of the Navy Thomas Modly for, “extremely poor judgment.”

In parallel to the removal, Vice Chief of Naval Operations Adm. Robert Burke was ordered to, “conduct a preliminary inquiry into the events surrounding the disembarkation of USS Theodore Roosevelt (CVN-71) sailors in response to a COVID-19 outbreak,” Lt. Cmdr. Beth Teach told USNI News.
“The preliminary inquiry will consider command climate and circumstances surrounding the response, including communication throughout the administrative and operational chains of command. The recommendations and findings are expected to be submitted to the CNO on April 6, 2020.”

Modly announced the start of an investigation into the circumstances around the letter given Crozier was in constant communication with the embarked Carrier Strike Group 9 commander on Roosevelt Rear Adm. Stuart Baker, the leadership in the Pacific Fleet and Modly’s own chief of staff.

“Rear Adm. Baker did not know about the letter before it was sent to him via email from the commanding officer. It’s important to understand that the strike group commander, the CO’s immediate boss, is embarked on the Theodore Roosevelt with him, right down the passageway,” Modly told reporters.

Details of the investigation come as The New York Times’ John Ismay reported on Sunday that Crozier himself has been infected with COVID-19 citing two of Crozier’s Naval Academy classmates.

“The commander began exhibiting symptoms before he was removed from the warship on Thursday,” wrote Ismay.

“I thought it was terrible what he did, to write a letter. This isn’t a class on literature. This is a captain of a massive ship that’s nuclear-powered,” Trump said.

“The letter was all over the place. That’s not appropriate. I don’t think that’s appropriate.”

On Sunday, Secretary of Defense Mark Esper told CNN it was appropriate to remove Crozier from command of the carrier.

“Secretary Modly did not have faith and confidence that he could continue in his role as captain of the ship. That is not unheard of,” he said.
“All the services at time relieve commanders without the benefit of an investigation upfront because they have lost confidence in them.”

Modly has received widespread criticism for the decision to remove Crozier from command ahead of the investigation.

“[Crozier] should have a commendation, rather than be fired,” 2020 presidential candidate and former Vice President Joe Biden said Sunday on ABC This Week.

Meanwhile, the Navy has tested 50 percent of the crew of Roosevelt for COIVD-19 resulting in 155 positive cases.

“1,825 Sailors have moved ashore. As testing continues, the ship will keep enough sailors on board to sustain essential services and sanitize the ship in port, read the Sunday COVID-19 report from the Navy.
“There have been zero hospitalizations.”