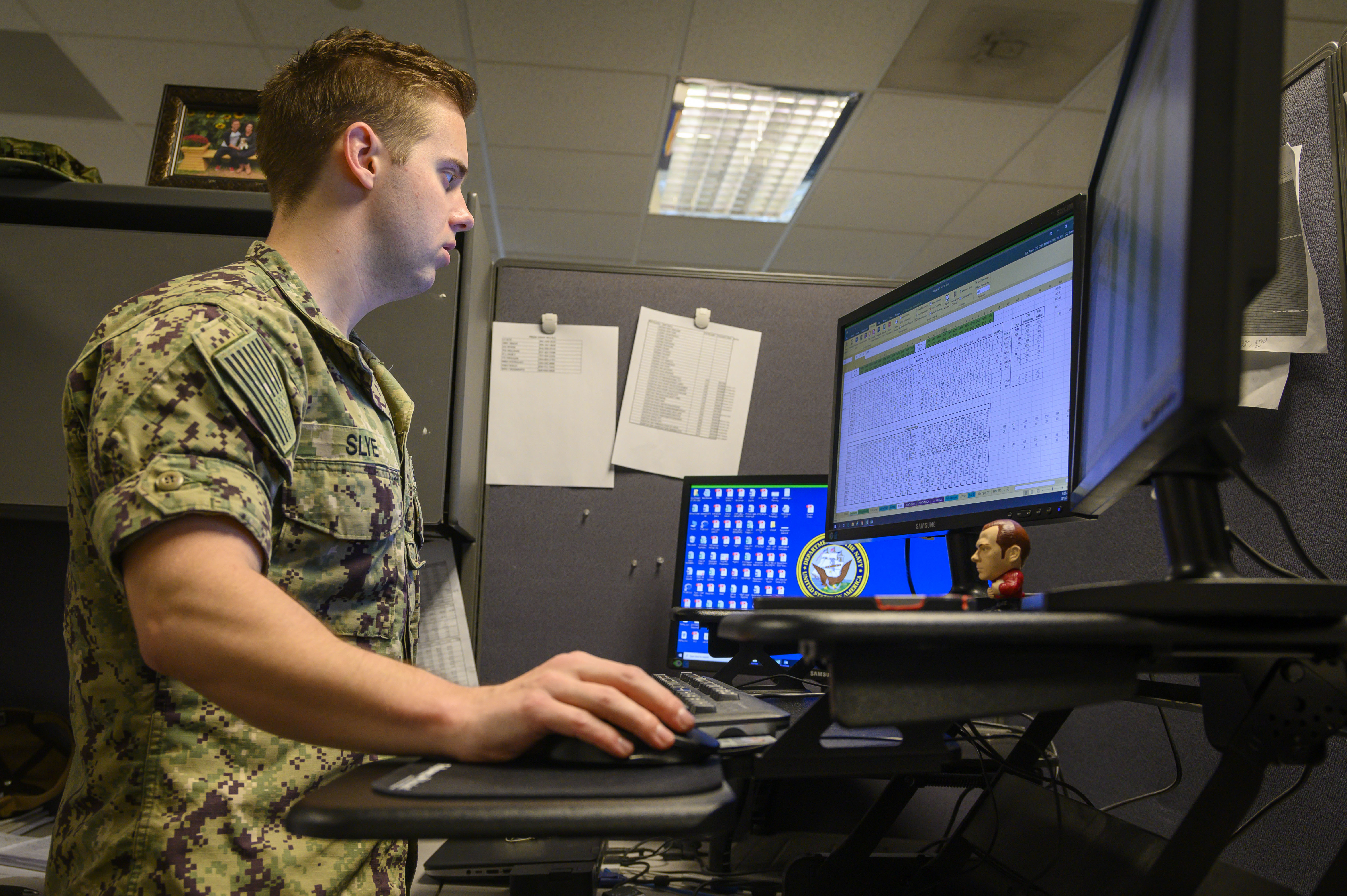 Naval operations might be slowed because of the Department of Defense’s work trying to stop the spread of COVID-19, but the service’s need for new sailors hasn’t abated.

“The Navy isn’t scaling back its recruiting efforts, but has shifted recruiting to 100 percent virtual prospecting,” said Cmdr. Dave Hecht, a spokesperson for the chief of naval personnel, told USNI News in an email.

With the Department of Defense issuing numerous instructions intended to reduce the force’s risk of COVID-19 exposure, recruiters did not have much choice but to move their operation totally online or by telephone.

Meanwhile, the Navy was forced to adjust when sailors enter training. After a recruit tested positive for COVID-19 a little more than a week ago at Recruit Training Command, Great Lakes, the Navy temporarily halted bringing new recruits to boot camp.

“We are taking a two-week temporary pause in the shipping of future sailors to RTC Great Lakes,” Hecht told USNI News. “This will give us additional time to have in place all necessary mitigation measures to ensure the health and safety of our personnel.”

When the Navy starts brining new recruits to Great Lakes, the service will pay close attention to regions in the U.S. experiencing a high COVID-19 rate.

“Future sailors in counties with high COVID-19 incident rates (cases per 100,000) may be rolled out to a later ship date to mitigate risk,” Hecht told USNI News in an email.

The Navy’s shift to using online recruiting tools has been in the works for some time. In 2019, the Navy announced it was shifting its advertising spending away from television spots, notably professional and college football, and instead focusing on esports.

“The team members will operate at a facility specifically designed for the team to practice, stream and compete,” Vice Adm. John Nowell, the chief of Naval Personnel wrote in a February NAVADMIN. Team members will “develop a routine streaming cadence, encouraging followers and viewers to interact with the members and recruiting content.”