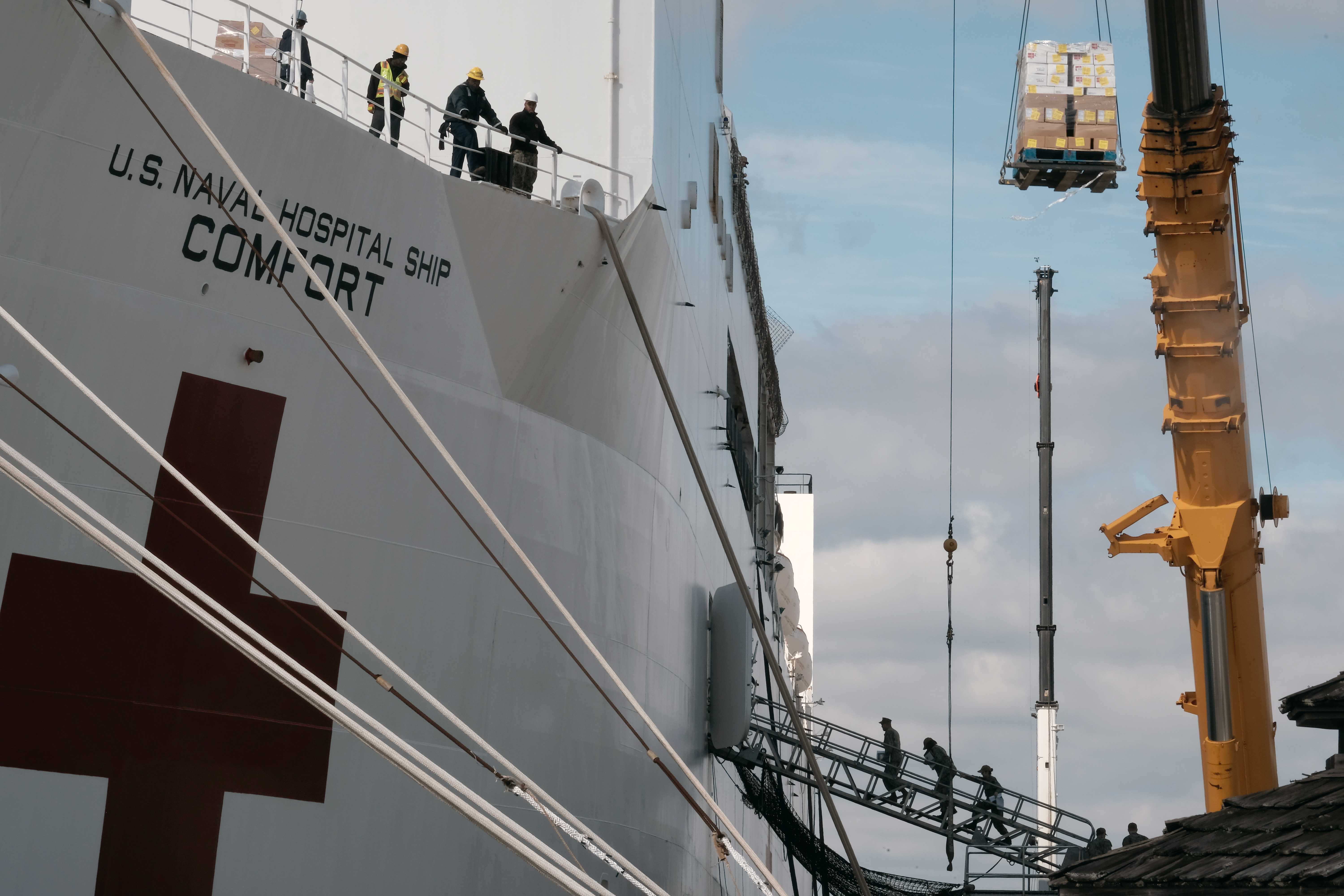 Supplies and personnel are loaded aboard the Military Sealift Command hospital ship USNS Comfort (T-AH 20) at Naval Station Norfolk, Va., March 24, 2020. Comfort is preparing to deploy in support of the nation’s COVID-19 response efforts and will serve as a referral hospital for non-COVID-19 patients currently admitted to shore-based hospitals. This allows shore-based hospitals to focus their efforts on COVID-19 cases. US Navy photo.

THE PENTAGON – Hospital ship USNS Comfort (T-AH-20) will leave for New York City on Saturday, with President Donald Trump and Acting Secretary of the Navy Thomas Modly on hand to see off the ship from Naval Station Norfolk, Va.

Trump announced today he would travel to Norfolk on Saturday “to bid bon voyage to the hospital ship USNS Comfort (T-AH-20) as it leaves for New York City to the frontlines of the COVID-19 virus response. The USNS Comfort will sail well ahead of its originally scheduled departure time to answer America’s call to battle against the global pandemic here at home,” reads a White House news release.

Earlier in the day, Modly said in a Pentagon press briefing that “we’ve accelerated the plan for Comfort. We had originally been looking at April 3, but in all likelihood she’s going to be getting underway this weekend. So hopefully she’ll be there in New York by the early part of next week.”

Modly said at the briefing that he would visit the ship before it left to support the American city hardest hit by the COVID-19 pandemic, but he did not specify exactly which day he would visit or the ship would depart.

Asked at the briefing when Comfort would arrive at New York City Harbor, Modly said, “it will all depend on her transit time and how well she’s functioning on the route up there.”

The hospital ship, a converted San Clemente-class super tanker that has provided global medical support under the Military Sealift Command for 33 years, was undergoing maintenance work in Norfolk when Trump announced the ship would be deployed to support New York’s COVID-19 outbreak. Comfort will not take on infected patients but will rather care for patients with other needs – emergency surgeries, trauma care and more – to free up beds and doctors at New York hospitals so they can deal with the virus. 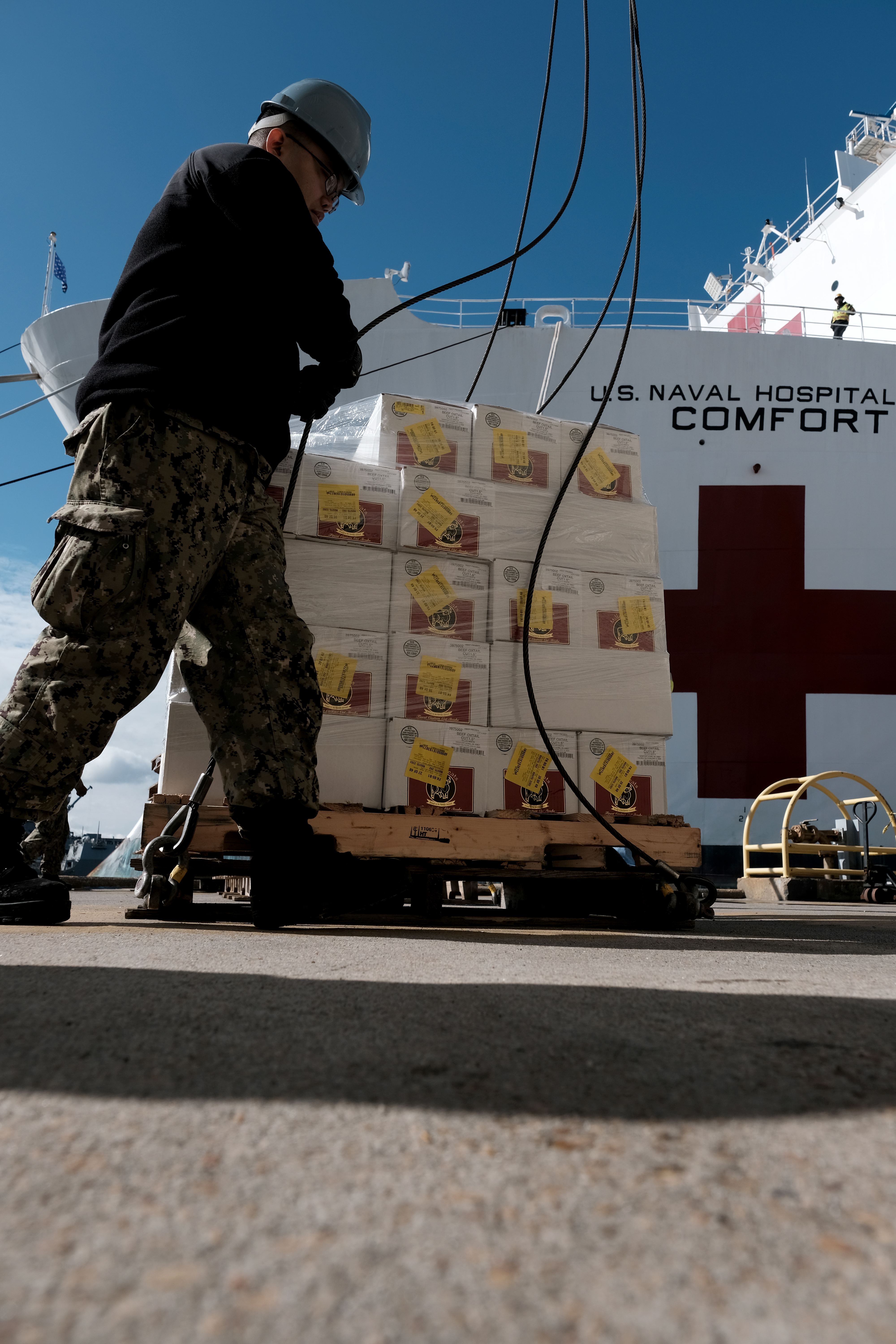 USNI News reported that major maintenance actions were accelerated and other minor work was deferred to allow for the ship to be buttoned up, staffed and supplied in time for this weekend’s deployment.

The White House statement adds that “over 1,200 medical personnel and critical supplies will be onboard the vessel. They will bring to bear the skills, care, and compassion needed to wage this fight against an invisible enemy. These doctors, nurses, anesthesiologists, x-ray technicians, orderlies, and other medical staff will augment and support New York City’s medical community and conserve hospital capacity by treating some non-COVID-19 patients aboard the USNS Comfort.”