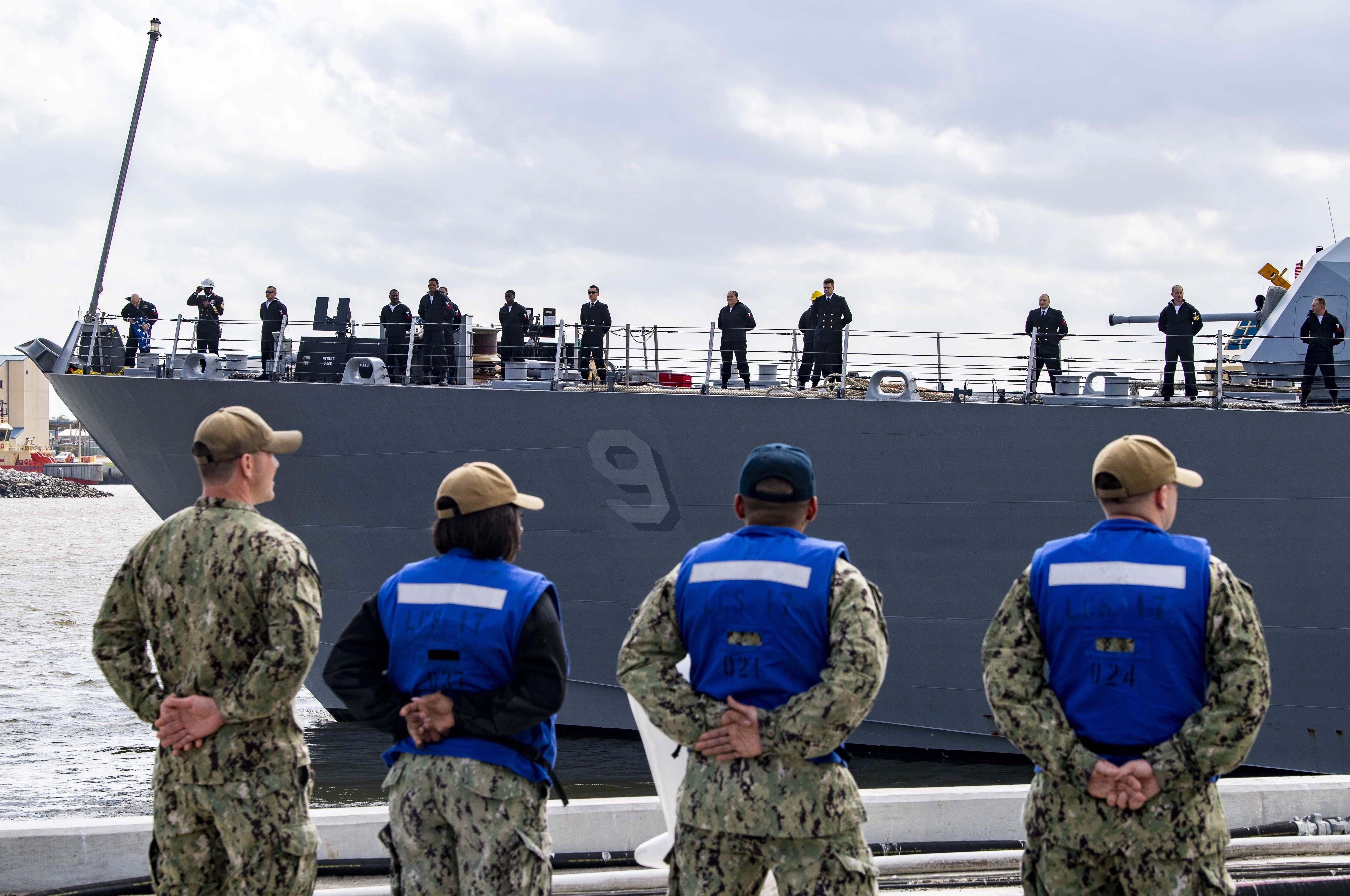 THE PENTAGON – A renewed presence of U.S. warships in Southern Command has military dimensions beyond providing a platform for law enforcement to interdict drug traffickers, the SOUTHCOM commander told USNI News this week.

On Thursday, Littoral Combat Ship USS Little Rock (LCS-9) left for its maiden deployment in the region. It’s the second LCS deployment to SOUTHCOM within the last year, restarting a naval presence mission that has been largely on hold since 2015.

SOUTHCOM Commander Adm. Craig Faller told USNI News that, while having the ships in theater for the counter-trafficking mission was important, ships assigned to the command also have a larger role to play in the National Defense Strategy.

“Having that naval presence allows us to outcompete, allows us to be there habitually with our partners, building their capacity,” Faller said during an interview in his Pentagon office.
“In order to win the competition for the future – whether it’s winning in a sense of degrading, defeating, denying, deterring transnational criminal organizations, or winning by building stronger partnerships that give us positional advantage by any encroachment from want-to-be great powers like China, Russia – you got to be present, you got to have presence to compete.”

Beijing, in particular, has made a major effort to move into the region through major construction projects in the region in places like Jamaica and El Salvador, Faller said.

“We don’t see naval bases at this point, but they have bases and they have places and they are doing what it takes to ensure their economic security in this hemisphere,” he said.
“They’re right here within what would be considered the first island chain from the continental United States. They recognize access, presence and influence value. And they’re taking a page from the U.S. book right here in our neighborhood.” 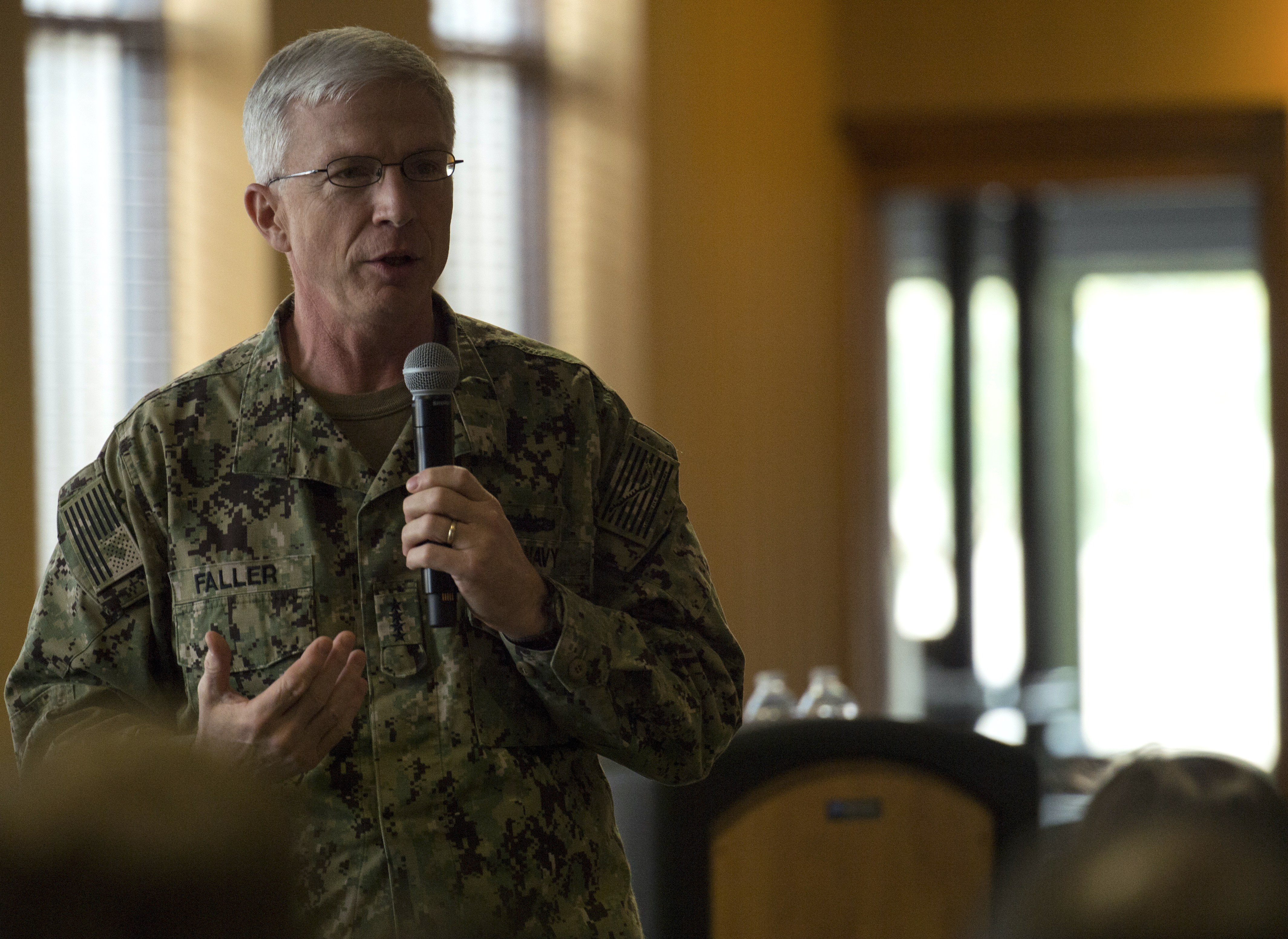 For Faller, countering that influence is driving his call for more U.S. warships to operate in Central and South America beyond the currently scheduled exercises or ships transiting through SOUTHCOM.

“We’ve had the platforms do the exercises, but we don’t have them habitually,” he said.

That’s starting to change some. LCS USS Detroit’s recent deployment to U.S. 4th Fleet was a demonstration of how the ship class could not only take on the $90-billion business of transnational crime organizations but also work with the U.S. network of partners in the region for more complex military training.

In addition to embarking a Coast Guard law enforcement detachment that provides the ship the legal authority to arrest and detain traffickers, U.S. Marines and special operations forces also operated from Detroit.

At the moment, there’s a small Special Purpose Marine Air-Ground Task Forces operating from the Soto Cano Air Base in Honduras, and Faller wants to use the ships coming into his AOR as a platform to base the about 200 Marines.

“There’s a great desire for our partner-nation marine forces to work with United States Marines. They are the gold standard of professionalism and capability,” he said. “That’s one of the ideas we have in the future is get our Marines… afloat and mobile, not fixed at the base.”

In addition, SOUTHCOM is in line for an Expeditionary Staging Base, the converted commercial tanker design that acts as a lily pad for mine-counter measures and special operations forces in U.S. Central Command. The command also is currently operating a Spearhead-class Expeditionary Fast Transport (EPF), which it is also using for presence, partner-building and counter-trafficking work. SOUTHCOM also claimed successes with the deployment of the Military Sealift Command ship M/V Kellie Chouest. The support ship deployed with a military detachment aboard and an unmanned aerial vehicle to provide additional capacity, to supplement the Coast Guard’s National Security Cutters for the interdiction mission. 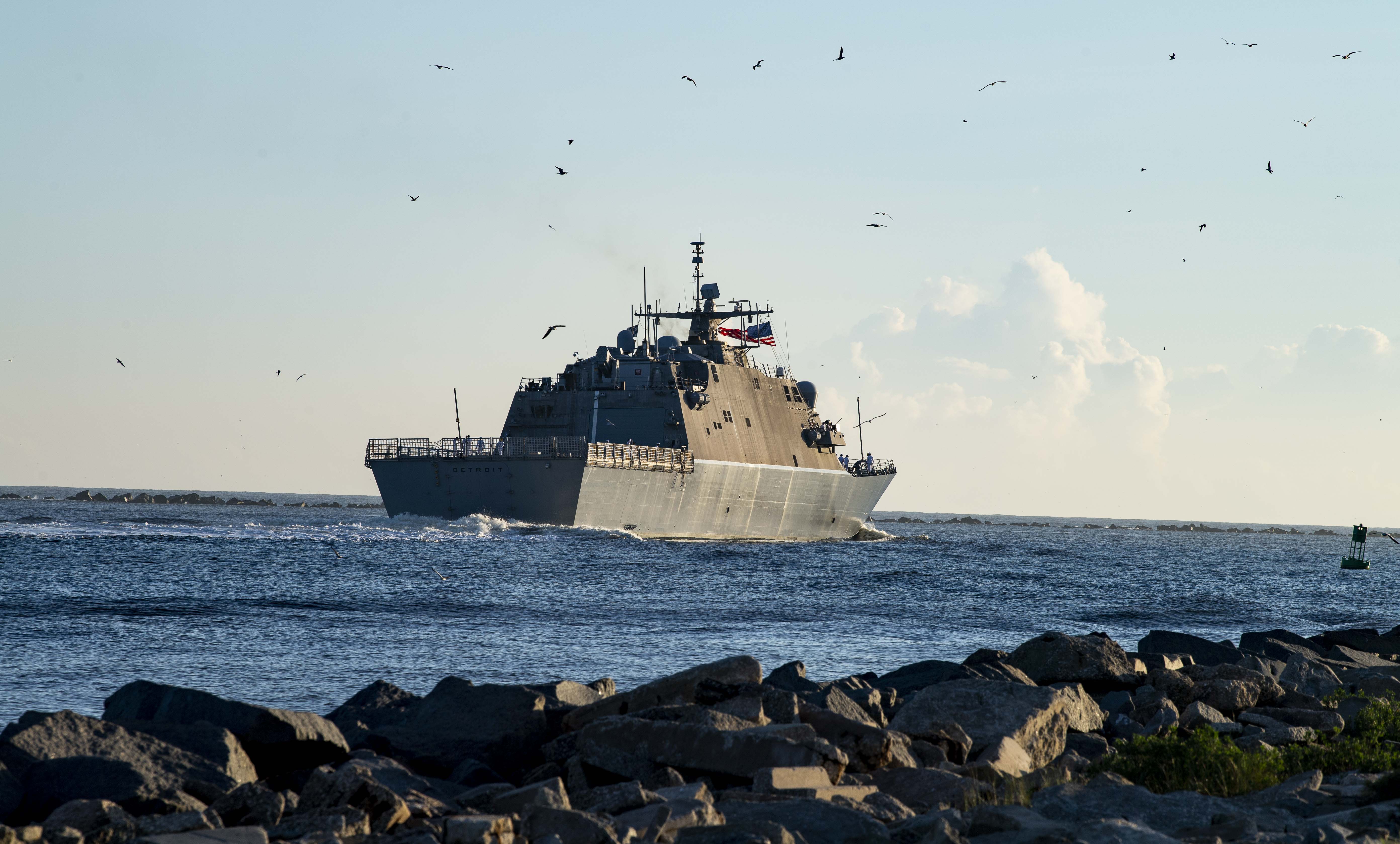 Moving forward, Faller will have to make his pitch for additional forces to the Pentagon as demands on naval forces show little signs of slowing.

“Three would be the right number that allows you some focused assets for counter-narcotics,” he said.
“It also allows assets to participate in exercises, do partner engagement and training for the next high-end fight.”

Part of his pitch for naval forces are opportunities for experimentation with units like Marines and LCS.

For example, SOUTHCOM is pitching a plan to turn a Spearhead EPF into an LCS tender to keep the ships on station longer rather than going back to shore regularly for maintenance.

Faller also highlighted the capability of partner navies that can train to higher-end combat, like the Brazilians, the Peruvians and the Colombians.

Partners are also eager to attend U.S. war colleges and embed with staffs like the numbered U.S. fleets and commands like SOUTHCOM.

USNI News’ conversation with Faller comes as the U.S. geographical commands are undergoing a review from the Secretary of Defense Mark Esper.

“Review does not mean reduction,” he said. “We look at our footprint. We look at the missions we’ve been assigned, and we’ll come forward to the SECDEF on recommendations on how we might see efficiencies for effectiveness, or we may, we may recommend areas that could be enhanced, increased.”

As the look continues, Faller said he’s going to continue stressing how his command fits into the larger competition as defined inside the National Defense Strategy.

“The number-one priority is going after partners to export security so that China and Russia, they don’t even get a chance,” he said.
“Who would want to partner with them when there’s an opportunity to continue to strengthen partnerships with the … top Super Bowl champion of militaries?”