THE PENTAGON – Two and a half years after creating the first Marine Expeditionary Force (MEF) Information Group (MIG), the Marine Corps is now assessing what capabilities it has for current operations in the information environment and where the service needs to grow to meet commanders’ demands for tactical cyber, signature management, electronic warfare and more.

The first MIG was stood up in the summer of 2017, transforming what had been the I MEF Headquarters Group into I MIG and allowing for a better integration of and more deliberate usage of the capabilities resident in the MEF.

“With the MIGs, what we’ve done is, we want to integrate all of these capabilities in a more powerful way. We want to integrate intelligence and communications and electronic warfare and [signals intelligence] and cyber and space in a way that provides a more holistic picture of what’s happening in that environment,” Lt. Gen. Lori Reynolds, the deputy commandant for information, told reporters during a roundtable last week.

Since the 2017 standup of the first MIG, all three – I MIG at Camp Pendleton, Calif., II MIG at Camp Lejeune, N.C., and III MIG in Okinawa, Japan – have reached initial operational capability and participated in a major MEF exercise where their capabilities were somehow used in the fight.

In the 2018 Trident Juncture exercise in Norway, for example, II MIG prepared the force for the information environment they’d face in Russia’s backyard and then shaped the environment through pushing out photos and stories of the Marines’ work to counter the Russian narrative about the large NATO exercise.

In 2020, Reynolds said it was time to take a step back and formalize and clarify doctrine, tactics, command relationships and more that would affect how commanders can use the skills resident in these MIGs.

“We’re still refining how this is actually happening in practice, but it’s been really fascinating to watch some of the things the MIGs are able to do in this environment,” she said.

On the plus side, Marine Corps leadership is supportive of embracing operations in the information environment (OIE) and making investments that set the service up for success in what will be an increasingly complex environment. Since the MIG standups, the Marine Corps has already added defensive cyber and electronic warfare capabilities, as well as military information support operations (MISO) and communication strategy and operations (COMMSTRAT) companies, to supplement the MIGs.

“There is an emerging understanding out in the Marine Corps about this idea of operations in the information environment. I think the good problem that we have now is we see the other commanders saying, where is my information capability? I think as we move through force design, which is one of the commandant’s five priorities in his [Commandant’s Planning Guidance] … I think we’ll see more emphasis on, did we get this right, did we get the information capability right when we built the MIGs, and should we provide more capability across the other elements of the [Marine Air-Ground Task Force]?” Reynolds said.

She added that tactical cyber, electronic warfare and “operationalizing COMMSTRAT in a way that we haven’t” in the past were all near-term deliverables she could provide to the Marine Corps to show commanders how these new capabilities could shape their operations and give them more options.

The down side, though, is that ultimately the combatant commanders are the ones with the authority to use Marine Corps information capabilities, and there’s still a sense in the joint force that everyone is speaking their own language when it comes to information and everyone is still moving forward on their own to figure out what information should look like. The Marine Corps, for example, has shifted its terminology from “information operations,” which sounds like an action a commander would take independent from other actions like artillery or air strikes, to operations in an information environment (OIE), which denotes that everything the Marine Corps does ought to consider the information environment. The Navy, though, talks of information warfare – a term Reynolds said she doesn’t like as much and instead considers just one subset of what OIE can include.

With so much ambiguity in the joint force, Reynolds said that information capabilities are still viewed “sometimes as a strap-on capability. I’d like in the future for us to be thinking about these things well before well before [forces] deploy. To lay the groundwork, to understand the authorities, to have some persistence in what our engagements look like in the information environment, to have more campaigns. But all that has to seed nicely into how the COCOM views those things. So it’s really our relationship as a force provider of these capabilities for the COCOMs” that needs to be matured, she acknowledged. 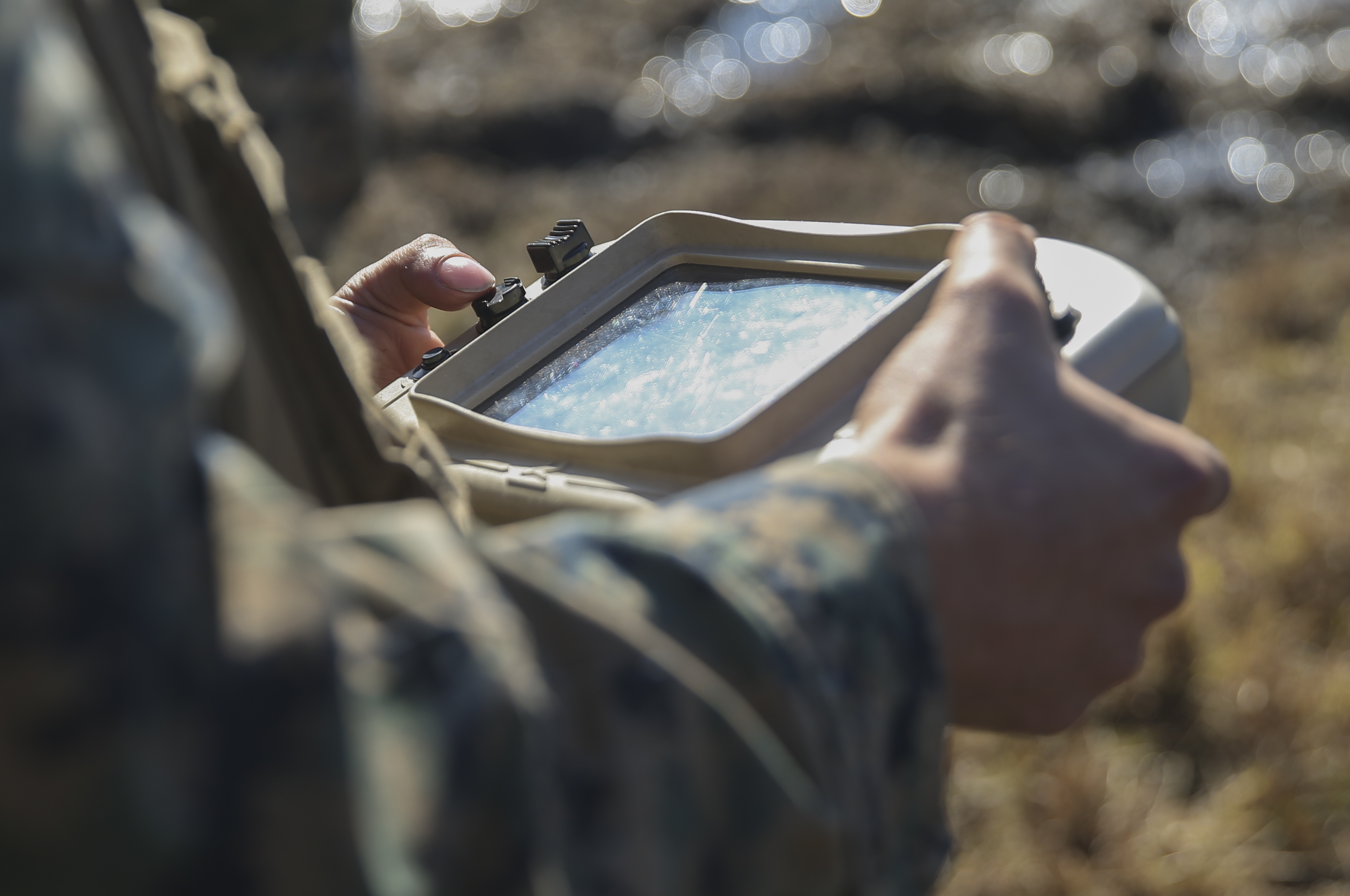 The best way to show the COCOMs what Marine Corps Information can bring to bear is to actually go out and operate, Reynolds said. Though the community is still in the stage of building its bench, she said, “I think there are areas where we are looking for opportunities, especially with the Navy, where if we have perhaps a deploying [Marine Expeditionary Unit] where we can build an OIE capability together, that’s kind of where we are. We don’t have enough bench in the MIGs yet to be able to do a ton at echelon, but we’re finding capabilities where we can deliver some information capability at the MEUs and [Marine Expeditionary Brigades]. Certainly we’re looking for opportunities at some of the bigger exercises to deliver.”

“I think we took a really good shot at it in the [Force 2025 planning effort] at beginning to build something that” would integrate existing communication and information capabilities, she said.
“But we also knew that we couldn’t build everything we wanted to build – we built a defensive cyber company into each MEF; is it big enough, is it sufficient? I don’t know yet. Our MISO capability: right now our MISO capability in each MEF is really only 33 Marines; is that sufficient? Probably not. It is what it is right now. Signature management; I mentioned, we only have a platoon and it is centrally managed right now out of the Marine Corps Information Operations Center. I think we probably need a little bit more capability in thinking about signature management. But I would just preface all of this to say, this has got to be done through force design.”