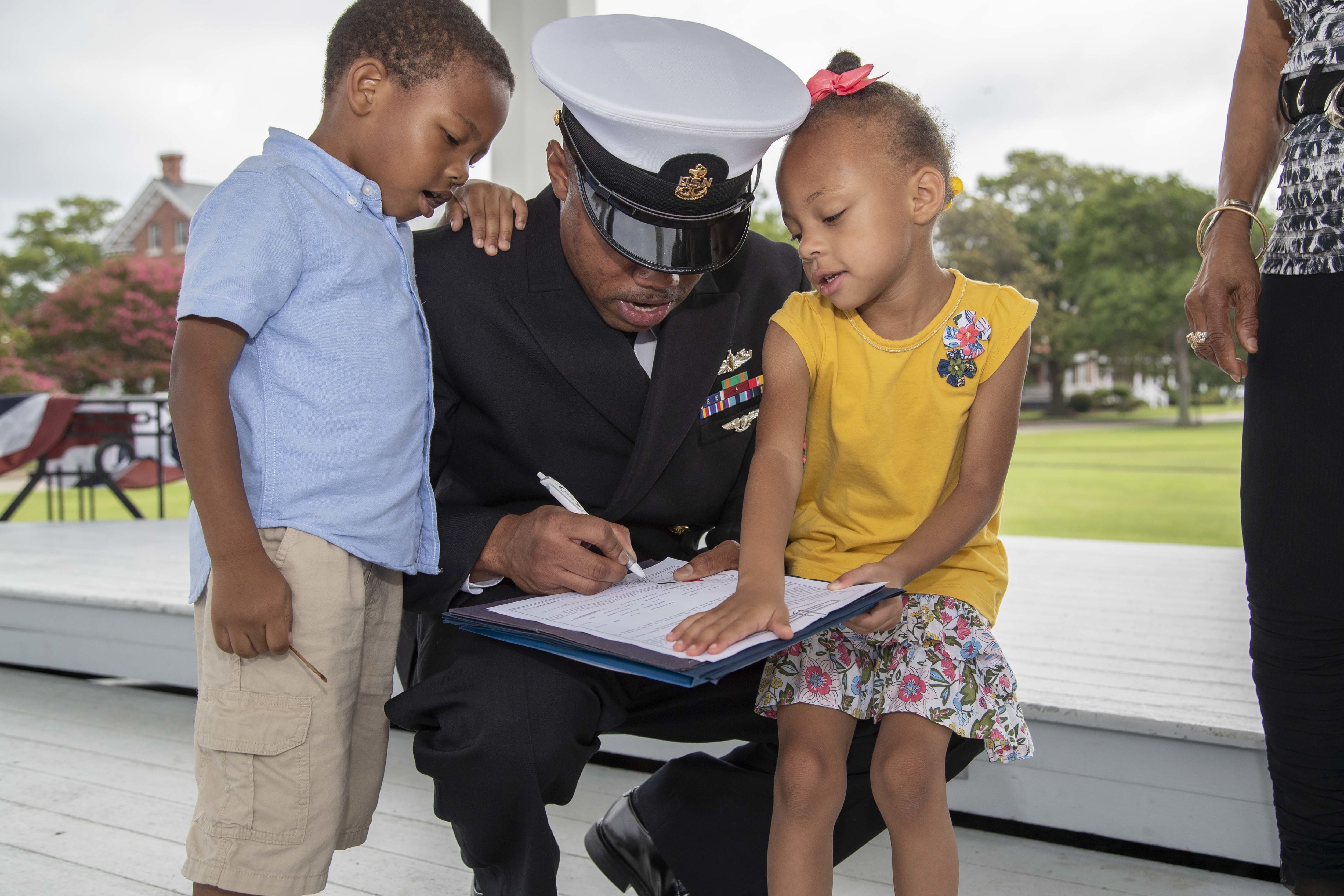 Whereas the original framework, released in November 2017, detailed ways to encourage spouses to better integrate into Navy life, the new version recognizes the changing nature of Navy families by highlighting ways to assist Navy spouses in continuing with careers.

Vice Chief of Naval Operations Adm. Robert Burke has frequently spoken of the need for the Navy to recognize the needs of service members’ families. When Burke was still the chief of naval personnel, he testified before the House Armed Services subcommittee on military personnel in May about ways force is changing. Burke cited work-life balance, professional development of spouses and access to childcare as critical pieces to retaining a highly trained active-duty force.

“67 percent of our officers and over half of our enlisted sailors are married, and many of them are dual-professional couples,” Burke said during the hearing. “We have to address that reality if we’re going to retain the family.”

The new Family Framework commands to handle communication between the Navy and families. Much of the work supporting and improving Navy family experiences under the Commander of Navy Installations Command (CNIC).

CNIC, “will continue to look for opportunities to satisfy the increasing demand and accessibility shortfalls for childcare across the Navy,” the report reads.

In May, USNI News reported the Navy’s waitlist for on-base childcare was 9,000 kids long. The Navy’s backup plan, a subsidy to pay for childcare for families on the waitlist, also has a waitlist.

“CNIC will promote spouse career development and advancement through the management of spouse training and education, and the facilitation of expanded employment and relocation networks,” the report states.

The Navy Spouse Licensure Reimbursement program is highlighted by the report. The Fiscal Year 2020 National Defense Authorization Act authorizes service branches to reimburse spouses up to $1,000 to cover the cost of relicensing when moving to a new state as part of a permanent change of station.

“Sailors succeed when their families succeed. When we give Navy sailors and family members the tools for success, we cultivate a culture of excellence,” reads the report.