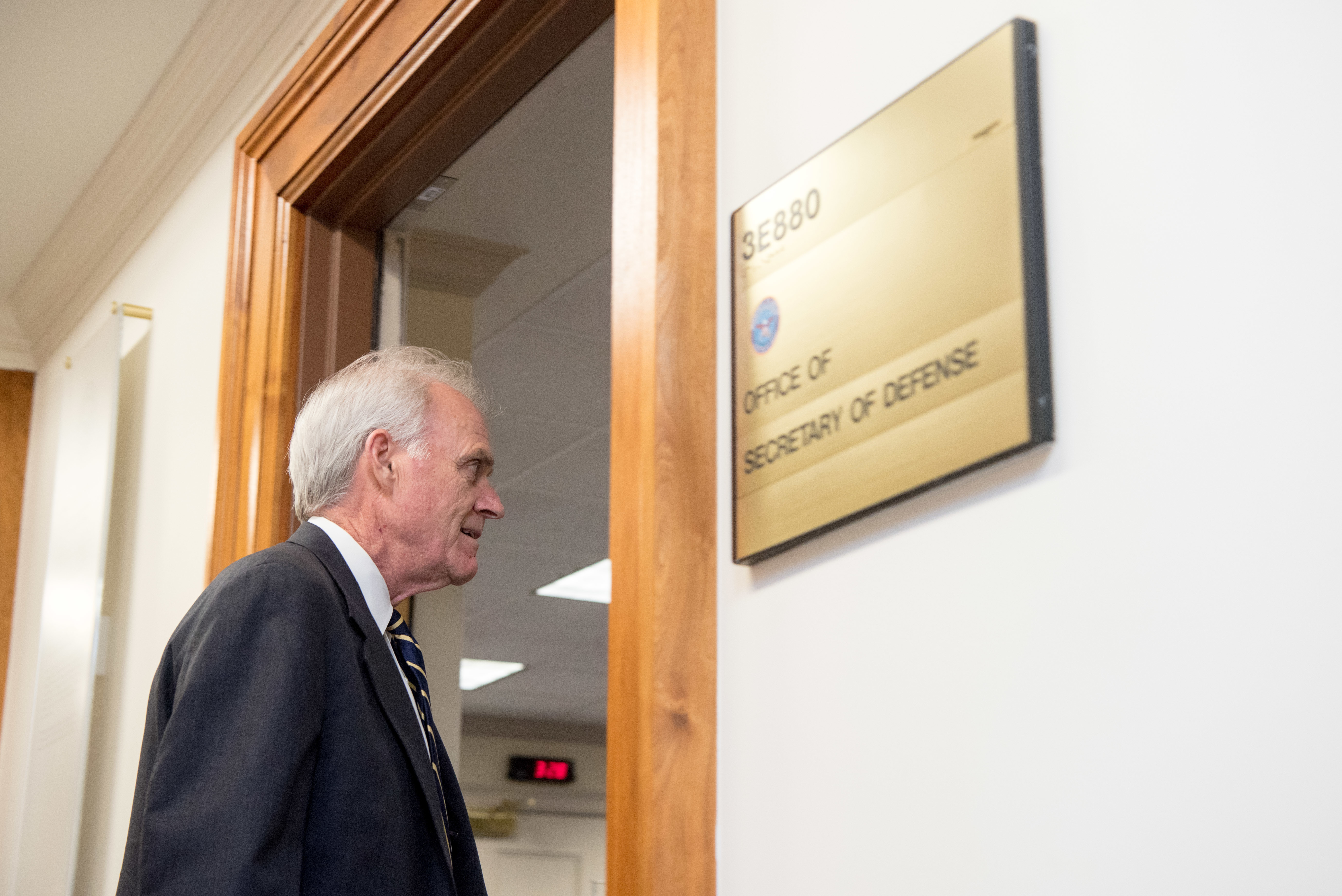 Acting Secretary of Defense Mark Esper was officially nominated Monday afternoon to assume the role permanently, setting off a chain reaction of position shifts inside the Pentagon’s civilian leadership.

Now that the Senate is considering his nomination, Esper relinquished his acting secretary of defense duties and returned to his previous job of Army secretary, as required by federal law.

President Donald Trump’s formal nomination of Esper set in motion the following series of job changes at the Pentagon:

Esper is scheduled to appear before the Senate Armed Services Committee Tuesday morning. His confirmation is not a foregone conclusion. Esper’s previous work as a top lobbyist for Raytheon, one of the defense industry’s larger contractors, is likely to be a scrutinized by lawmakers.

Monday, shortly before Esper’s nomination was received by the Senate, Sen. Elizabeth Warren (D-Mass.), a member of the SASC, released a letter detailing her concerns with Esper’s relationship with Raytheon.

“I asked that, like former Acting Secretary Patrick Shanahan, you extend your recusal commitment through the duration of your tenure at the DoD… and take additional steps to eliminate any real or perceived conflicts of interest. You indicated you would not do so. I am troubled by your unwillingness to fully address your real and perceived conflicts of interest, and write to ask that you reconsider your refusal to extend your Raytheon recusal through the duration of your tenure at DoD,” Warren wrote.

Shanahan, the former acting secretary of defense, had been a top Boeing executive before joining the department of defense. He had recused himself from any decisions involving Boeing, which manufactures F/A-18E/F Super Hornets for the Navy, among many other defense-related systems. Shanahan withdrew from consideration after reports of a 2010 domestic violence incident surfaced involving his son and ex-wife.