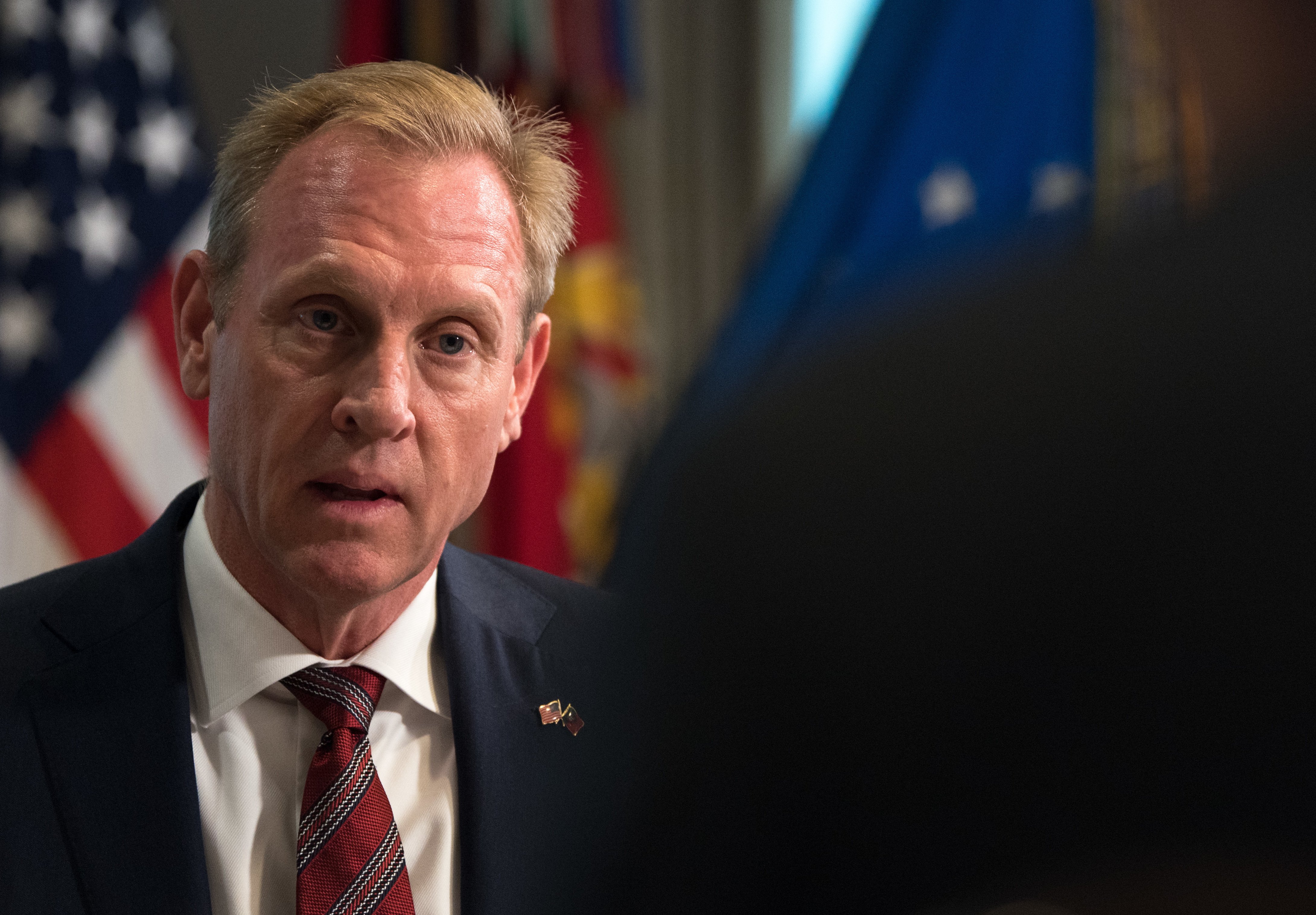 This post has been updated with a statement from Patrick Shanahan said.

Patrick Shanahan is stepping down as acting U.S. defense secretary and is no longer in contention to lead the Pentagon, according to a series of Tuesday tweets from President Trump.

Instead, Secretary of the Army Mark Esper has been named to become the acting secretary of defense, Trump said. Esper, a 1986 graduate of the U.S. Military Academy, completed Ranger and Pathfinder training, and served in the Army for more than a decade, including during the 1990-1991 Gulf War with the 101st Airborne Division, according to his official biography.

In a statement after Trump’s announcement, Shanahan said, “I am proud of the work accomplished over the last two years. With the leadership of President Trump and the bipartisan support of Congress, the Department has made significant progress rebuilding and modernizing the military to compete with China and Russia. We are developing capabilities that will ensure American military leadership for decades to come in space, cyber, hypersonic missiles, and much more.”

After four months of speculation, White House spokeswoman Sarah Sanders announced in a May 9 tweet that Trump intended to formally nominate Shanahan to become the Secretary of Defense. However, according to Senate nomination records, Shanahan was never formally nominated for Senate consideration.

Trump’s announcement comes as reports of a 2010 domestic violence incident with Shanahan’s former wife emerged late Tuesday morning published in a report in USA Today. During Shanahan’s background check, the FBI discovered the incident in which Shanahan and his former wife both claimed the other had struck them during a domestic dispute, the paper wrote.

“It is unfortunate that such a painful and deeply personal family situation from long ago is being dredged up and painted in an incomplete and therefore misleading way as a result of this nomination process,” Shanahan said in a Monday statement to the paper.
“Though my marriage ended in sorrow and disappointment, I never laid a hand on my then-wife and cooperated fully in a thorough law enforcement investigation that resulted in her being charged with assault against me—charges which I had dropped in the interest of my family. ”

Shanahan was deputy secretary of defense until his predecessor James Mattis announced his intention to resign. After originally saying he would resign in February, Trump had Mattis move up his departure date to Jan. 1.

At Boeing, Shanahan worked in both the aircraft manufacturer’s commercial and defense sectors. He worked on such programs as Boeing’s Missile Defense Systems and general manager of Rotorcraft Systems which includes the Boeing’s work on the V-22 Osprey tiltrotor program. Shanahan was also the general manager of Boeing’s 787 Dreamliner program.

As acting Secretary of Defense, Shanahan guided the $718 billion Fiscal Year 2020 budget request from planning to consideration on Capitol Hill.

The budget request included some quirks compared to previous years’ requests, such seeking to use $165 billion in the Overseas Contingency Operations (OCO) fund to help pay for defense activities. In comparison, last year Congress appropriated a total of $68.8 billion in OCO funding.

Shanahan was quickly forced to defend what became one of the most contentious suggestions in FY 2020 request, the Navy’s proposal to skip a scheduled refueling and complex overhaul (RCOH) for USS Harry S. Truman (CVN-75), scheduled to occur during FY 2024.

In March, Shanahan told members of the Senate Armed Services Committee, the Pentagon’s two-carrier deal to purchase the next two Ford-class carriers will save the Navy $4 billion and retiring Truman would save an additional $3.4 billion over five-year future years defense plan. However, lawmakers pushed back against the idea instantly. Both the Senate and House have since included language in their versions of the FY 2020 National Defense Authorization Acts intended to make sure Truman is refueled as planned.

The following is the complete June 18, 2019 statement from Patrick Shanahan.

It has been a deep honor and privilege to serve our country alongside the men and women of the Department of Defense.

I am proud of the work accomplished over the last two years. With the leadership of President Trump and the bipartisan support of Congress, the Department has made significant progress rebuilding and modernizing the military to compete with China and Russia. We are developing capabilities that will ensure American military leadership for decades to come in space, cyber, hypersonic missiles, and much more. We have focused the leadership team on delivering results and making real change at scale.

The Department is well postured to provide for our long-term security. The men and women of the Department of Defense are remarkable and epitomize patriotism at the highest level. I have the greatest confidence in our civilian and military leaders and the vitality of the institution.

The confirmation process should focus on securing our nation against threats, readiness and the future of our military, and ensuring the highest quality care and support for service members and their families. After having been confirmed for Deputy Secretary less than two years ago, it is unfortunate that a painful and deeply personal family situation from long ago is being dredged up and painted in an incomplete and therefore misleading way in the course of this process. I believe my continuing in the confirmation process would force my three children to relive a traumatic chapter in our family’s life and reopen wounds we have worked years to heal. Ultimately, their safety and well-being is my highest priority.

I would welcome the opportunity to be Secretary of Defense, but not at the expense of being a good father.

After significant reflection, I have asked to be withdrawn from consideration for Secretary of Defense and will resign my position as Deputy Secretary of Defense. I will coordinate an appropriate transition plan to ensure that the men and women in harm’s way receive all the support they need to continue protecting our great nation.