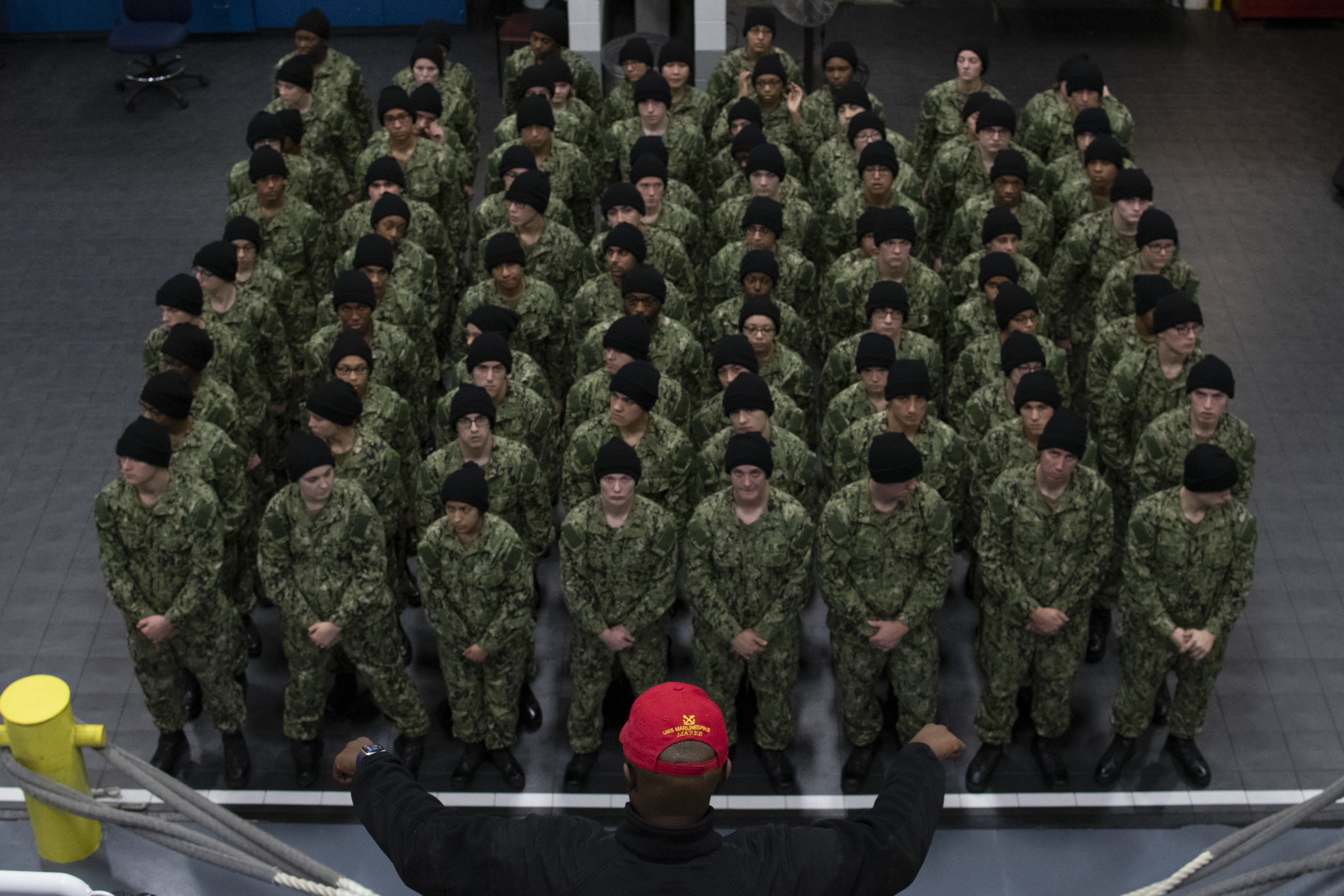 WASHINGTON, D.C. — Recruiting young men and women from military families has succeeded in attracting applicants, however doing so questions the services’ long-term ability to attract people from other backgrounds with new talents needed for the future, a panel of personnel experts said Friday.

Focusing on military families for recruits worked into the 1960s when between 40 and 50 percent of the male population had served in the military, but since then that percentage has shrunk dramatically “down to 7 percent” now “who have a history” of close family members serving in the all-volunteer armed forces, Lt. Col. Brad Orgeron said, drawing on his 20 years of experience as an Air Force pilot and commander.

Orgeron was part of a panel speaking Friday at the Center for New American Security’s 2019 National Security Conference.

“The military wants the talent” from that larger pool of young people, “but it doesn’t know to how to bring them in,” Moore said. She and other panelists cited Army Gen. Mark Milley’s comments that about 80 percent of his service’s recruits come from those families. Milley, the incoming chairman of the Joint Chiefs of Staff, said that the Army fell more than 6,500 recruits short of its goal.

The Army’s answer, Moore said, is to continue doing what worked in the past: offer bonuses, step up advertising and assign more soldiers to recruiting duty. Whether this strategy works again isn’t guaranteed. Only about a third of young people consider the military as an option to pursue after high school or college, Moore said.

“The connection [between] the military and society is changing” because so few people are serving, said Peter Levine, a former personnel specialist at the Pentagon and now with the Institute for Defense Analyses. The real challenge, he said, is drawing in the needed talents through contractors.

“We need to bring in new types of people,” Levine said.

While the Navy and the Marine Corps met mission last year, the services “have to get out of the 18 to 22 recruiting pool” to find the talents — cyber, computing, artificial intelligence, languages — they need in the long term, Moore said.

In an age when American technological overmatch is no longer guaranteed against adversaries like China and Russia, Laura Junor, from National Defense University, asked “have we identified the skill sets” needed and how to recruit these individuals.

“I wish the military focused as much on the intellectual [in recruiting] as much as the physical,” Junor said.

Levine said, “we are better in [recruiting and retaining talent in a number of fields] than our adversaries.” The prime reason, he said, stems from “we trust [junior officers and noncommissioned officers and civilians] in ways our adversaries don’t.” This gives them the flexibility to meet shifting circumstances and makes their work more rewarding, he said. 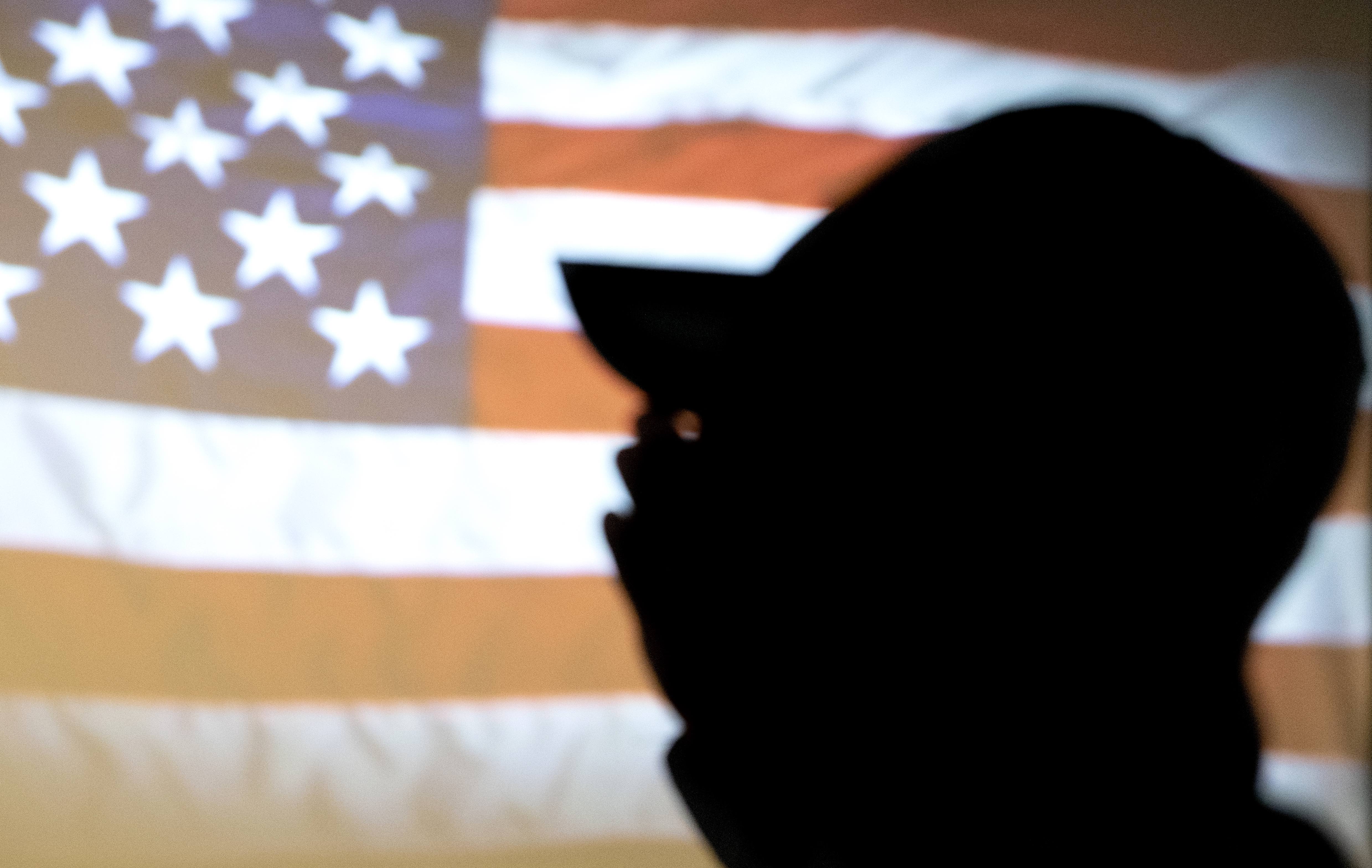 A recruit renders a salute during a capping ceremony inside USS Trayer at Recruit Training Command. US Navy Photo

When the services look outside the areas and populations it traditionally recruits from, the strictures on height and weight and the use of controlled substances — specifically marijuana usage — limit the pool of possible recruits, the panel agreed. More than two-thirds of American youth between 18 and 23 do not meet Pentagon recruiting standards, USNI News previously reported.

For a large portion of the military’s target recruit population, Levine said “the military is alien to them,” so they don’t see possible careers outside of the combat arms.

The difference between the services in recruiting and retention is the “Army is trying to grow right now” and “that is always difficult in a good economy,” Levine later told USNI News after the session.

As for the Navy and the Air Force, which are both planning to grow in the coming years by adding more ships to the fleet and squadrons, “they are trying to be creative about” keeping enlisted recruits today. Ther services must if they’re to have an experienced NCO corps in the future.

“It’s a fight. I think they are meeting it,” Levine said. 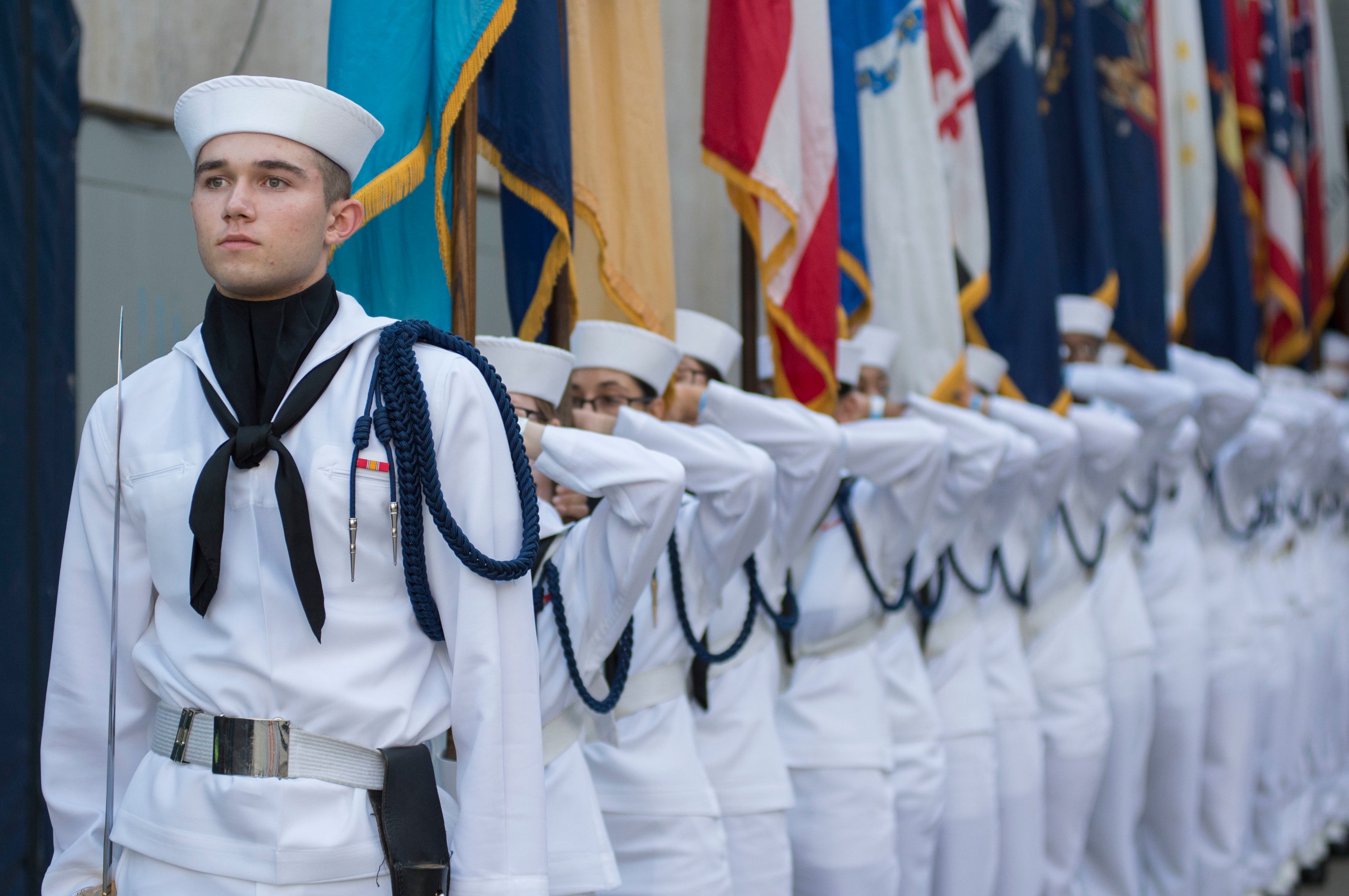 Recruits from Recruit Training Command at Naval Station Great Lakes prepare to parade the state flags of the U.S. for the opening ceremony of the 2017 Department of Defense (DoD) Warrior Games. US Navy Photo

The Navy is setting retention goals at 80 percent for sailors it is enlisting now and the immediate future to meet future staffing needs. If fleet size were stable, the Navy needs to retain about 55 percent of first-term sailors, service officials have testified.

Retention of pilots and aircraft maintains will always remain a problem for the services, Orgeron said during the session. “Pilots want to fly” but if the aircraft are down for maintenance and the parts aren’t available, that adds up to career frustration for them, as well as the maintainers.

A good economy and commercial airlines hiring add pressure to the services’ retention efforts. The decision can also come down to family considerations. He said he had moved 11 times in his 20-year career.

There’s also a new twist in the aviation recruiting and retention challenges, Junor added. The services “are struggling how to deal with UAV pilots” when considering strategies for attracting and retaining these specialties. The Air Force opened its remotely-piloted aircraft field to enlisted members to broaden the number of applicants in 2016, to return commissioned pilots to manned aircraft.