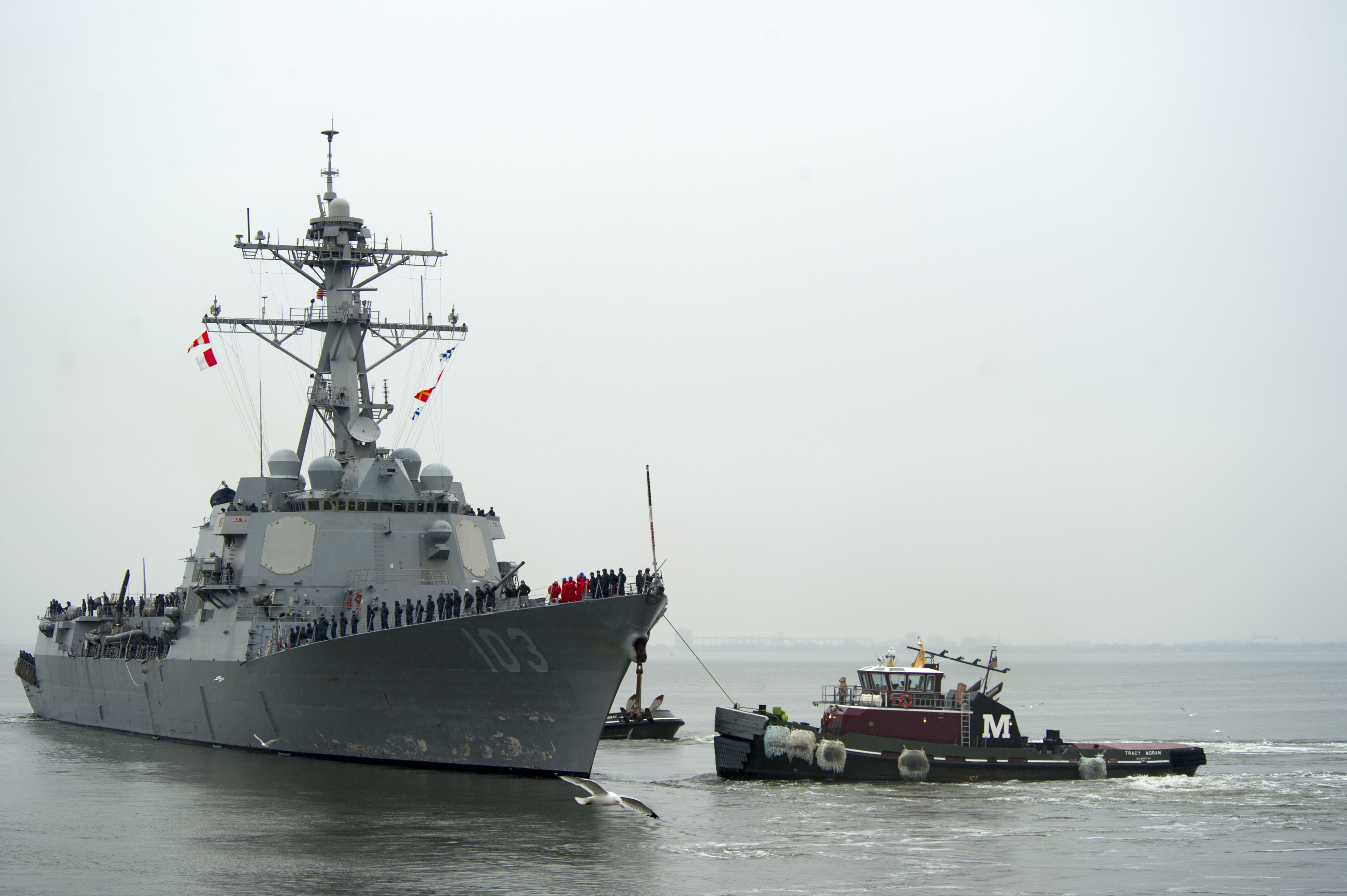 “The committee understands that hybrid electric drive (HED) propulsion systems operate with greater efficiency and facilitate greater range and on-station time. Given these benefits, the committee believes the Navy should make maximum use of the HED technology currently in its inventory,” the committee mark states.

The HED system, which the Navy started developing more than a decade ago, marries an electric motor to a Flight II Arleigh Burke-class guided-missile destroyer’s main reduction gear for use at low speeds of less than 13 knots. By using an electric motor, the ship’s operation consumes less fuel, which improves its overall fuel efficiency and lowers its costs, according to Naval Sea Systems Command officials when USNI News reported on the program in 2015.

“Lowering the rate of fuel consumption during low-speed operation increases mission effectiveness through greater time on station,” read a statement from NAVSEA released in 2015.
“In an operational context, using HED 50 percent of the time increases time on station by as much as 2.5 days between refueling.”

However, the Navy did not ask for HED systems funding in its FY 2019 budget request. The Navy has spent more than $50 million developing and testing HED technology.

The readiness subcommittee wants the entire DoD to consider ways to use fuel-efficient vehicles. The subcommittee’s FY 2020 NDAA mark also directs the Secretary of Defense to study the feasibility of requiring all DoD installations to buy either plug-in hybrid or fully electric vehicles for their government vehicle fleets and evaluate the cost of installing microgrids to support charging stations for these vehicles.

The subcommittee is also asking the Navy to provide information on several readiness issues, including the decision cancel a plan to return an aircraft carrier to Naval Station Everett, Wash., to give an update on the deployments of littoral combat ships, and to identify the resources and investments required to maintain and modernize the current fleet while increasing its size to 355 ships.

The Pentagon is asked to provide details of its plan to control the sustainment costs of F-35 Lightning II Joint Strike Fighters. Of particular interest to the subcommittee is the effectiveness of the military’s system of replacing parts.

Details about military construction, notably money to rebuild bases damaged by severe weather events such damage to Camp Lejeune, N.C. caused by Hurricane Florence in 2018, are expected to be discussed when the full HASC considers the FY 2020 NDAA next week, Garamendi said.

The use of military construction funds to pay for a wall along the U.S. border with Mexico, as has been proposed by the White House, is also something Garamendi said will be likely to be debated by the full committee as it considers the FY 2020 NDAA.

“I believe their decision to prioritize use of Department of Defense funding for a border wall over investments in other military requirements, such as the reconstruction of military bases decimated by hurricanes, is inappropriate and ill-advised,” Garamendi said of White House plans.

“The Department of Homeland Security is clearly overwhelmed, and I support the short-term use of our military to stabilize the situation,” Lamborn said on Wednesday. “In the longer term, support mechanisms through contracts or other means must be put in place so that we do not degrade military readiness.”