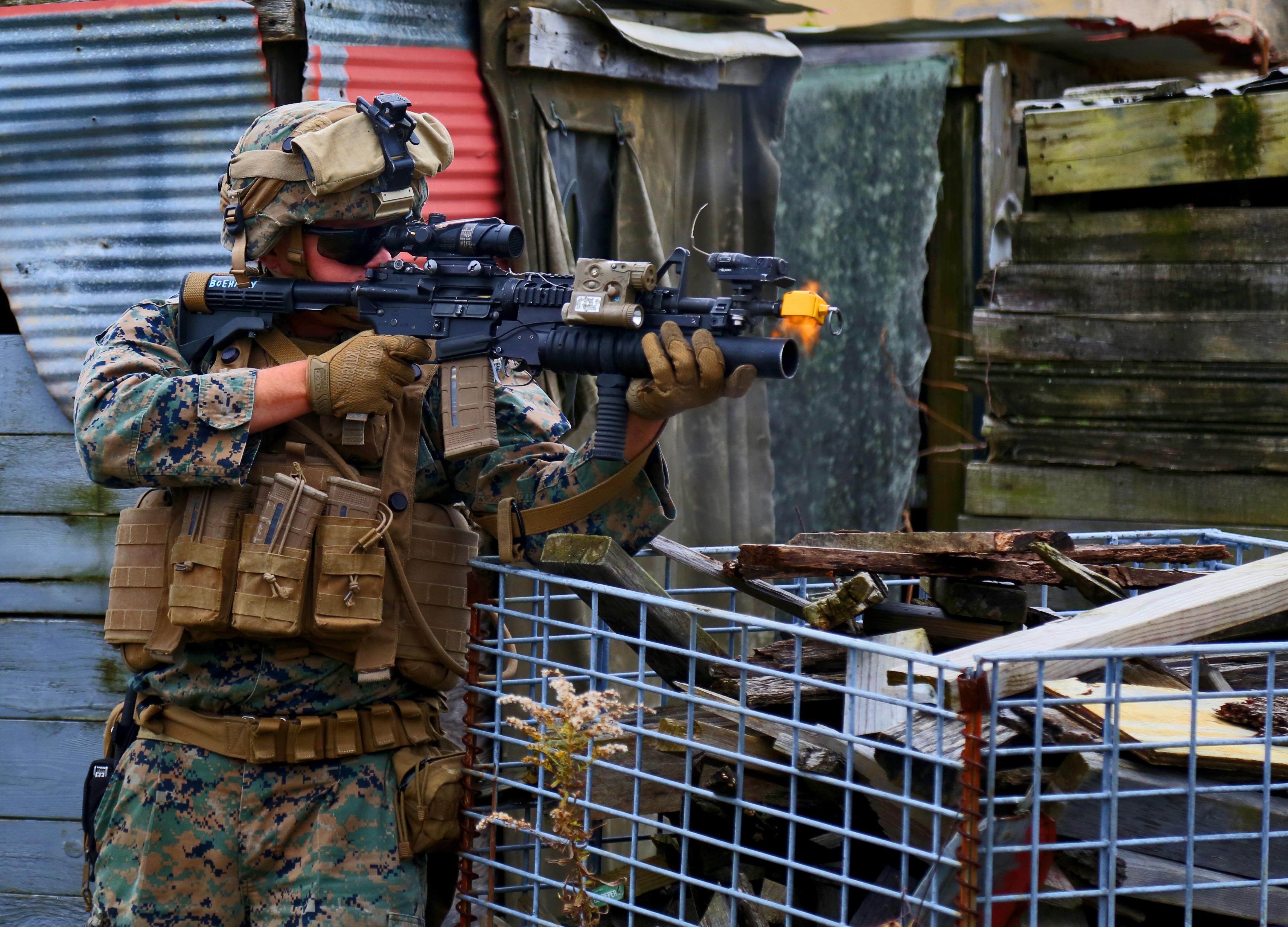 The Marine Corps’ emphasis on experimentation will be in full swing this summer, with the kickoff of a new urban warfare experimentation series and a technology demonstration focused on naval maneuver.

Building on experimentation efforts that have taken place over the last few years – as Commandant Gen. Robert Neller has sought to rethink everything from the rifle squad to task force-level lift and logistics to prepare for high-end and 21st century warfare – this summer’s events will pick up where previous efforts left off.

This summer’s first iteration, using a rifle company from 2nd Marine Division, will focus on focused on sensing the environment, locating the threat, delivering lethal and nonlethal effects to address that threat, and the command and control and maneuver of forces, he said.

Project Metropolis II builds off of other recent efforts such as the Sea Dragon experimentation with 3rd Battalion, 5th Marines in 2016; the Urban 5th Generation Advanced Naval Technology Exercise (ANTX) in 2018; and the Close Combat Lethality Task Force that was created last year to address joint service needs. It also harkens back to the original Project Metropolis begun in 1999, meant to test and improve the Marines’ ability to operate in the “three-block war” that former Commandant Gen. Charles Krulak described. 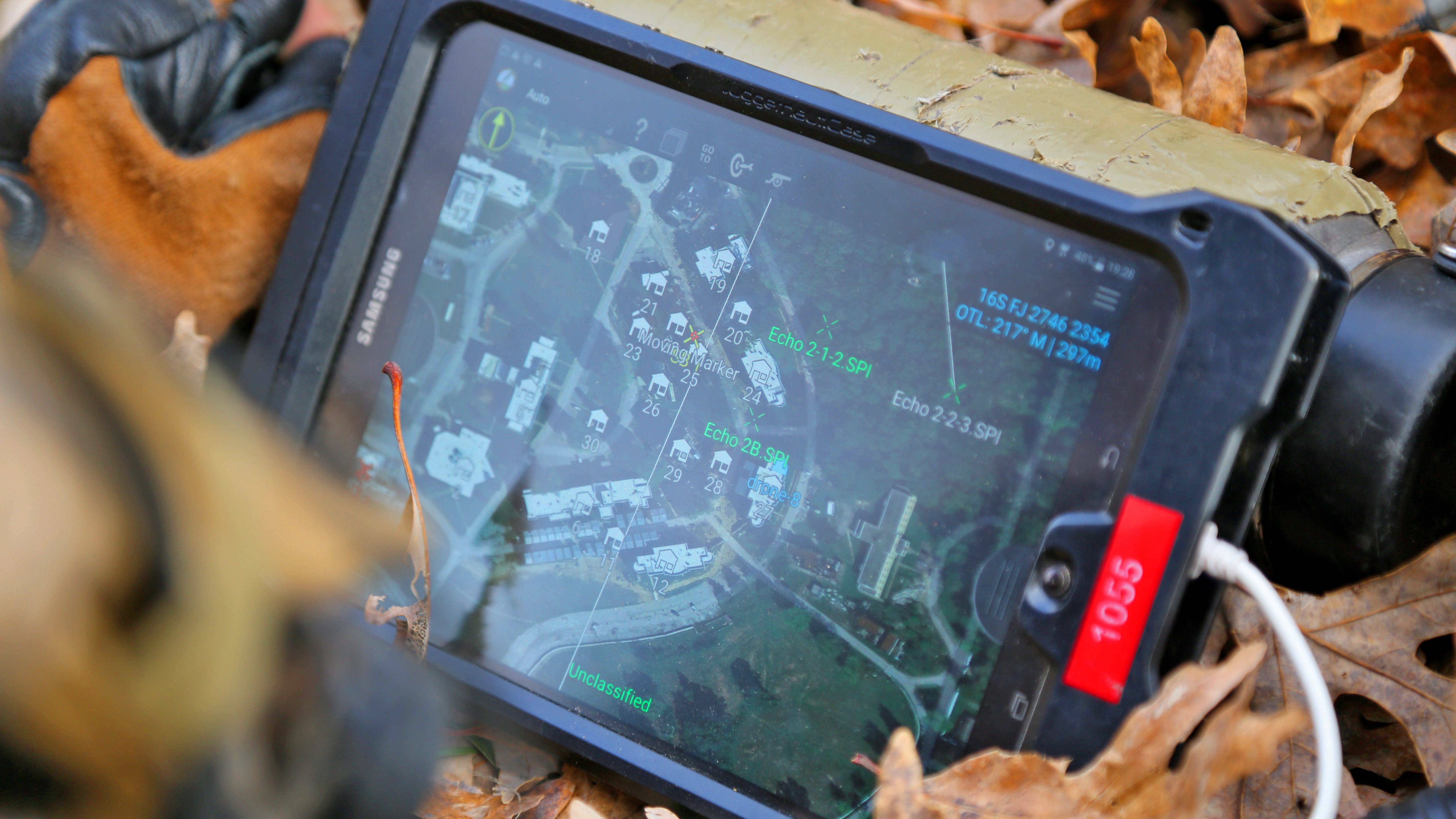 Each year of Project Metropolis II will focus on a different warfighting function, Wortman said. Marines will be armed with prototypes of emerging technologies, and the early weeks of their training will focus on mastering how to use the new gear. They will then move into vignette training in a highly contested environment, and then into a four-day force-on-force exercise. Whereas current urban training the Marines receive focuses on best practices with current technology, Project Metropolis II will seek to integrate in new gear or find new ways to use existing tools.

This first year will include tools to use thermal, infrared, optical and other sensors to bring greater awareness of the environment, especially in the electromagnetic spectrum; battle management aids to take that battlespace awareness and focus Marines’ assets; loitering munitions, nonlethal effects and other sophisticated tools to close in on the enemy; and unmanned vehicles to sense and attack.

Wortman said this and other experimentation events are planned in close coordination with operating units, who are eager to test out the latest and greatest technology and concepts.

“The operating forces recognize the challenge of the operating environment, so they’re hungry to experiment and to develop future capabilities with us,” he said.
“The art is really in making sure we do it in a way that’s mutually supportive and reinforcing, as opposed to creating a distraction for them.”

Also this summer will be a Fight the Naval Force Forward ANTX, meant to prepare the Marines for a massive event in Fiscal Year 2020 to “address fleet marine force contributions to a maritime component sea control campaign,” Wortman previously explained.

Wortman told reporters that this summer’s ANTX on the East Coast will focus specifically on naval maneuver, force protection and logistics. 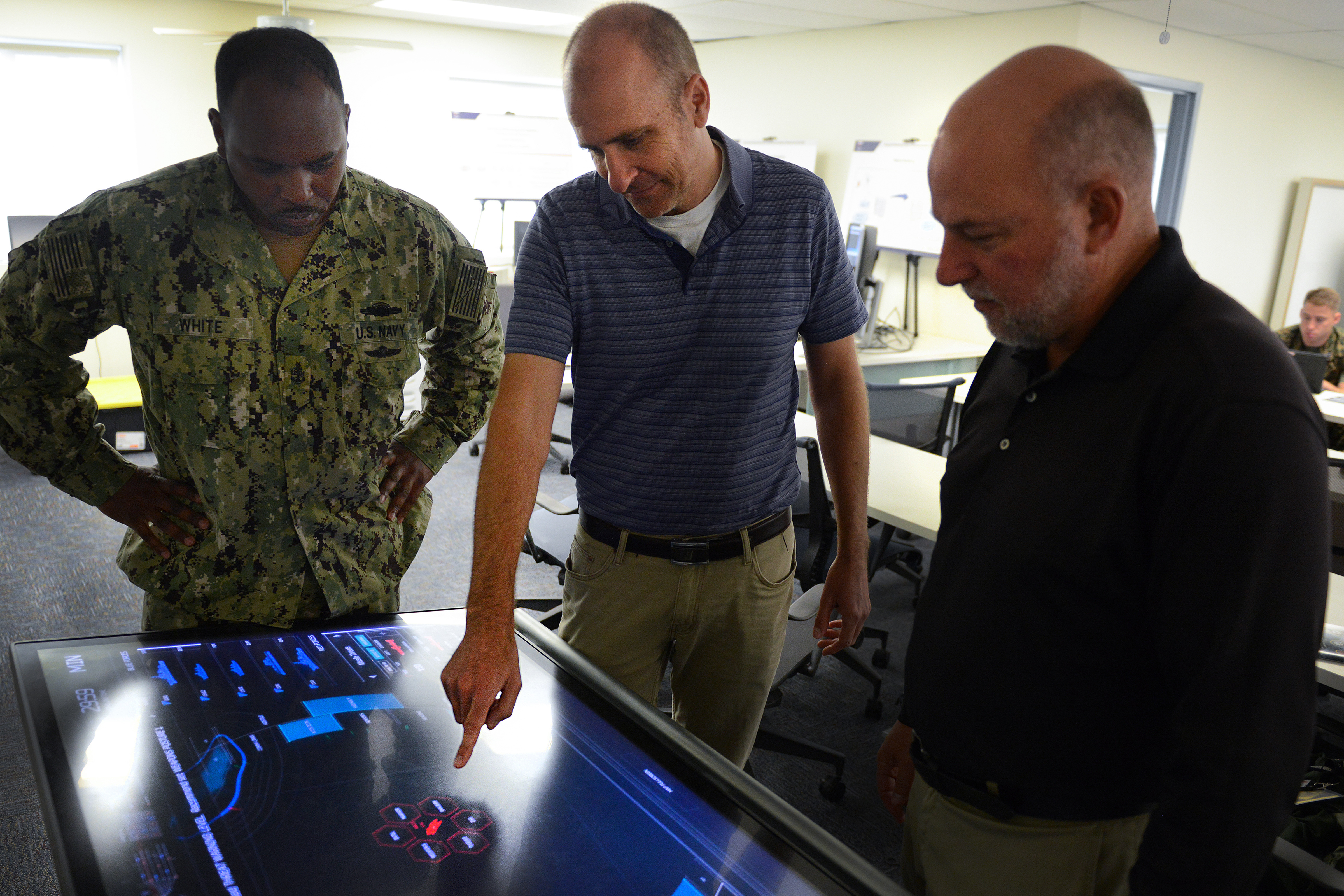 This follows an ANTX this spring in California that focused on 21st century combined arms. Wortman said more than 100 technologies were proposed and evaluated at the event, including 52 whose prototypes were used in the field by Marines. The service has begun allocating resources to invest in the highest-priority and highest-value systems, which range from information warfare systems to anti-ship missiles to unmanned systems to swarming munitions to distributed command and control tools.

In both the ANTX and Project Metropolis II this summer, Wortman said to expect a heavy emphasis on unmanned vehicles.

“We see tremendous value in unmanned and autonomous systems in every domain, supporting every mission area with a wide range of mission payloads. So unmanned surface vessels, semi-submersibles or underwater vessels, unmanned ground vehicles, unmanned air vehicles are all capabilities and technologies that we’re working to develop and that we’re conducting live-force experimentation with,” he said.
“For highly contested environments, we think that if we rely on unmanned and autonomous systems we’ll better be able to sustain and support high-tempo operations, and we’ll also be able to reduce the risk to the sailors and the Marines that execute those sustainment functions.”

Of particular interest is an unmanned ground vehicle that carries 75 pounds or less of goods for tactical-level distribution, Wortman said. Also of interest are small unmanned aerial vehicles that can support cooperative or swarming munitions.

“Those are of high value because any type of capability that operates cooperatively or that swarms makes it more challenging for an adversary to contend with,” he said.

The service is already moving out on some logistics-related unmanned systems, Wortman said, based on the results of experimentation last year that focused on unmanned in support of distribution, advanced logistics command and control, and advanced manufacturing and 3D printing. 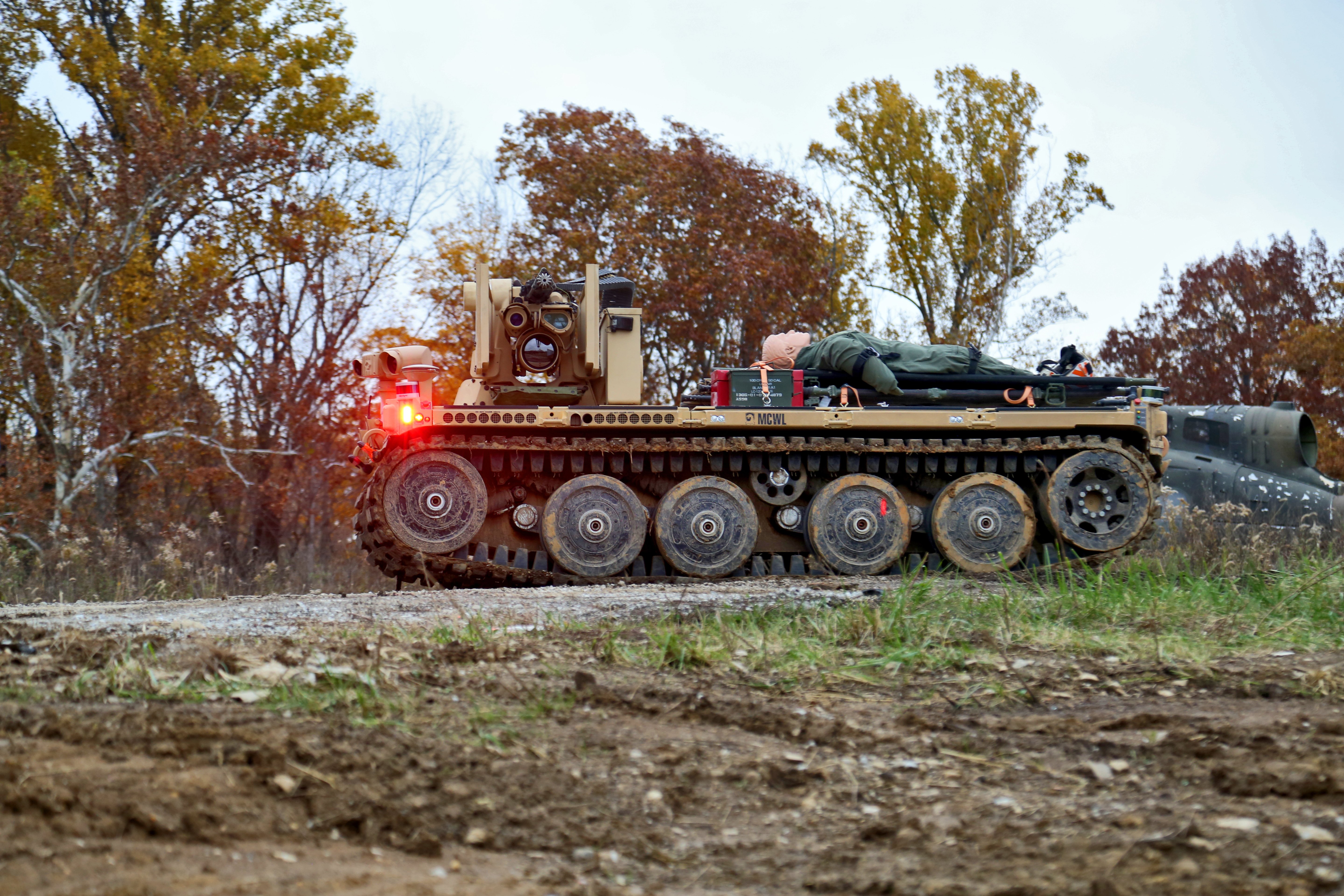 “We’ve developed a series of recommendations based off of our observation and assessment of all of those technologies. Those have been briefed to my one-star peers and they’ve been briefed to a couple of our three-star leaders,” Wortman said, with decisions still pending on how to move forward. Though he couldn’t get into specific actions, he said it was “important that everybody recognizes the imperative of logistics modernization. There are some elements of what we learned during the course of that wargaming and experimentation that require a three- or a four-star decision. There are many elements, though, that staffs across Headquarters Marine Corps and in the operating forces are already taking for action.”

Overall, as the Marines eye a high-end and complex environment for future operations, Wortman said there was a growing acknowledgement that “we need to put more pressure on our ability to sustain our force in exercises, because we expect that we will closely replicate the conditions we will operate in a combat environment.”