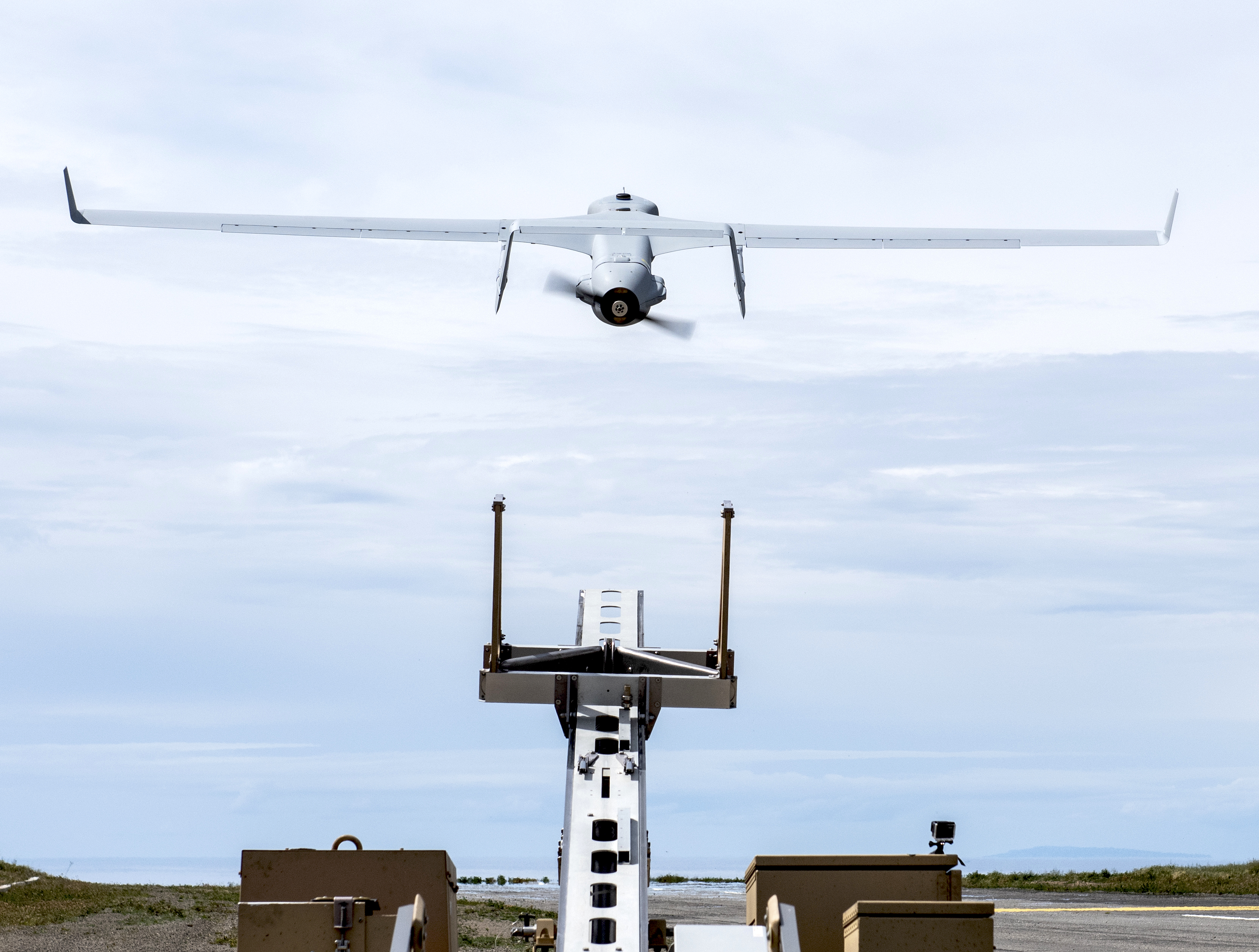 NAVAL BASE POINT LOMA, Calif. — After the attack on Pearl Harbor, the U.S. had two years to rebuild the Navy into the force that helped win World War II. In today’s era of great power competition from China and Russia, officials say, the Navy won’t have that kind of time.

“The pace of warfare at sea in the 1940s was the pace of ships and airplanes. The pace of war in this century – if it occurs – will be the pace of photons and electrons,” said Capt. Andrew Gainer, executive officer of Naval Information Warfare Center-Pacific in San Diego. “The first country that figures out how to fight effectively with those is probably going to win. There will no two-year learning curve. There will be no time to figure it out during the fight.”

Rapid advancements in technology outpace military acquisition or doctrinal development, so Navy and Marine Corps officials are using a series of advanced naval technology experimentation exercises to shorten that timeline gap and ensure operational forces in the high-tech battlespace are equipped for the high-end future conflicts.

The battlespace is changing rapidly, and “that change is accelerating, and so we have to accelerate in order to maintain our competitive advantage,” Rear Adm. Donald Gabrielson, commander of San Diego-based Carrier Strike Group 11, said Monday during a media roundtable for ANTX West 2019, which focused on 21st Century Combined Arms.

“The concept we’re after here is complex and is multiple, multi-domain in nature,” Carly Jackson, NIWC Pacific’s director of prototyping, told USNI News, noting the collaboration with naval partners from the undersea, surface, air and information warfare domains.

Some 60 defense contractors, technology companies, military laboratories and academics participated in the exercise, which wrapped up Tuesday with briefings to senior officials. Over 10 days, at the Navy’s offshore San Clemente Island ranges and in San Diego labs and facilities, participants demonstrated matured systems and technologies for possible follow-on development. 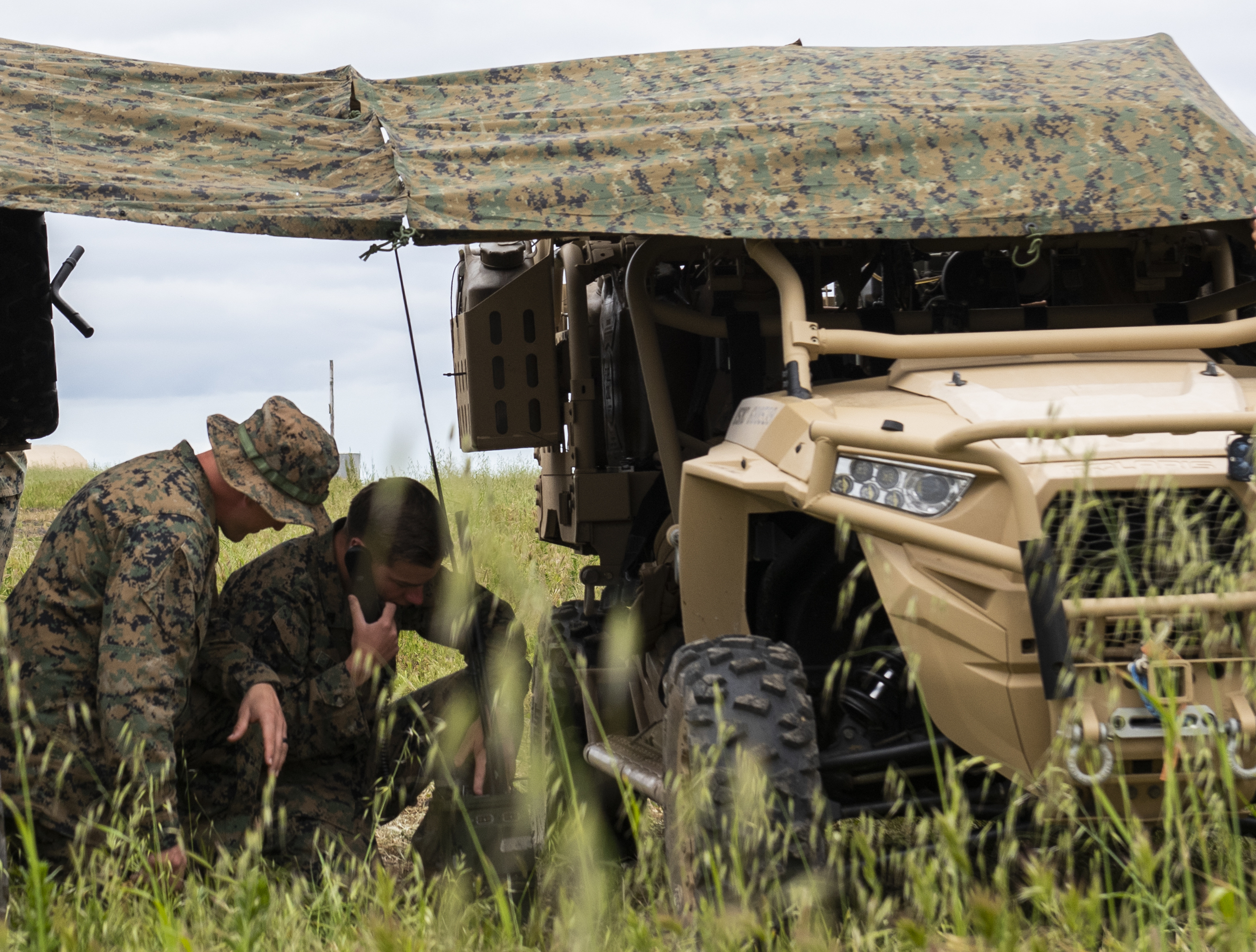 “We’re out there testing ideas, seeing what works, what’s possible,” said Gabrielson.
“This is innovation,” he added, “and this is exciting because it’s going to produce results.”

Officials want new command-and-control and surveillance technologies that give Navy and Marine Corps forces an edge over adversaries in highly-contested, high-tech environments and deny adversaries those same capabilities. “We know we are in a fight to sustain and expand our operational advantages,” Brig. Gen. Christian Wortman, the Marine Corps Warfighting Lab commander and vice chair of the Office of Naval Research.

Many tech solutions “are information-based, and that is right in our strike zone at SPAWAR,” Rear Adm. Christian Becker, head of San Diego-based Space and Naval Warfare Systems Command, said. Speed is critical and “how we make a decision and at what speed we can make an informed decision, that will be our edge,” he said.

Tech must enable naval forces to pivot quickly and “move to the fight we have that day… and be able to do it very agilely and quickly to adapt to any adversary or threat that may be out there,” said William Bray, deputy assistant secretary for naval research, development test and evaluation.

Tech also must be effective, affordable and developed with labs and engineers as well as warfighters, industry and academia working together to find tech solutions to specific problems, Bray said. “It’s very, very important that we have one integrated team moving forward,” he said, and each ANTX “gives us a great opportunity to really assess the technology from all those aspects and then enable decisions going forward.”

“There will be some that clearly bubble up, that we’re really ready to move forward on,” Bray said.

ANTX gives defense contractors and other commercial or private tech firms – small or large – a venue to access naval ranges, facilities and simulation centers through various agreements and authorities. Their tech systems and concepts go through realistic scenarios – some done through simulation and modeling, others out in the field – and with sailors and Marines providing input, feedback and assessment. To speed the process, the Navy uses a method called Tactics and Technologies Exploration and Experimentation. 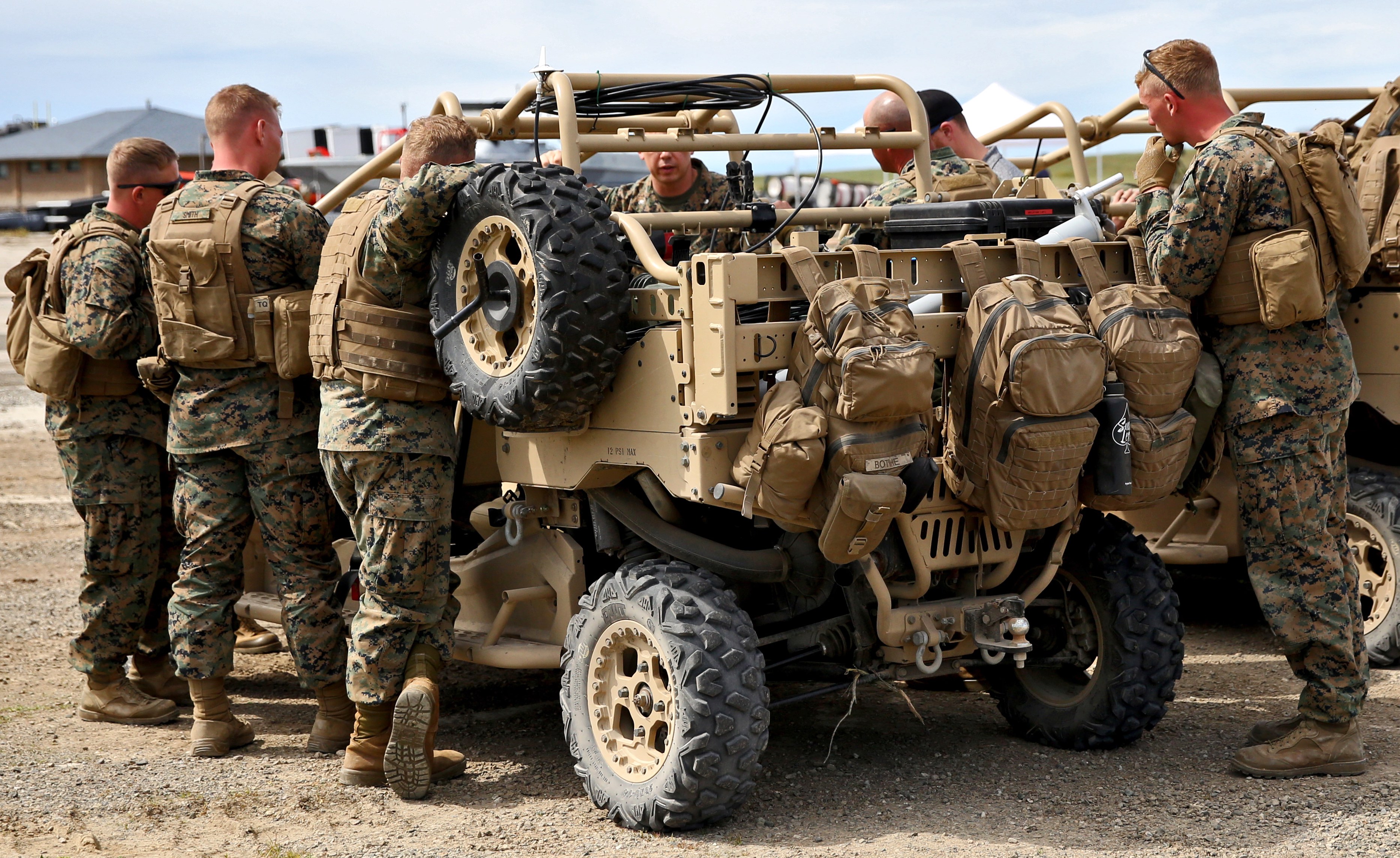 The TnTE2 method is about bringing “speed, scale and rigor” to the process, Jackson, who is leading the engineers’ response to the department’s Fight the Naval Force Forward Task Force, told USNI News. “We have really have pushed the limits on all three of those factors,” he said.

The method provides a research-and-development “ecosystem” where engineers, scientists and warfighters collaborate and help identify new technologies that can be rapidly prototyped and quickly fielded to sailors and Marines within 12 to 18 months. “We bring those warfighters together, face-to-face with technologists, and that’s where the innovation happens. That’s where the exploration can happen,” Jackson said. At ANTX, collaborations and partnerships “formed on the beaches, in the dirt, in the lab environments.”

The process and data-driven approach culminates during ANTX, and senior officials decide which tech would be examined further at fleet or field exercises or rapidly prototyped for fielding or acquisition. Engineers stand alongside warfighters “and discuss their designs. They get to say what works and what doesn’t work in the process,” Rich Byers, systems engineer with Naval Surface Warfare Center Panama City, Fla., and the naval integration lead during ANTX West, told USNI News. Tech that isn’t ready for prime time might benefit from rapid prototyping or science-and-technology investment, so “it helps guide our forces for the tools they may need in the future.” 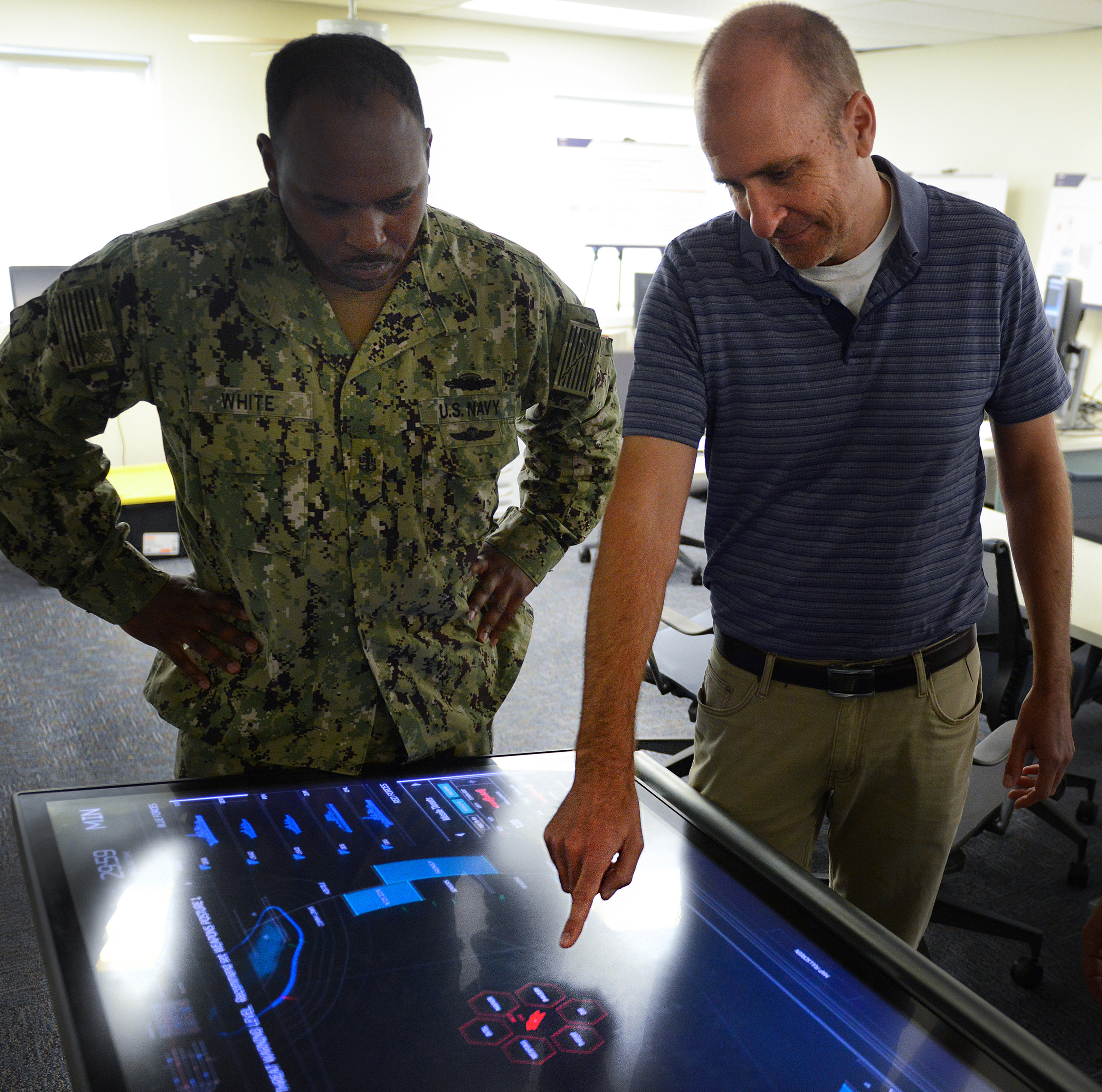 Some 70 assessors – 35 Navy or Marine Corps operators and 35 scientists or engineers – used tools developed by NSWC Panama City to collect thousands of user assessments from engineers and boots-on-the-ground Marines and sailors. “Those assessments are what is critically important at this event,” Jackson said. “Once you start unleashing that ingenuity, it’s pretty awesome. There is coding and integration and integration going on, as we speak.”

Since its 2016 start, the ANTX series has seen some successes. The 2017 Ship-to-Shore Maneuver Exploration and Experimentation ANTX, held at Camp Pendleton, had 75 of 132 participating technologies demonstrate on the beach. More than 50 were prototyped, and four led to programs of record, Jackson said, including unmanned swarming technologies and mission planning tool.

There were initial skeptics. “People were shocked at the scale that we assumed. They thought we would fail, basically,” she said. “But we were able to show a progressive approach that got more and more fidelity and more and more rigorous as you moved throughout. We were able to show that we could be fast, we could respond within six months, with hundreds of different technologies in the hands of warfighters, and we had a way to characterize them sufficiently to make decisions about the next phase.”