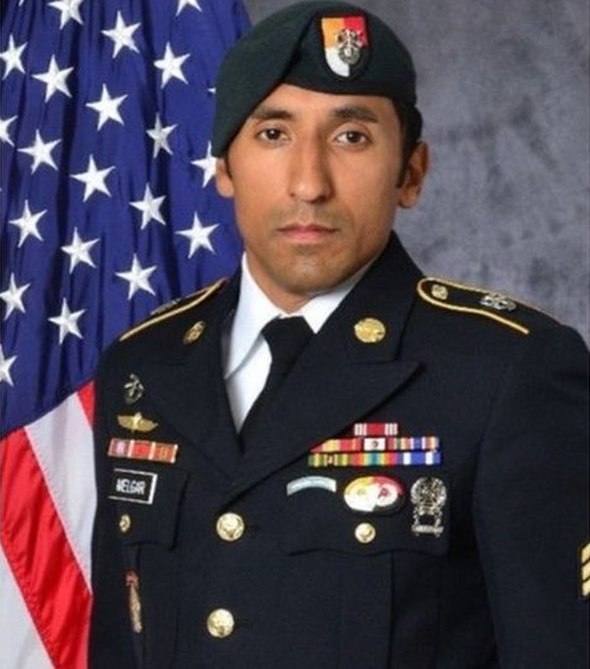 A U.S. Navy SEAL pled guilty to charges related to the hazing death of Army Staff Sgt. Logan Melgar and was sentenced to one year of confinement.

On Thursday, Chief Special Warfare Operator Adam Matthews pled guilty to charges related to Melgar’s death in Mali that included conspiracy to commit assault, unlawful entry, obstruction of justice and violating orders related to hazing. He had previously been charged with murder.

Matthews admitted in court that he, along with fellow SEAL Chief Special Warfare Operator Anthony DeDolph and Force Recon Marines Gunnery Sgt. Mario Madera-Rodriguez and Staff Sgt. Kevin Maxwell, broke into Melgar’s room in the house they shared in Bamako on June 4, 2017.

The SEALs, the Marines and Melgar, an Army Green Beret, were part of the same joint special operations detachment attached to the U.S. Embassy in Bamako.

The SEALs and the Marines intended to bind Melgar and humiliate him on video as punishment for perceived slights he committed while living with the SEALs, Matthews said during the appearance before a military judge.

Those included “an incident in which Melgar was driving his motorcycle to a party at a diplomatic embassy in the capital city. Two Marines were following in another vehicle before Melgar drove off, Matthews said,” reported The Associated Press.
“Matthews suggested that the Marines felt Melgar had abandoned them in an unsafe city that’s been the target of terrorist activity.”

On the night of the attack, the quartet broke down Melgar’s door with a sledgehammer and bound him with duct tape, according to investigators.

DeDolph had Melgar in a choke hold during the hazing when Melgar lost consciousness and the SEALS and Marines could not revive him, Matthews said.

“I can’t describe how sorry I am for the death of Staff Sgt. Melgar,” Matthews said, reported The AP. “I am truly sorry.”

In addition to a year in the brig, Matthews was demoted to Special Operator 2nd Class and risks a bad conduct discharge that could cost him his medical benefits. Matthews was wounded in combat and earned the Purple Heart during an action in Afghanistan.

“I am tormented by my complacency at a time when my teammates required my guidance and the situation required bold, corrective action,” Matthews said, reported The Washington Post.