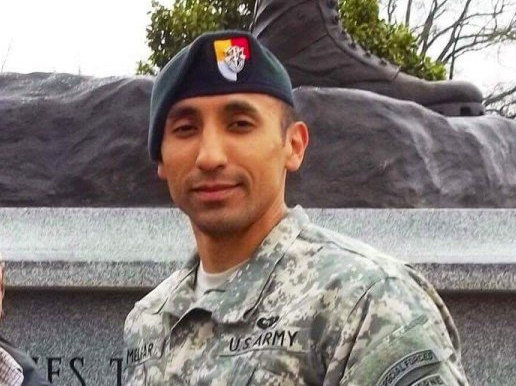 Two Navy SEALs and two Marine Raiders are facing murder charges in the 2017 death of U.S. Army Staff Sgt. Logan Melgar in a house in Mali, according to charge sheets obtained by USNI News.

The SEALs and Marines are all charged with murder and obstructing justice in the June 4, 2017 death of Melgar. The charge sheets accuse the four of breaking into Melgar’s room, binding him with duct tape while a SEAL choked Melgar to death and then lying to investigators about what had happened.

The criminal charges were preffered to the four on Wednesday, according to a statement from Navy Region Mid-Atlantic provided to USNI News.

While the redacted charge sheets provided to USNI News neither identify the SEALs nor the Marines, a 2017 Army Criminal Investigation Command report identified the SEALs involved in the incident as Petty Officer Antony DeDolph and Chief Petty Officer Adam Cranston Matthews. According to the CID report, a witness said DeDolph admitted he had “choked Logan out” after he and Matthews bound Melgar with duct tape. A medical examiner ruled Melgar’s death a homicide by asphyxiation.

None of the suspects are in pretrial confinement.
DeDolph and Matthews, members of the Naval Special Warfare Development Group also known as SEAL Team 6, are currently serving on active duty in Virginia. The Marine Raiders are on active duty in North Carolina.

The SEALs and Melgar lived in the same house and were members of the same joint special operations team attached to the U.S. Embassy in Bamako, USNI News has learned. Army CID turned over the case to NCIS once determined the Marines and SEALs were involved.

While the charges did not give hint to motive, The Daily Beast reported on Thursday, “there was an ongoing disagreement between the Green Beret and DeDolph over the SEAL’s professionalism.”

“If these allegations of misconduct are substantiated, they represent a violation of the trust and standards required of all service members,” U.S. Special Operations Command spokesman Navy Capt. Jason Salata told USNI News on Thursday. “We trust our service members to safeguard our nation’s most sensitive interests and to do so with honor.”

Late last month, Rear Adm. Charles Rock, the commander of Navy Region Mid-Atlantic, was appointed as the consolidated disposition authority to oversee the disciplinary actions of sailors and Marines tied to Melgar’s death.

“CDAs are appointed primarily as an efficiency measure, as there are common facts on multiple related cases, and to mitigate the risk of disparate outcomes among the cases,” he said. “However, consistency of outcomes is usually warranted within a service, but I’m not sure it’s a highly prized characteristic between services. In fact, the services all have distinct cultures when it comes to punishment. [For example] cases that earn a court-martial in the Marine Corps can frequently be handled through administrative action in other services.”

The SEALs and Marines will now face a preliminary Article 32 hearing on the charges at Naval Station Norfolk on Dec. 10.