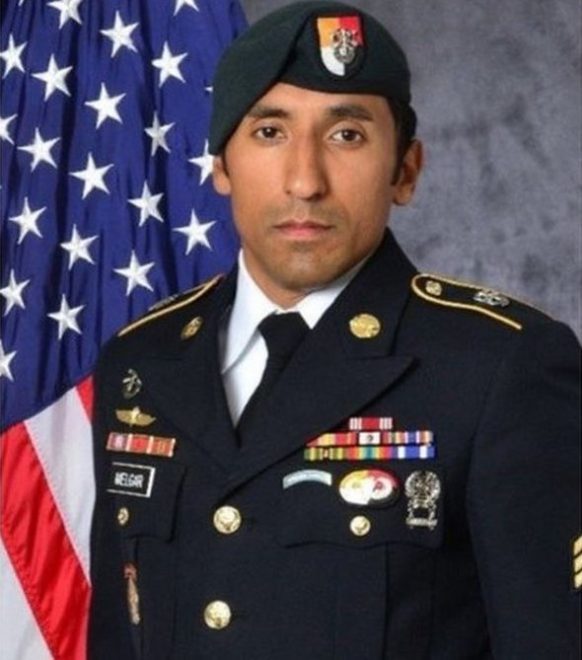 THE PENTAGON — The Navy has ordered an admiral to oversee see disciplinary actions related to the death of an Army Special Forces soldier in Mali last year following the completion of an NCIS investigation, USNI News has learned.

Rear Adm. Charles Rock, the commander of Navy Region Mid-Atlantic, was appointed in late October to oversee cases related to the death of Army Staff Sgt. Logan Melgar, as the NCIS investigation was concluding.

Melgar, 34, died after a June 4, 2017 struggle with two Navy SEALs who were living in the same house as the solider and were part of the same small joint special operations unit attached to the American Embassy in Bamako.

Navy officials confirmed to USNI News on Tuesday the NCIS investigation had concluded.

“NCIS has forwarded an investigation report into the case of the death of Army Staff Sergeant Logan Melgar on June 4, 2017, in Bamako, Mali,” read a statement from Navy spokesman Capt. Greg Hicks. “The report has been forwarded to commander, Navy Region Mid-Atlantic, designated as the Consolidated Disposition Authority by the Secretary of the Navy to review all relevant information pertaining to Staff Sergeant Melgar’s death and make determinations regarding administrative or disciplinary actions as appropriate.”

The SEALs, Petty Officer Antony DeDolph and Chief Petty Officer Adam Cranston Matthews, gave investigators conflicting stories as to what had happened prior to and during the 4 a.m. incident in which Melgar died after DeDolph put him in a chokehold.

A witness told investigators that DeDolph had admitted he “choked Logan out” and that Matthews and DeDolph had bound Melgar with duct tape before the choke hold, according to a 2017 Army Criminal Investigation Command report into the death before the case was transferred to NCIS. A medical examiner ruled the death a homicide by asphyxiation, according to the same report, which USNI News has viewed.

DeDolph and Matthews, members of the Naval Special Warfare Development Group also known as SEAL Team 6, are currently on administrative hold in Virginia.

The Marine Raiders lived in the same house with Melgar and the SEALs and were all part of the joint special operations team that was attached to the U.S. Embassy in Bamako, Mali. The investigation into the Marines related to Melgar’s death was first reported in May by NBC.

Following the conclusion of the investigation, Rock will determine the charges – if any – that will be filed over the death of Melgar.

In his role as the consolidated disposition authority, Rock is responsible for meting out punishments for the Marines and SEALs involved in Melgar’s death. It would be the first time that a CDA would oversee cases across two services, Rob “Butch” Bracknell, a former Marine and military lawyer, told USNI News last week.

“CDAs are appointed primarily as an efficiency measure, as there are common facts on multiple related cases, and to mitigate the risk of disparate outcomes among the cases,” he said. “However, consistency of outcomes is usually warranted within a service, but I’m not sure it’s a highly prized characteristic between services. In fact, the services all have distinct cultures when it comes to punishment. [For example] cases that earn a court-martial in the Marine Corps can frequently be handled through administrative action in other services.”

While the CDA arrangement between the Marines and the Navy is “highly unusual,” the appointment of Rock indicates the Department of the Navy is likely set to take at least some of the cases to courts-martial, Bracknell said.

“If the case has been forwarded to a CDA, the D stands for ‘disposition’,” he said. “While no action and administrative action are dispositions, it seems like the services are gearing up for a more formal punishment process.”