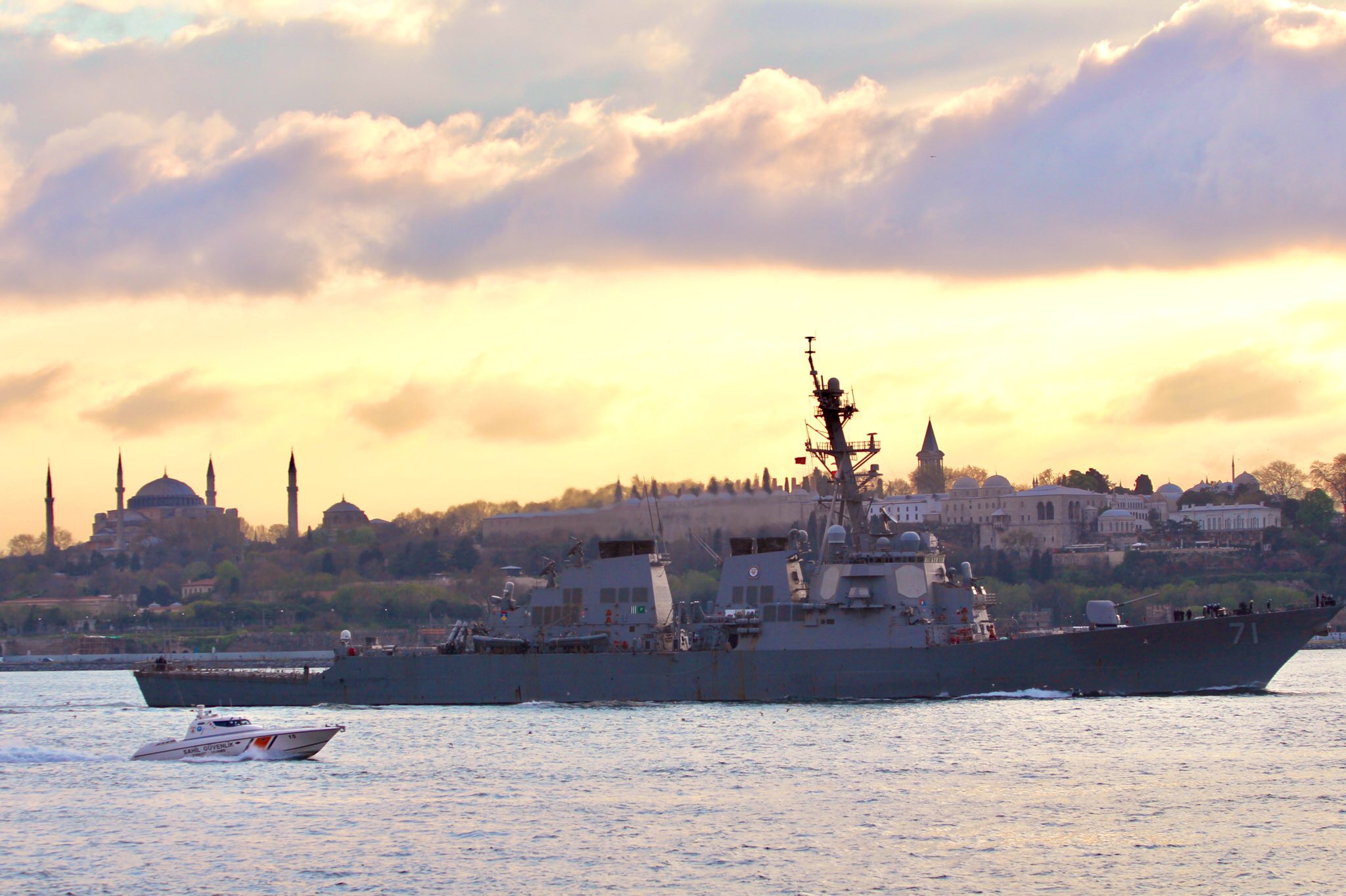 USS Ross transits the Bosphorus with Hagia Sophia in the background. Photo by Yörük Işık‏ used with permission.

The guided-missile destroyer USS Ross (DDG-71) entered the Black Sea over the weekend, the fourth time in 2019 a U.S. Navy ship entered the body of water.

“Our allies in the Black Sea continue to play a key role in maintaining security in the European theater,” Cmdr. Dave Coles, commanding officer of Ross, said in the statement. “The crew and I look forward to enhancing our interoperability in a dynamic environment as well as experiencing the rich history and culture in this region.”

However, Russia has long considered the presence of warships from non-Black Sea nations as a threat and regularly tracks their movements from the sea and air.

“The Black Sea Fleet forces are constantly monitoring the movement of the U.S. Navy’s Ross guided-missile destroyer that entered the Black Sea on April 14, 2019,” said a statement issued by the Russian National Defense Management Center, reported by the state-run TASS news agency.

A Russian Navy Vasily Bykov-class patrol vessel and Russian Navy reconnaissance ship Ivan Khurs were reported to be monitoring Ross’ movements, according to the TASS report.

With the recent uptick of NATO activity in the Black Sea, political commentators in Moscow are pushing their government to call for a rethinking the Montreux Convention, according to an April report by regional expert Paul Goble for the Jamestown Foundation in Washington D.C.

Any actual push by the Kremlin for changes to the Montreux Convention will likely occur behind the scenes, Goble states in his report. The Russian government probably would welcome new limits of foreign ships entering the Black Sea but needs Turkey also to support new talks.

The Kremlin’s concern, Goble states, is “at present, it feels that it cannot move forward too publicly in that direction lest it create a situation that would lead to a deterioration of Russian-Turkish relations and more firmly cement Turkey in the Western alliance.”