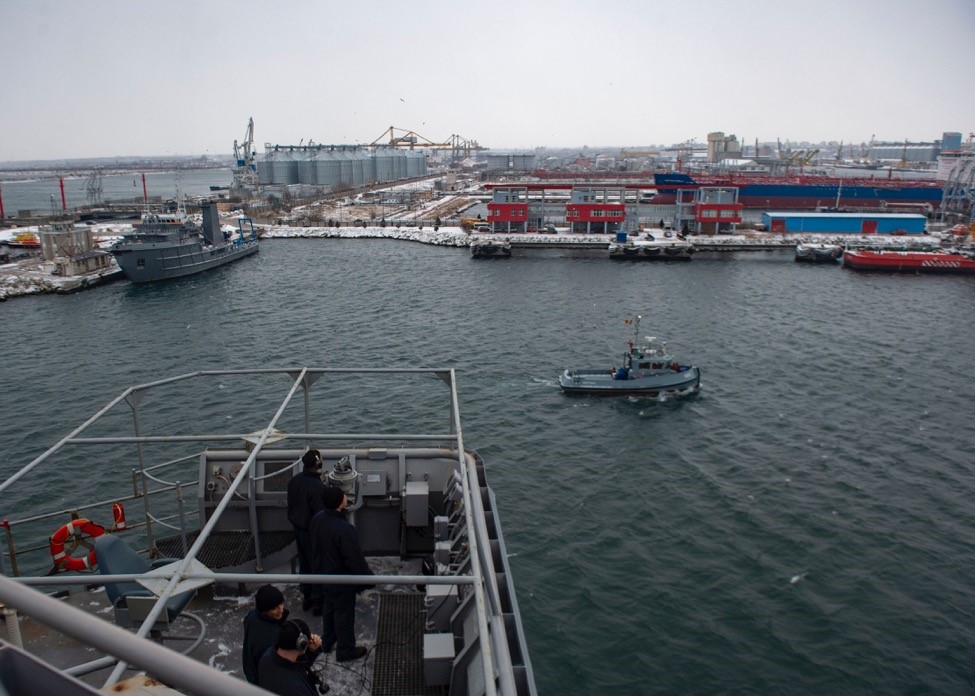 In November, Russian forces seized three Ukrainian ships operating near the Crimean Peninsula, in a strait that is shared by both Ukraine and Russia under international law, according to media reports. By sending Whidbey Island-class docking landing ship Fort McHenry with embarked forces from the 22nd Marine Expeditionary Unit (MEU) into the Black Sea now, the U.S. Navy is signaling to all nations in the area a U.S. commitment to upholding international law in the region, a top Navy leader in the region said.

“USS Fort McHenry’s transit into the Black Sea reaffirms our collective resolve to Black Sea security and enhances our strong relationships with our NATO allies and partners in the region,” Vice Adm. Lisa Franchetti, the commander of U.S. 6th Fleet, said in a statement. “Our routine operations in the Black Sea also demonstrate the inherent flexibility and capability of U.S. 6th Fleet naval forces.”

Last year, the Navy sent several ships on Black Sea patrols, in accordance with international law, including the Montreux Convention that limits the type of ships that can patrol the sea and amount of time a vessel can remain in the area. In 2018, Blue Ridge-class command and control ship USS Mount Whitney (LCC-20), USS Oak Hill (LSD-51) with embarked elements of the 26th MEU, and Arleigh Burke-class guided-missile destroyers USS Ross (DDG-71), USS Carney (DDG-64) and USS Porter (DDG-78) all visited the Black Sea. Spearhead-class expeditionary fast transport USNS Carson City (T-EPF-7) made the first visit by a ship of its class to the Black Sea. 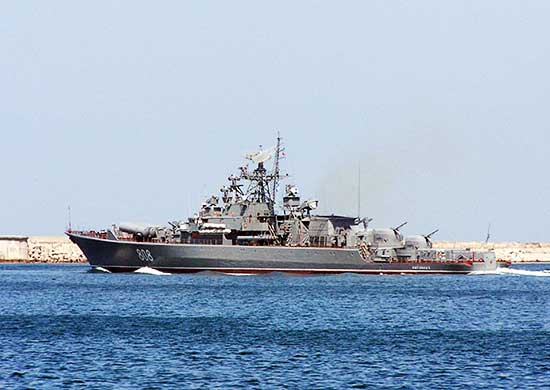 The Russian Navy took notice of Fort McHenry’s arrival and dispatched the frigate RFS Pytlivy 808 to monitor Fort McHenry’s movements in the Black Sea, including its port visit in Romania, according to several Russian media reports, including the TASS News Agency that is closely aligned with the Kremlin.

“At the end of the visit, the landing ship Fort McHenry and the Romanian frigate Regele Ferdinand (King Ferdinand) will conduct joint exercises in the territorial waters of Romania and in the international waters of the Black Sea,” according to an English translation of a TASS report.

As of Monday, the U.S. Navy had not announced any planned exercise or joint operations, a Navy spokesperson told USNI News.

However, the crew of Fort McHenry and embarked Marines were looking forward to visiting the Romanian port city of Constanta, which was initially settled roughly 2,500 years ago during Roman rule. Legend has it, Jason and the Argonauts visited the port, according to Romania’s tourism department.

“The sailors and Marines of Fort McHenry have a great opportunity to experience a historic city,” Cmdr. Steve Schmidt, the commanding officer of Fort McHenry, said in a statement. “We stand together with our Romanian allies and partners to maintain a safe, secure and prosperous region. Strong relationships are the foundation of peace and prosperity.”