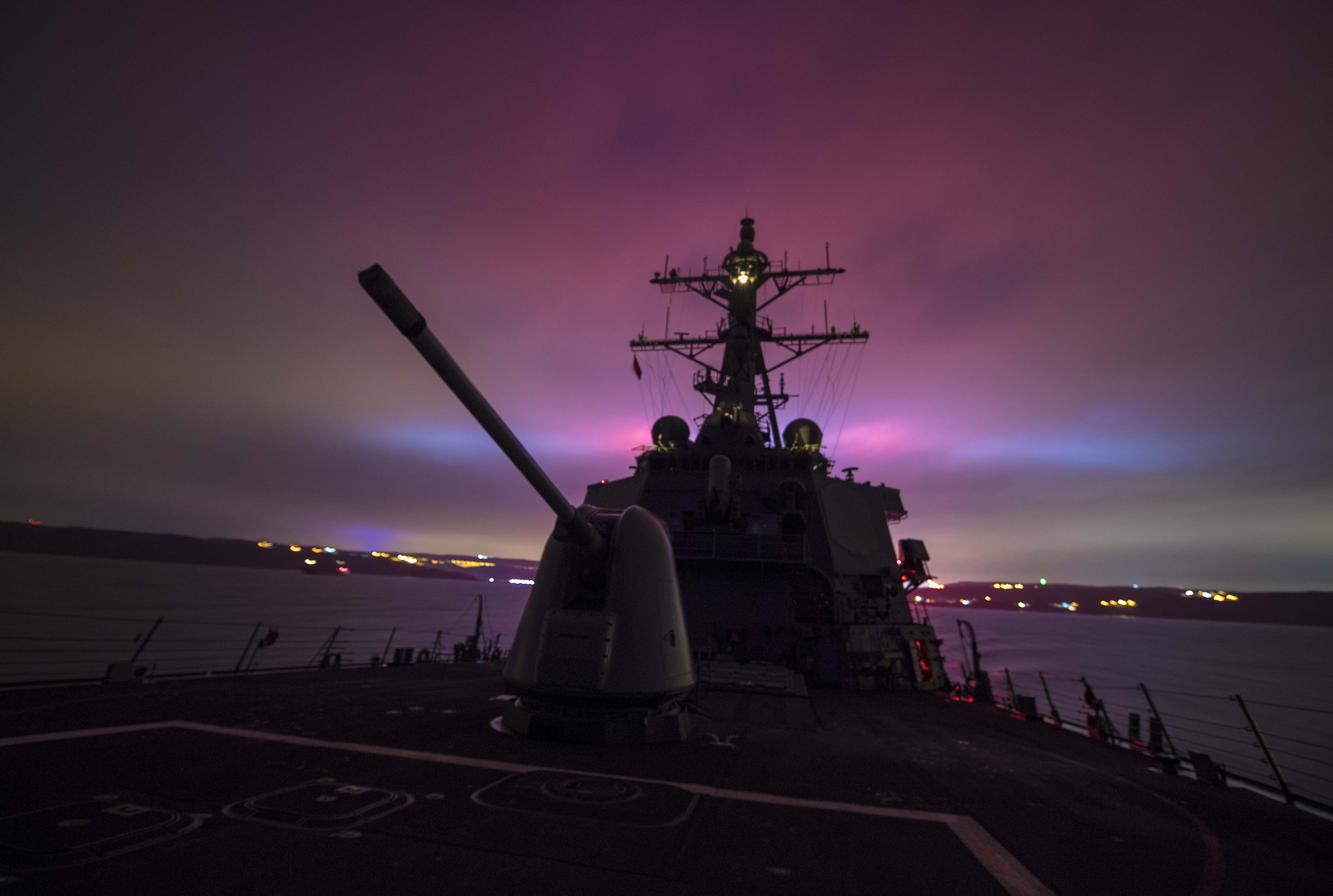 Under cover of darkness, U.S. Navy guided-missile destroyer USS Ross (DDG-71) slipped through the Bosporus Strait and into the Black Sea on Friday. The next day USS Carney (DDG-64) joined Ross.

The ships are operating are part of an unspecified regional “proactive” presence mission in the sea bordered by Russia, according to the Navy.

“Our decision to have two ships simultaneously operate in the Black Sea is proactive, not reactive,” U.S. 6th Fleet commander Vice Adm. Christopher Grady said in a statement.
“We operate at the tempo and timing of our choosing in this strategically important region. By nature, ships are flexible, mobile forces.”

While the U.S. didn’t specify a reason for the patrol, the destroyers arrive at a particularly tense period between Moscow and Washington. On Friday, federal prosecutors indicted 13 Russian citizens for being part of a systemic operation to spread misinformation during the U.S. 2016 presidential campaign. The patrol also follows a Feb. 7 incident in Syria in which pro-Bashar al Assad forces and Russian contractors attempting to assault a rebel headquarters were killed by U.S. airstrikes.

The destroyers also arrived in the Black Sea during the fourth anniversary of the Sochi Winter Olympics in Russia. Russia’s success hosting the games is thought to have helped President Vladimir Putin win the nationalist support he needed to proceed with Moscow’s forced annexation of Crimea from Ukraine.

“The last time two U.S. ships operated in the Black Sea was July 2017, during U.S.-Ukraine co-hosted exercise Sea Breeze,” read a statement from the 6th Fleet.
“U.S. 6th Fleet ships regularly conduct bilateral and multilateral patrols with our Black Sea partners and allies, including Bulgaria and Turkey, and to conduct exercises with other partners and allies.”

Ross and Carney are two of four U.S. ballistic missile defense-capable destroyers that are forward deployed to Naval Station Rota, Spain and routinely patrol the Mediterranean and the Black Sea.