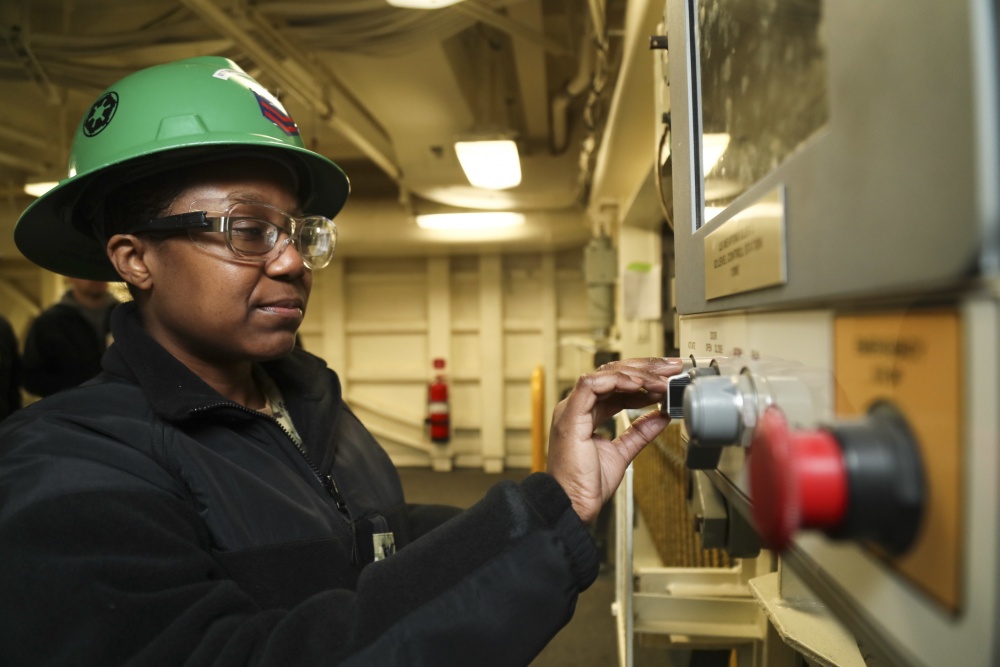 The Navy accepted the second advanced weapons elevator aboard USS Gerald R. Ford (CVN-78) a month after the first elevator was deemed operational.

Ford, which is undergoing a post-shakedown availability (PSA) in Newport News, Va., was commissioned into the fleet in July 2017 without any of its 11 weapons elevators fully operational.

With two weapons elevators now functioning, Ford’s crew is expected to speed up the time needed to bring the remaining nine elevators online, the Navy said. Lessons learned from the process to get the first two elevators working is being applied to the rest of the elevators, Cmdr. Joe Thompson, Ford’s weapons officer, said in a statement.

“This is a huge step for us,” Thompson said in a media release. “With one forward, and now one aft – this brings us one step closer to being a truly lethal weapons department.”

By removing redundant steps and merging testing the programs of the Naval Surface Warfare Center and Huntington Ingalls Industries – Ford’s builder – 10 days were shaved off the amount of time it took for the Navy accept the second elevator, compared to how long it took for the first to be accepted, said Capt. John J. Cummings, Ford’s commanding officer.

“Our weapons department sailors are hungry to operate these elevators so we can start developing procedures to maximize the flow of ordnance from our magazines to the flight deck,” Cummings said in a statement.

Aside from needing the elevators to be in working order for Ford to be an active capital ship, Secretary of the Navy Richard V. Spencer promised President Trump he would get all of Ford’s weapons elevators working. 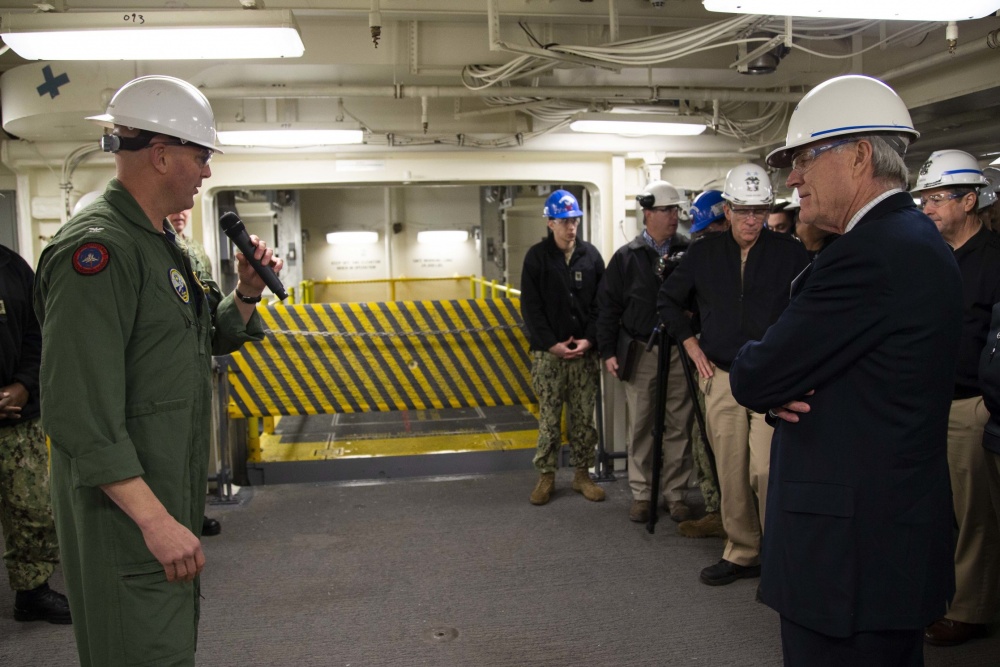 Spencer reportedly told Trump he would resign if all 11 elevators are not working by the PSA’s end, scheduled to occur in July.

During a January event hosted by the Center for a New American Security, Spencer recounted how during December’s Army-Navy football game he offered to quit if the elevators were not working by the time Ford finishes its PSA.

“I asked him to stick his hand out; he stuck his hand out. I said, let’s do this like corporate America. I shook his hand and said, the elevators will be ready to go when she pulls out or you can fire me,” Spencer said.