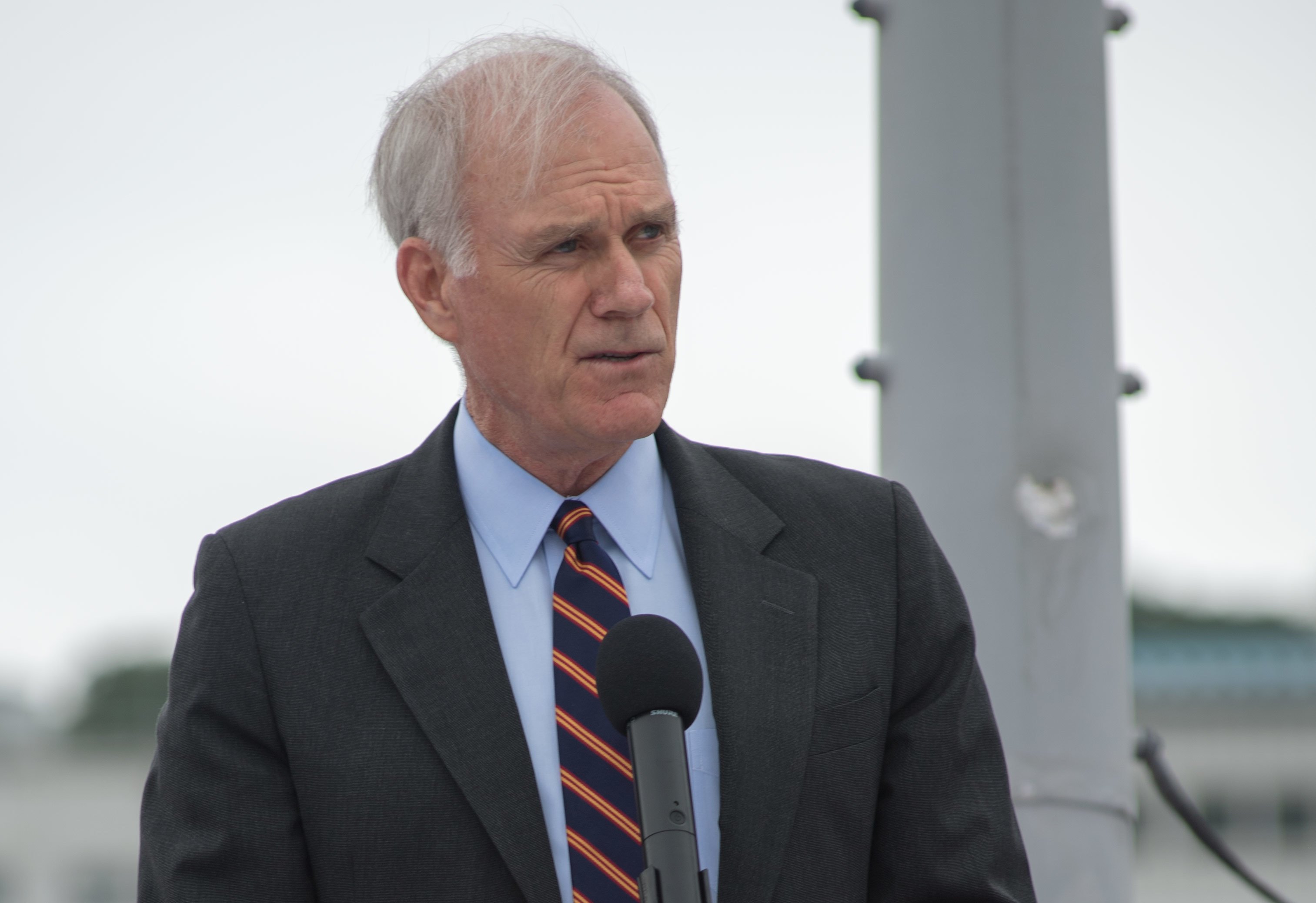 This post has been updated to include additional statements from the Navy and from Sen. Jim Inhofe.

WASHINGTON, D.C. – The Navy Secretary has committed that the service and its industry partners will have working weapons elevators on aircraft carrier USS Gerald R. Ford (CVN-78) by the end of the summer – and the secretary’s job is now on the line over that issue.

The Navy accepted delivery of the first-in-class carrier and commissioned it into the fleet without any functioning weapons elevators. The carrier is now in its post-shakedown availability at builder Newport News Shipbuilding, after spending a year at sea running the ship to discover any potential flaws.

Though the Navy already said the elevators would be addressed during this PSA period, the stakes are now higher: Navy Secretary Richard V. Spencer told President Donald Trump that the elevators would be installed and working by the time the carrier returns to sea, or else the president can use his famous “you’re fired” line on the service secretary.

Spencer said this morning at an event hosted by the Center for a New American Security that he spoke to Trump at length last month at the Army-Navy football game in Philadelphia.

“I asked him to stick his hand out; he stuck his hand out. I said, let’s do this like corporate America. I shook his hand and said, the elevators will be ready to go when she pulls out or you can fire me,” Spencer said, adding that someone had to take accountability over the ongoing elevator challenges.
“We’re going to get it done. I know I’m going to get it done. I haven’t been fired yet by anyone; being fired by the president really isn’t on the top of my list.”

The president isn’t the only one who will hold the Navy accountable for the weapons elevators being complete by the end of Ford‘s PSA. Sen. Jim Inhofe (R-Okla.), chairman of the Senate Armed Services Committee, tied his approval of the Navy’s desire to buy two carriers, CVNs 80 and 81, in a single contract to the Navy’s ability to get the weapons elevator issue resolved.

“I remain concerned with construction challenges on the lead ship of the Ford-class, USS Gerald R. Ford (CVN-78). The fleet needed and expected this ship to be delivered in 2015. Until all of the advanced weapons elevators work on CVN-78, we only have ten operational aircraft carriers, despite a requirement for 12. This mismatch deprives our fleet commanders of a ship they need and increases stress on existing aircraft carriers to cover the gap,” he said in a statement provided to USNI News.
“Based on the plan the Navy presented to me in November for CVN-78, these 11 elevators should be fully operational in the next eight months with no lingering issues affecting CVN-80 or CVN-81. I have requested the Navy provide monthly updates on these elevators until the fleet receives the fully operational aircraft carrier that taxpayers have spent more than $13 billion to build.”

The elevator issue has plagued the carrier for years, even if it garnered less attention than other high-profile new technologies on the carrier, such as the new Electromagnetic Aircraft Launch System (EMALS) and the Advanced Arresting Gear, both of which had their own fair share of technical problems. 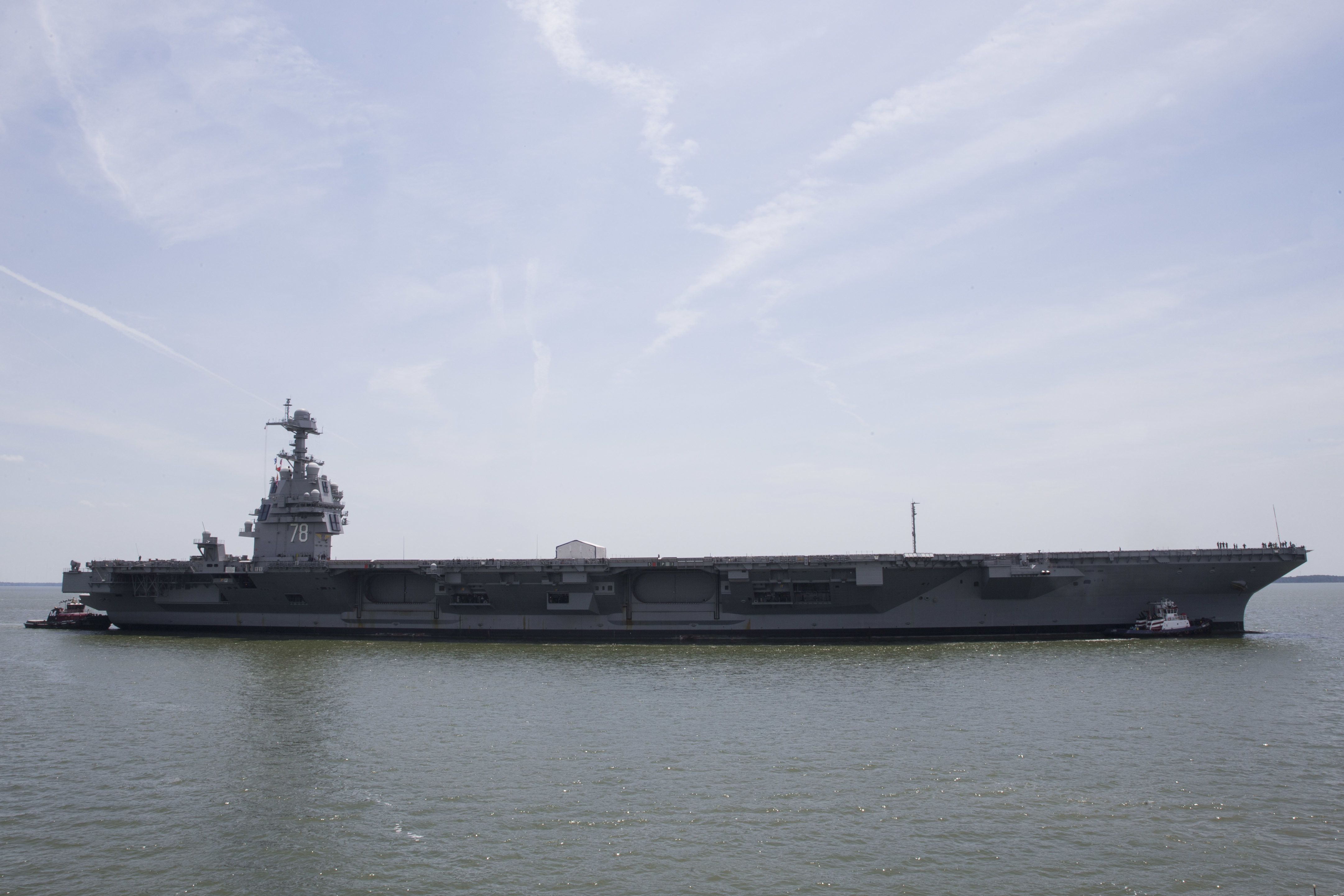 In 2016, the late Sen. John McCain (R-Ariz.), who then chaired the Senate Armed Services Committee, railed against the Ford-class program, noting that Ford was already overdue to be delivered to the Navy and still was facing ongoing technical difficulties.

“The Navy’s announcement of another two-month delay in the delivery of CVN-78 further demonstrates that key systems still have not demonstrated expected performance. The advanced arresting gear (AAG) cannot recover airplanes. Advanced weapons elevators cannot lift munitions. The dual-band radar cannot integrate two radar bands. Even if everything goes according to the Navy’s plan, CVN-78 will be delivered with multiple systems unproven,” McCain said in a July 2016 hearing.

A month later the Pentagon announced a 60-day review of the Ford program, with a specific focus on five technology areas, including the elevators.

Ford ultimately delivered to the Navy in June 2017 and commissioned a month later, still without working weapons elevators.

In July 2018, when Ford entered PSA, the Navy said the maintenance availability had been extended from a planned eight months to a full year, to accommodate both the typical work that arises in PSA but also deferred work such as the construction and installation of weapons elevators and an upgrade to the AAG, whose technical challenges greatly contributed to the delayed delivery and commissioning of the ship.

During a November SASC hearing, Assistant Secretary of the Navy for Research, Development and Acquisition James Geurts assured lawmakers that work was ongoing with the installation, test and certification of the elevators. Geurts said then that the construction and installation of the 11 elevators would be done by the end of PSA but that certification activities might still be ongoing when Ford leaves the Newport News Shipbuilding pier.

Geurts’ spokesman, Navy Capt. Danny Hernandez, told USNI News today that more progress has been made on the elevators since that SASC hearing.

“The 11 Advanced Weapons Elevators are in varying levels of construction, testing and operations. The first elevator was successfully turned over to the crew in December. Our plan is to complete all shipboard installation and testing activities of the advanced weapons elevators before the ship’s scheduled sail away date in July,” he said.
“In our current schedule, there will be some remaining certification documentation that will be performed for five of the 11 elevators after PSA is compete. A dedicated team is engaged on these efforts and will accelerate this certification work and schedule where feasible.”

Spencer said this morning that Trump also asked him about the EMALS catapult system at the football game, in another example of the president’s interest in the ship system that dates back to the beginning of his presidency.

“During the football game, the Army-Navy football game, I spent some time with the President and we talked about EMALS. He said, should we go back to steam? I said, well Mr. President, really look at what we’re looking at. EMALS, we got the bugs out. But what you really have to understand is the aperture of EMALS,” Spencer said at the CNAS event.
“It can launch a very light piece of aviation gear, and right behind it we can launch the heaviest piece of gear we have. Steam can’t do that. And by the way, parts, manpower, space – it’s all to our advantage” with EMALS.