During the exchange with Capt. Pat Hannifin, Reagan’s commanding officer, Trump asked about the condition of the ship and wanted to know how the Nimitz-class Reagan compared with the nation’s newest carrier, the first-in-class USS Gerald R. Ford (CVN-78). 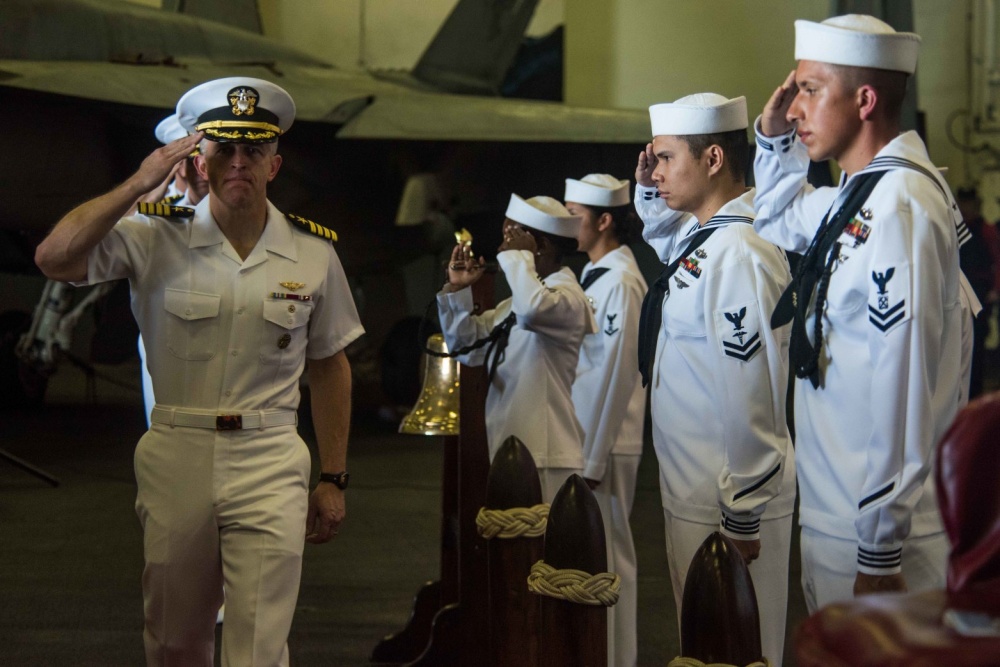 The size and scope of the two carriers are about the same, he continued. Ford has some technological improvements to the plants, the radars, the catapults.

“Tell me about the catapult,” Trump asked before Hannifin finished his answer. “On Gerald Ford, they don’t use steam which is the first one that I’ve ever heard of that doesn’t use steam. I know they have some difficulties which I’m not happy about, they spent a lot of money. I was just curious, the steam system is tried and true for many, many years, as long as we’ve had aircraft carriers, how do you find steam versus what they’re doing on the Gerald Ford which is electronic and digital if you can believe it.”

Among the technological advances designed for the $13 billion Ford is an advanced arresting gear system and the new electromagnetic aircraft launchers (EMALS) which does not use steam to power the catapults launching aircraft off the flight deck. Without the need to produce steam, the Ford-class reactor design is smaller and more efficient than reactors earlier nuclear aircraft carriers. The Ford-class propulsion system generates three-times as much electricity as what is generated by the Nimitz-class carriers, according to the Navy.

“Yes sir, all of our Nimitz supercarriers have been using steam for decades, and we find pretty reliable. However the electromagnetic catapults they’re running there offer some great benefits,” Hannifin said. “Obviously any new piece you gotta’ work through the bugs, but they offer some benefits, not only to stress and strain on the aircraft to extend service life. I have no doubt we’ll work through that just as we worked through all of our other advancements and continue to bring it to the enemy when we’re called to do so.”

During the post-shakedown availability, Ford is receiving EMALS software updates. The EMALS updates will improve the way the system handles launching the heaviest aircraft – Super Hornets and Growlers with fully-loaded external fuel tanks.

“Yes sir, sir you have to be Albert Einstein to run the nuclear power plants we have here as well, but we’re doing that very well,” Hannifin answered. “Sir, Mr. President I would go electro-magnetic cats, I think that’s the way to go, we do pay a heavy cost to transit the steam around the ship.” 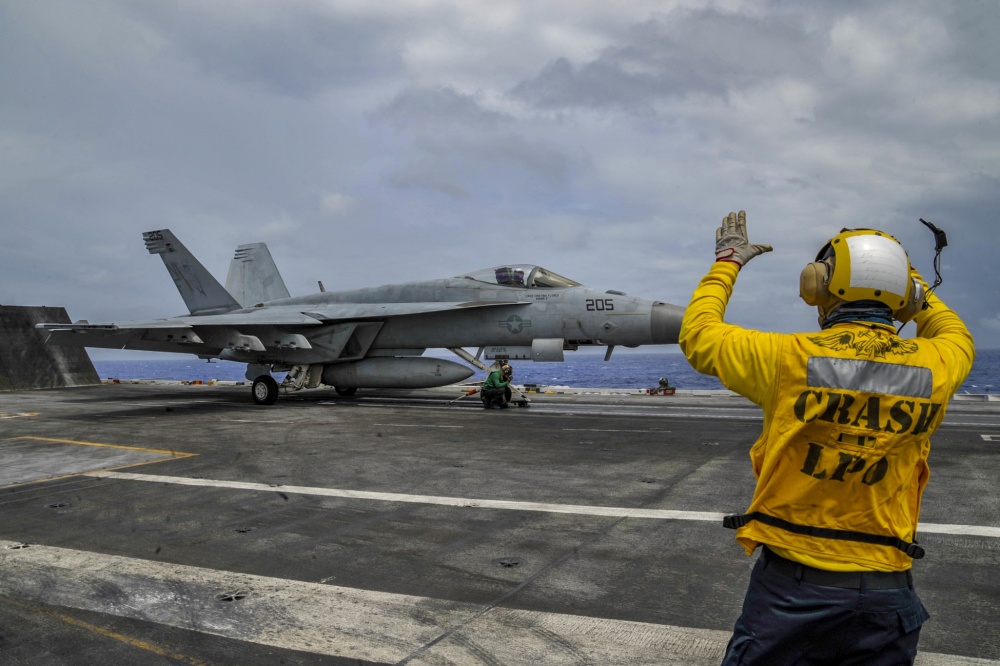 Before becoming Reagan’s commanding officer, Hannifin spent most of his carrier flying fighters. He’s logged more than 2,800 hours flight hours, mostly in F/A-18 Super Hornets. He was also a Navy test pilot, and in 2000 was named the Naval Strike Test Squadron’s Test Pilot of the Year.

“Good, OK, I like to hear that,” Trump responded. “I’m actually happy about that answer because at least they’re doing what they’re doing, but that’s actually a very good answer.”