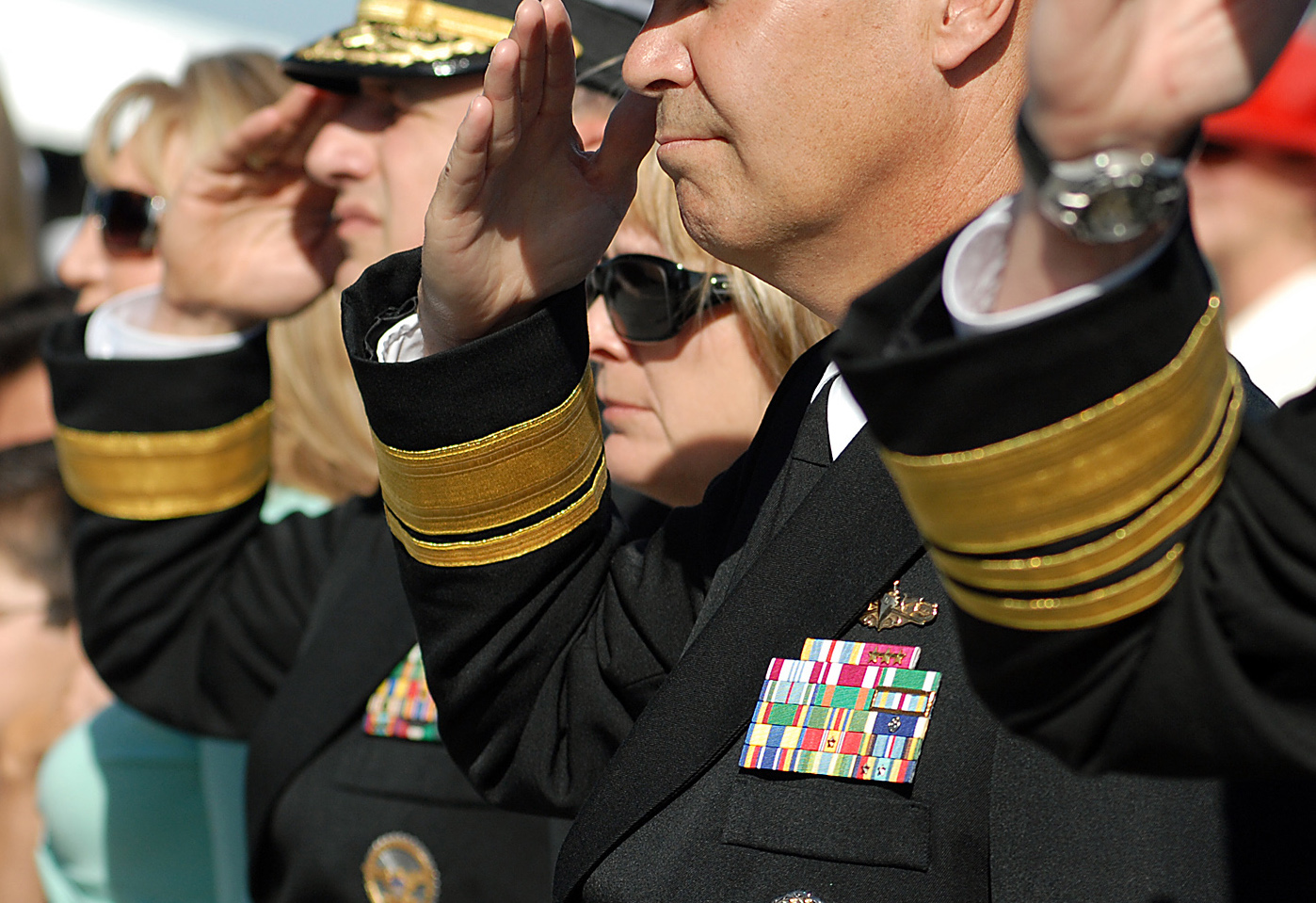 Navy Flag officers salute the color guard during the playing of the national anthem at the beginning of the USS John F. Kennedy (CV-67) decommissioning ceremony in 2007. US Navy Photo

The Pentagon in Fiscal Year 2019 has announced the nomination or assignment of a combined 256 general officers for the Air Force, Army and Marine Corps – and one Navy admiral.

While the other services have steadily publicly published their general officer job assignments or nominees since the start of the fiscal year, Chief of Naval Personnel Vice Adm. Robert Burke has opted not to publicize this year’s Navy’s 57 flag officer nominations, including his proposed replacement, Rear Adm. John Nowell.

All branches of the military are required by law to submit their flag and general officer nominations to the Senate Armed Services Committee (SASC), which reviews the nominations and forwards those approved for presidential signature.

In tandem to the SASC notifications, the services traditionally notify the Pentagon’s press office of pending flag and general officer nominations, so the office can distribute the lists to a broader audience.

Instead, the Navy is now relying on the Senate to announce its flag nominees, USNI News has learned. The Senate publishes all flag and general officer nominees on its website but does not distribute this information to the press or public in the same way the Pentagon press office does.

A SASC spokeswoman referred USNI News to the Navy when asked about public notification of flag nominees on Monday.

When asked about the change in policy regarding announcing flag nominations, Chief of Naval Personnel spokeswoman Capt. Amy Derrick told USNI News that “the Navy is currently reviewing the timing associated with the public notification process for all boards and assignments including Flag Officer nominations. In the interim, we continue to submit nominations to the Office of the Secretary of Defense for approval, who in turn, submits any selection(s) to the White House. Following Presidential approval, nominations are posted on the Senate website.”

The exception to the new policy was the December nomination of Vice Adm. James Malloy to command U.S. 5th Fleet after the death of the previous commander, Vice Adm. Scott Stearney. Malloy’s approval was faster than normal because of the special circumstances around the vacancy. 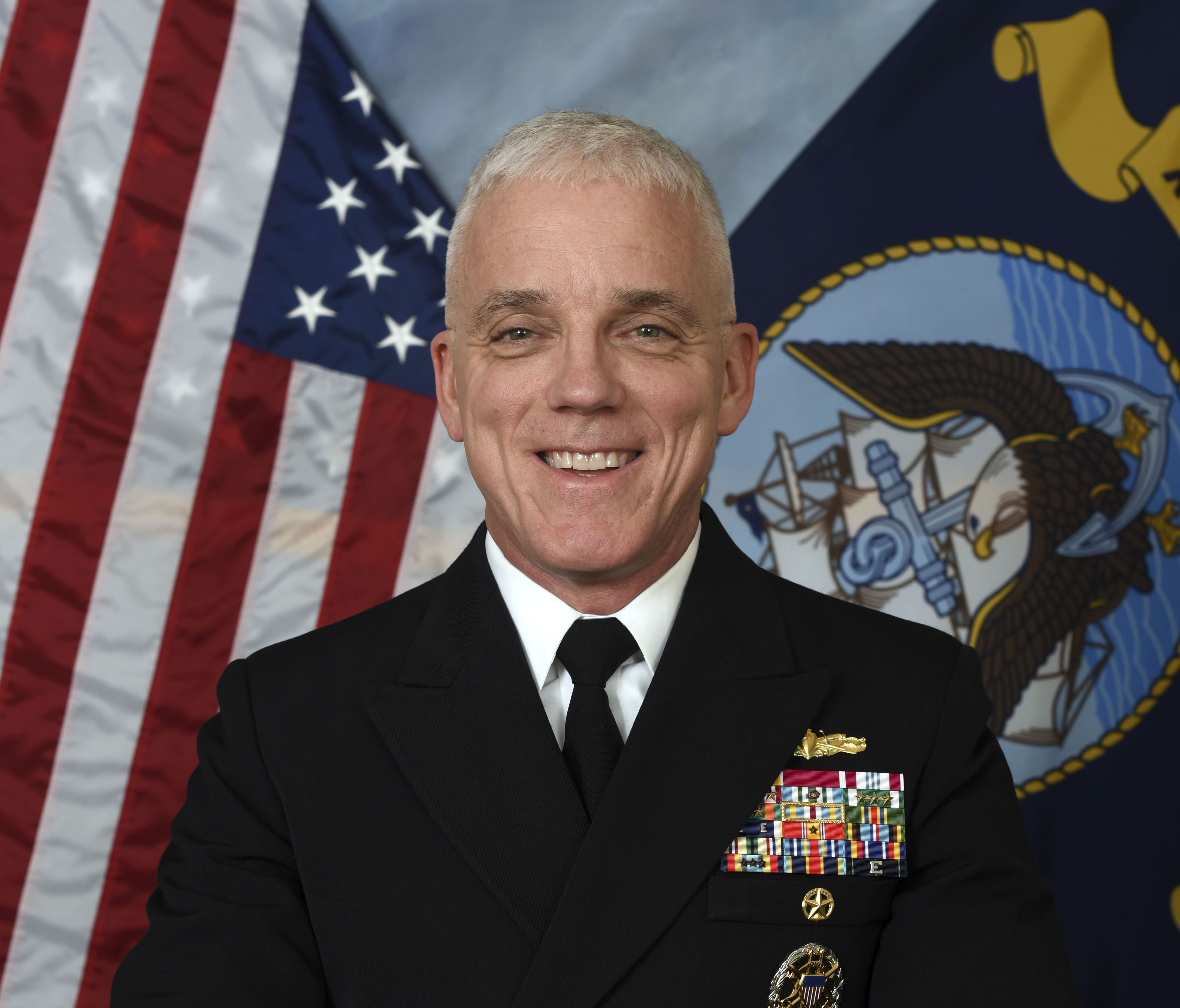 After Malloy’s announcement, the next Navy flag nomination submitted to the SASC was for Rear Adm. Ronny Jackson, President Donald Trump’s attending physician, to receive a second star. The White House submitted Jackson’s nomination to the SASC on Jan. 15, 2019, the first of what has become a wave of flag nominations to not be announced by the Pentagon. Last year, when Jackson was first nominated to receive a second star, the Pentagon issued a release on March 23, 2018.

After the 2018 nomination, Jackson was also briefly considered to serve as the secretary of Veterans Affairs but withdrew his nomination when his conduct as the president’s physician was closely scrutinized. The Senate did not act on Jackson’s Navy nomination for a second star before the legislative session ended, so, according to the SASC website, Jackson’s nomination was returned to the White House on Jan. 3, 2019.

On Jan. 30, the Navy nominated 52 more flag officers for promotion. The Pentagon did not issue any announcements for these either because Burke’s office did not provide the Pentagon’s press office with the list of nominations.

The following is the list of Navy nominees for flag rank given to the Senate Armed Services Committee Fiscal Year 2019.