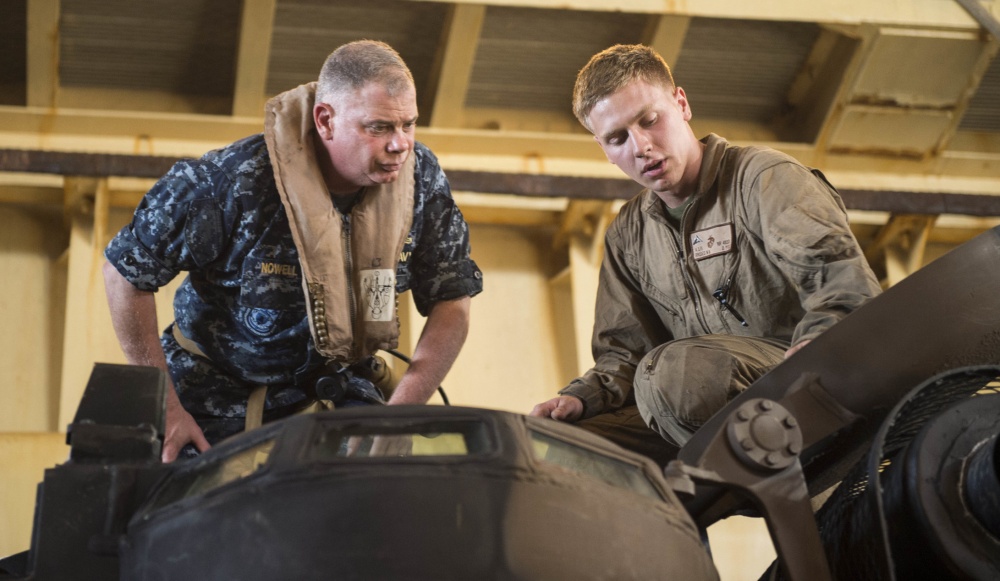 The Navy’s director of military personnel plans and policy, Rear Adm. John Nowell, Jr., has been nominated to become the next chief of naval personnel (N1), USNI News has learned.

If confirmed by the U.S. Senate, Nowell will be promoted to vice admiral and replace the outgoing CNP Vice. Adm. Robert Burke. Burke has served in the role since May 2016

Nowell, a 1984 U.S. Naval Academy graduate, previously served as the commander of Expeditionary Strike Group 7 and as the director of strategy, resources and plans for U.S. 6th Fleet. He has also served aboard several surface warships, including as commanding officer of USS Porter (DDG-78).

Nowell will become the head of the Navy’s personnel at a time the community is embarking on a significant shift in the way Navy education is distributed. A new three-star admiral position, the director of warfighting development (OPNAV N7) will soon be appointed to take over the training and education work currently done by the chief of naval personnel. The new N7 position is among the several changes suggested by the recently released Education for Seapower study.