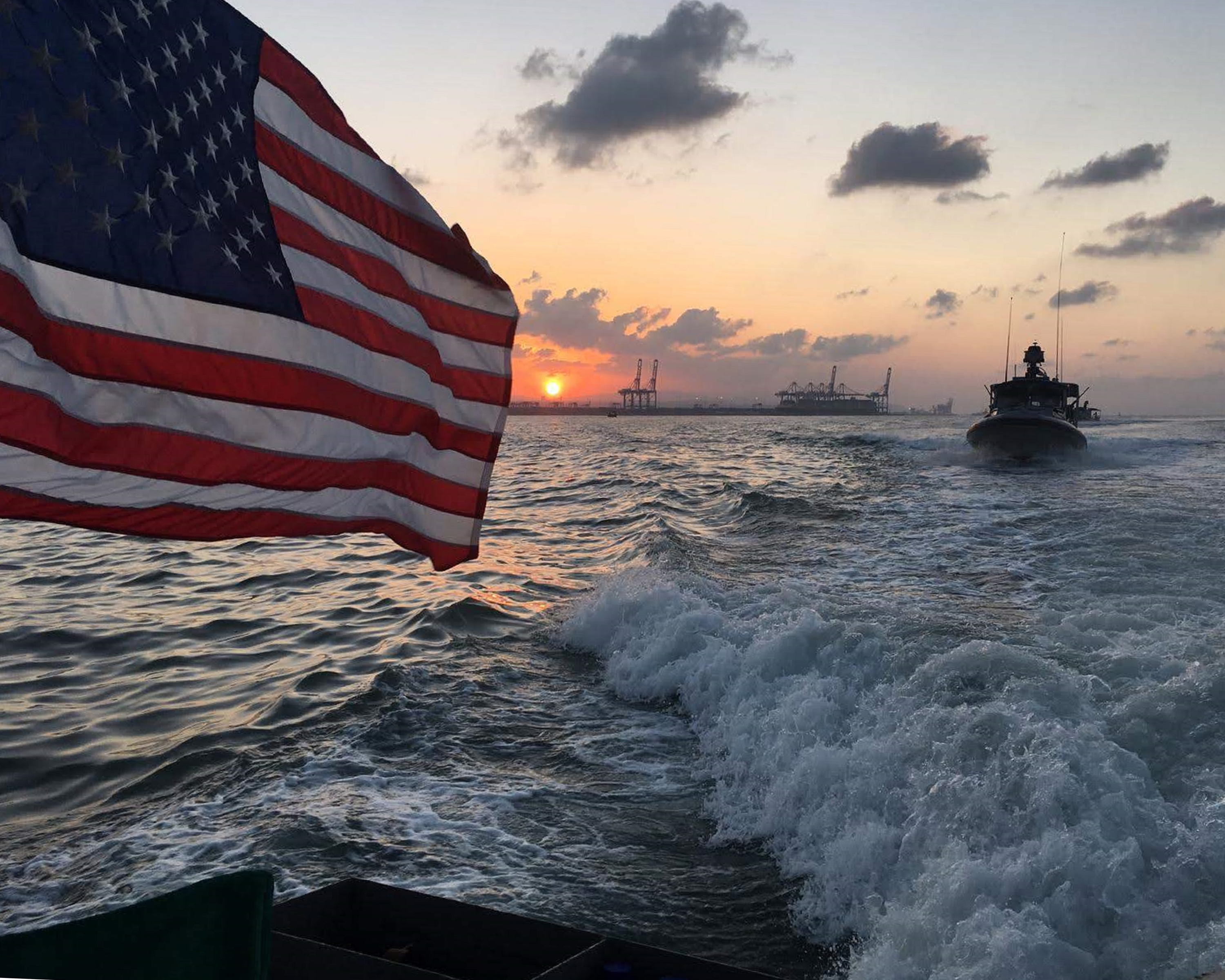 Riverine sailors underway in 5th Fleet in 2018. US Navy Photo

A U.S. and U.K. sailor assigned to U.S. 5th Fleet died suddenly in the days after the Dec. 1 apparent suicide of Vice Adm. Scott Stearney, USNI News has learned.

While investigations are underway into all three of the deaths, several defense officials have told USNI News the circumstances of all three deaths point to suicide.

The closeness of the deaths have raised defense officials’ concerns that Stearney’s high-profile status may have given tacit permission to the other two sailors to end their own lives, two officials told USNI News.

The U.S. sailor was assigned to Coastal Riverine Squadron 3 and “died of a non-combat related injury while temporarily stationed in Dubai,” on Dec. 9, according to a statement from U.S. 5th Fleet provided to USNI News.
“No foul play is suspected.” The Navy did not identify the sailor.

“An investigation is underway, therefore it would be inappropriate to comment further,” Wood wrote. “Our thoughts and sympathies are with his family and friends at this difficult time.”

A Thursday message left with an NCIS spokesperson on the status of the investigation into Stearney’s and the riverine sailor’s deaths was not immediately returned.

Roger Brooks, a senior programs specialist for the Wounded Warriors Project’s mental health programs, told USNI News on Thursday that there wasn’t enough information to determine if there were direct links between Stearney’s death and the other two sailors. However, high-profile suicides do have an effect on others in distress.

“If someone who is high-visibility violates those norms and goes through – granted the investigation is ongoing – with suicide, could that itself be the trigger for other folks? Absolutely,” Brooks said.
“Especially if it’s someone who is perceived to have it all together. As an officer at that height, the conceptual piece is, ‘well you can’t rise to that rank unless you have it all together.’”

While details of Stearney’s death have not been made public, his cause of death is widely known across the service.

The deaths come as the Navy has revamped its own suicide prevention programs as the service has seen a recent increase in sailors taking their own lives.

In the Navy, between 2012 and 2016, the suicide rate of active duty sailors tracked below the DoD average rate and mostly followed the DoD’s year-to-year trend, according to statistics collected by the Defense Suicide Prevention Office, which started publishing suicide data in 2012. In 2016, the Navy’s active duty suicide rate was 15.9 per 100,000 sailors, compared to a DoD active duty rate of 21.1 per 100,000 active duty service members

However, in 2017, the Navy’s active duty suicide rate increased to 21.4 per 100,000 sailors, putting the Navy’s rate at a comparable level to the rates reported by other services – Army 24.9, Air Force 20.3, Marine Corps 24, according to USNI News calculations using the DoD suicide rate calculation formula.

“The Navy’s suicide rate has fluctuated over the years, with no single cause for the fluctuations. Nor is there a single theory or study to address fluctuation in any specific year or time frame,” Capt. Tara Smith, a subject matter expert assigned to Navy’s Suicide Prevention Branch (OPNAV N171), told USNI News in December.

DoD has released suicide data through the first six months of 2018, and the Navy’s total for the first half of the year suggests the services is on track to report a similar number of suicides as was the case in 2017, which marked a six-year high. Navy officials have not identified a reason for the increase in suicides, though they recognized the trend and completely revamped the Navy’s suicide policy releasing OPNAV Instruction 1720.4B in September.

The new policy also comes as Navy leadership has issued guidance to senior officials to do more to maintain a work-life balance and do more to lower stress.

“We pay for 30 days of leave for every service member. On average, the U.S. Navy takes 11 and half days of leave each year,” Chief of Naval Personnel Vice Adm. Robert Burke said in November. “We have to start looking at the long-view here.”