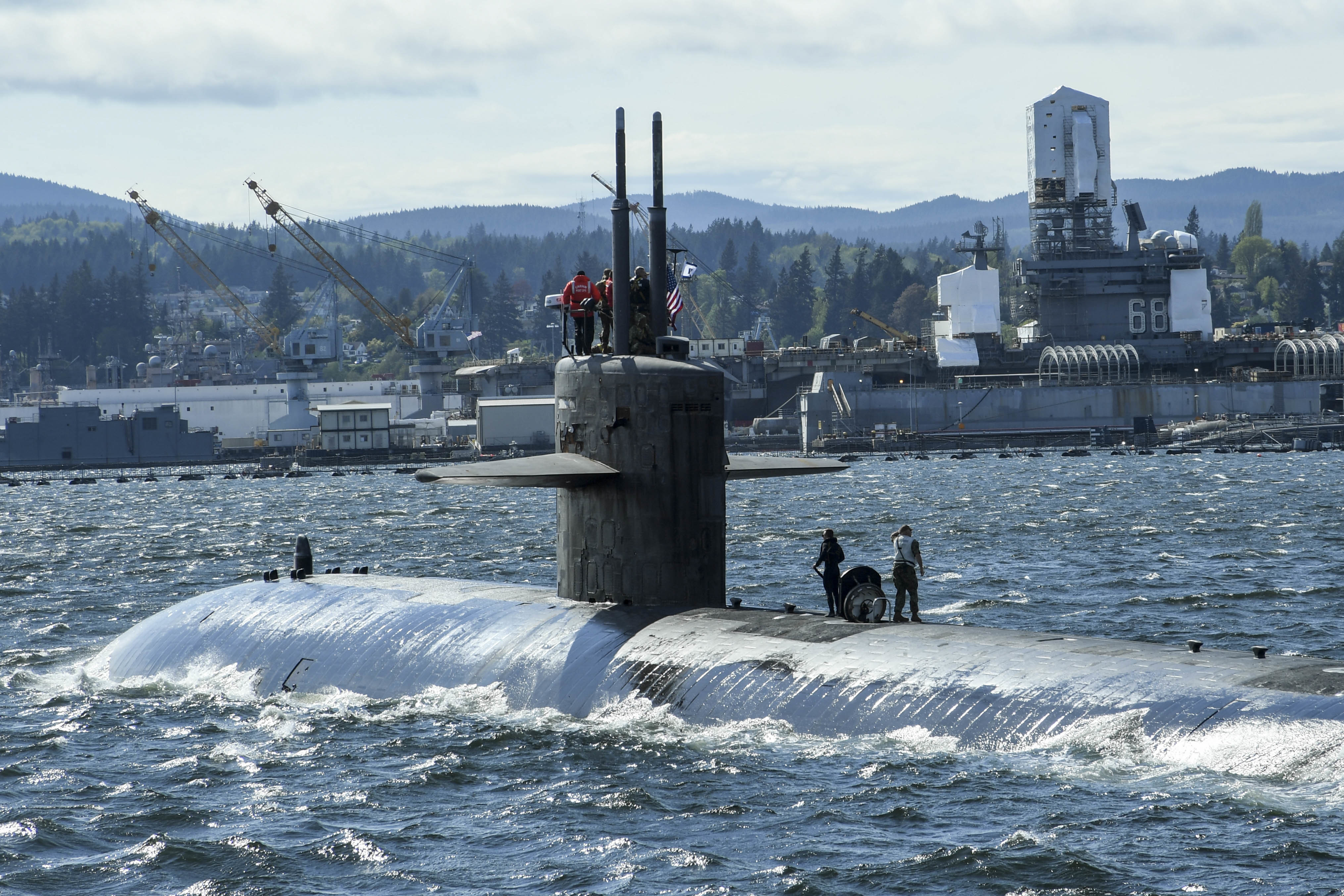 Chief of Naval Operations Adm. John Richardson said there are “no surprises” in a recent Government Accountability Office report that found the Navy has lost more than $1.5 billion and thousands of operational days over the past decade due to attack submarines caught in maintenance delays or sitting idle while awaiting an availability.

According to the Nov. 19 report, “The Navy has started to address challenges related to workforce shortages and facilities needs at the public shipyards. However, it has not effectively allocated maintenance periods among public shipyards and private shipyards that may also be available to help minimize attack submarine idle time.”

Richardson, in a media call on Thursday during his Thanksgiving visit to USS Harry S. Truman (CVN-75), told USNI News that he found “no surprises in that report. Every bit of information in that is information we’re very, very aware of. We’ve been talking about the maintenance challenges at the public shipyards for some time, so no surprises there.”

The Navy this year released a 20-year, $21-billion plan to optimize and modernize its four public shipyards that work on attack submarines. But in the short term, Richardson said the yard readiness situation is “a very complex and stressed environment.”

The four yards are digging out of maintenance backlogs that built up due to insufficient manpower, unexpected work popping up once a ship got into the yard and other factors. The attack submarine force faced the brunt of the delays, though, because the yards prioritize ballistic-missile submarines (SSBNs) and aircraft carriers above the attack subs (SSNs).

Several instances have occurred where an attack sub idled at the public yard because the workforce was focused on a higher-priority ship, or where an SSN couldn’t even get into the yard because there was no capacity to work on it. Private shipbuilders Newport News Shipbuilding and General Dynamics Electric Boat have asked to help take on some of the SSN repair work the Navy can’t handle, and there has been discussion on how early to award that work to the private sector versus wait and see if the Navy can handle it itself.

These readiness challenges, though, come as operational commanders are asking for more and more attack subs to support their areas of responsibility, and subs are increasingly being requested to support high-end training with carrier strike groups, with P-8A aircraft and with each other for sub-on-sub training. As demand increases and readiness remains a challenge, the inventory may drop into the mid-40s, compared to a requirement for 66, due to planned decommissionings.

“In terms of the impact the attack submarine force has on the strategic environment, that’s also exacerbated by the fact that we’re [facing] a declining force level right now. Even as we build two Virginias a year, we’re taking submarines out of the inventory as they decommission. And so Navy leadership, including the Submarine Force leadership, Adm. [Charles] Richard, Adm. [Tom] Moore at [Naval Sea Systems Command – very, very focused on this, and so we’ll continue to adapt. All of those things you mentioned in terms of schedule adjustments, the back-and-forth in terms of taking advantage of all of the capacity in both the public and the private sector – that’s something that we talk about very very frequently as we try to optimize our way through these challenges,” Richardson told USNI News.