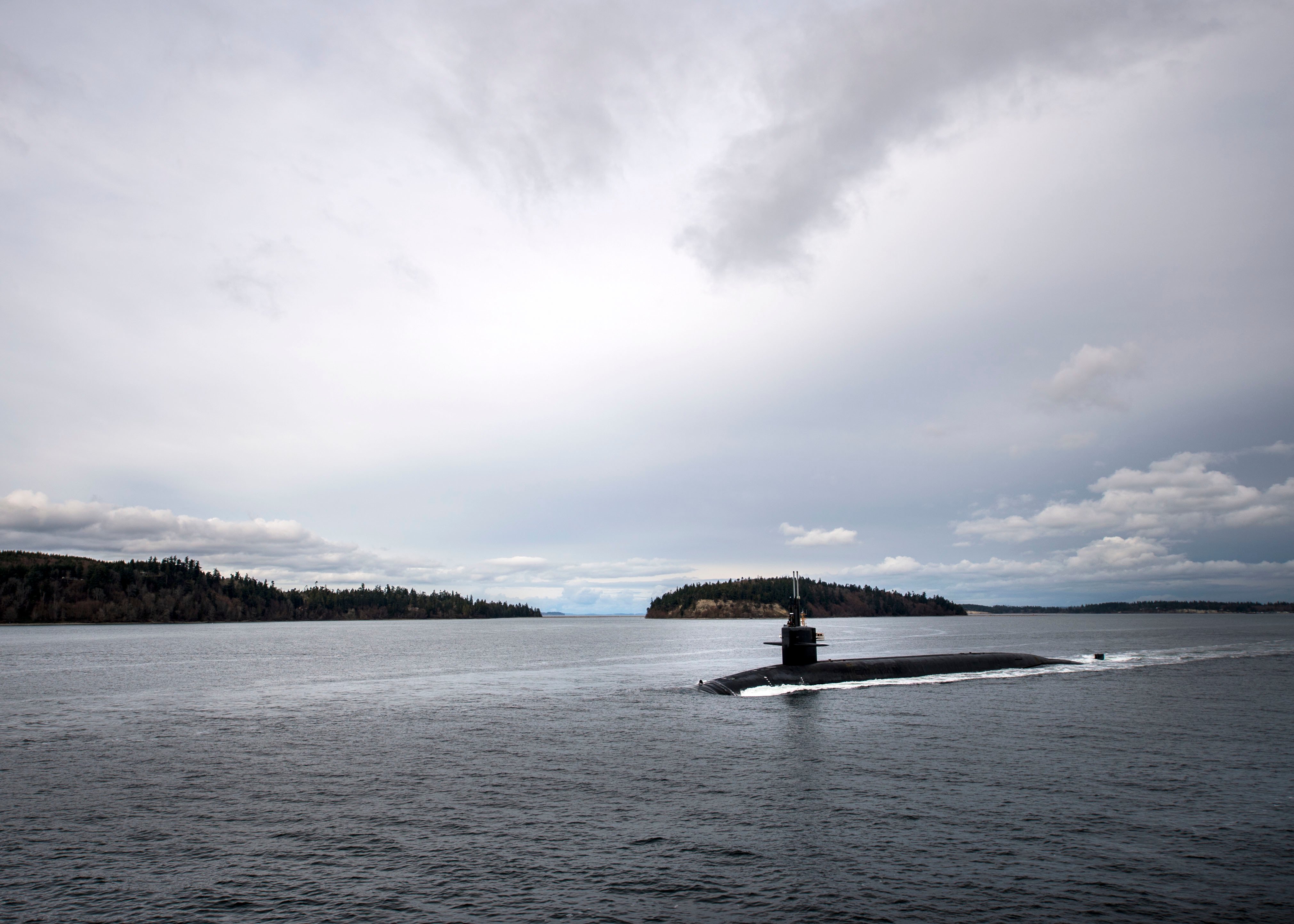 The Navy could be forced to make hard choices sooner rather than later when it comes to finding the money to replace its aging ballistic missile submarines or reach its goal of having a fleet of 355 warships, a panel of security and budgetary experts said this week.

When asked by USNI News what the future holds for fleet size and ballistic missile submarines now that the Democrats control the House, Frank Rose, a senior fellow at the Brookings Institution and former assistant secretary of state for arms control, he said: “There is not enough money” for both, and “priorities need to be taken.”

Rose and Jim Miller, a former undersecretary of Defense for policy, came down firmly on the side of building the Columbia-class ballistic missile submarines, the replacements for the current Ohio-class, in setting priorities for Navy spending.

For the U.S., the ballistic missile submarines “secures the second strike” in event of a nuclear attack. “It really is the backbone of our nuclear force now and for the next 70 to 80 years,” Rose said.

The Navy shouldn’t be allowed to say, “sorry, we ran out of money” when it comes to paying for the ballistic missile submarine because the shipbuilding account was used for other kinds of warships. “The Navy needs to step up to that bill,” Miller said.

That line of thought is not confined to think-tanks.

Rep. Adam Smith, (D-Wash.), who is expected to become chairman of the House Armed Services Committee when the new Congress convenes in January, has long expressed skepticism over the Navy’s shipbuilding plan leading to a fleet of 355 warships. He has several times at recent public events referred to it as “simply a number thrown out there.”

A sense of how the Republican-controlled Senate Armed Services Committee will line up on fleet size and modernizing the nuclear triad could come Tuesday when the full panel looks at the recommendations of the commission on the National Defense Strategy and that afternoon its sea power subcommittee looks at current and future shipbuilding plans.

In his presentation, Miller said a fleet of 355 ships, meaning a growth of about 70 from the current size “are numbers that should be challenged” as should those increasing Army end strength from about 450,000 soldiers to 510,000. If all the services force structure numbers were challenged there would be funds for readiness and modernization, including the nuclear triad.

“Will this administration put its money where its strategy [of deterring new-peer competitors — Russia and China] is?” he asked rhetorically.

There is some concern that the Trump administration will pull back from long-term, continually rising Pentagon budgets. The Defense Department was planning for a request for Fiscal Year 2020 of $733 billion, but it has now been told by the Office of Management and Budget to work with a $700 billion top line.

The question for all the services is: “can they get by with current force structure” if missions are also re-examined to free money for readiness, modernization and investment in the future like cyber resilience and space, especially sensors for missile defense.

Michael O’Hanlon, who moderated the session at Brookings in Washington, D.C., added in answer to the USNI News question that for the Navy it means looking at the missions its accepts critically. For example, does the lack of an aircraft carrier strike group presence in the Persian Gulf upset security in the region. Or is it a way to free money for other things. He pointed out that when there was no carrier present there for months Iran did not act more aggressively.

Miller said during the presentation and later with USNI there was a tradeoff that needed to be understood between “quantity and quality.”

Following the presentation, Miller said the Navy “is in a bind” when it has to choose between large capital surface ships, like carriers, “and places where it has an advantage, like submarines — boomers and attack and unmanned undersea vessels. He added modernizing the amphibious fleet remained a priority to meet the need for rapid response of Marines and special forces.

Overhanging all this discussion of where the Pentagon should spend its money is the old bugaboo — sequestration, the automatic across-the-board cuts in defense and domestic spending if deficits are not offset, as required by existing law.

Maya MacGuiness, president of the Committee for a Responsible Budget, said unless Congress reaches a spending agreement Pentagon spending would automatically fall back to $576 billion because the Budget Control Act of 2011 remains in place. As it has in the past, Congress has reached an agreement to lift the caps, but is no longer trying to offset those hikes in spending with comparable cuts in other programs.

With a trillion dollar deficit and national debt “the highest it has been since World War II,” she said the United States “faces incredible fiscal challenges,” but administrations and Congress aren’t making the choices in where to cut, where to spend, how to find revenue to pay for programs, cover entitlements — in and out of the military, and meet the interest payments on the debt.

Instead, there has been “a doubling down” on spending and cutting taxes. The reality has become “I won’t pay for mine; you won’t pay for yours.”

MacGuiness said, “We have to stop the notion we can have it all” in federal spending on guns and butter. She did not predict whether the new Congress would make those decisions.

While expecting House Democrats to exercise more executive branch oversight, Elaine Kamerck, of Brookings, said didn’t see their approach come the New Year as an all-out assault on Pentagon spending. The party’s leadership is concerned about keeping its majority having taken seats in more conservative suburban areas after 2020. A more interesting question come January will be “how does the Republican leadership in Congress take the lessons from the elections” that saw “them decimated in the suburbs” and their winning margins cut in rural areas, she said, and apply them to the budget.