WASHINGTON, D.C. — Two senior lawmakers called into question the Navy’s proposed plan to increase fleet size to 355 ships. One said the pace was too slow and another said the buildup was based on unrealistic schedules and funding.

When the 355-ship fleet standard was codified in law last year, the intent was for the Navy to meet this requirement as soon as practical, Sen. Roger Wicker (R-Miss.), chair of the Senate Armed Services seapower subcommittee, said at McAleese/Credit Suisse Defense Programs conference on Tuesday.

“The Navy shipbuilding plan that doesn’t get to 355 ships until the mid-2050s is unacceptable,” Wicker said. 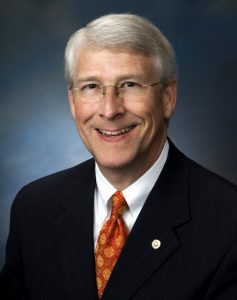 Wicker wants the administration to develop a more robust shipbuilding schedule, one increasing funding to speed up the production pace.

The first few years of service’s long-range shipbuilding plan proposes expanding the fleet to 326 within the next five years. The plan’s start is impressive but then the pace peters out.

Meanwhile, given the current budget and long-term planning process, the Navy reaching 355 ships is “fantasy,” said Rep. Adam Smith, (D-Wash.), the ranking member of the House Armed Services Committee, who spoke after Wicker. 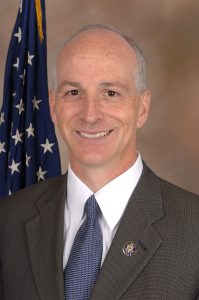 “It’s simply a number thrown out there. I think they said they hope to achieve a 355-ship navy by what is it, the 2050s, somewhere way off in the distance,” Smith said.
“We can barely predict what will happen in two months now, really, 2050 you’re going to tell me how many ships we’re going to have, based on everything going on.”

By focusing so closely on near-term spending, Smith worries Congress and military planners are not really planning ahead. Instead, promises are made to the public that in reality have little chance of being kept.

“Talking about 355 ships or 500,000 troops in the army or whatever doesn’t match up to the reality of dealing with taxes and mandatory spending,” Smith said. “I mean we just cut taxes again, reducing our revenue.”

Congress needs to have an honest conversation about what can be achieved with the current revenue stream, what the nation can afford, and how the nations should pay for needed equipment or personnel.

“If there’s one thing no politician in this country wants to have it’s an honest conversation about this because there’s no easy answer,” Smith said.