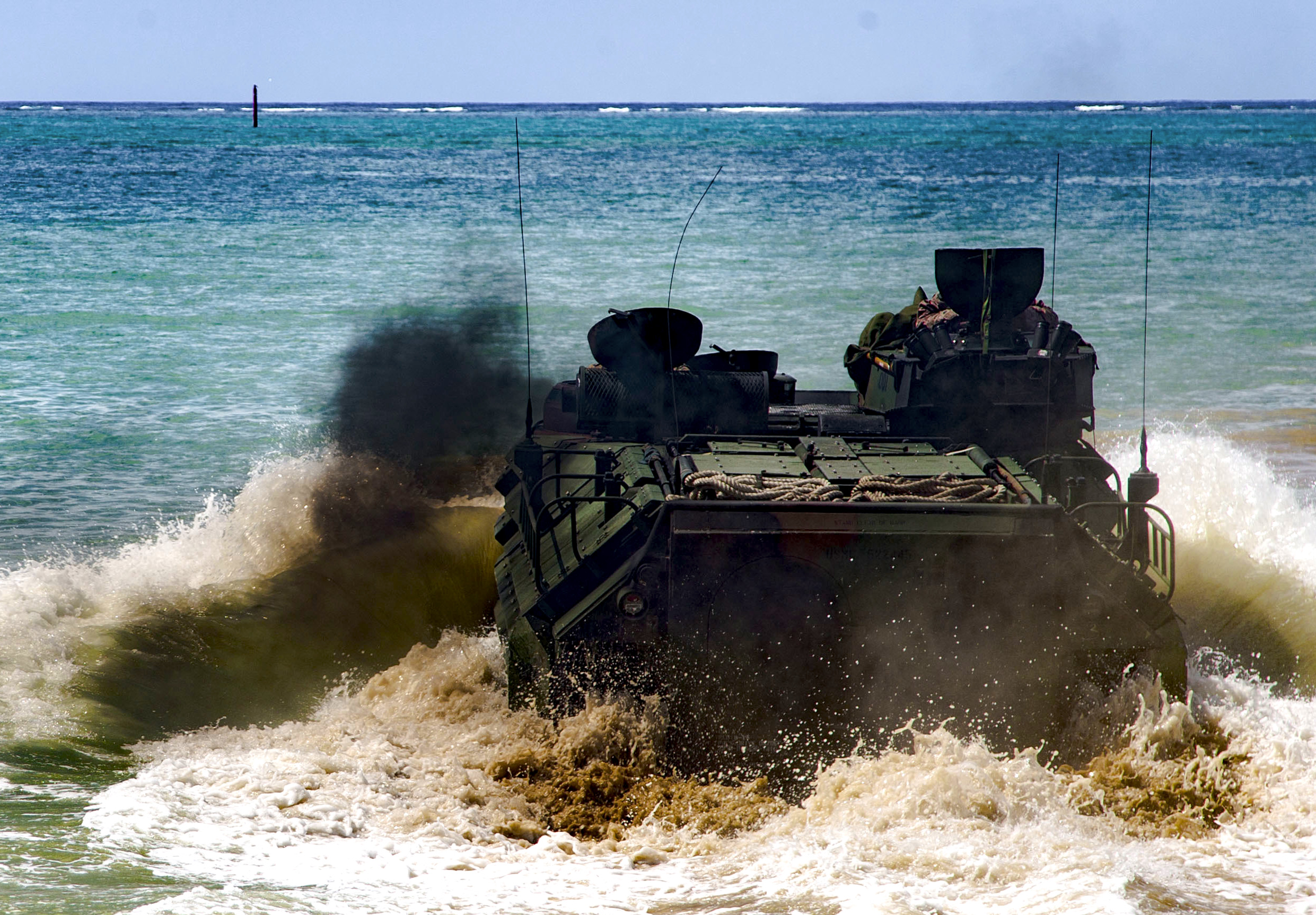 MARINE CORPS BASE QUANTICO, Va. — The Marine Corps has canceled its Amphibious Assault Vehicle Survivability Upgrade effort with SAIC and will instead focus its efforts on the Amphibious Combat Vehicle that will eventually replace the AAV.

“The Marine Corps did make a decision to focus investment on modernization rather than legacy systems,” he said. “The key there really is, ACV performed a lot better than expected. And so the fact that the deliveries of ACV and AAV SU were approximately two quarters apart, basically six months or so apart, I think the decision was made, let’s just focus our resources on ACV.”

In the short term, the Marine Corps is still contractually obligated to SAIC for a few items. The last of four production control models have either just been accepted or will be shortly, Pacheco said. SAIC is also in custody of several other AAV hulls. The Marine Corps and SAIC will have to figure out what to do with those additional hulls, based on their level of completion and any contractual requirements.

There will be little cost savings in the current Fiscal Year 2018, Pacheco said. In FY 2019, the Marine Corps asked for $96 million for AAV SU but the congressional appropriators marked that down. The Marines will have to determine where to ask lawmakers to reappropriate that FY 2019 funding and Pacheco said he didn’t know what priorities the service would ask to spend that money on in the near term.

In the long term, he said, “the vision for ACV is that in the out years we’ll be able to pick up the pace on deliveries and replace the AAVs a little bit quicker than originally planned.”

The Marines had planned to upgrade 392 AAV vehicles which, when combined with the ACVs, would provide a forcible entry capability for all seven Marine Expeditionary Units and two Marine Expeditionary Brigades. In August 2017, the Marine Corps awarded SAIC a low-rate initial production contract that covered 21 vehicles.

Pacheco said it would take three to five years before the Marines and BAE Systems could figure out how to speed up production and budget for an increase in the program. The Marines are currently funding Joint Light Tactical Vehicle procurement in addition to the ACV, but especially once JLTV acquisition wraps up, “hopefully there will be a little breathing room in a little bit where we can put a little more money in the ACV line.”

The ACV’s better-than-required performance was a major factor in the decision to focus on ACV as the long-term replacement for AAV instead of the AAV SU as a stepping-stone boost in survivability and performance. The ability to self-deploy from the welldeck of an amphibious ship was not planned to be added until the second increment, called ACV 1.2. However, BAE Systems paired with Italian defense contractor Iveco on the program and leveraged the SuperAV design’s success with the Italian military. Testing ahead of the Marine Corps selecting a final ACV contractor proved that the BAE/Iveco design could self-deploy from an amphibious transport dock, putting the program significantly ahead of schedule in terms of operational capability.