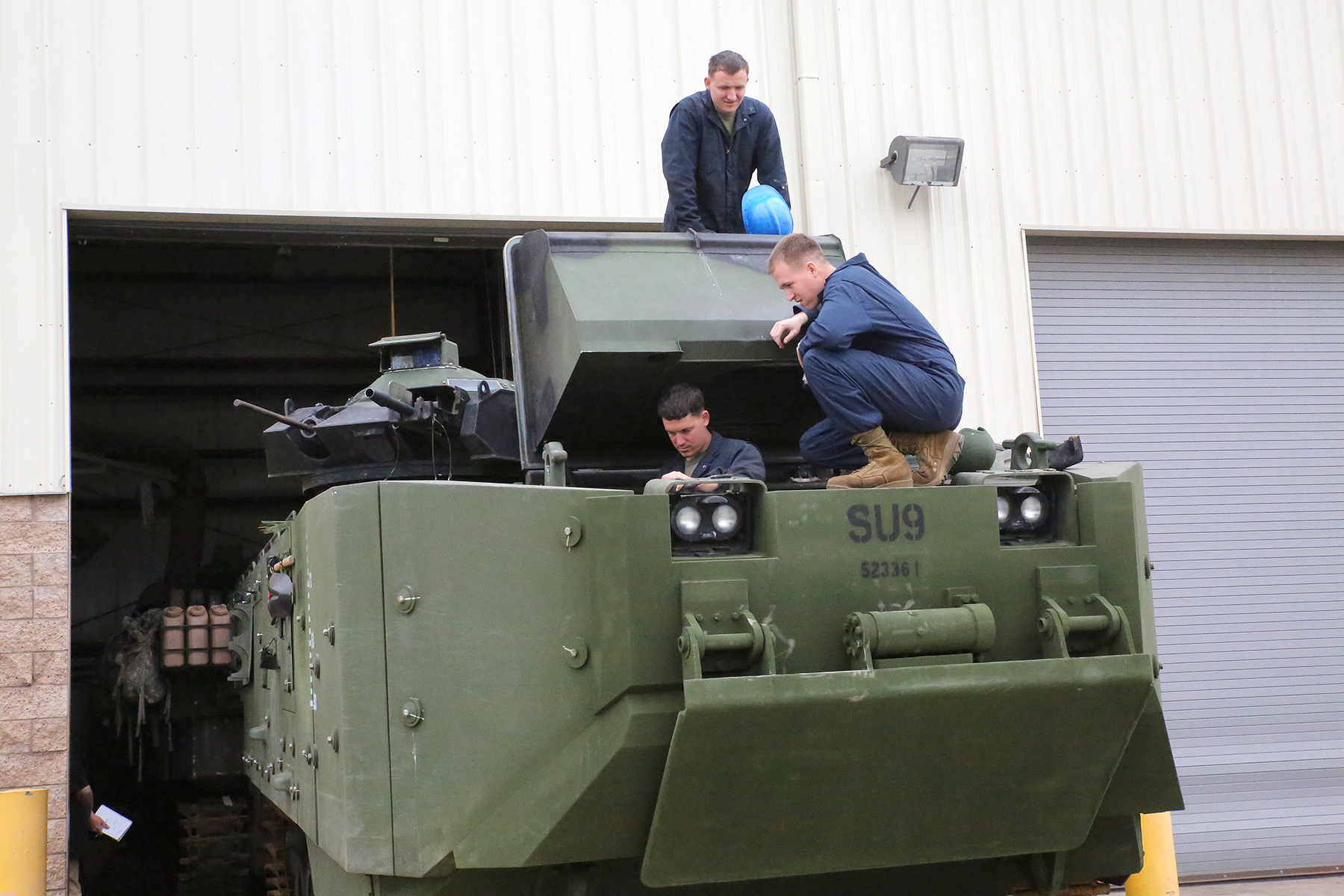 SAIC delivered its first of 10 engineering and manufacturing development vehicles in March 2016, and the Marine Corps has spent the last year and a half putting these vehicles through developmental tests and operational assessments to ensure they meet all the criteria for “making the vehicle relevant to the modern battlefield.” Those upgrades – which SAIC performed on legacy AAVs that first went into production 45 years ago – include enhanced survivability through added armor and blast-mitigating seats, and an improved engine and suspension to allow equal mobility as the legacy AAVs despite the added weight.

Throughout the testing, which wrapped up in June, the program office learned a lot of lessons that were fed back into the design. For example, Leimbach said, adding new survivability features into a fixed vehicle hull size “constrained the internal volume” of the vehicle.

“The feedback that we got back very loud and clear was that there were portions of the vehicle, specifically I’ll say the troop commander, that had a very difficult time moving around in his position in the vehicle. He wasn’t able to get in and out of the vehicle in the most efficient way,” Leimbach said.
“And that was deemed unacceptable by the users during their operational assessment, and it also deemed unacceptable by us. We very quickly took the feedback and pushed it to, what were the specific areas that were precluding that Marine from being able to get into and out of his position efficiently? And we went back and redesigned that fighting position, so that now the vehicles in the LRIP will have some things moved around and moved out of the way to provide a little extra space – but that little extra space makes all the difference.”

Delivery of personnel AAV-SUs will begin in the second quarter of next year, Leimbach said. Those vehicles would then be put into a reliability growth testing program, where potential improvements will be identified and either fed back into the design or held onto for the Marines to modify at a later date.

A key area for the Marines to continue studying is the effect of the new systems, such as the engine and drive train, on the old hull. Leimbach said that, while everything fit into the vehicle, the new engine and other components may vibrate differently than the old one, for example; the AAVs were built to be reliable based on the legacy components, so the Marines will have to continue studying the effects of the new equipment to see what that means for reliability rates and maintenance procedures.