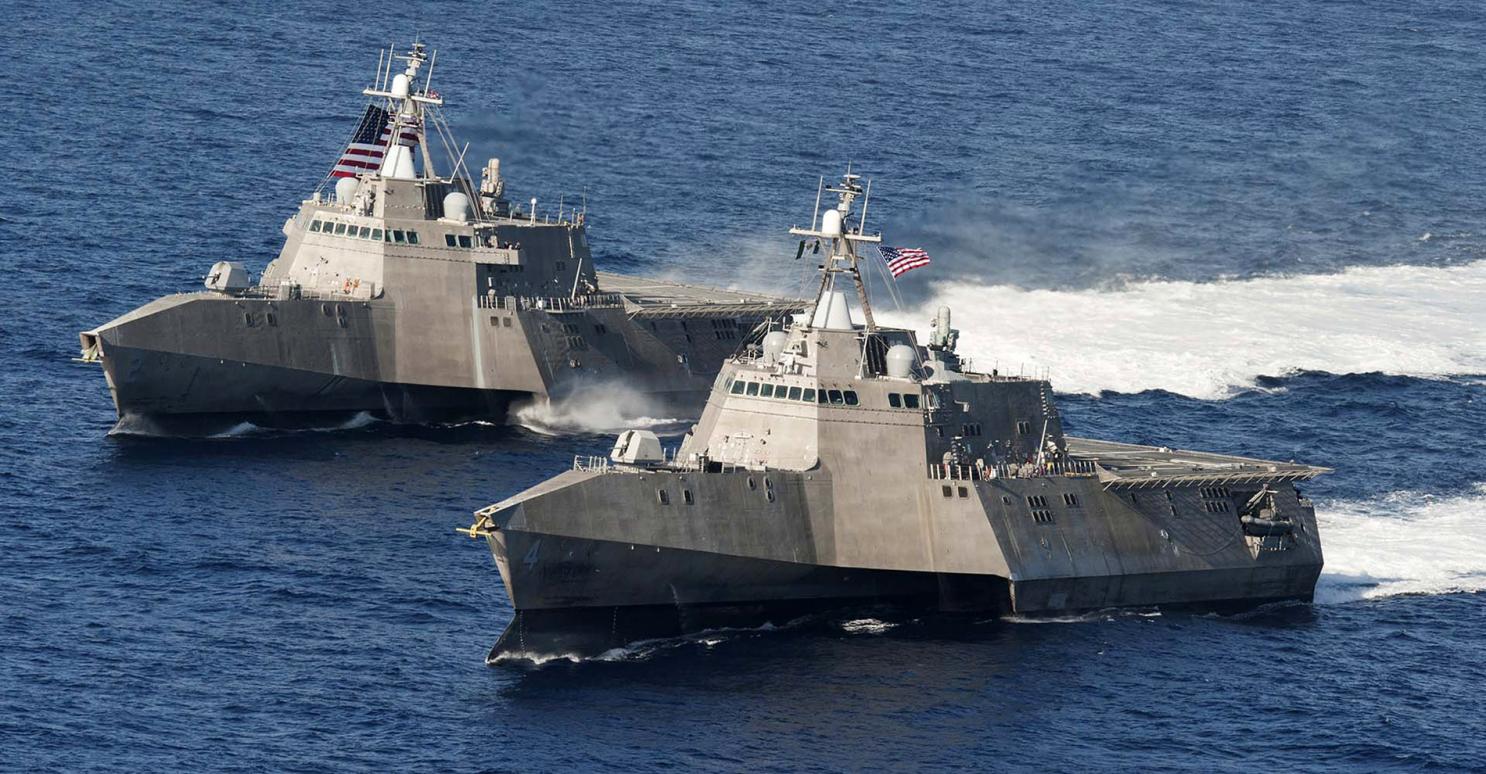 Congress approved $1.8 billion for the two Austal-built Independence-class hulls and the one Lockheed Martin Freedom-class hull.

The Navy initially only asked for a single LCS in its FY 2018 budget request but settled on two after shifting funds from other sources including delaying the purchase of a nuclear reactor for an aircraft carrier overhaul.

Congress eventually bumped the LCS hull number to three as part of a $23.8 billion shipbuilding budget in the FY 2018 Omnibus spending bill.

The number of hulls the Navy awards per year has been a point of contention between the yards, Congress and the service. 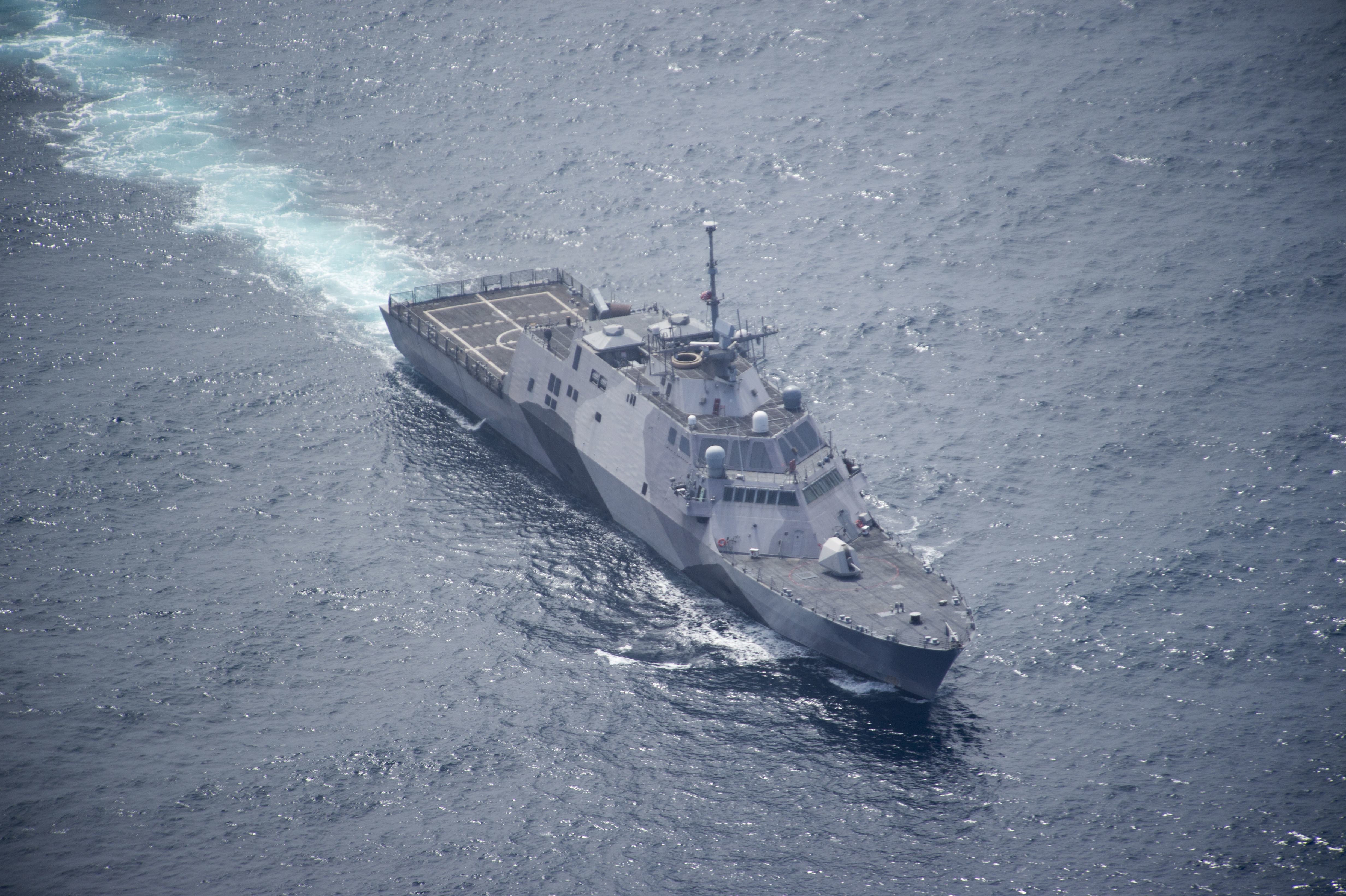 The littoral combat ship USS Freedom (LCS 1) transits the Pacific Ocean after departing Naval Base San Diego July 9, to participate in the Rim of the Pacific 2016. US Navy Photo

Austal and Lockheed are optimized to build two ships per year but can bump that number down to one and a half without suffering a major loss in productivity, NAVSEA officials have said.

“It’s like building a house. You have guys who do the foundation, and you have guys that’ll hang the drywall. So if you don’t have ships coming in for the guys who do the foundation, then those guys have to go find other work. So it’s not only the timing and the number of the ships but it’s the sequencing of work that provides the efficiency,” Program Executive Officer Littoral Combat Ships Rear Adm. John Neagley told USNI News last year.
“The shipyards invested to do two ships a year on six-month centers, and so about one-and-a-half is an efficient build for me. Below that, we can certainly build ships, but I would expect to see impact to schedule and cost.”

Tuesday’s award puts the service on track for its stated goal of 32 hulls for the LCS program ahead of its transition to the next-generation frigate (FFG(X)) in FY 2020. However, the proposed mini-bus spending bill pending in Congress funds three more LCS hulls.