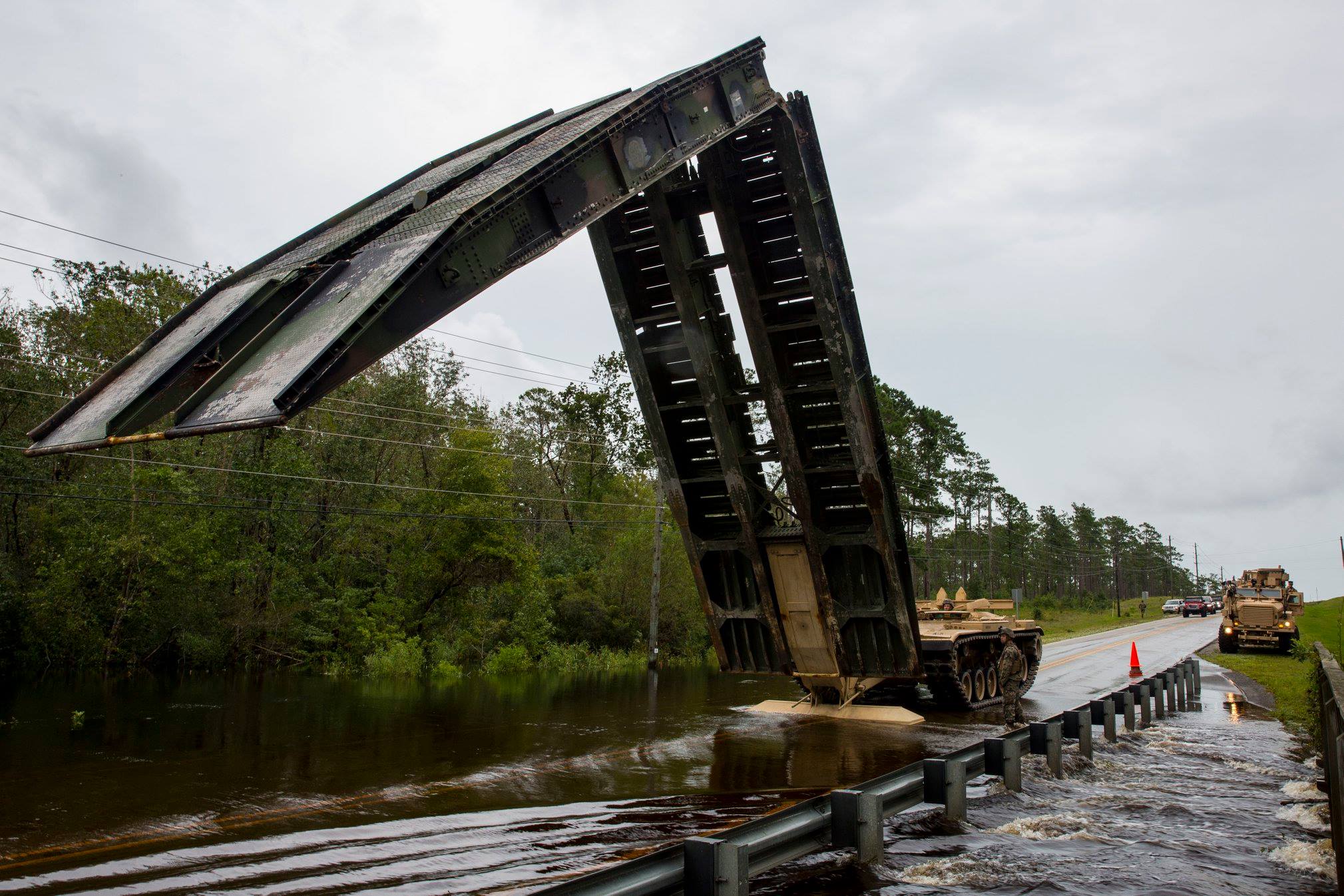 The Marines brought the civilians to the nearby Pine Green Volunteer Fire Department, according to a statement released by Nat Fahy, a Camp Lejeune spokesman. The civilians were then taken to various shelters in Onslow County, according to the Marine Corps.

The Marines’ quick response to the request from help was something practiced in May, during a table-top exercise held at Camp Lejeune. Marine Corps and local Onslow County officials discussed strategies for helping evacuate the county, home to roughly 187,000 residents. An estimated 22,000 live in low-lying areas prone to flooding from a storm surge, according to a Marine Corps release about the exercise.

Such immediate responses by base commanders to provide rescue assistance to their host communities was something pre-authorized by Secretary of Defense James Mattis in anticipation of the storm making landfall, Kenneth Rapuano, assistant secretary of Defense for Homeland Defense and Global Security, said last week during a media briefing on storm preparations.

Camp Lejeune, located just north of where Hurricane Florence made landfall, did not evacuate ahead of the storm. Camp Lejeune’s system of emergency shelters and medical facilities were determined to provide ample protection to Marines and their families who chose to remain on base, explained Brig. Gen. Julian Alford, commanding general of Marine Corps Installations East-Marine Corps Base Camp Lejeune, in a detailed message posted to social media last week.

The Marines are now surveying damage to the base and working to return power. Residents are still warned that massive flooding in the region has yet to recede, making travel treacherous, according to a Monday post on the base Facebook page.

Aside from Kearsarge and Arlington, most of the 30 ships to sortie from Naval Station Norfolk ahead of the storm have returned to port, Flippin said. Any ships still at sea are expected to return by Tuesday.