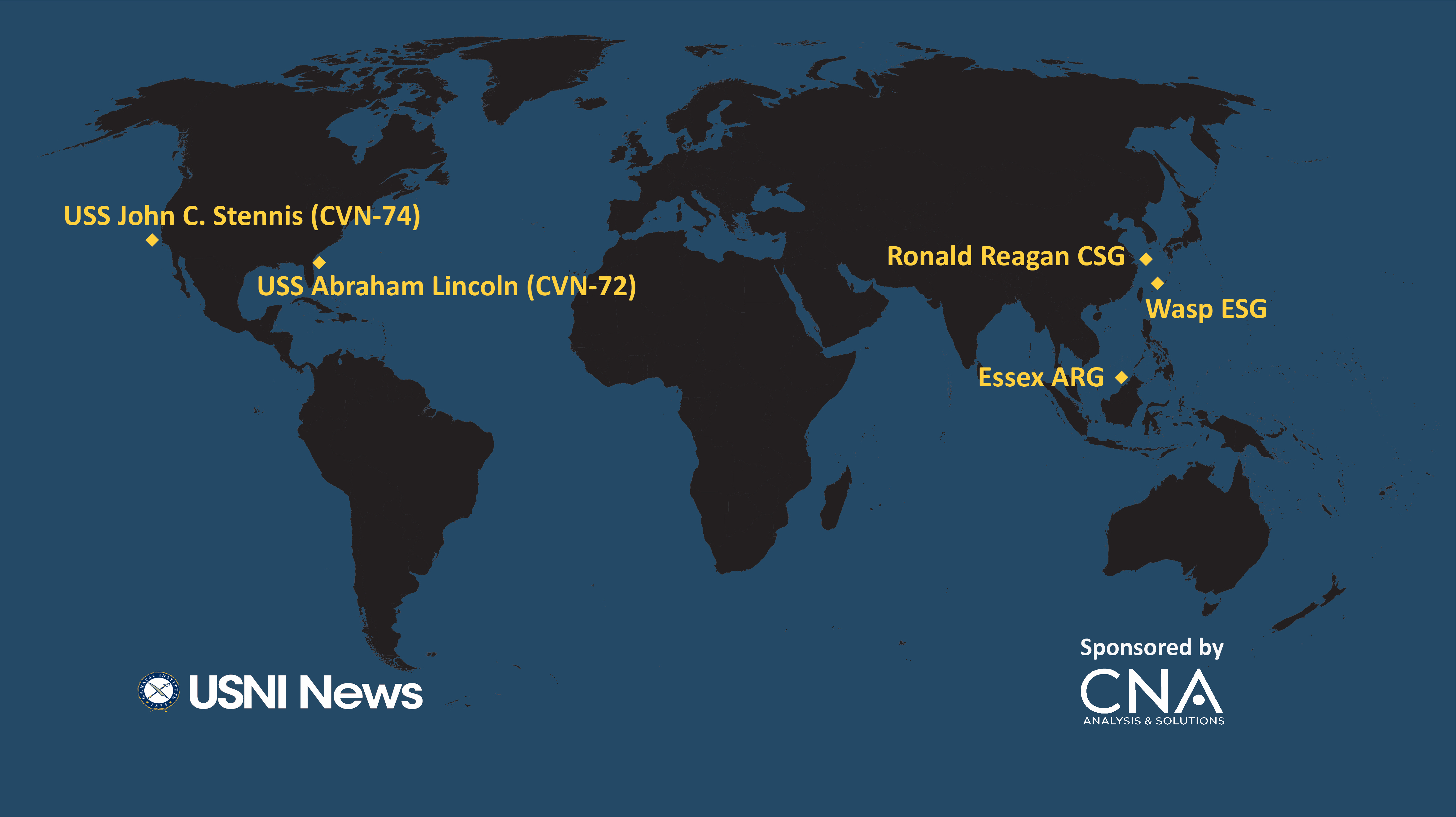 The USNI News Fleet and Marine Tracker is sponsored by CNA. These are the approximate positions of the U.S. Navy’s deployed carrier strike groups and amphibious ready groups throughout the world as of Aug. 20, 2018, based on Navy and public data. In cases where a CSG or ARG is conducting disaggregated operations, the map reflects the location of the capital ship. 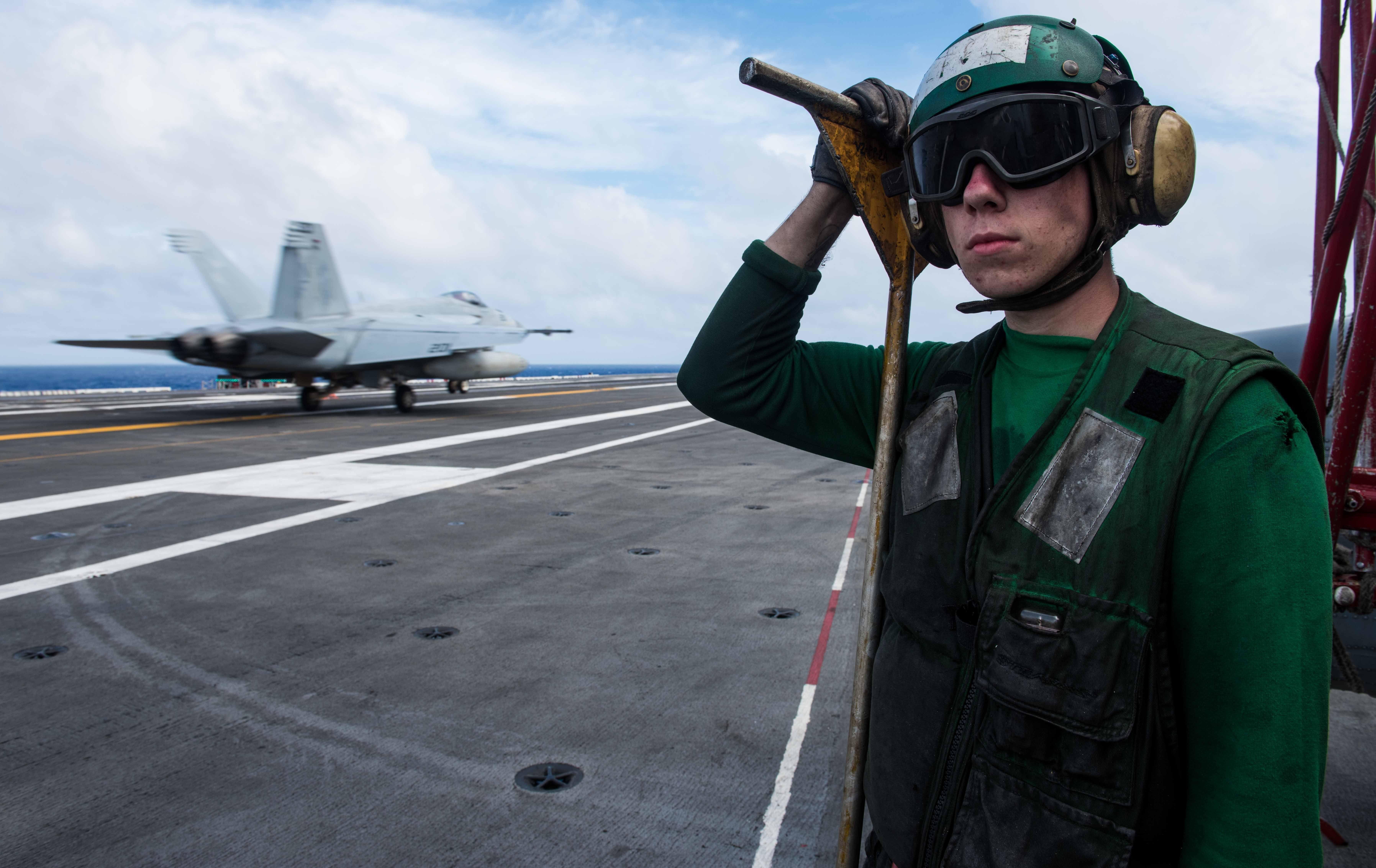 The Ronald Reagan Carrier Strike Group is back on patrol after spending a few weeks in its homeport in Yokosuka, Japan. 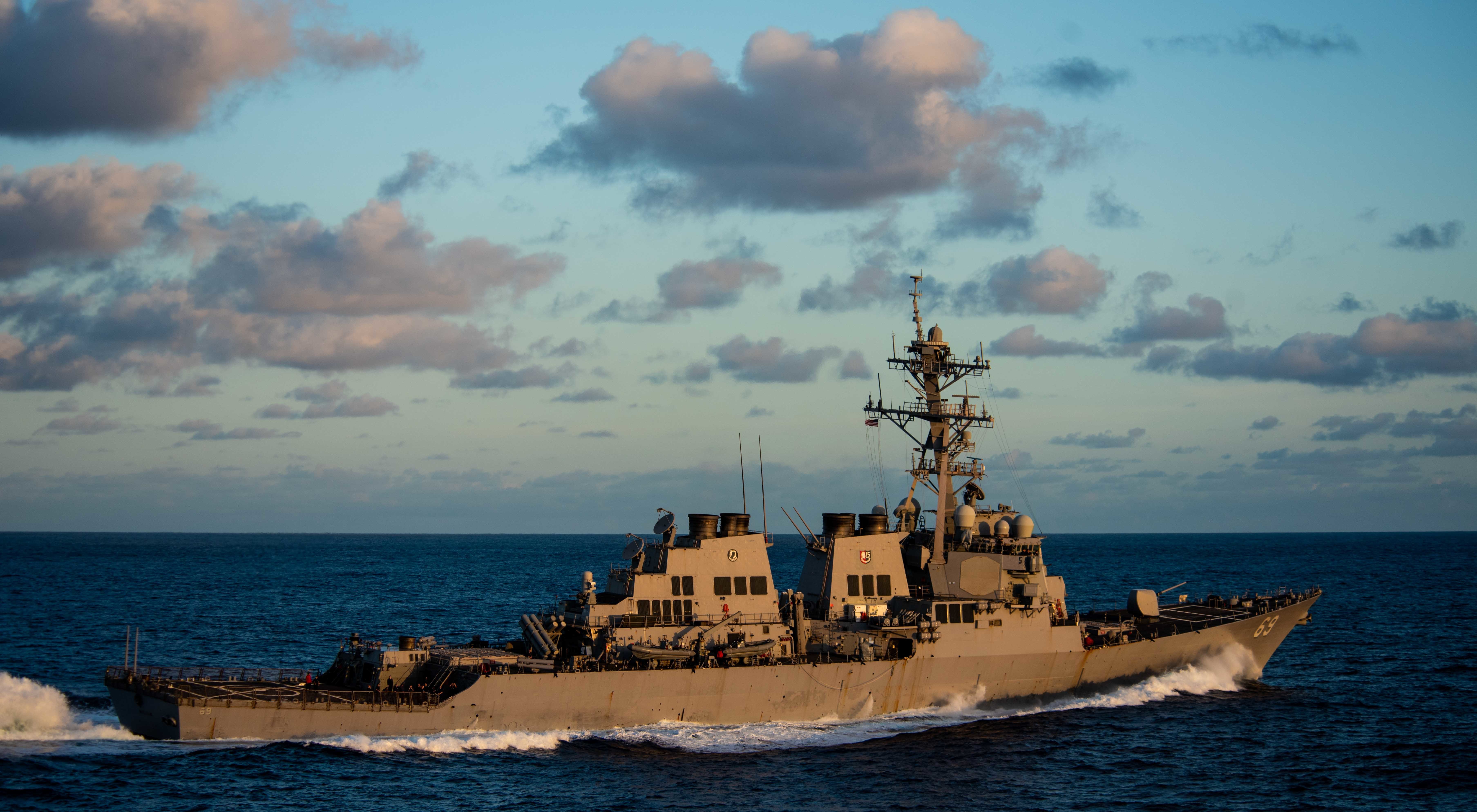 USS Milius (DDG 69) steams alongside the Navy’s forward-deployed aircraft carrier, USS Ronald Reagan (CVN 76), during a transit of the Philippine Sea on July 20, 2018. US Navy Photo

Milius has been Japan since May. The guided-missile destroyer’s arrival in Japan is the last of a reshuffling of ships designed to move upgraded DDGs to the forward-deployed homeport in Yokosuka, as previously reported by USNI News. Milius is equipped with the Aegis Baseline 9 combat system, which provides the ship with improved air defenses, ballistic missile defenses and surface and undersea warfare capabilities. 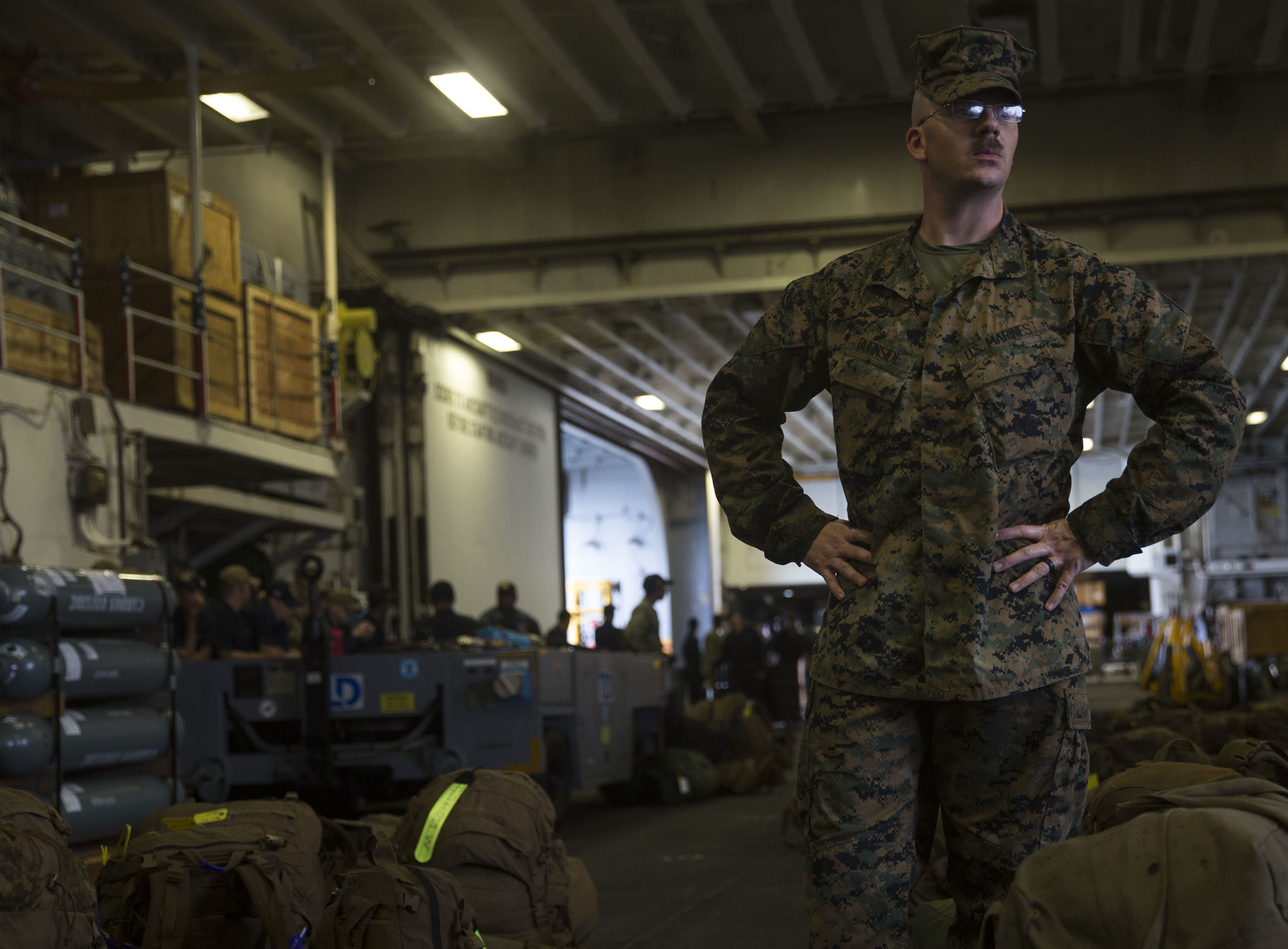 The three-ship Essex Amphibious Ready Group (ARG) and the 13th (MEU) is located north of Borneo. A Marine who was reported missing from USS Essex (LHD-2) while operating in the Sulu Sea has been identified as Cpl. Jonathan Currier and declared deceased, according to a statement from U.S. Pacific Fleet.

Currier, a New Hampshire native, was first reported missing on Aug. 9. He was declared deceased by the Marine Corps on Aug. 17 after an extensive search of the Sulu Sea, Mindanao Strait and the Surigao Strait, according to the Pacific Fleet statement. 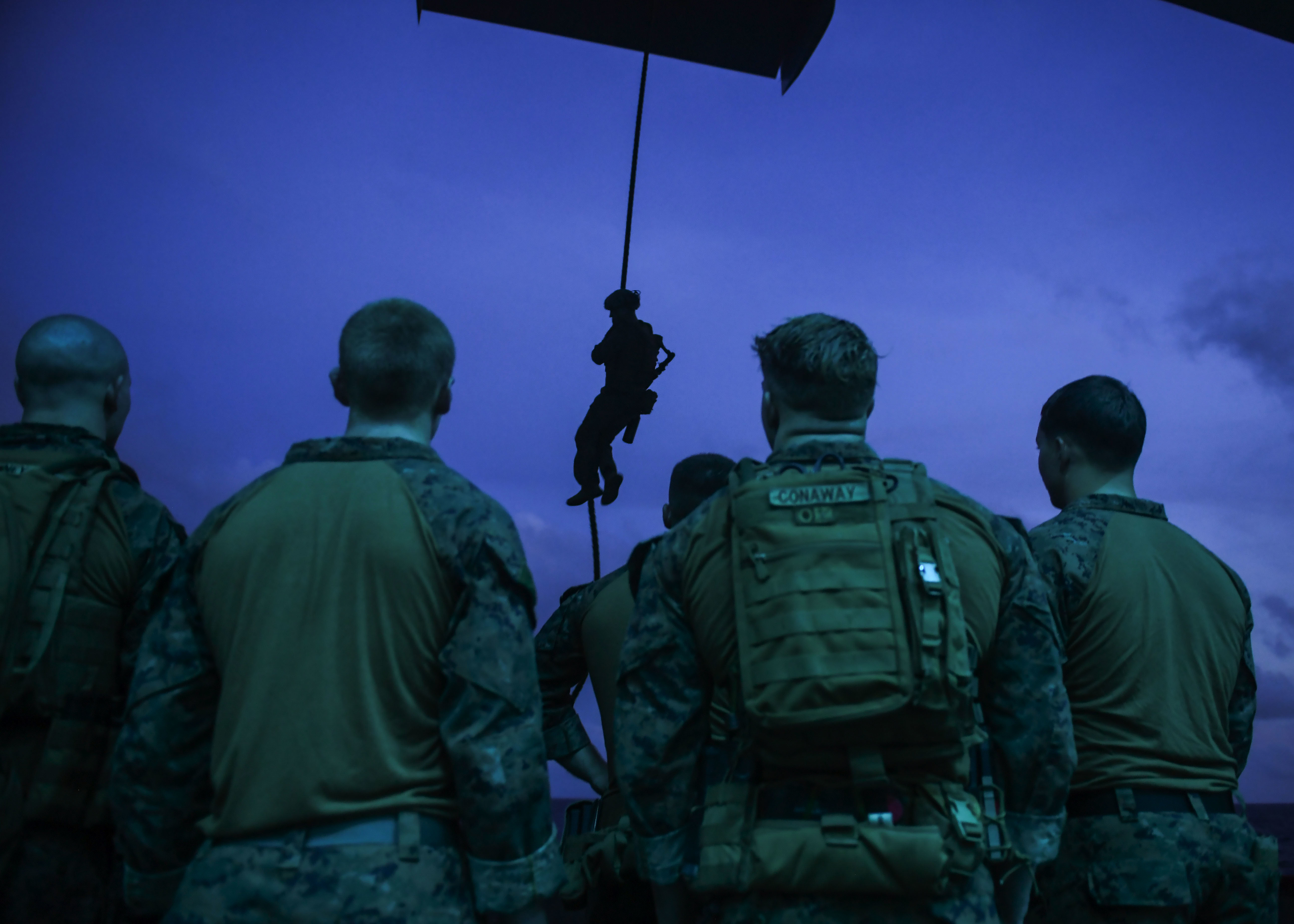 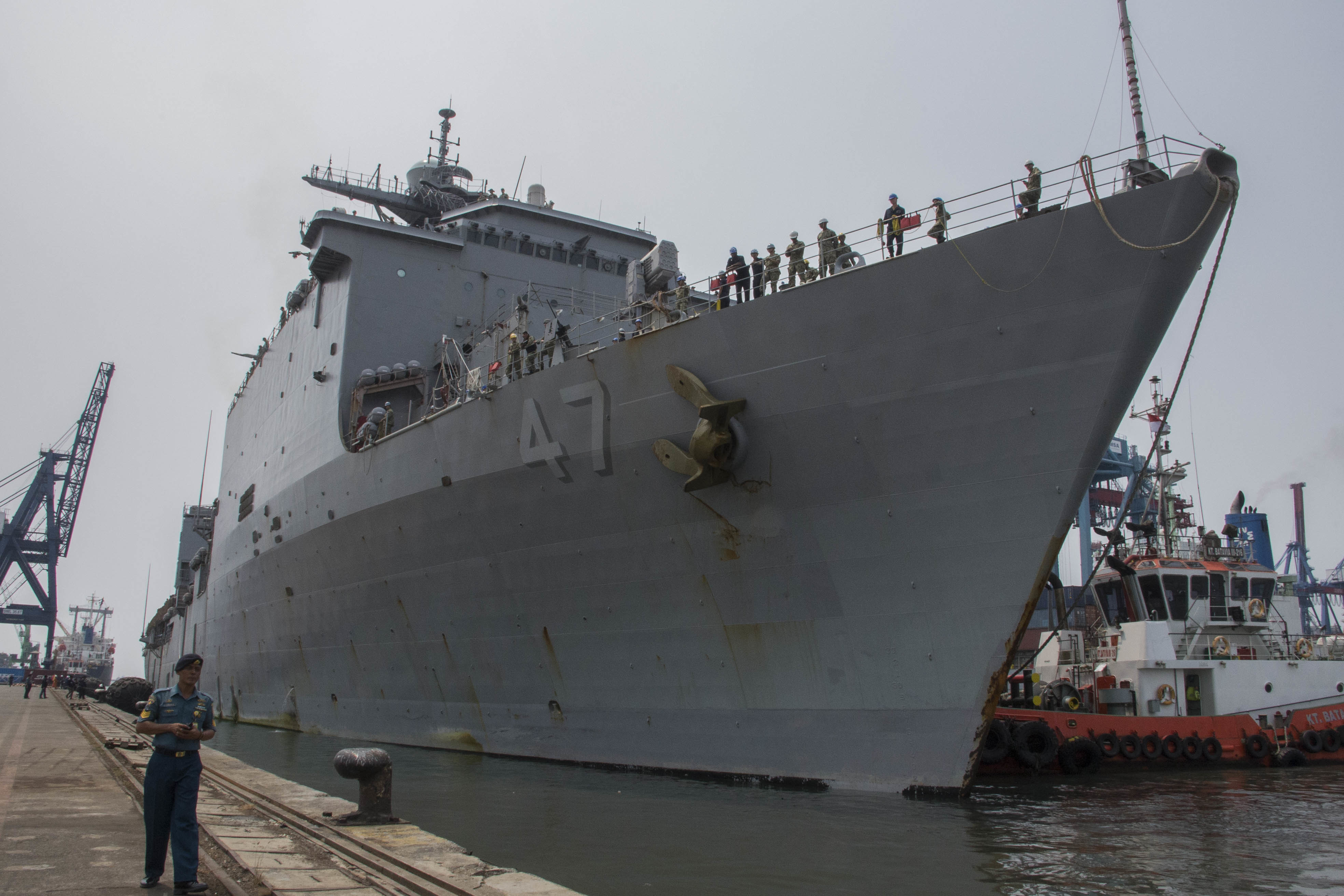 Rushmore and elements of the 13th MEU participated with the Indonesian Navy in the 24th Cooperation Afloat Readiness and Training (CARAT) in Jakarta from Aug. 10 to 17. 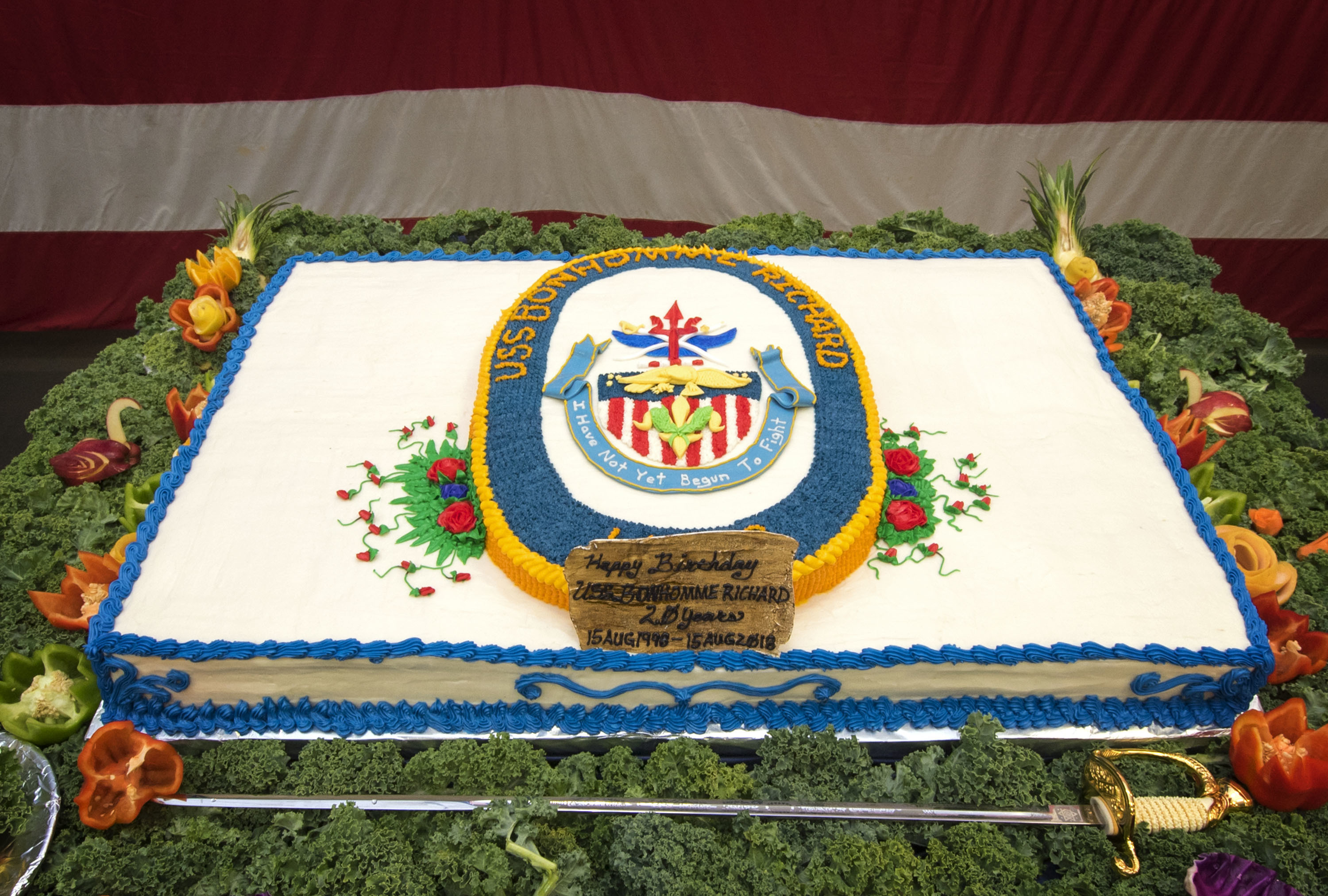 A ceremonial birthday cake is set up in the hangar bay of the amphibious assault ship USS Bonhomme Richard (LHD-6) prior to a celebration of the ship’s 20th birthday. US Navy Photo 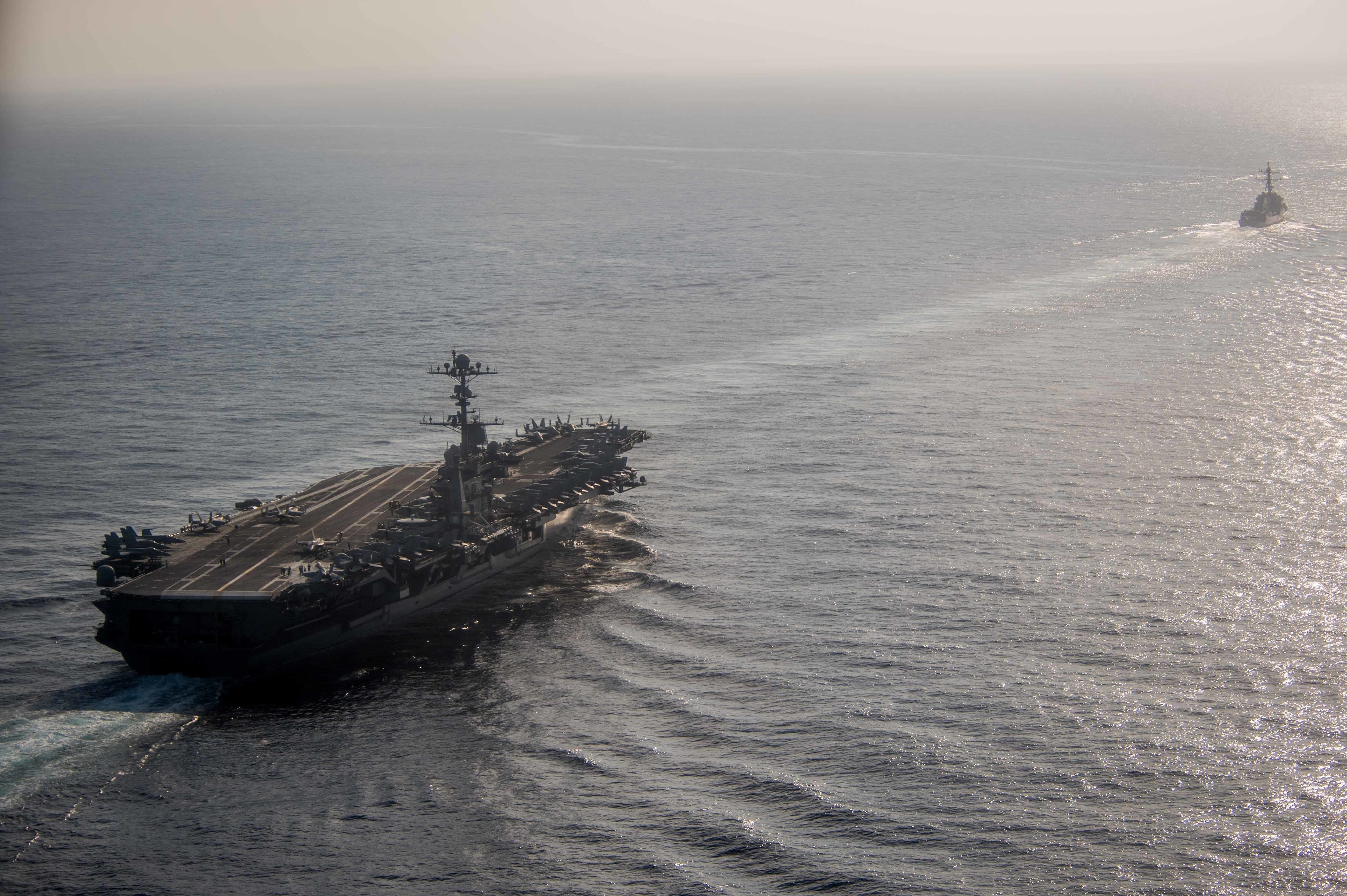 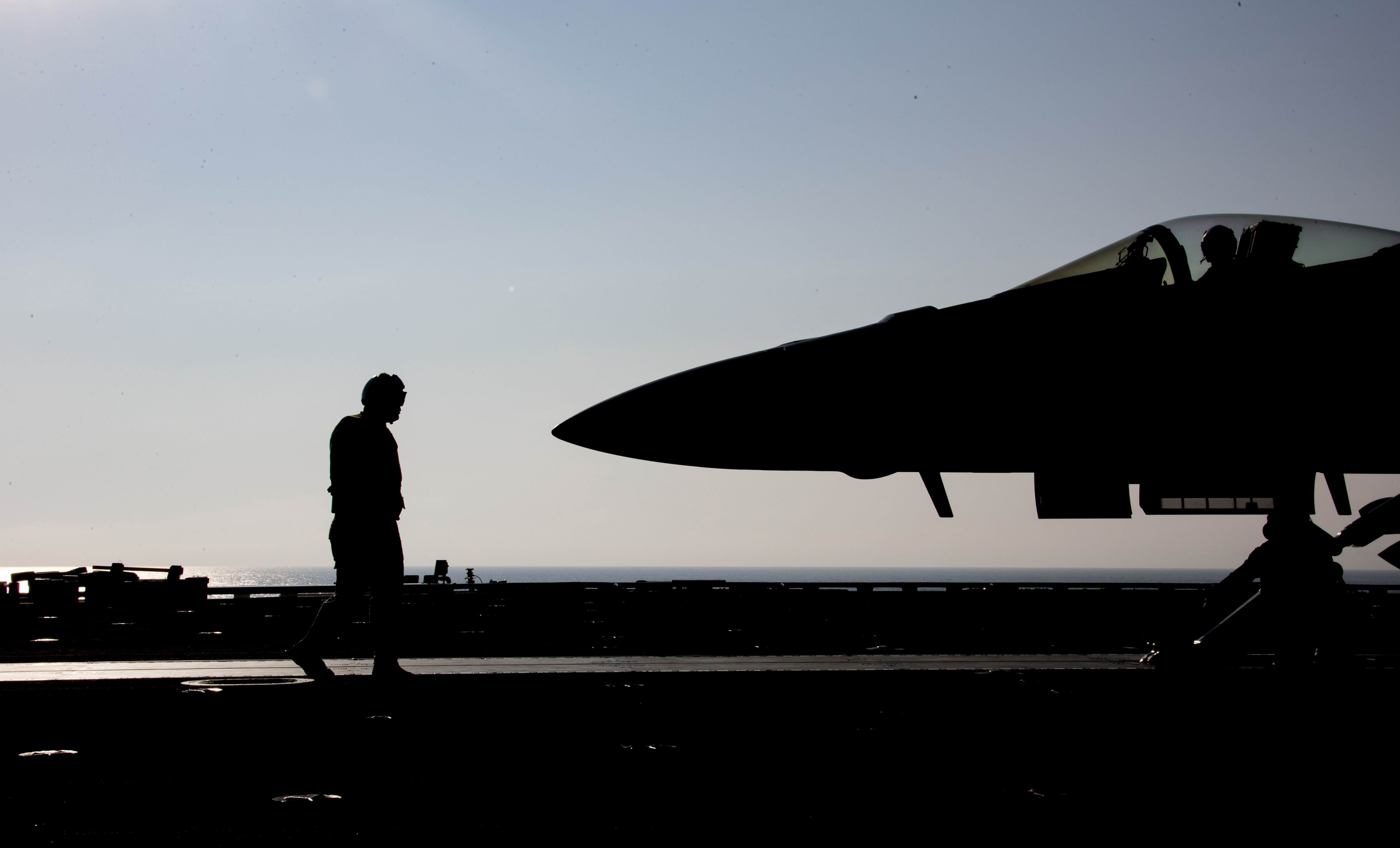 USS Abraham Lincoln (CVN-72) is underway off the Georgia and Florida coasts conducting its Tailored Ship’s Training Availability and Final Evaluation Problems (TSTA/FEP). TSTA prepares the ship and crew for full integration into a carrier strike group through a wide range of mission-critical operations.