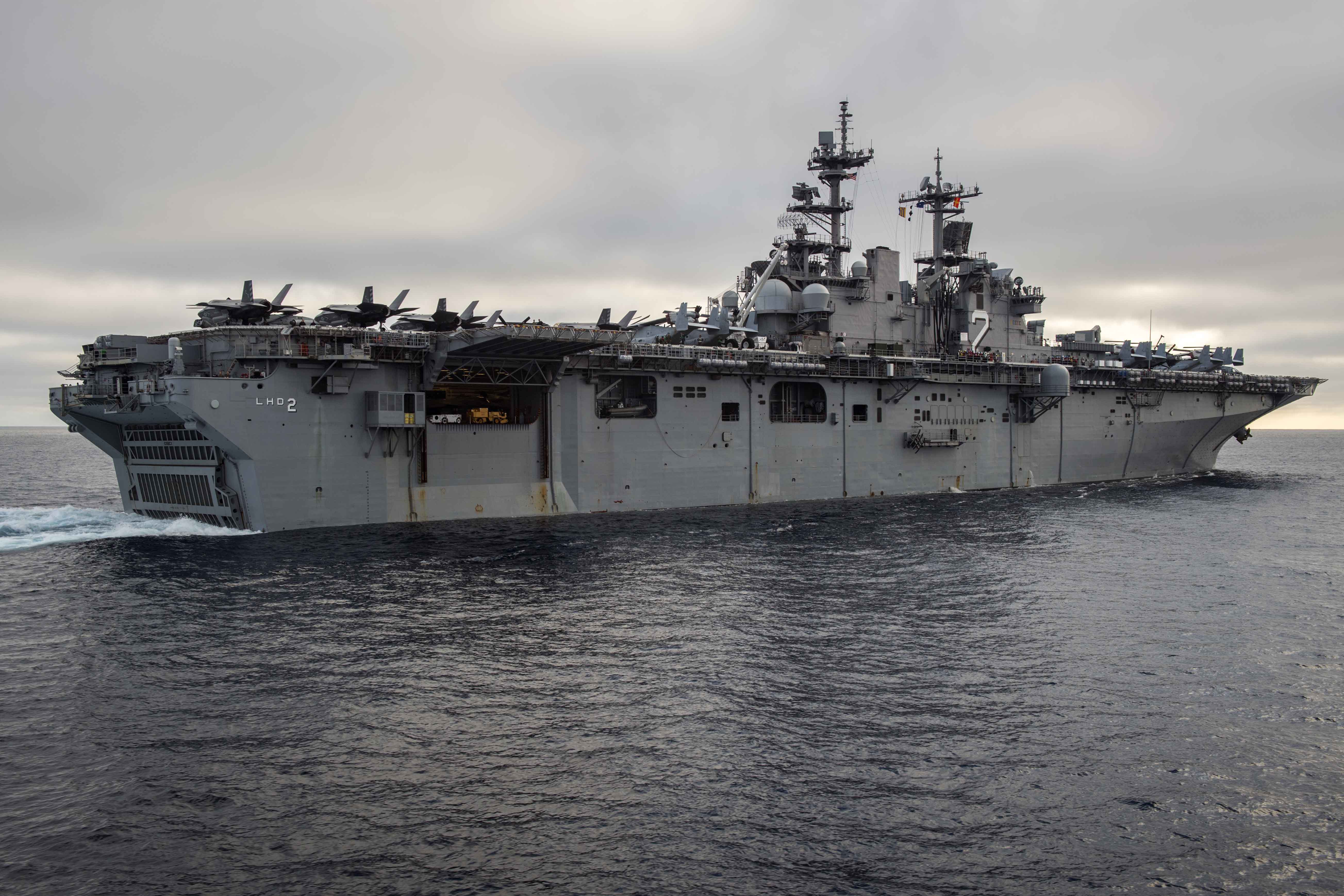 A Marine who was reported missing from USS Essex (LHD-2) while operating in the Sulu Sea, has been identified as Cpl. Jonathan Currier and declared deceased, according to a statement from U.S. Pacific Fleet.

Currier, a New Hampshire native, was first reported missing on Aug. 9. He was declared deceased by the Marine Corps on Aug. 17, after an extensive search of the Sulu Sea, Mindanao Strait and the Surigao Strait, according to a Pacific Fleet statement.

Currier was a Marine Corps CH-53E Super Stallion crew chief. At the time he was reported missing, Currier was deployed with Marine Medium Tiltrotor Squadron 166 Reinforced, 13th Marine Expeditionary Unit (MEU) aboard Essex. He enlisted in the Marine Corps in August 2015.

“Our hearts go out to the Currier family,” Col. Chandler Nelms, commanding officer of 13th MEU, said in a statement. “Cpl. Currier’s loss is felt by our entire ARG/MEU family, and he will not be forgotten.”

For five days, units from the Essex Amphibious Ready Group, the 13th MEU and the Philippines Coast Guard conducted a search for Currier covering an area of 13,000 square miles, launching more than 110 aerial sorties and 300 flight hours, according to Pacific Fleet.

An investigation of the incident is ongoing.

SULU SEA – The Marine at the center of the Essex Amphibious Ready Group (ARG) and 13th Marine Expeditionary Unit (MEU) search in the Mindanao Sea since Aug. 9 has been identified as Cpl. Jonathan Currier.

On Aug. 17, Currier who was previously listed as Duty Status Whereabouts Unknown (DUSTWUN) was declared deceased.

Currier, a New Hampshire native and a Marine Corps CH-53E Super Stallion crew chief, enlisted in the Marine Corps on August 2015 and graduated from Marine Corps Recruit Depot, Parris Island, in November of that year. He completed School of Infantry at Camp Lejeune, N.C.; Aviation and A&C School in Pensacola, Fla.; and Center for Naval Aviation Training in Jacksonville, N.C.

Currier was assigned to Marine Heavy Helicopter Squadron 361 at Marine Corps Air Station, Miramar, and was deployed at the time of his disappearance with Marine Medium Tiltrotor Squadron 166 Reinforced, 13th MEU, aboard the USS Essex (LHD 2).

“Our hearts go out to the Currier family,” said Col. Chandler Nelms, commanding officer, 13th MEU. “Cpl. Currier’s loss is felt by our entire ARG/MEU family, and he will not be forgotten.”

The circumstances surrounding the incident are currently being investigated.

An official photo of Cpl. Currier is not available.