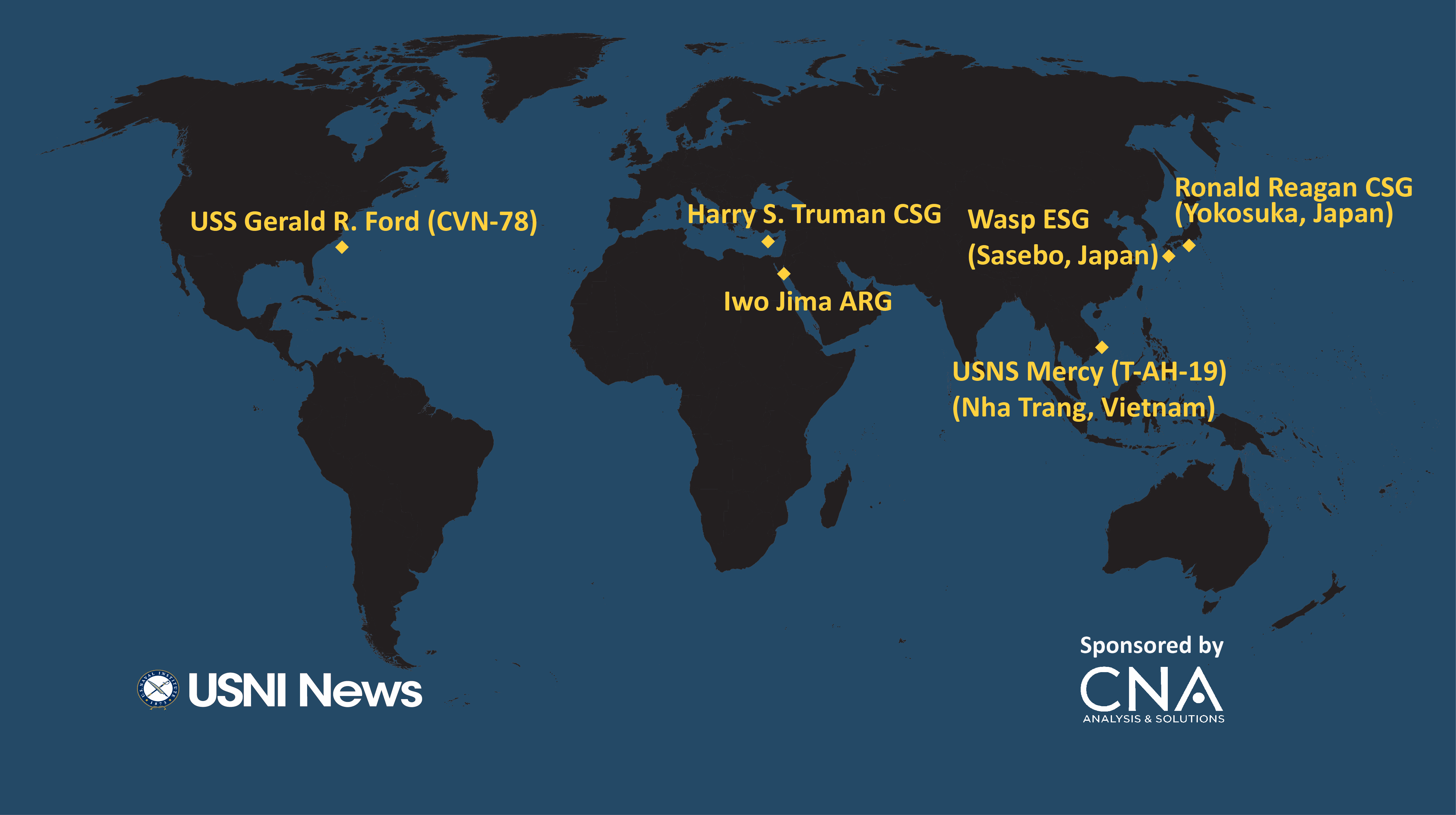 The USNI News Fleet and Marine Tracker is sponsored by CNA. These are the approximate positions of the U.S. Navy’s deployed carrier strike groups and amphibious ready groups throughout the world as of May 21, 2018, based on Navy and public data. In cases where a CSG or ARG is conducting disaggregated operations, the map reflects the location of the capital ship. 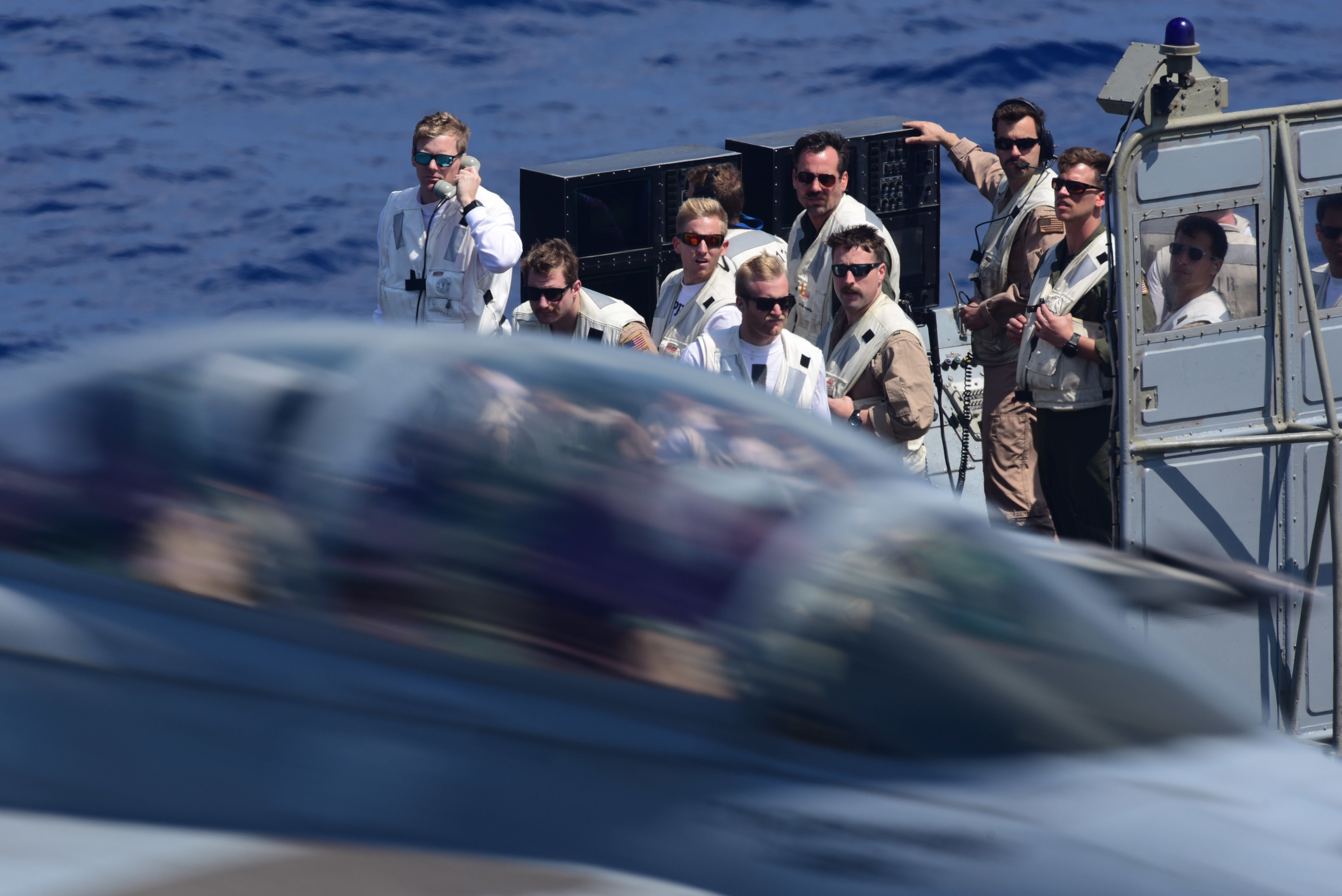 Sailors on the landing safety officer (LSO) platform watch as an F/A-18 Super Hornet lands on the flight deck aboard the Nimitz-class aircraft carrier USS Harry S. Truman (CVN-75) on May 15, 2018. US Navy Photo

The Harry S. Truman Carrier Strike Group (CSG) deployed from Norfolk on April 11 and has been conducting air operating in support of Operation Inherent Resolve (OIR) since May 3, according to the Navy.

The Truman CSG is scheduled to operate in both the U.S. 6th Fleet and U.S. 5th Fleet areas of responsibility while deployed. 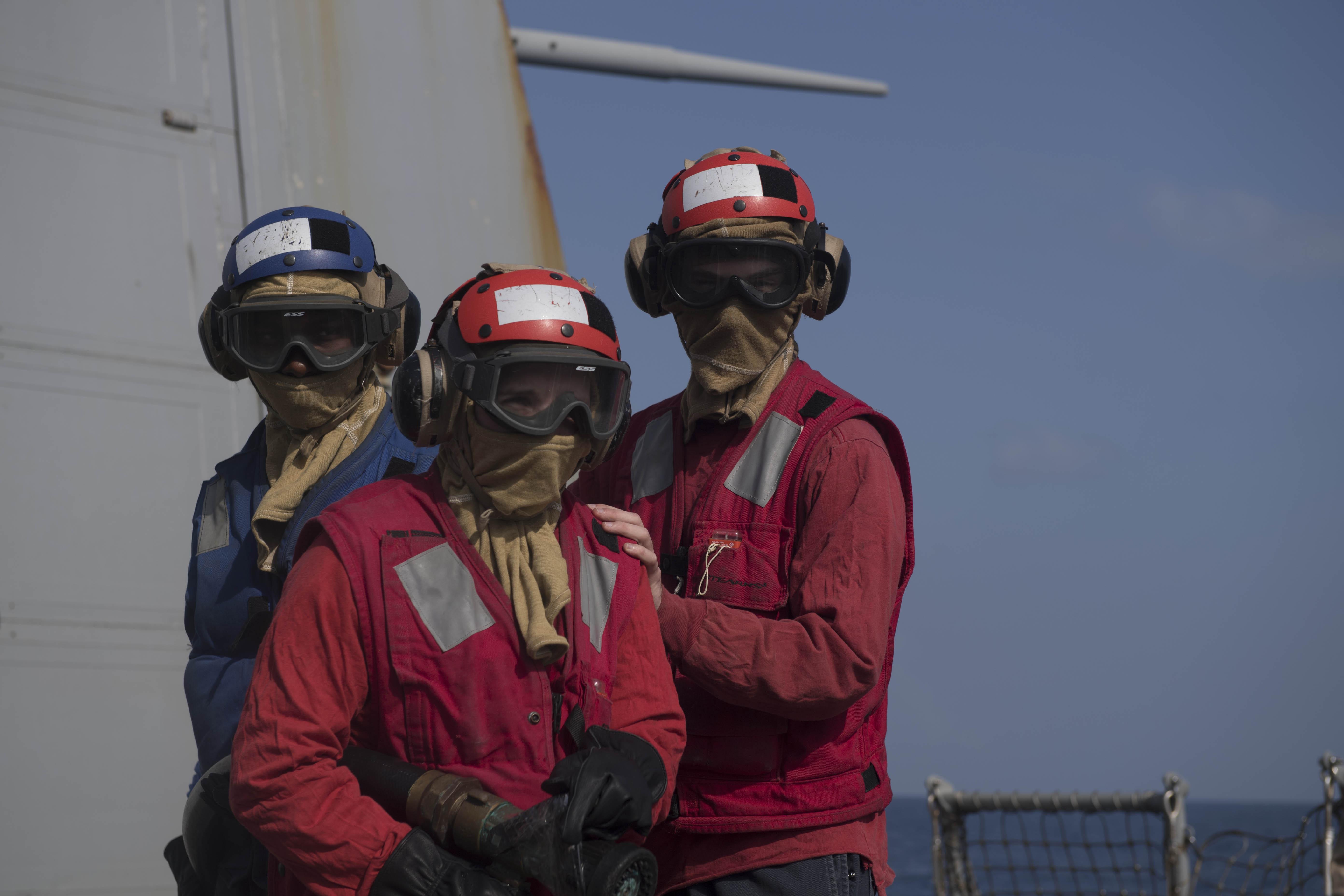 Sailors extinguish a simulated fire during a crash and salvage training exercise on the flight deck aboard the guided-missile destroyer USS Bulkeley (DDG-84) on May 7, 2018. US Navy Photo 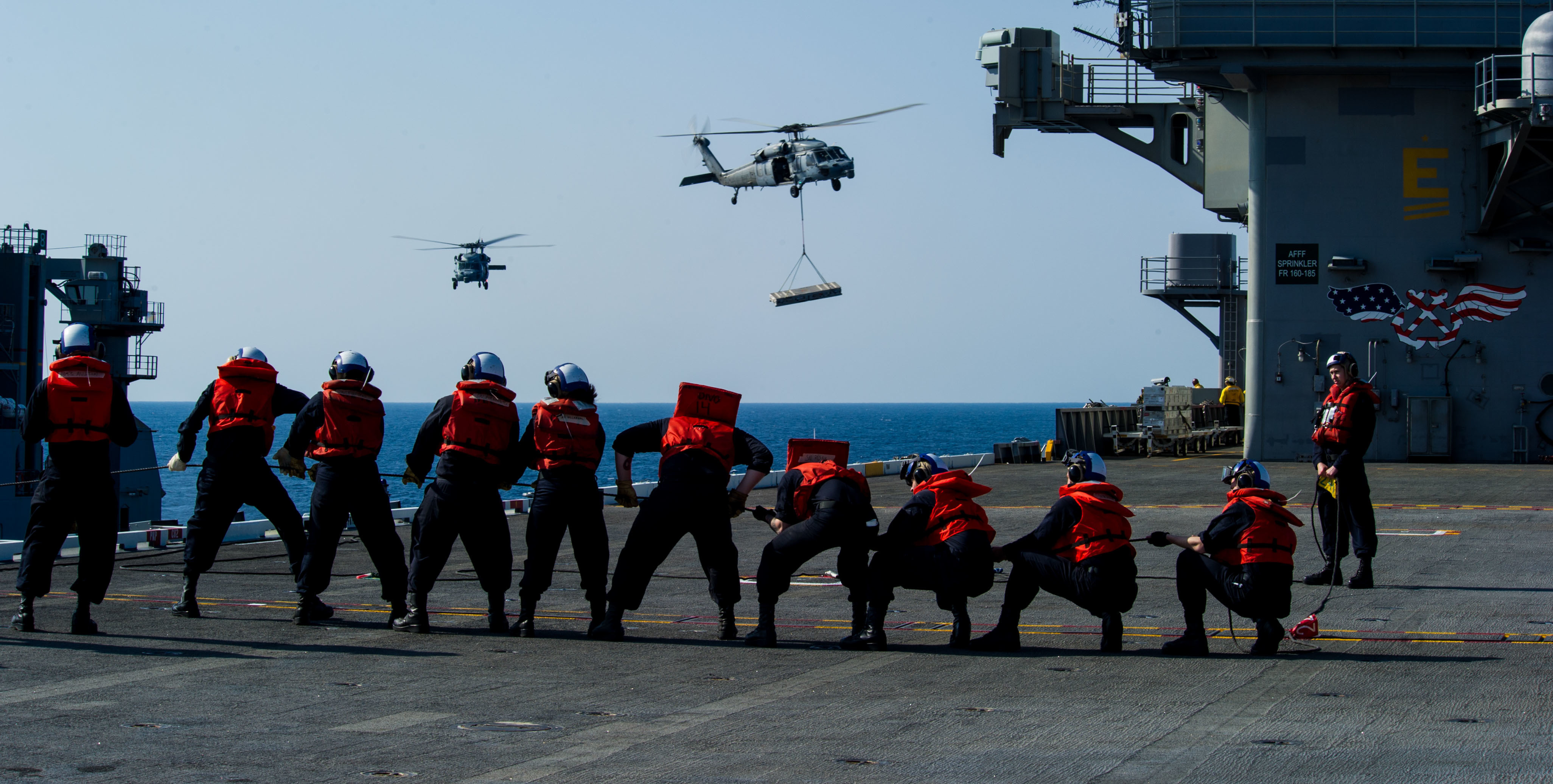 Forward-deployed carrier USS Ronald Reagan (CVN-76) returned to Yokosuka, Japan, on May 18 after a week of sea trials following several months of maintenance that kicked off in January.

However, further carrier-landing practice was delayed due to a material issue that arose during the sea trials.

“USS Ronald Reagan successfully completed Sea Trials on [Thursday]. However, during operational testing and verification of all systems during Sea Trials, a material issue was identified that requires repair,” Lt. Cmdr. Matt Knight, a Task Force 70 spokesman, told Stars and Stripes in a May 17 report. “The repair will result in a delay to the scheduled departure date for USS Ronald Reagan and Carrier Strike Group 5.” 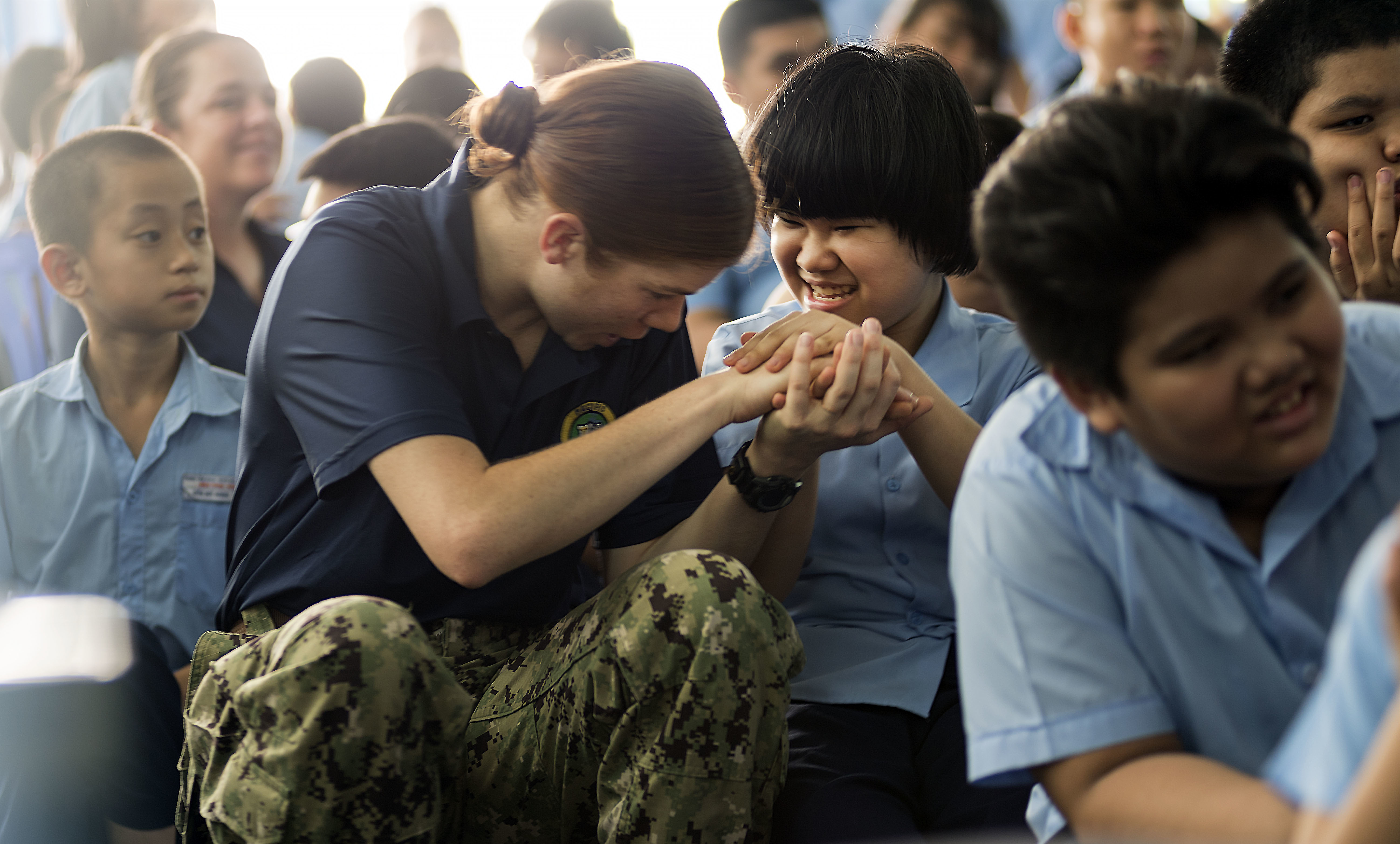 Ensign Jenna Misuraca, currently assigned to Military Sealift Command hospital ship USNS Mercy (T-AH-19), plays with a girl who attends the Khan Hoa Center for Disabled Children during a community event in support of Pacific Partnership 2018 (PP18) on May 21, 2018. US Navy Photo

Hospital ship USNS Mercy (T-AH 19) is in Vietnam as part of Pacific Partnership 2018. This is the fourth time a U.S. ship has stopped in Nha Trang, Vietnam, as part of the annual exercise.

“Vietnam has for years participated in the annual exercise, including hosting a variety of U.S. Navy ships. Mercy has visited the country a few times. In 2007 amphibious assault ship USS Peleliu (LHA-5) stopped in Vietnam as part of that year’s Pacific Partnership, providing a variety of medical, dental, and educational services to the country’s citizens,” reported USNI News. 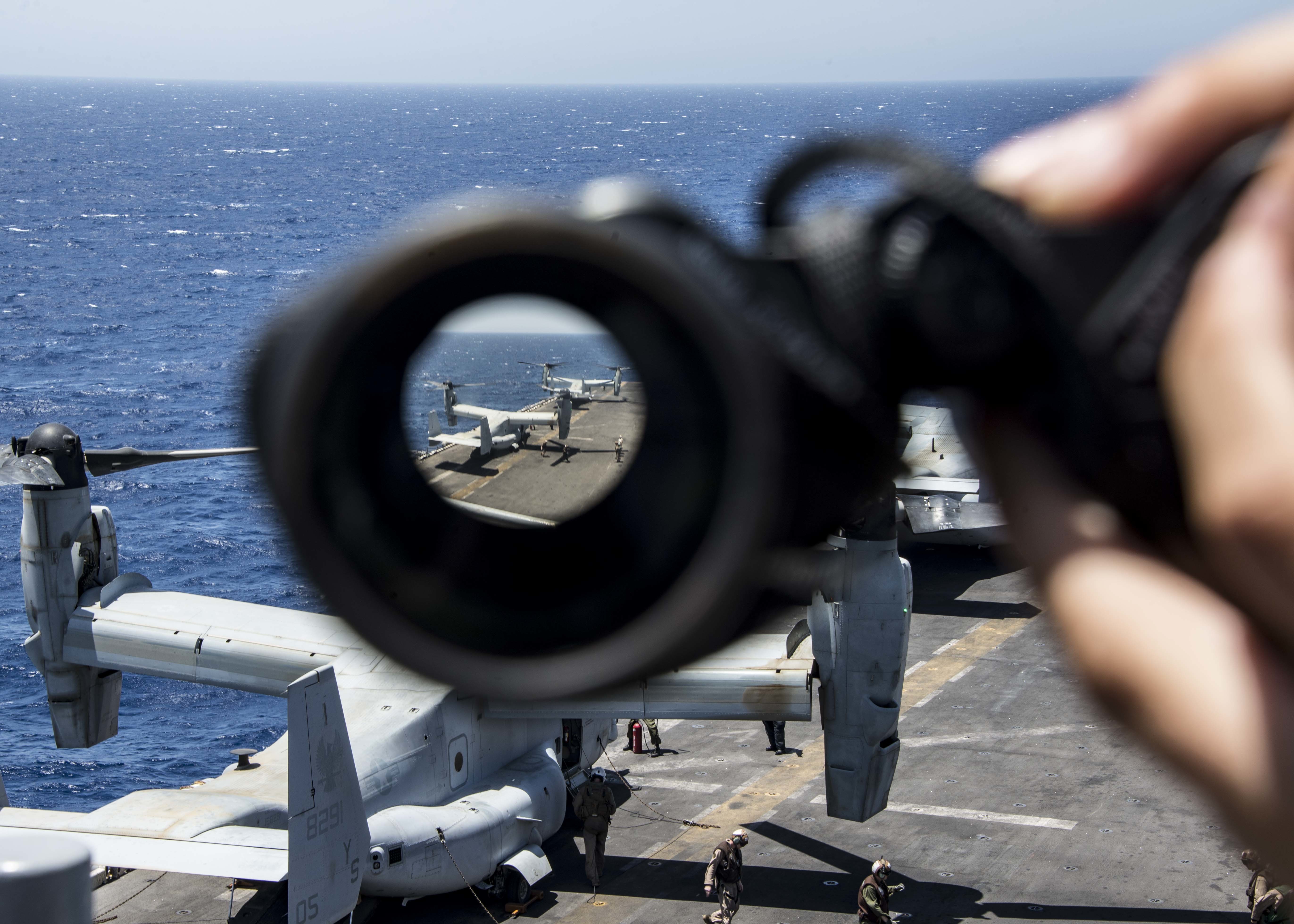 An MV-22B Osprey, attached to VMM 162 Marine Medium Tiltrotor Squadron 162 (Reinforced), prepares for take-off on the flight deck aboard the Wasp-class amphibious assault ship USS Iwo Jima (LHD-7) on May 16, 2018. US Navy photo.

Amphibious assault ship USS Iwo Jima (LHD-7) is in the Red Sea. The Amphibious Ready Group (ARG) is operating in a disaggregated manner, with some units in the Mediterranean Sea and some in the Red Sea. 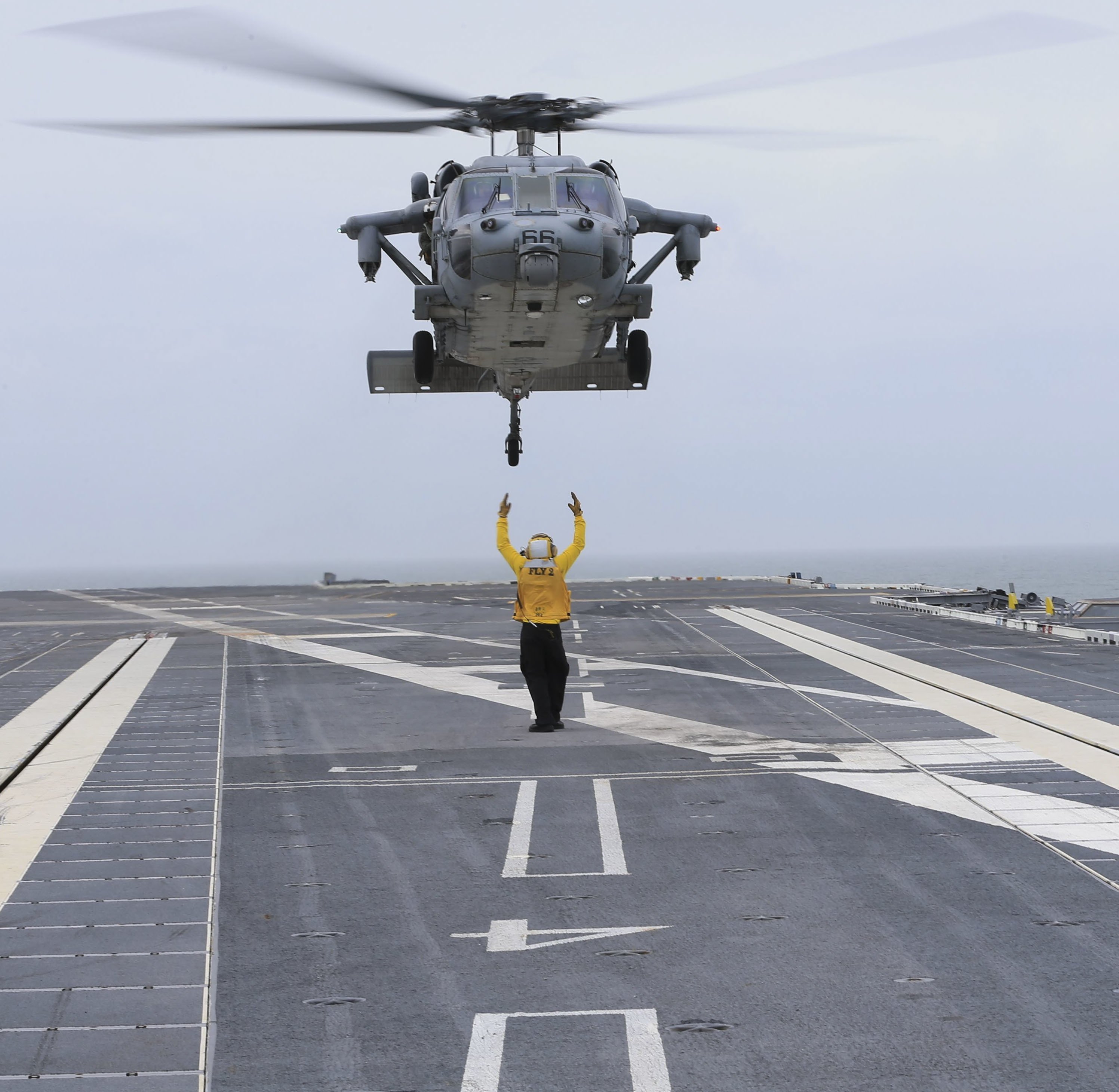