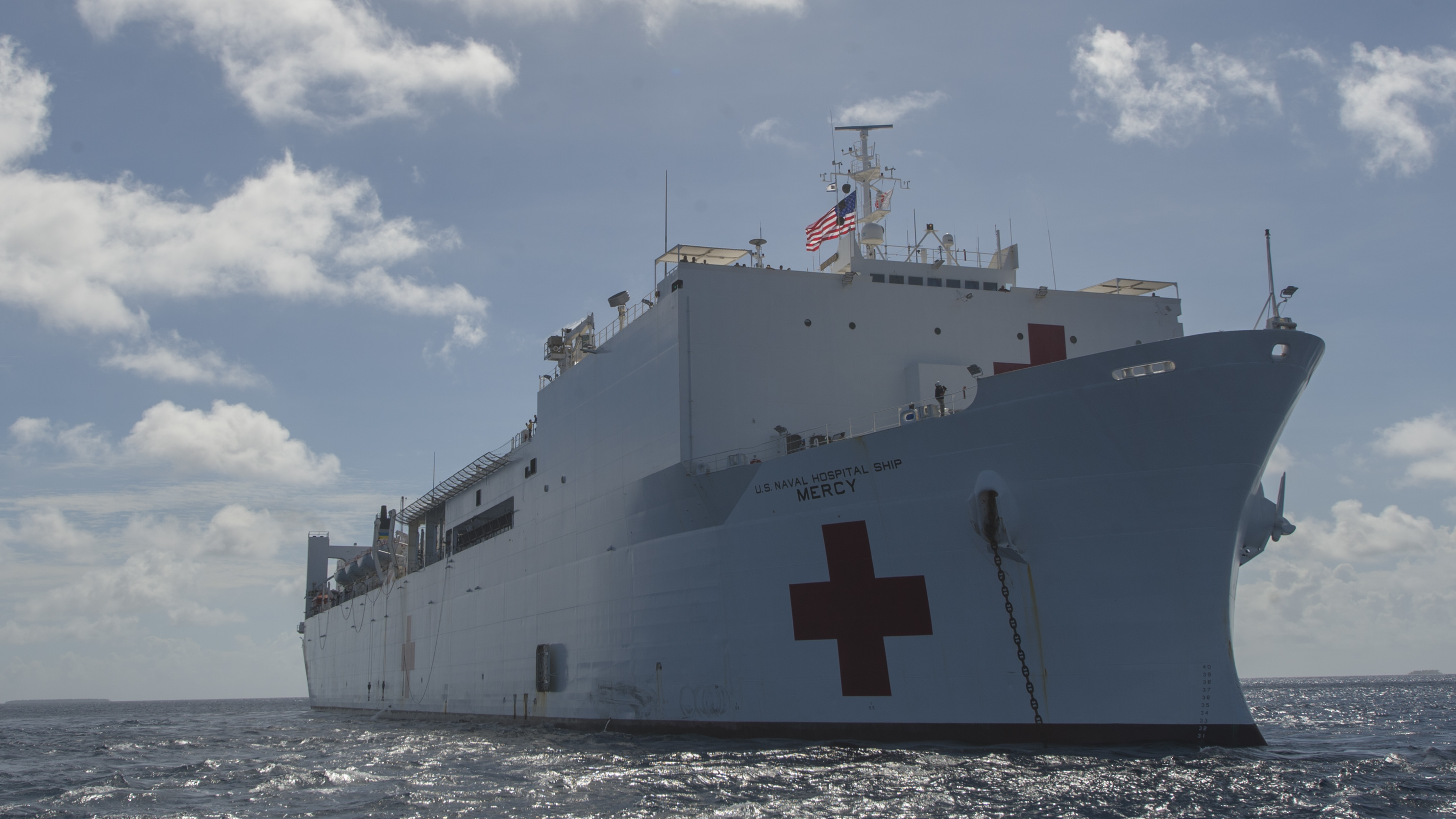 Vietnam has for years participated in the annual exercise, including hosting a variety of U.S. Navy ships. Mercy has visited the country a few times. In 2007 amphibious assault ship USS Peleliu (LHA-5) stopped in Vietnam as part of that year’s Pacific Partnership, providing a variety of medical, dental, and educational services to the country’s citizens, according to the Navy.

Now in its 13th iteration, Pacific Partnership started as the international humanitarian response to the 2004 tsunami that devastated parts of Southeast Asia. Since then, 22 nations from around the world have participated in disaster relief and humanitarian aid exercises in 18 Indo-Pacific region host nations, according to a Department of Defense release announcing the exercise start.

The cooperation between the Vietnamese and U.S. navies during past Pacific Partnership exercises helped set the stage for March’s historic port call made by USS Carl Vinson (CVN-70) to Da Nang, Vietnam, the first port call by a U.S. aircraft carrier to the nation since the Vietnam War ended. At the time, U.S. Navy leadership said the visit was made possible by the trust developed during more than a decade of participating in such exercises as Pacific Partnership.

“I’m proud to have Pacific Partnership back in Nha Trang for 2018. This mission demonstrates U.S. support for a strong, prosperous, and independent Vietnam and our commitment to a free and open Indo-Pacific. Over the next two weeks, we’ll see U.S. and Vietnamese personnel working together on everything from cutting-edge medical exchanges to repairing and improving schools damaged in last year’s floods,” Daniel J. Kritenbrink, the U.S. Ambassador to Vietnam, said in a release.

“I really value the knowledge and best practices we will exchange with our Vietnamese partners in the coming days,” Capt. David Bretz, Pacific Partnership mission commander, said in a release. “Being prepared for natural disasters is crucial to the stability of this region and I look forward to all the great experiences we will have during our visit as we continue to strengthen our partnership with Vietnam.”