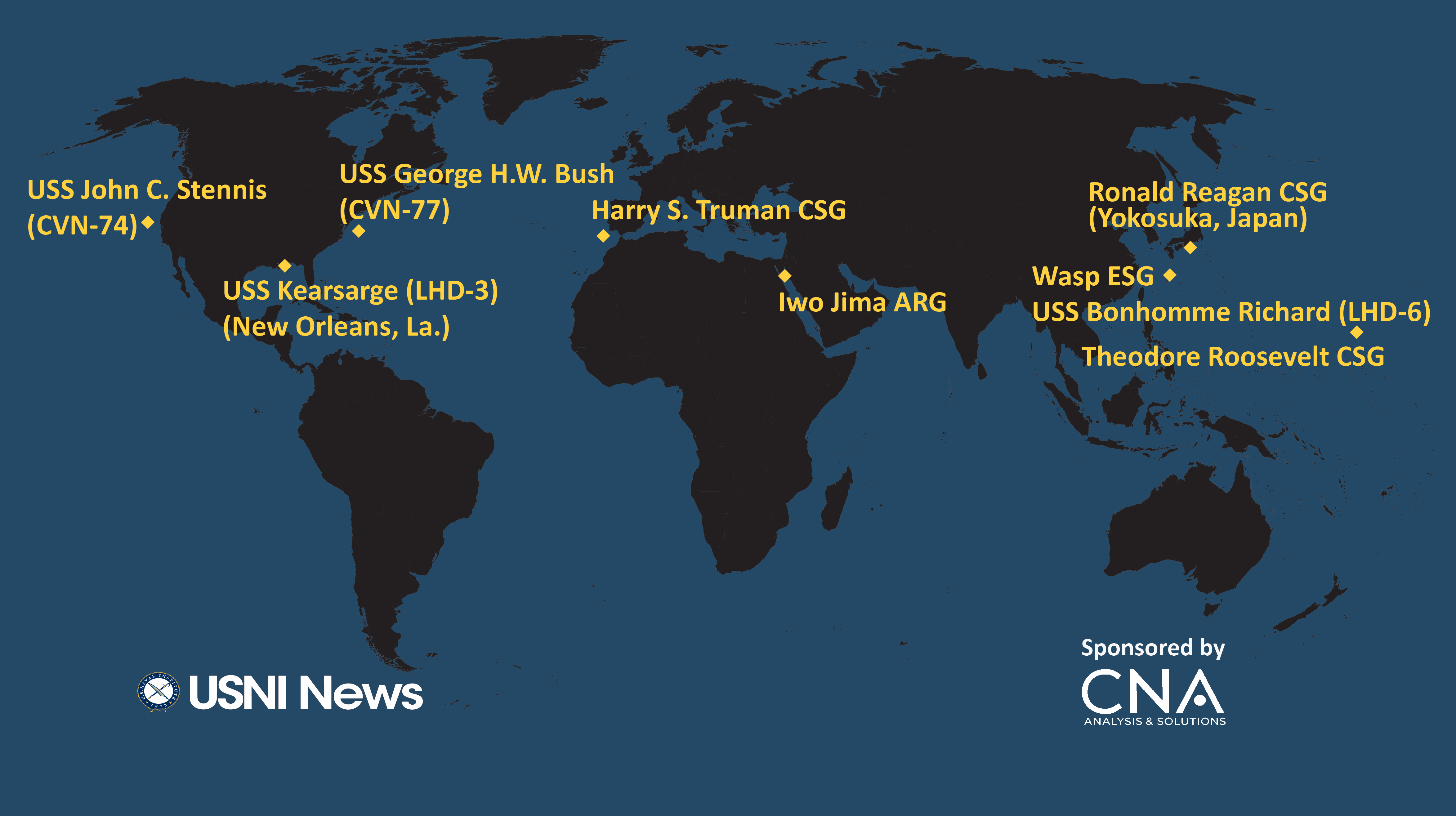 A previous version of the map had the incorrect hull number for aircraft carrier USS George H.W. Bush (CVN-77).
The USNI News Fleet and Marine Tracker is sponsored by CNA. These are the approximate positions of the U.S. Navy’s deployed carrier strike groups and amphibious ready groups throughout the world as of April 23, 2018, based on Navy and public data. In cases where a CSG or ARG is conducting disaggregated operations, the map reflects the location of the capital ship. 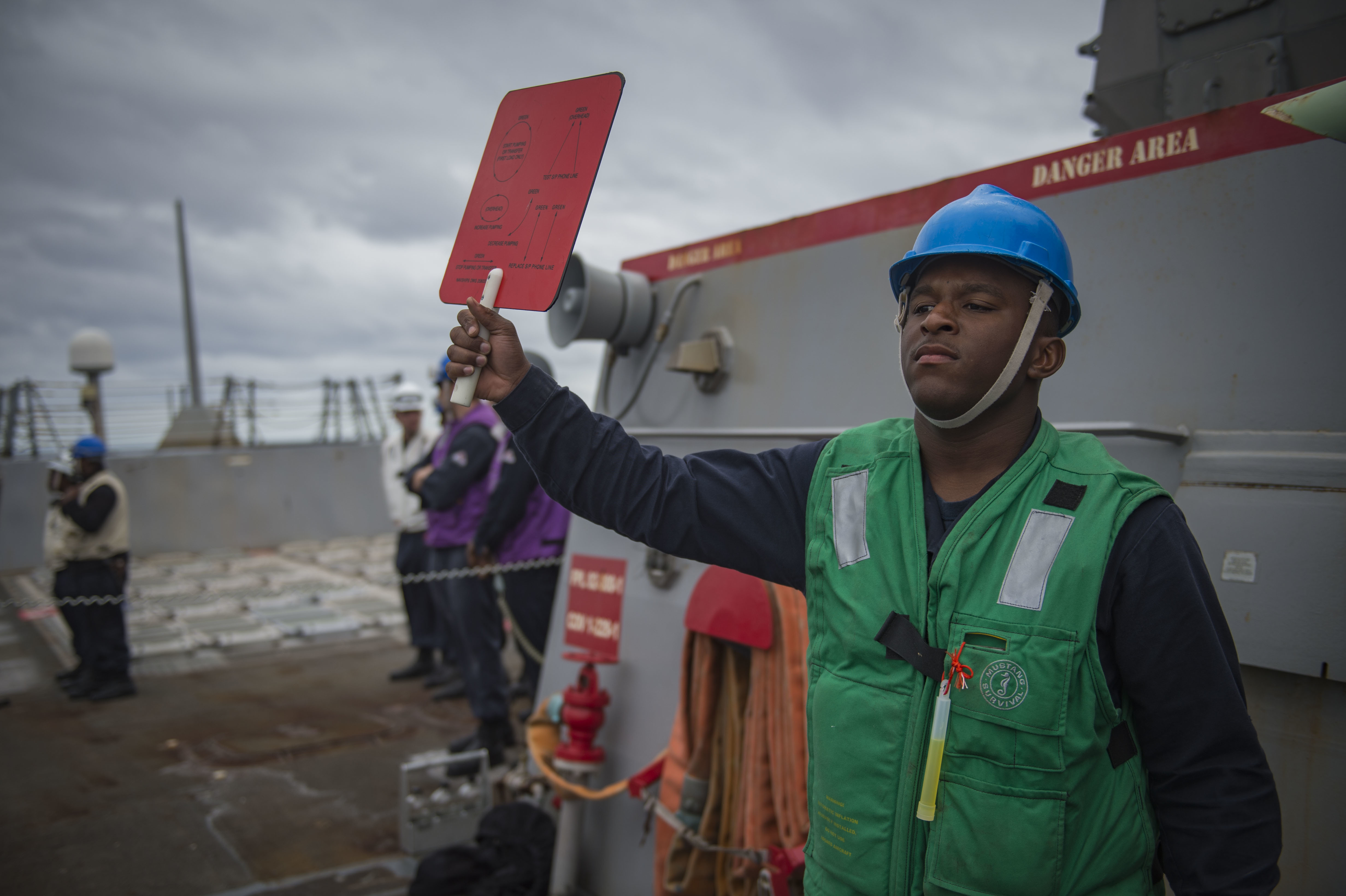 The Harry S. Truman Carrier Strike Group deployed from Norfolk on April 11 and is now just outside the Strait of Gibraltar and set to enter the Mediterranean Sea. The CSG is scheduled to operate in both the U.S. 6th Fleet and 5th Fleet areas of responsibility while deployed. 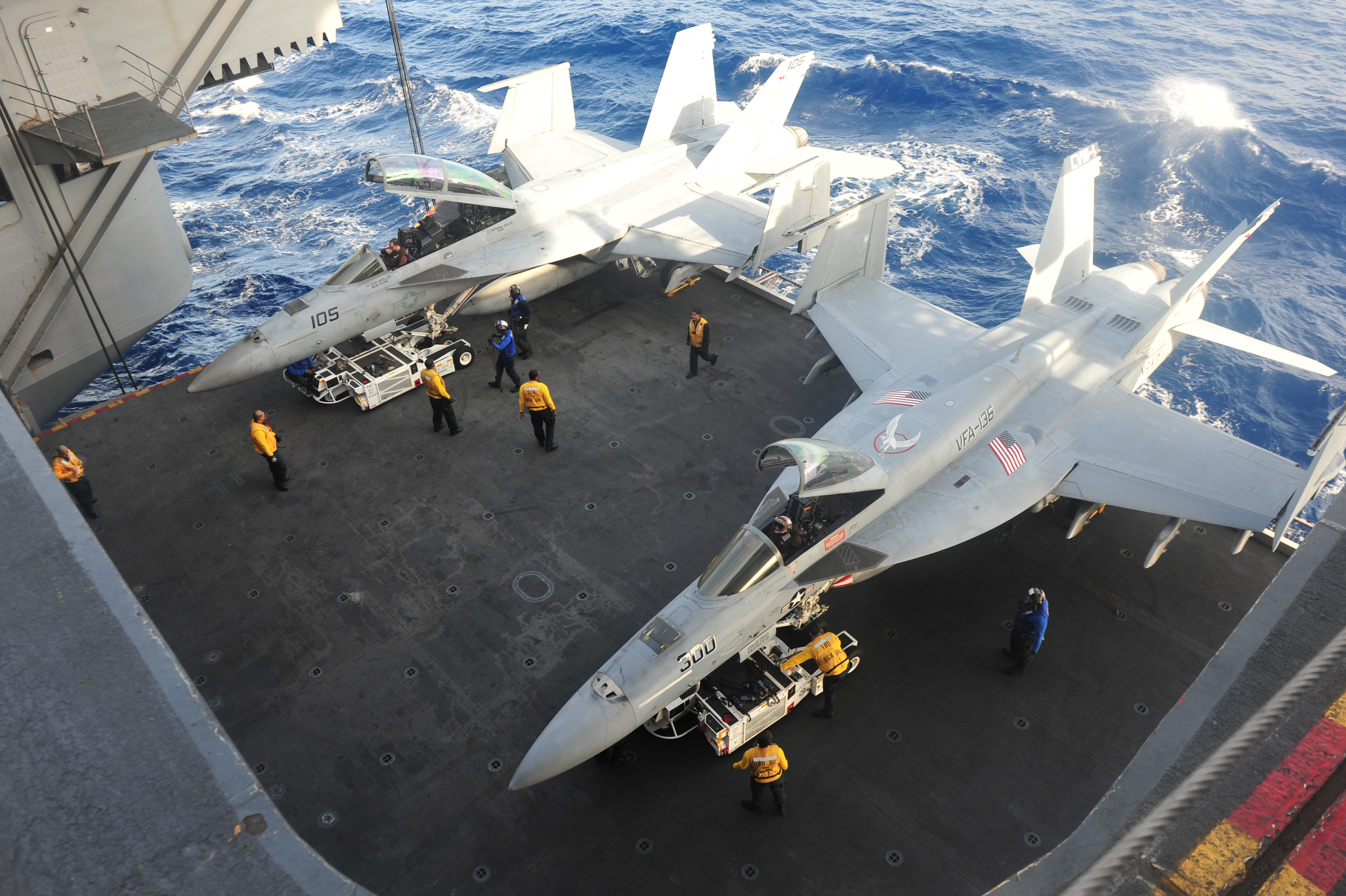 Sailors lower aircraft from the flight deck to the hangar bay on an aircraft elevator aboard tha aircraft carrier USS Harry S. Truman (CVN-75) on April 17, 2018. US Navy Photo 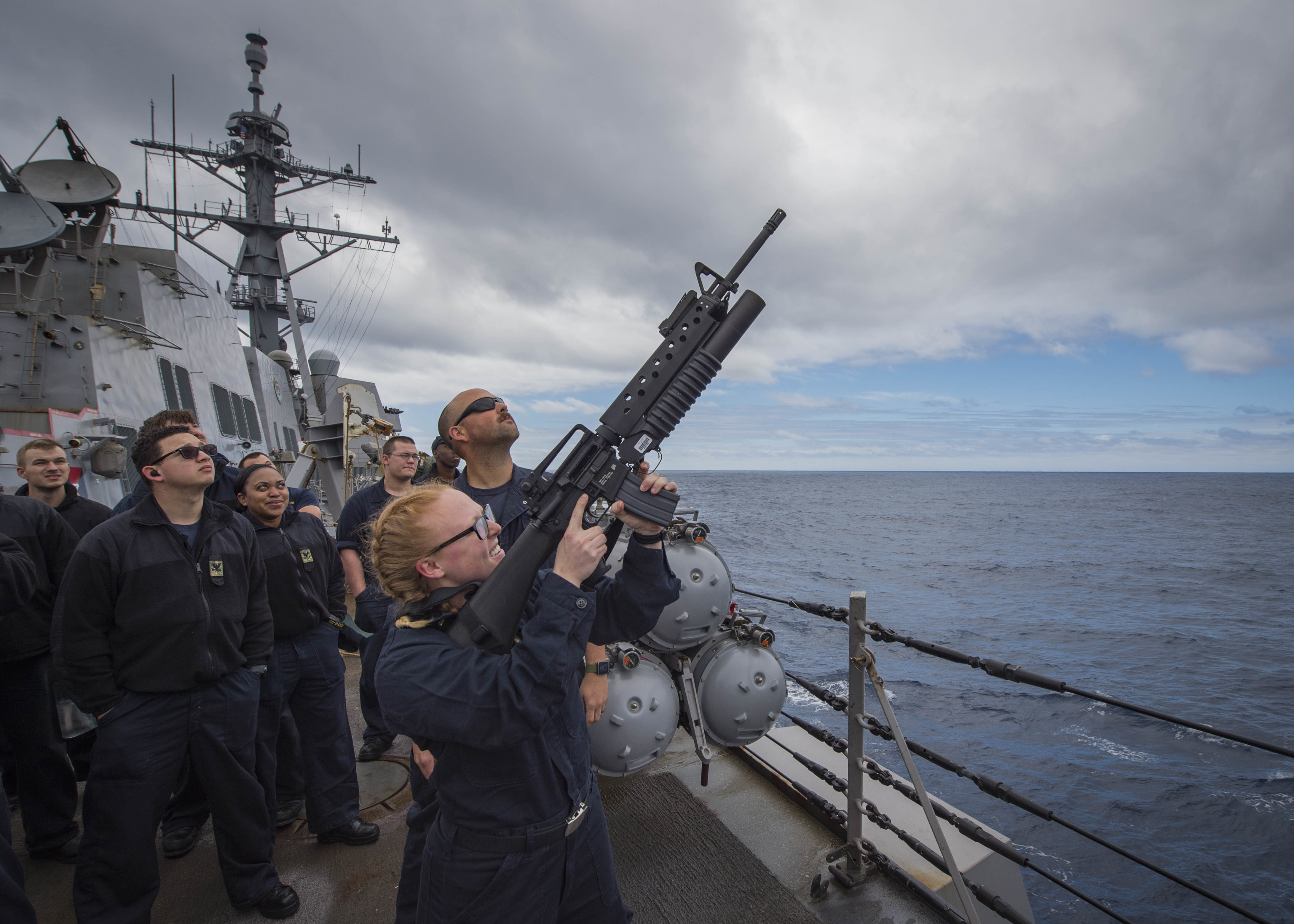 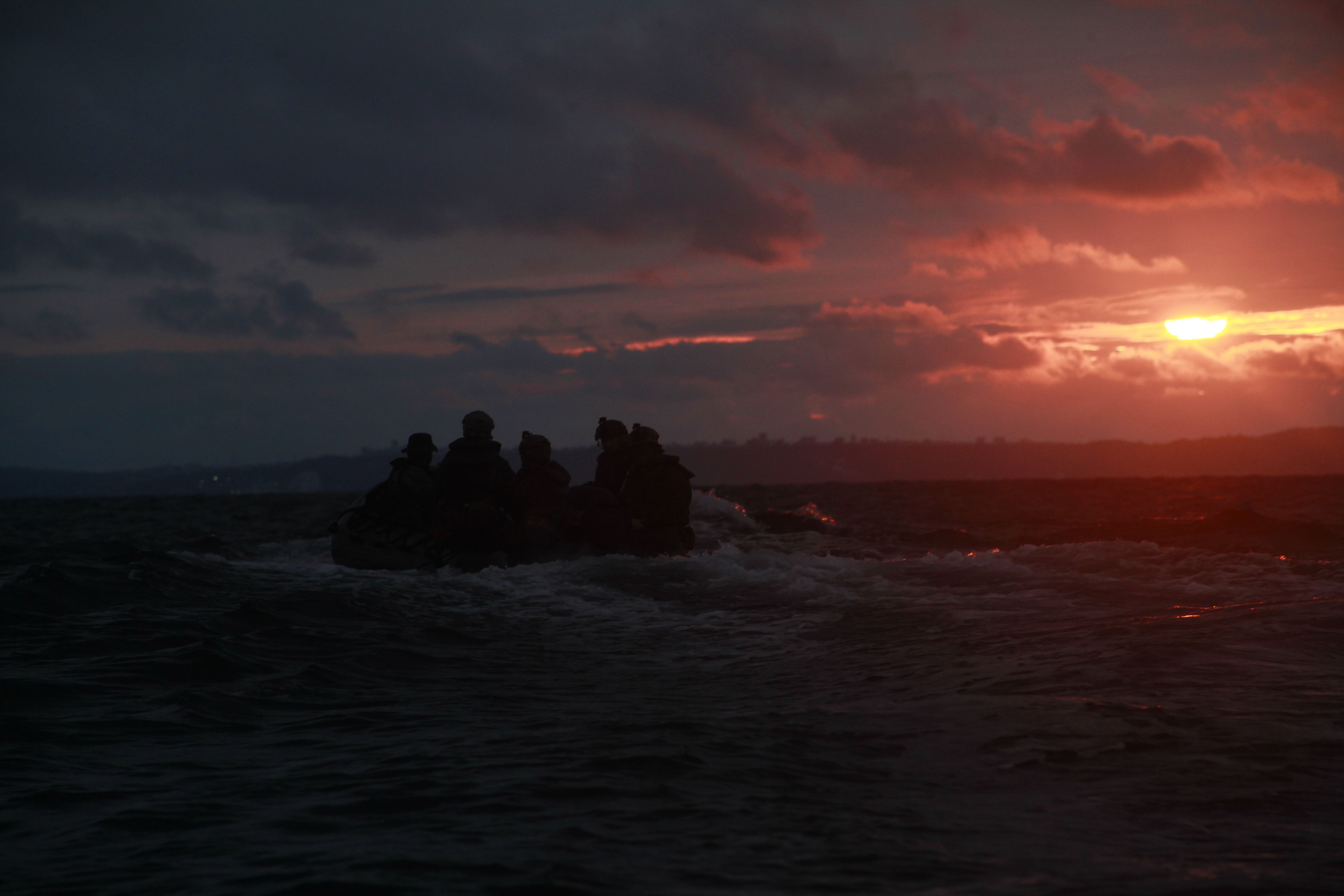 USS Sterett (DDG-104) and USS Dewey (DDG-105) are on a scheduled deployment to conduct operations in the Indo-Pacific region. While deployed, the guided-missile destroyers will also support the Wasp ESG in order to advance U.S. Pacific Fleet’s Up-Gunned ESG concept and will train with forward-deployed amphibious ships across all mission areas. Dewey has been operating with Wasp recently while Sterett has conducted other U.S. 7th Fleet tasks. 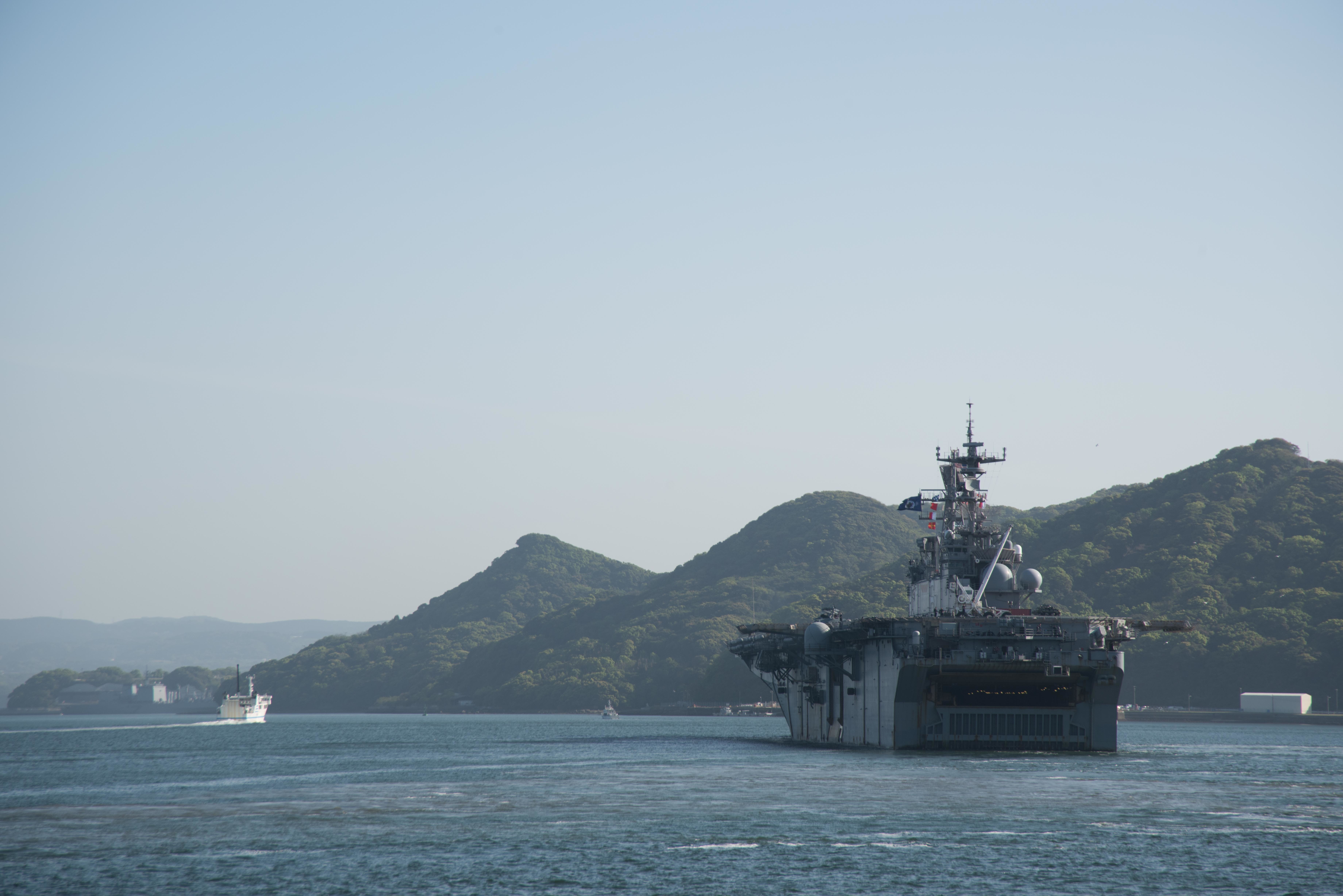 The Theodore Roosevelt CSG is headed east nearing the International Dateline, where it will chop into U.S. 3rd Fleet. 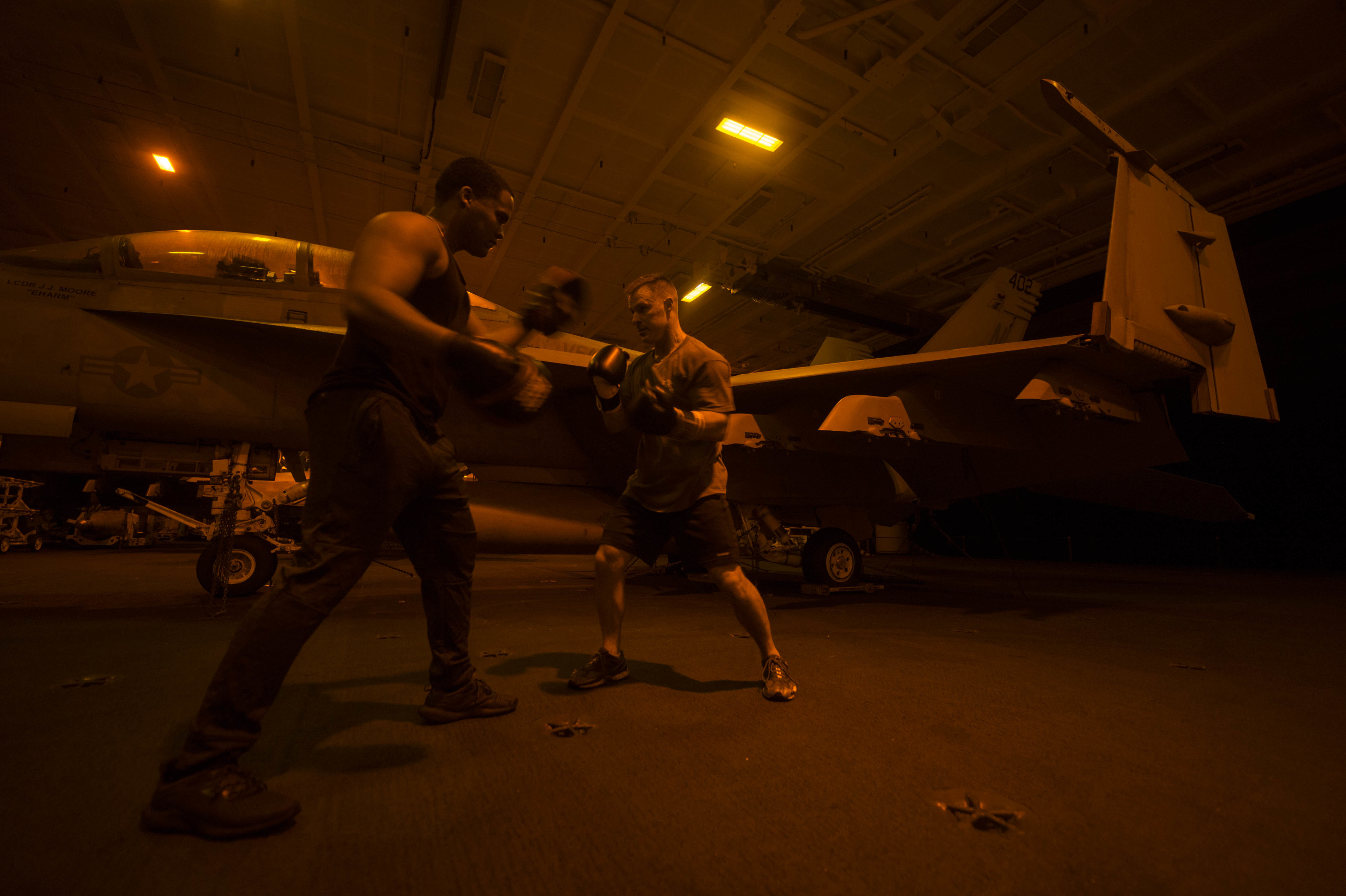 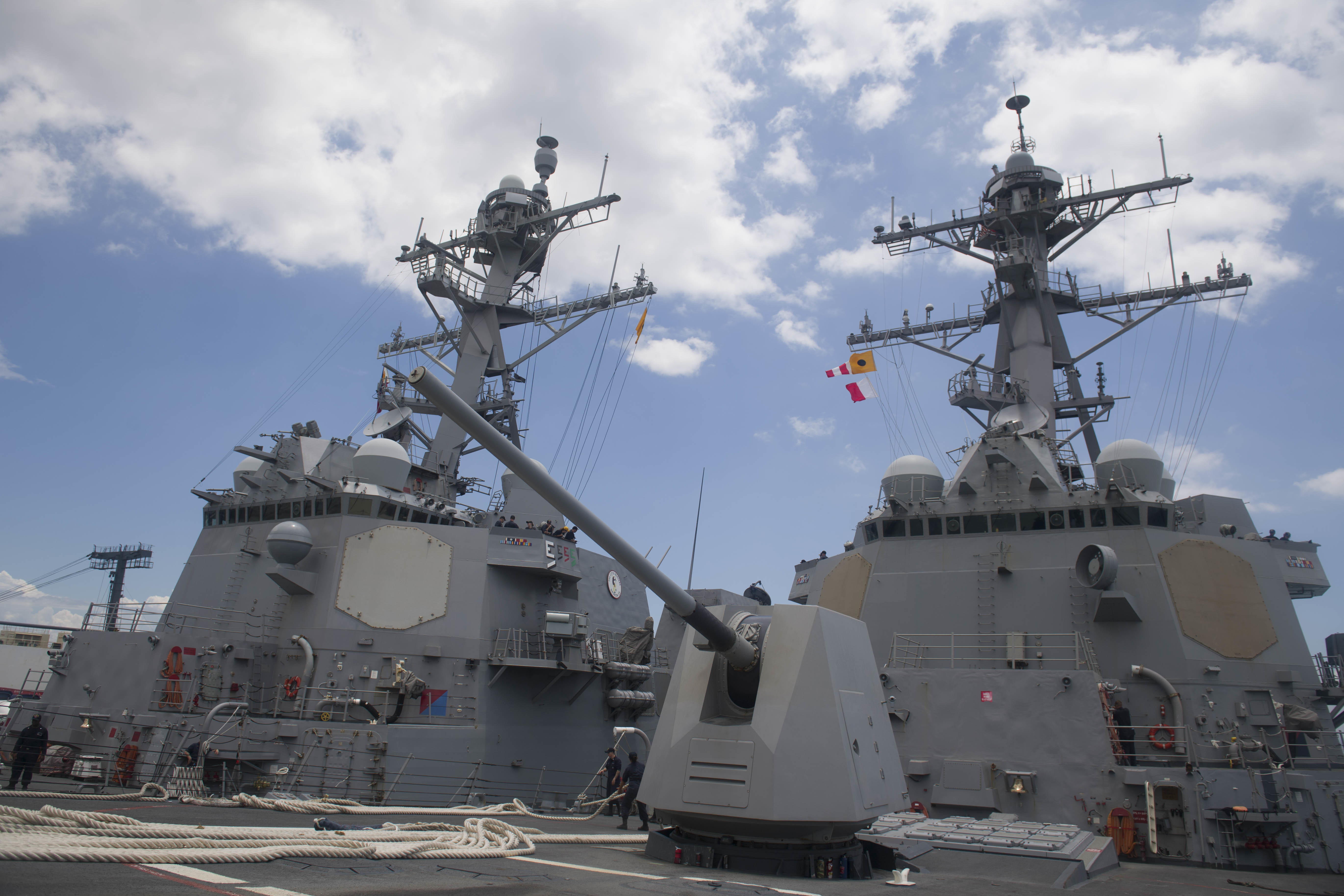 USS Sampson (DDG-102), left, and USS Preble (DDG-88) moor pierside for a scheduled port visit in Manila, Republic of the Philippines on April 11, 2018. US Navy Photo 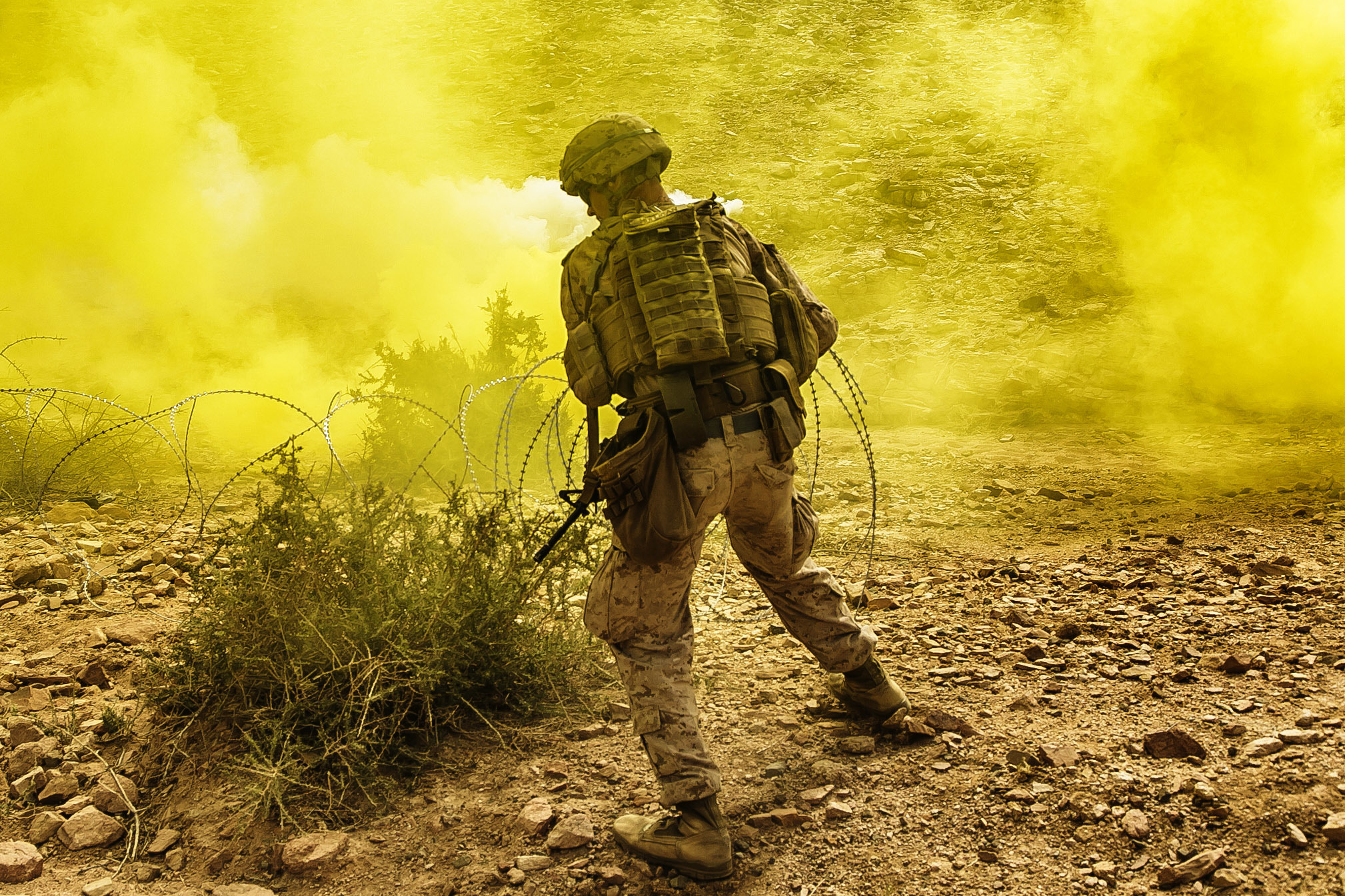 “The 11-day event tests the team’s 1,500 sailors and 1,800 embarked Marines with a wide range of drills meant to improve their collective ability to plan and project presence in a coalition environment,” reads a statement from the Marine Corps.
“Eager Lion focuses on increasing U.S.-Jordanian security and warfighting capabilities, allowing the two nations to better address common threats to regional security. As part of the exercise, Marines from the 26th MEU take part in an embassy reinforcement and noncombatant evacuation operation, and conduct bilateral sustainment training in a variety of combat skillsets.” 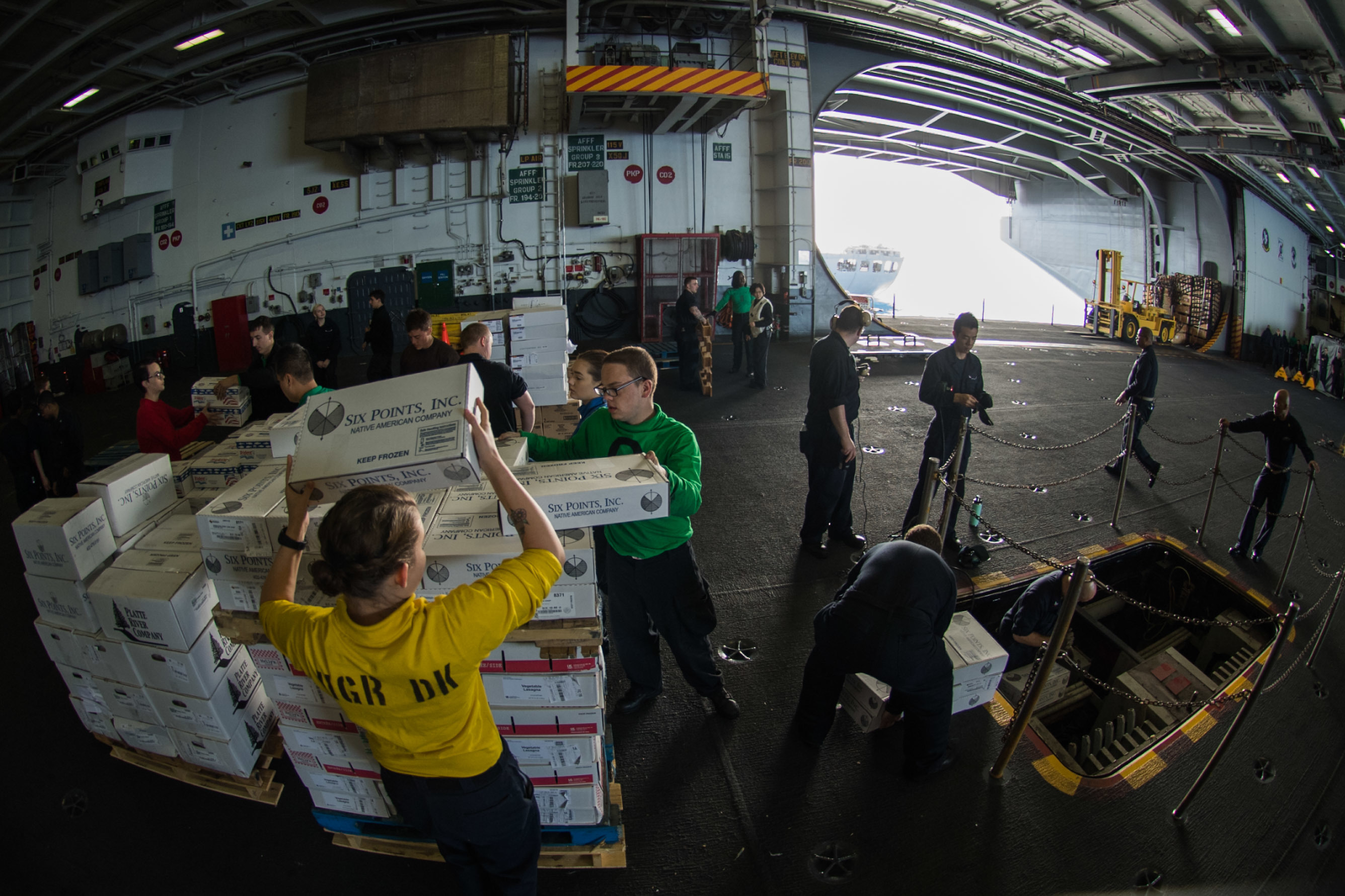 Sailors load supplies onto an elevator during a replenishment-at-sea aboard the aircraft carrier USS John C. Stennis (CVN-74) on April 18, 2018 US Navy Photo

“SWATT events focus on advanced tactical training at sea to improve warfighting proficiency, lethality, and ship interoperability before integrated phase training with other elements of the CSG,” according to a Navy news release.
“The exercise is the third SWATT led by Naval Surface and Mine Warfighting Development Center (SMWDC). It is the second that includes cruisers and destroyers (CRUDES).”

“SWATTs provide shipboard teams and warfare commanders the reps-and-sets they need to be prepared to integrate with the strike group, and ultimately head downrange to execute their missions with other naval assets, joint forces, and coalition partners around the globe,” SMWDC commander Rear Adm. John Wade said in the news release. 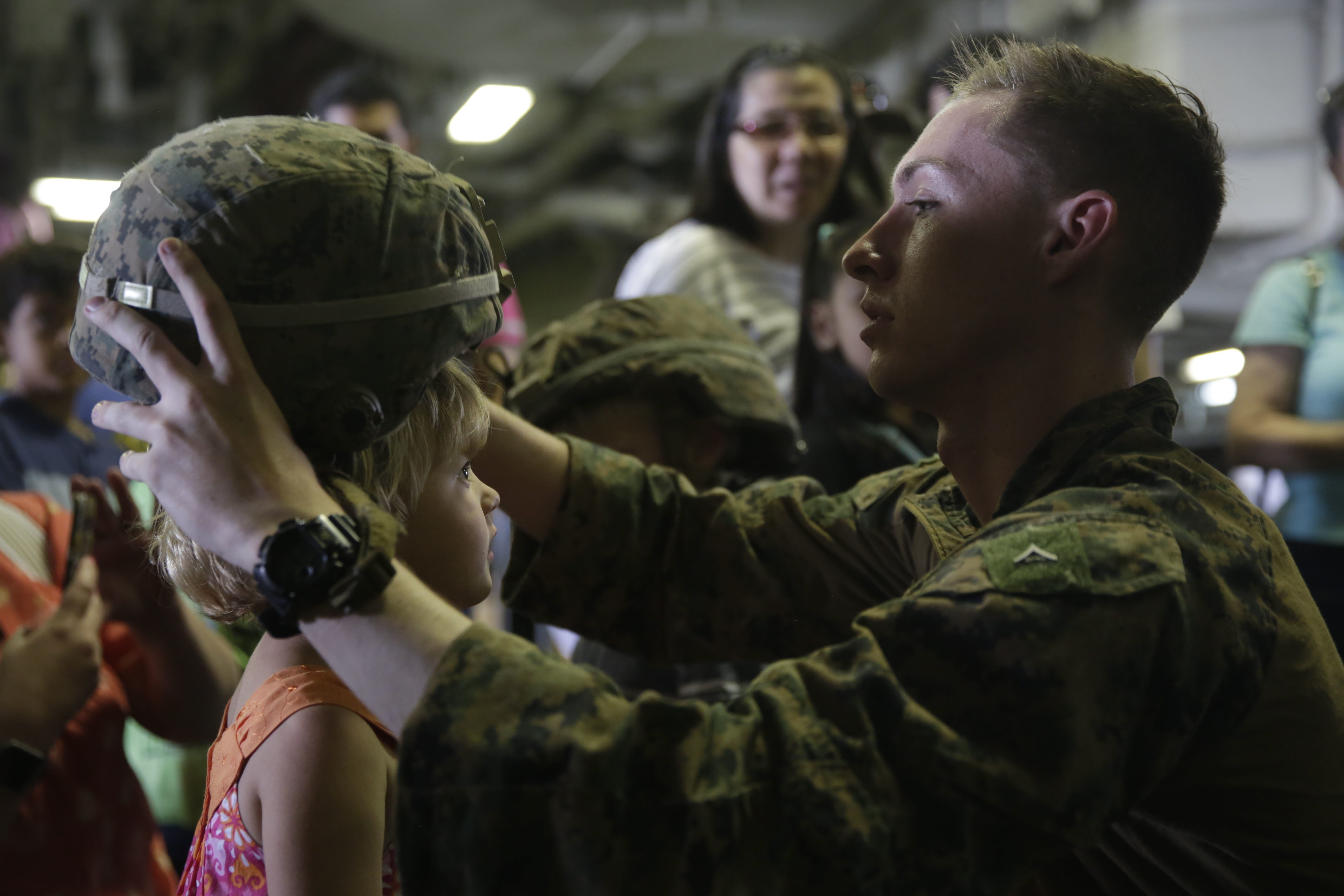 A Marine puts a kevlar on a child during ship tours aboard the USS Kearsarge, April 21, 2018. US Marine Corps Photo