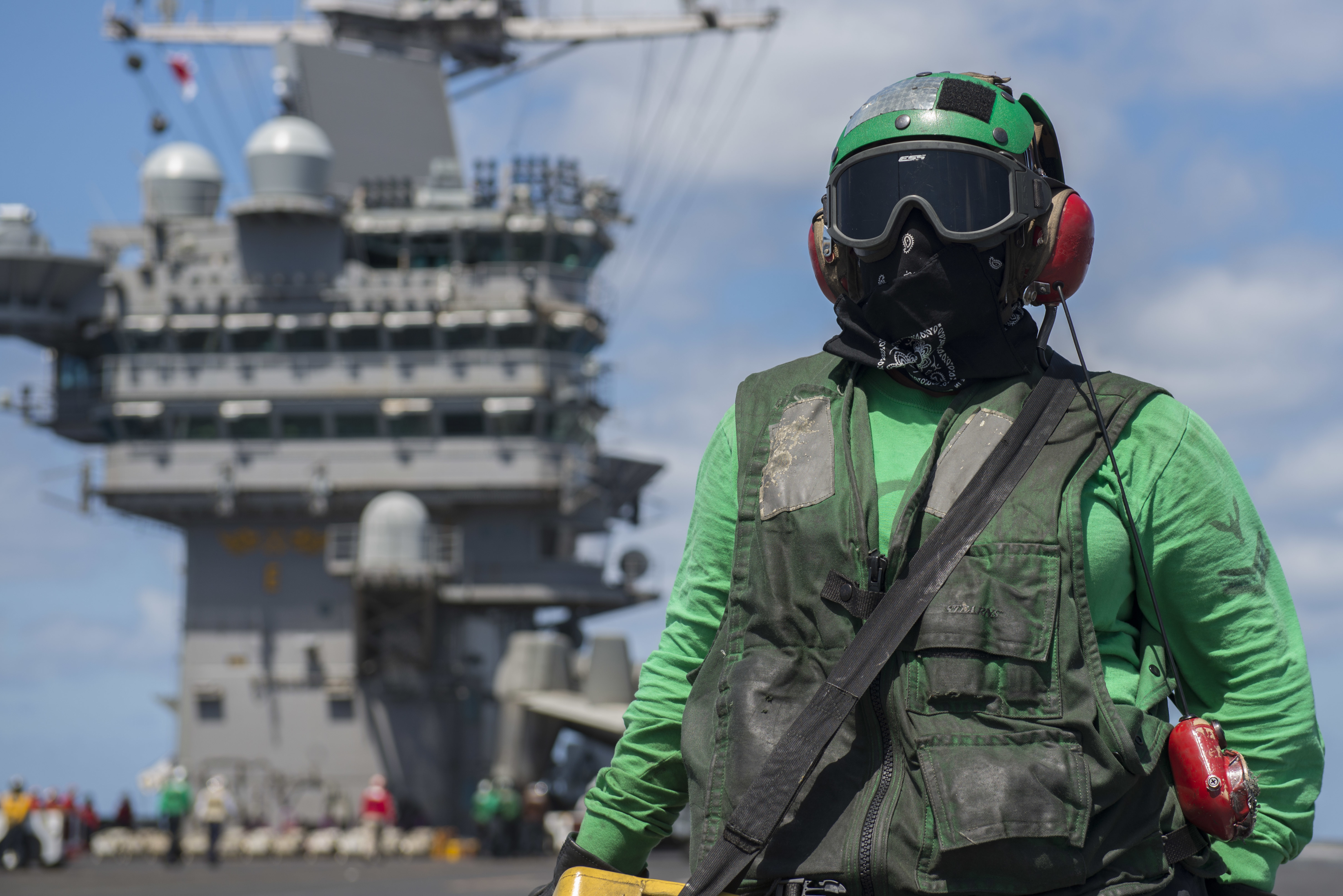 The Truman CSG left Norfolk on April 11 for a regularly scheduled deployment to both the 6th Fleet and 7th Fleet areas of operation. Along with sailing in the Mediterranean Sea, the strike group is expected to also operate in the Arabian Sea and the Persian Gulf during this deployment.

“We are thrilled to have the Harry S. Truman Carrier Strike Group here in the U.S. 6th Fleet area of operations and look forward to having them on our team as we conduct the full spectrum of maritime operations to include working alongside our NATO allies and regional partners. Our U.S. 6th fleet motto is ‘Power for Peace,’ and there is no more recognizable symbol of American naval power than a carrier strike group. Their presence in this vital region is a reflection of our commitment to a safe, prosperous and free Europe and Africa,” said Vice Adm. Lisa M. Franchetti, the U.S. 6th Fleet commander in a release.

In the pre-dawn hours of Saturday, three facilities that were part of the Syrian government’s chemical weapons program were hit by a coordinated set of U.S., French, and British airstrikes. A total of 105 missiles were launched from both ships and aircraft operating in the Mediterranean, Red Sea, and the Persian Gulf.