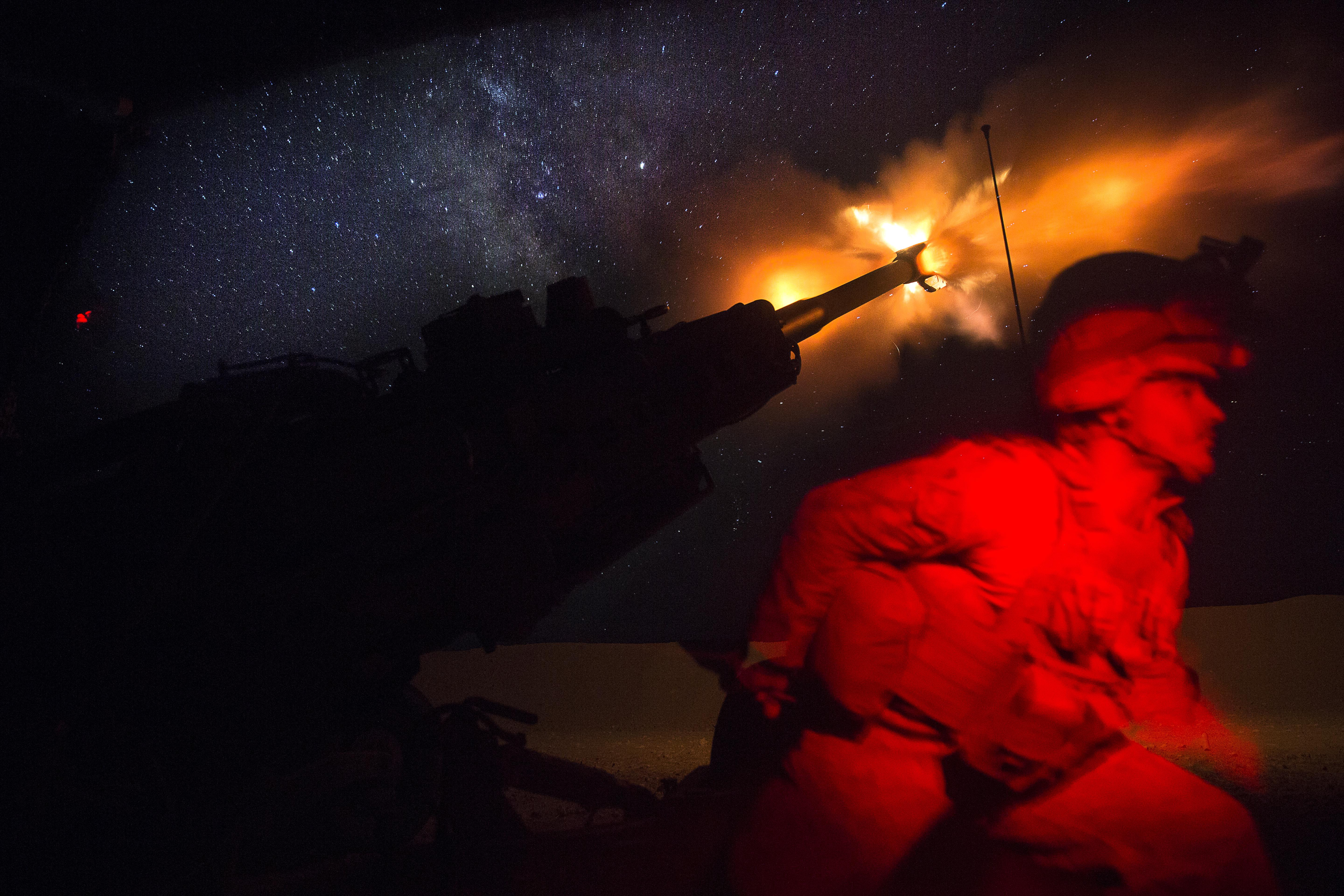 Senators pressed the nation’s top commander in the Middle East on what’s next for the United States by keeping its forces in Syria after the ISIS forces in the region are in decline.

Army Gen. Joseph Votel, testifying Tuesday before the Senate Armed Services Committee, said late in the hearing, Syrian Democratic Forces with United States and coalition support have retaken 98 percent of the territory once held by the so-called caliphate. By finishing that mission those forces will “create a platform” to begin a “Geneva process” of negotiations involving all parties under U.N. auspices “to address broader issues” to put an end to the civil war ravaging Syria.

He termed the military defeat of the Islamic State “a preliminary step” in setting up those conditions.

The demographics of the fighting in Syria between the government and opposition forces, now centered around Ghouta, and the continuing campaign against the Islamic State led by the half-Arab, half-Kurd Syrian Democratic Forces is extremely complex and potentially dangerous, Votel reminded the committee.

Not only are the United States, Russia and Iran and proxies such as Hezbollah from Lebanon and Shiite militias from Iraq involved but also forces from the Kurdish areas of Iraq and Turkey. 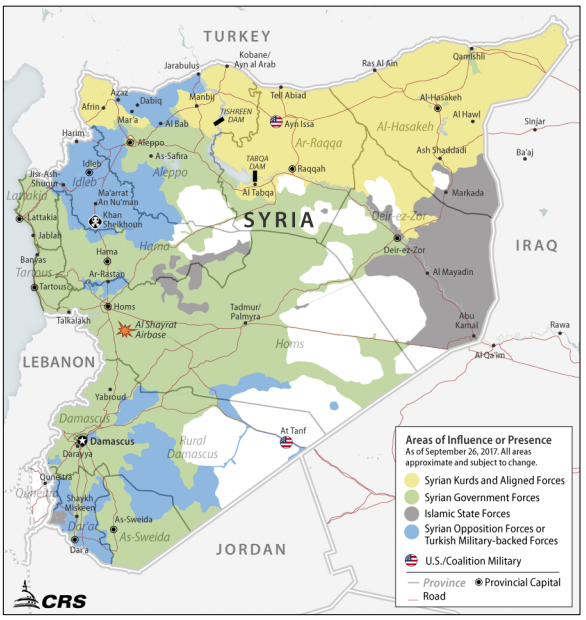 As he told its House counterpart, Russia in Syria continues to play the roles of “arsonist and firefighter.” Votel said. He told the Senate panel Moscow “lacks the ability or is choosing not to” pressure Assad to live up to ceasefire agreements that allow the civilians to leave and food, water and medical supplies be safely distributed. He called the situation in areas like Ghouta, “a humanitarian disaster.”

The continued Russian air operations and ground support from Iran and Hezbollah has shored up Assad’s control of parts of the country, especially around the capital and other large cities. Votel said it “would appear the regime is ascendant” in the civil war.

Votel said his forces have “all the authorities they need to protect themselves” against attacks from Shiite militias and, as was the case in February, against forces operating with Russian contractors. He added that the U.S. and coalition forces are in contact with the Russians and Turks several times a day to exchange information on operations and ensure that situations don’t escalate out of control.

With the Turks, who identify many Kurdish groups as terrorists, the coalition is “as transparent and clear as we can be” in working with the Syrian Democratic Forces on its ground operations against the Islamic State.

Despite Tehran’s support of terrorism and Assad, he voiced support for the nuclear agreement with Iran, but added if it ended “we would find another way to deal” with that potential threat.”Right now, it is in our interest.”

At the other end of his area of responsibility, Votel said the administration’s South Asian strategy of upping the pressure on Pakistan to shut down Taliban, Haqqani Network and al Qaeda safe havens within its borders “has helped gained their attention.” But he has “not seen decisive changes” directly assisting the mission in Afghanistan and clearing out the extremists’ safe havens that allow them to operate across the border.

Votel said the build-up of the Afghan air force and its special operations forces give the Kabul government more “offensive capability” in its struggle primarily with the Taliban, but it must also deal with long-standing systemic corruption in its offices and regional leaders more interested in personal power and wealth than governance.

As for the Taliban, Votel said, it “is not a popular insurgency,” and they are opposed by more than 90 percent of the Afghan people. He said in the recent past the Taliban “has taken on many of the characteristics of a [criminal] mob,” interested in financing its operations through the processing of narcotics. Among the lessons learned in combating the Islamic State in Iraq and Syria was the importance of “going after these funding streams” and “limiting the flow” of illegal drugs to sell in international markets.

“We are not parties” to the civil war in Yemen. Votel said he backed continued intelligence-sharing, logistics — including aerial refueling, ballistic missile defense and operation planning with Saudi Arabia and the United Arab Emirates in their support of the Yemeni government.