If push comes to shove, the U.S. doesn’t have enough mariners to move tanks, personnel carriers, ammunition, medicines, food and water into a hot zone in a prolonged crisis, the head of the Maritime Administration said Thursday.

The U.S. is short about 1,800 mariners, Retired Rear Adm. Mark Buzby told a joint hearing of the House Armed Services readiness and seapower and projection forces subcommittees. That total doesn’t take into account casualties while operating in a contested environment, he said.

In answer to a question from the panel, Air Force Gen. Darren McDew, head of Transportation Command, added, “We’ll have to fight our way [in] to get to the fight” and “we don’t control everything like we once did,” referring to air and sea, meaning potential loss of ships and crew.

Although the number of qualified mariners is at a “historic low,” the decline may not have bottomed out.

The reason for more concern is the declining number of American-flagged ships. Buzby and McDew said the number of American ships available under the existing law has dropped from 106 to 81 since 2012 with no uptick in sight.

The reason for the drop in the number of ships: lack of cargo to move in peacetime.

Buzby said, “It’s my goal to get [a new maritime strategy] across the finish line” that would take in all those considerations — work for shipyards, size of the American-flagged merchant fleet, educating and training mariners for the 21st century. The last strategy was released in 1937. The draft changes are circulating in the Maritime Administration and will soon be sent to industry for comment.

McDew added another reason for a new look at a national maritime strategy comes down to the fact that many of the ships he has available are steam-powered and are more than 40 years old.

“TRANSCOM will own [an] almost all steam-powered fleet,” he said. 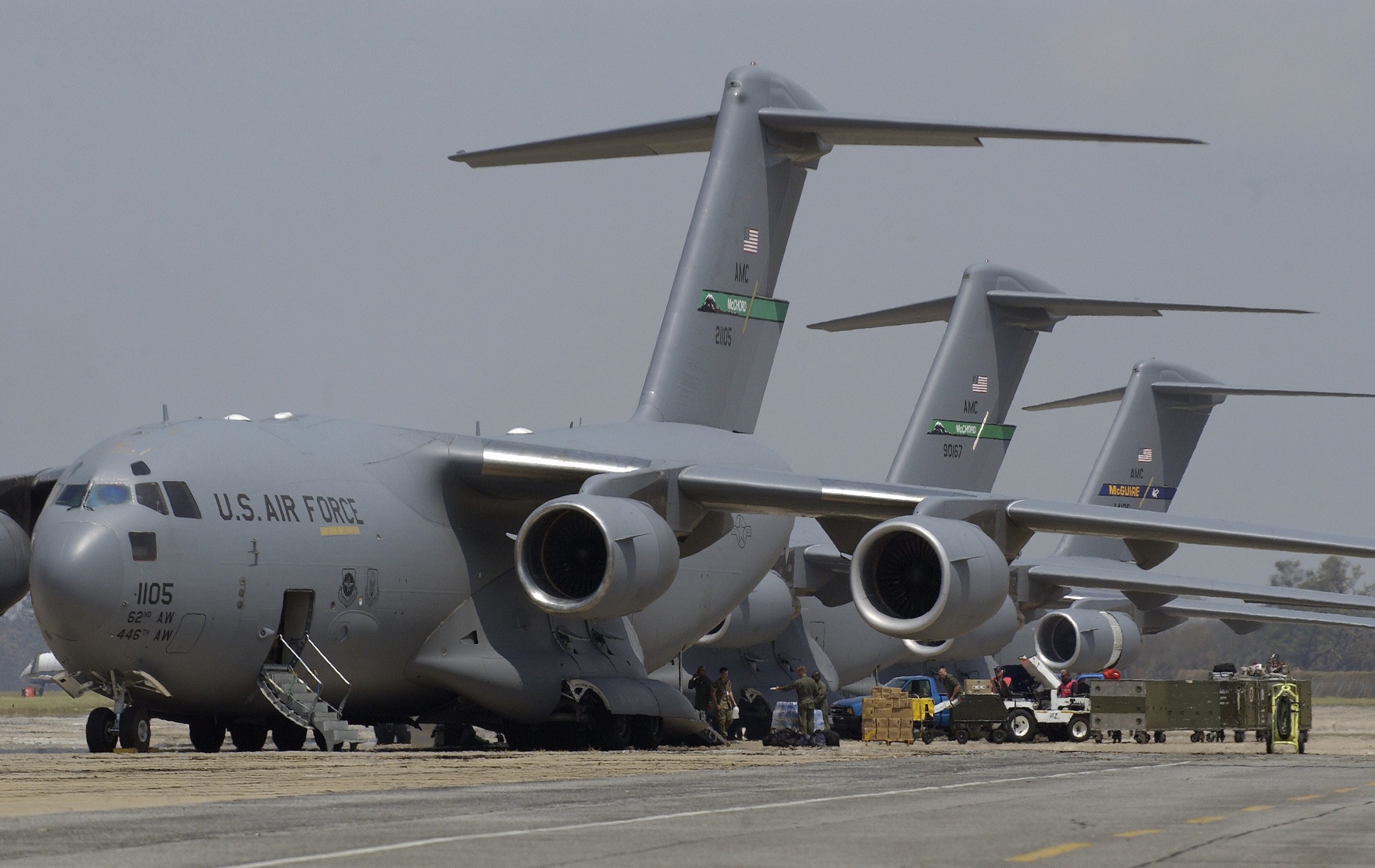 Similar age problems in aircraft with their accompanying needs of more maintenance and repair and the closing of the production line of Boeing C-17 Globemaster III transports dog the airlift fleet, he said.

“The readiness of the [Ready Reserve Feet] is a constant challenge” because of the vessels’ age and out-of-date propulsion systems, Buzby said.

McDew said the new Pentagon Mobilization Requirements Study will consider the impact of cyber and attrition in a contested environment in determining what is needed in the future.

“Awareness is number one,” Buzby said in addressing coming information technology and cyber operations needs in that environment.

McDew said, “I still believe [the United States] is a maritime nation,” but “we’ve got rules that say we must use the Defense Transportation System.” He said the primary benefit to national security from the Jones Act, that requires ships be American-built, owned and operated and crewed, “is the mariners.”

At the hearing, Rep. Duncan Hunter, (R-Calif.), said, “The Jones Act is under fire constantly, wrongly” in setting those requirements for the maritime arena. He asked both witnesses to do a “down-and-dirty study” of the effects of repeal. He added the repeal likely would have negative consequences on small- and medium-sized shipyards survival.

Buzby said later that the Defense Department is more in the market for roll-on, roll-off cargo vessels than large deep-draft container ships because it is moving large vehicles — tanks, equipment transporters, fighting vehicles and trucks. It uses container ships for bulk cargo like ammunition, medicines, food and water.

Much of the American shipyards’ commercial work is centered on barges, tankers and container ships.

As a stopgap measure until it can build or buy new ships, McDew said the command has undertaken service life extension programs for the younger ships in its fleet and having that work done in American yards. It is also buying used vessels, some from foreign sources, but bringing them up to U.S. standards in domestic yards.

Buzby said the administration is going ahead with buying two school ships for the six maritime academies, replacing TS Empire State and Kennedy. For now, MARAD is looking at used ships to replace the other training vessels. “We have the design for a new ship;” but without the appropriations to go ahead and built, it is “aspirational.”