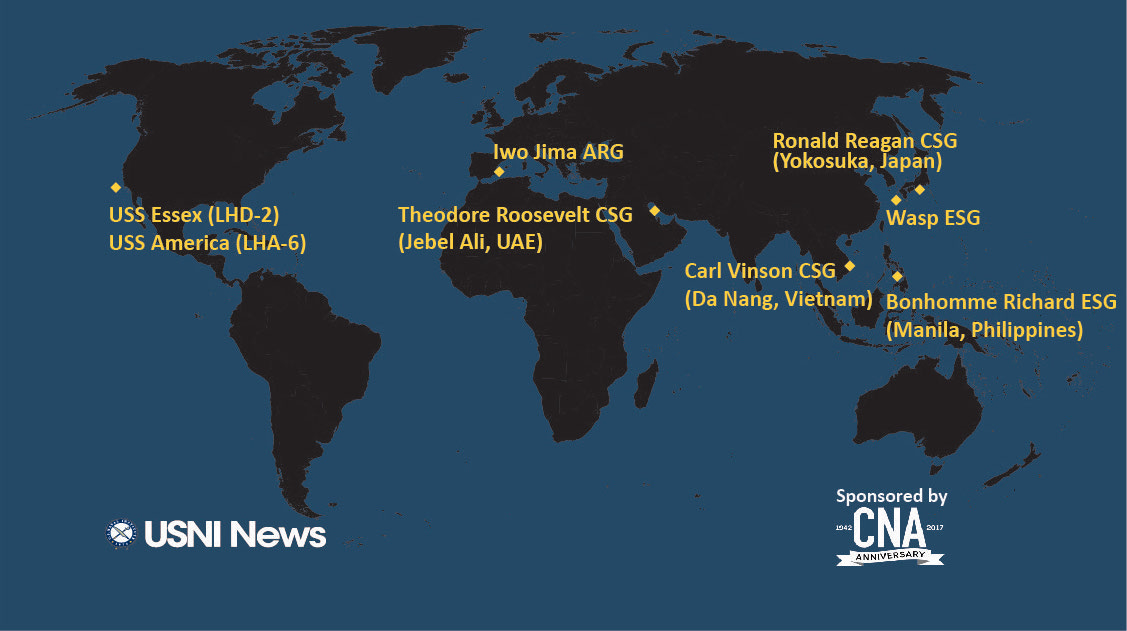 These are the approximate positions of the U.S. Navy’s deployed carrier strike groups and amphibious ready groups throughout the world as of March 5, 2018, based on Navy and public data. In cases where a CSG or ARG is conducting disaggregated operations, the map reflects the location of the capital ship. 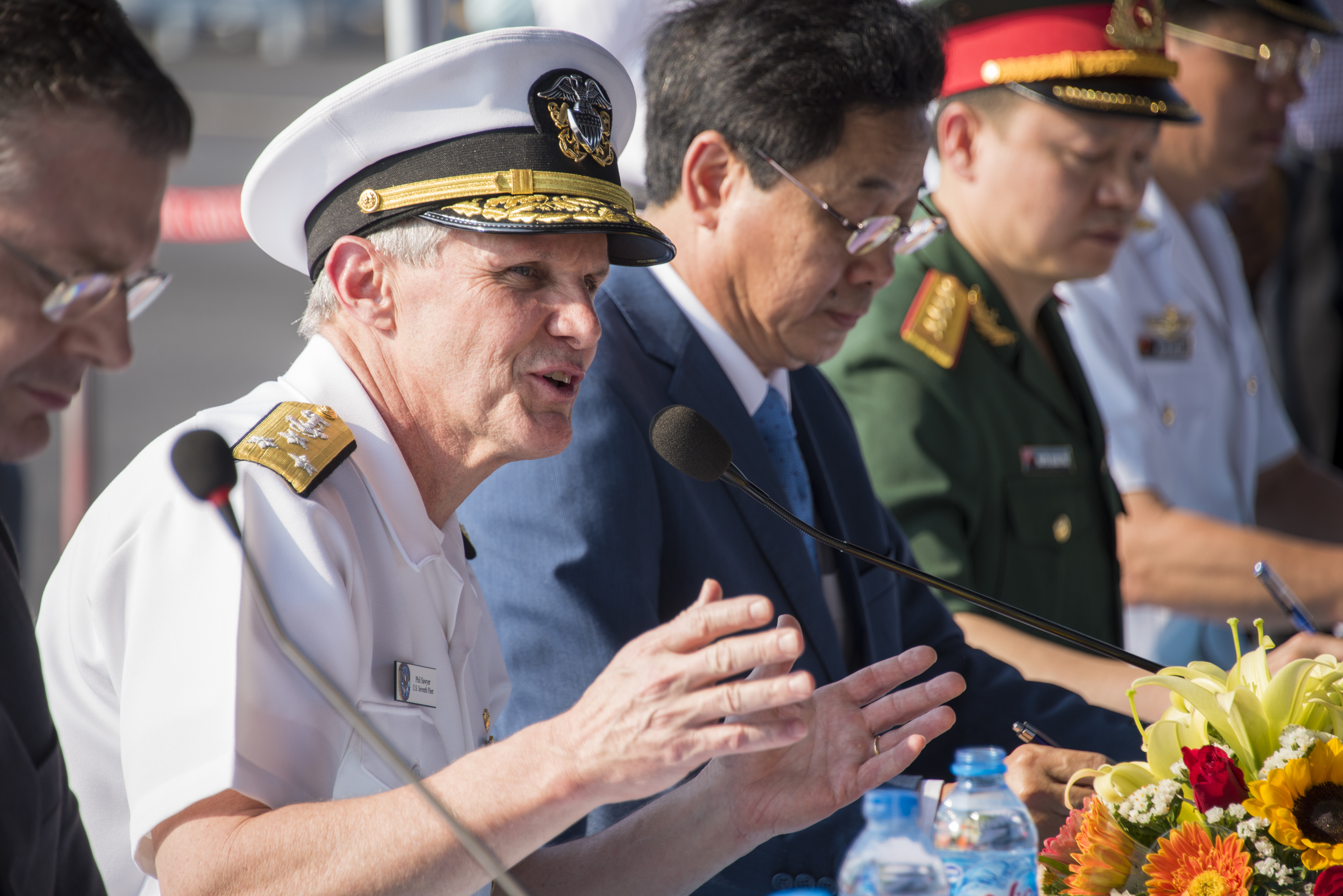 Vice Adm. Phillip G. Sawyer, commander, U.S. 7th Fleet, speaks to members of the press on the pier after a welcome ceremony in Da Nang, Vietnam on March 5, 2018. US Navy Photo

On Monday, USS Carl Vinson (CVN-70) anchored off Da Nang, Vietnam, the central Vietnam port city that served as a major staging post for the American war effort and the home of a major air base during Vietnam War.

“For the first time since the end of the Vietnam War, a United States aircraft carrier is a port call in Vietnam, signaling how China’s rise is bringing together former foes in a significant shift in the region’s geopolitical landscape,” reported The New York Times.

USS Carl Vinson (CVN-70) is in the Western Pacific at a time the Navy’s only permanently forward-deployed aircraft carrier, USS Ronald Reagan (CVN-76), is moored in its homeport of Yokosuka, Japan, for a planned maintenance period that Navy officials say is expected to last a couple of months. 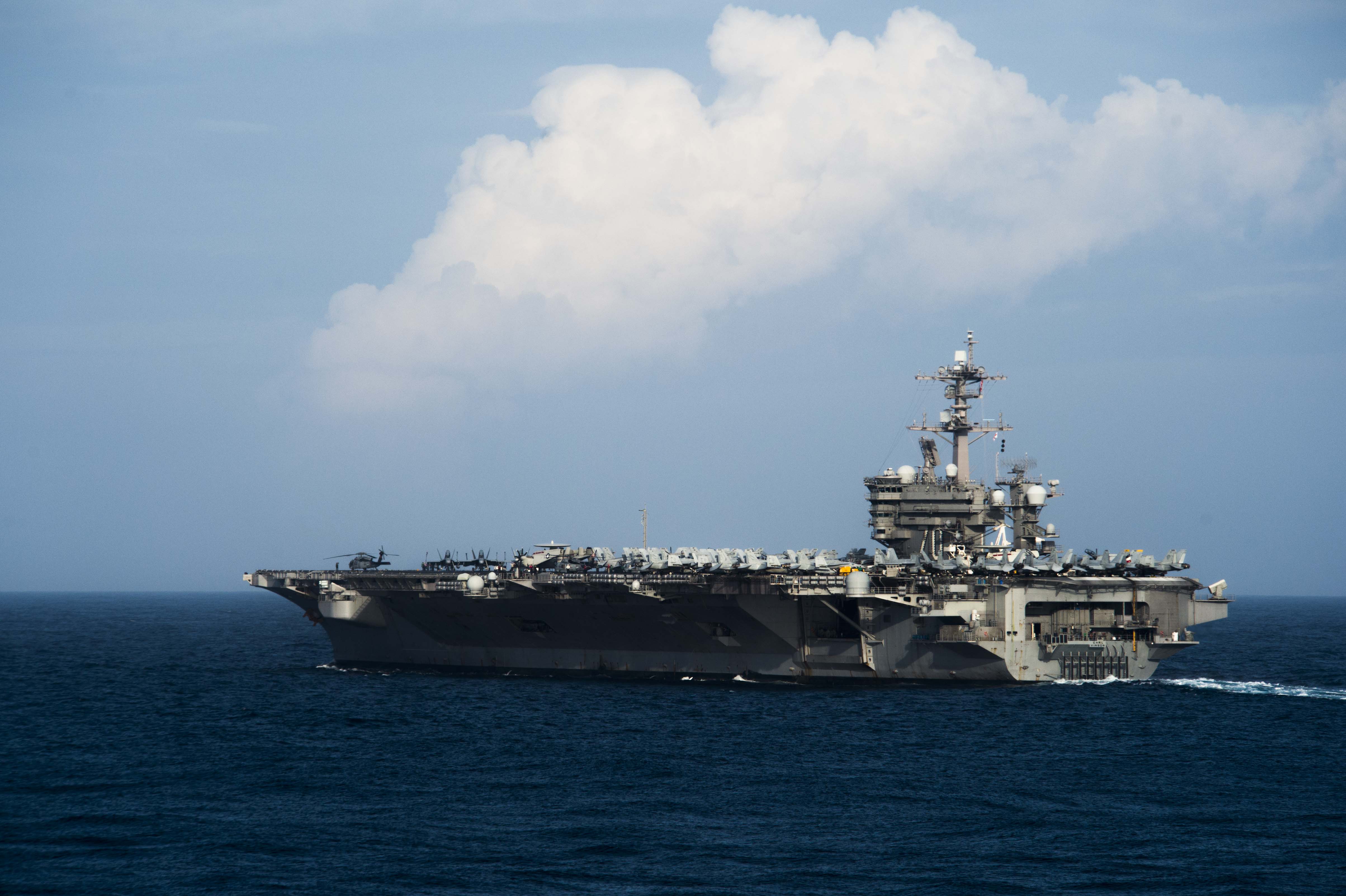 USS Carl Vinson (CVN-70) is underway. The Carl Vinson Strike Group is currently operating in the Western Pacific as part of a regularly scheduled deployment on Feb. 28, 2018. US Navy Photo

CVW 2 is embarked aboard Carl Vinson and includes nine squadrons and detachments:

Destroyer Squadron 1
The leadership of DESRON 1 is embarked aboard Carl Vinson and commands the CSG’s guided-missile destroyers.

Carrier USS Ronald Reagan (CVN-76) is in port in Yokosuka, Japan, for a maintenance availability.

Guided-missile USS Sterett (DDG-104) and USS Dewey (DDG-105) are underway to support the Wasp Expeditionary Strike Group (ESG) and will train with forward-deployed amphibious ships. The patrol will be the first operational deployment for the Marine F-35B Lightning II Joint Strike Fighter. 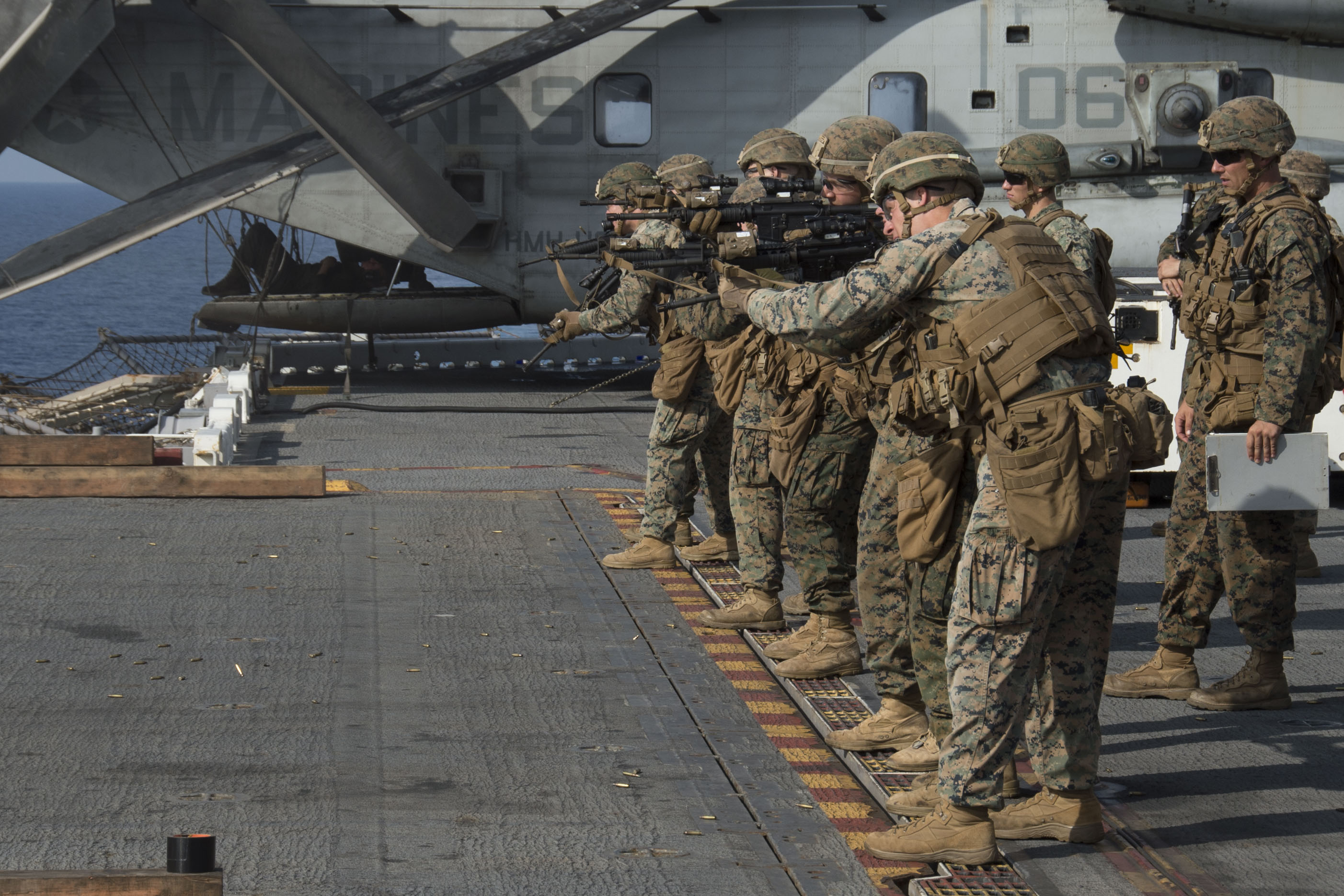 The Bonhomme Richard Expeditionary Strike Group is underway for a regularly scheduled patrol in the U.S. 7th Fleet area of operations. 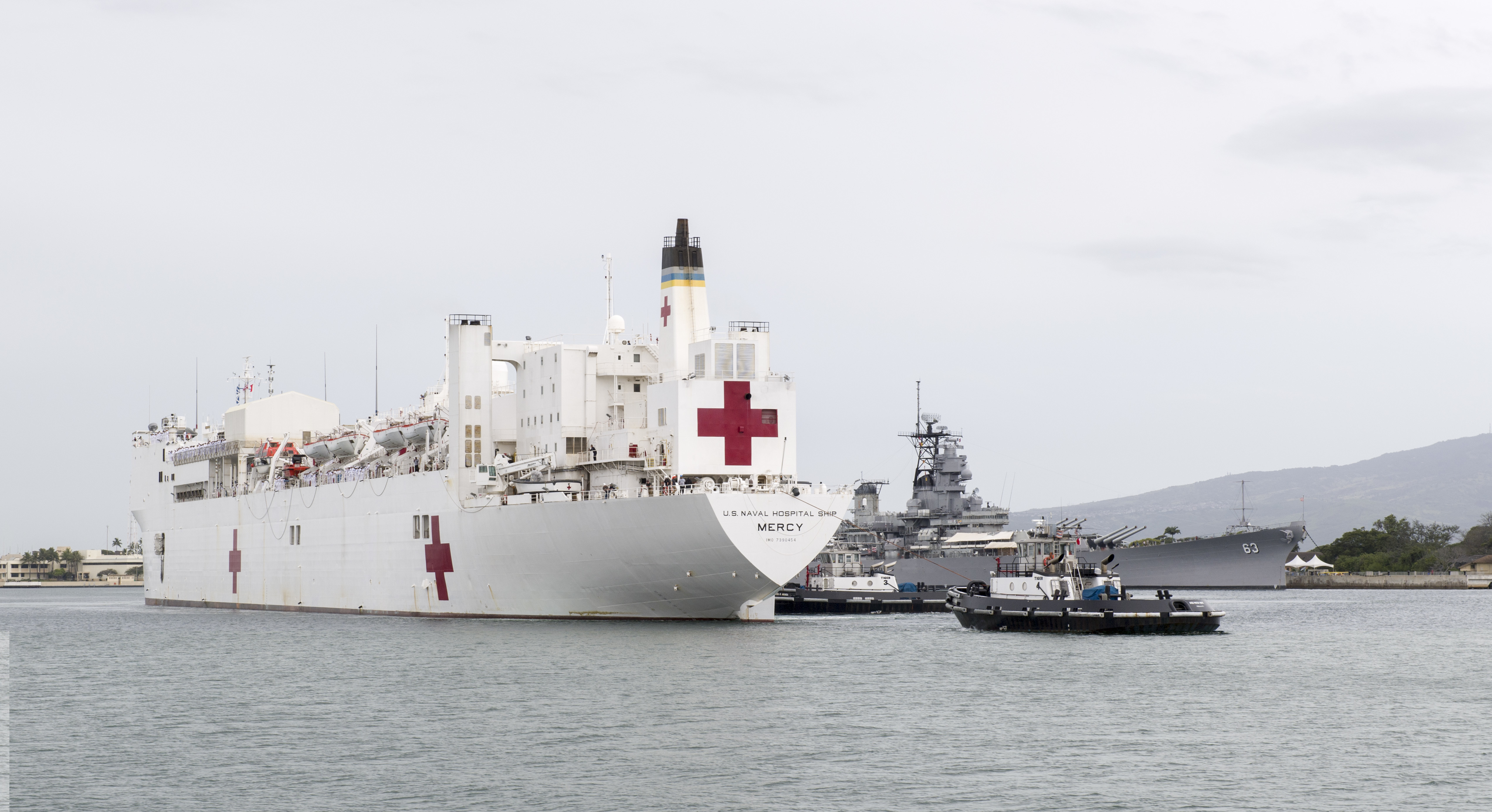 Navy hospital ship USNS Mercy (T-AH-19) arrived in Pearl Harbor, Hawaii, on March 3 on its way to the Pacific Partnership 2018 exercise that began on Feb. 23. U.S. ships will visit countries bordering the South China Sea, including Vietnam, Indonesia and Malaysia. 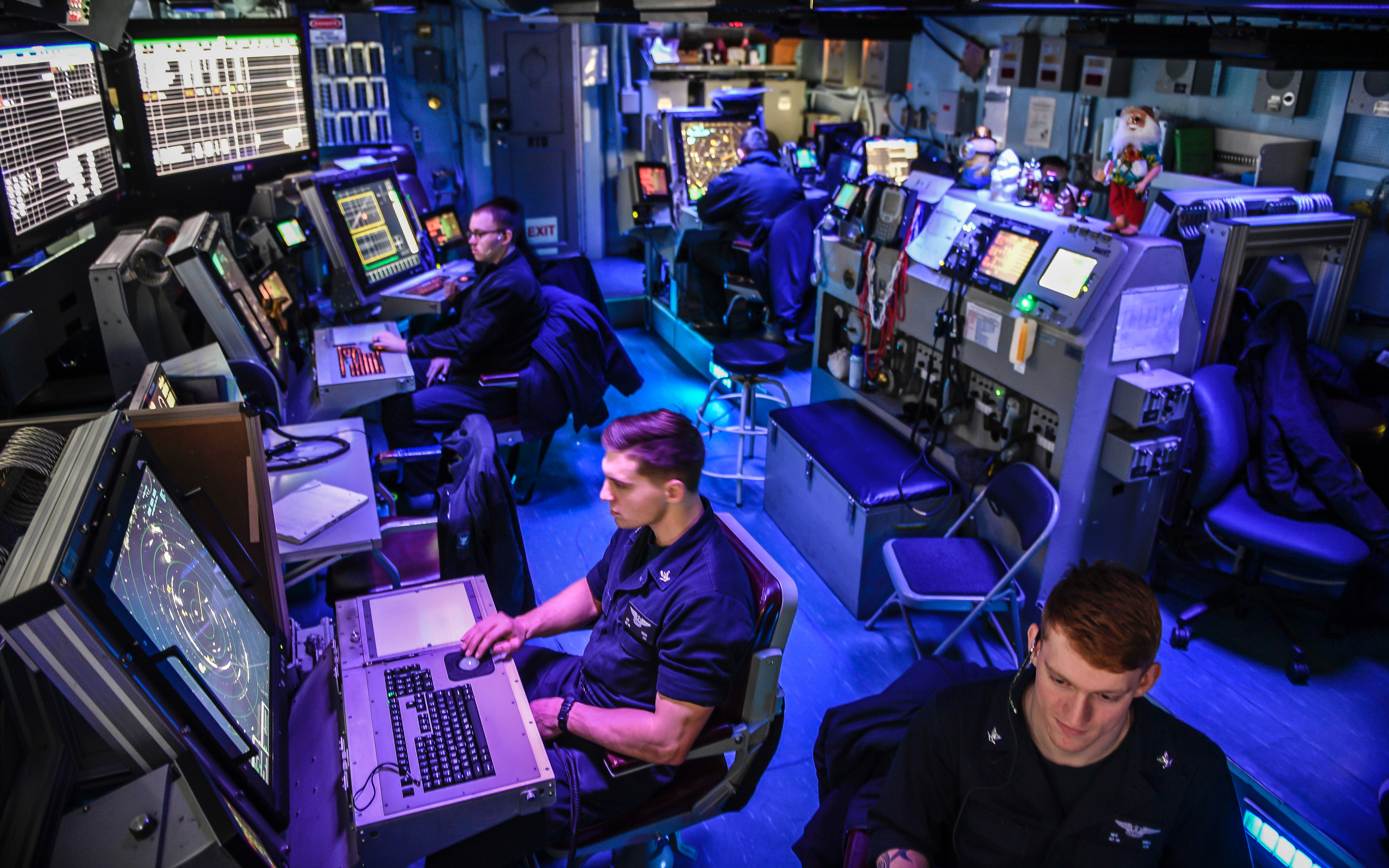 The Theodore Roosevelt Carrier Strike Group (CSG) is operating in the Persian Gulf. The CSG has been conducting air strikes in support of Operation Inherent Resolve. The U.S. airstrikes also intend to maintain pressure on the Taliban throughout the winter period. 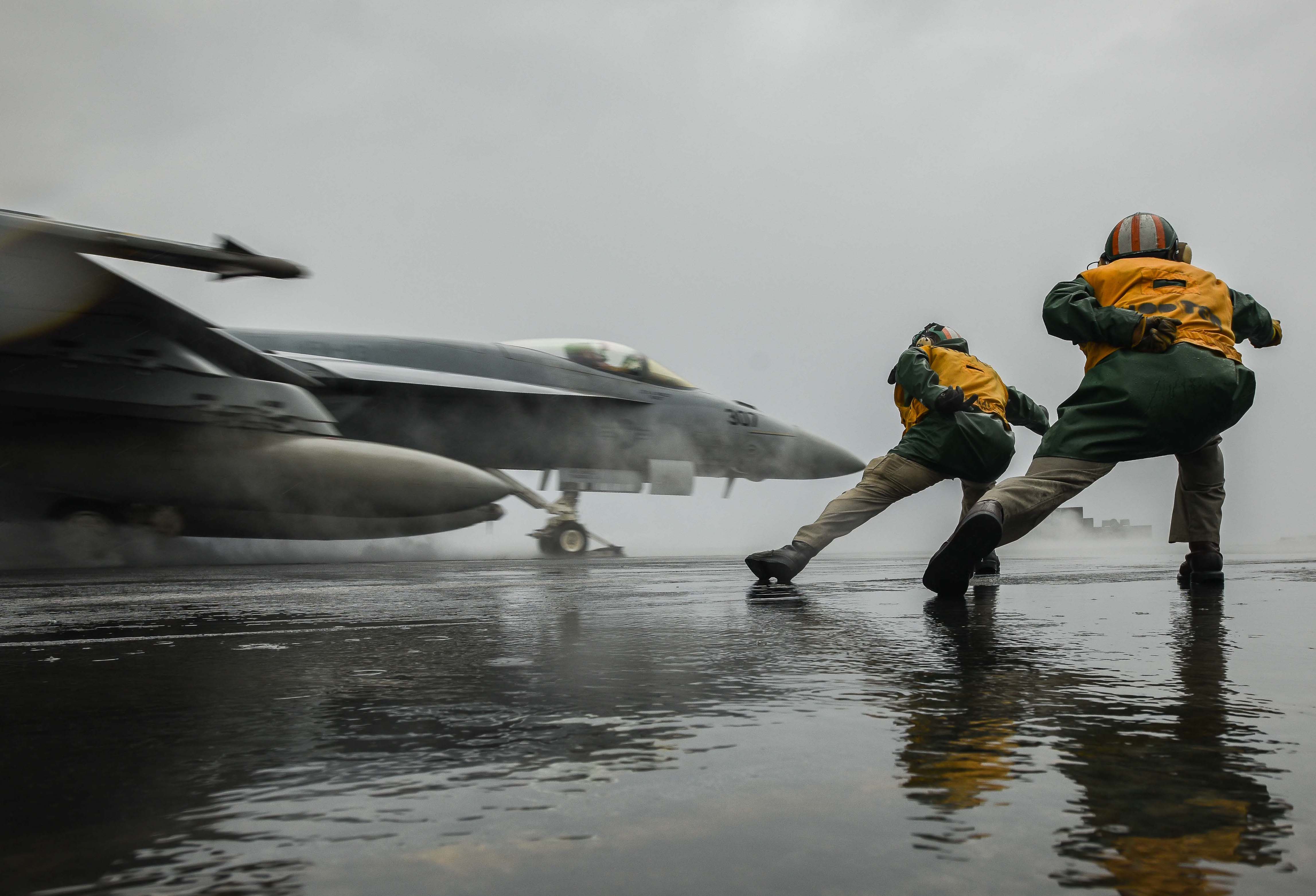 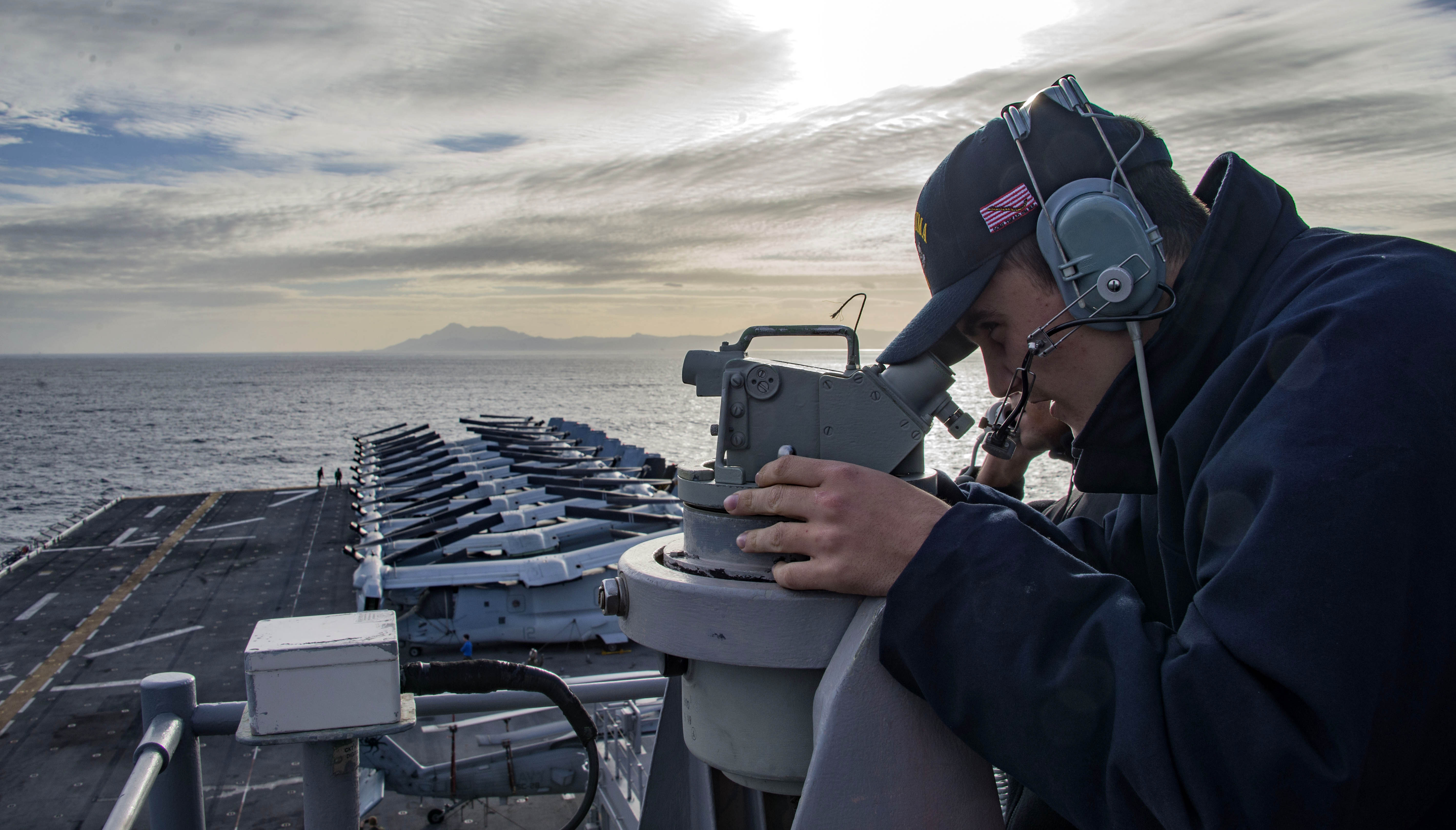 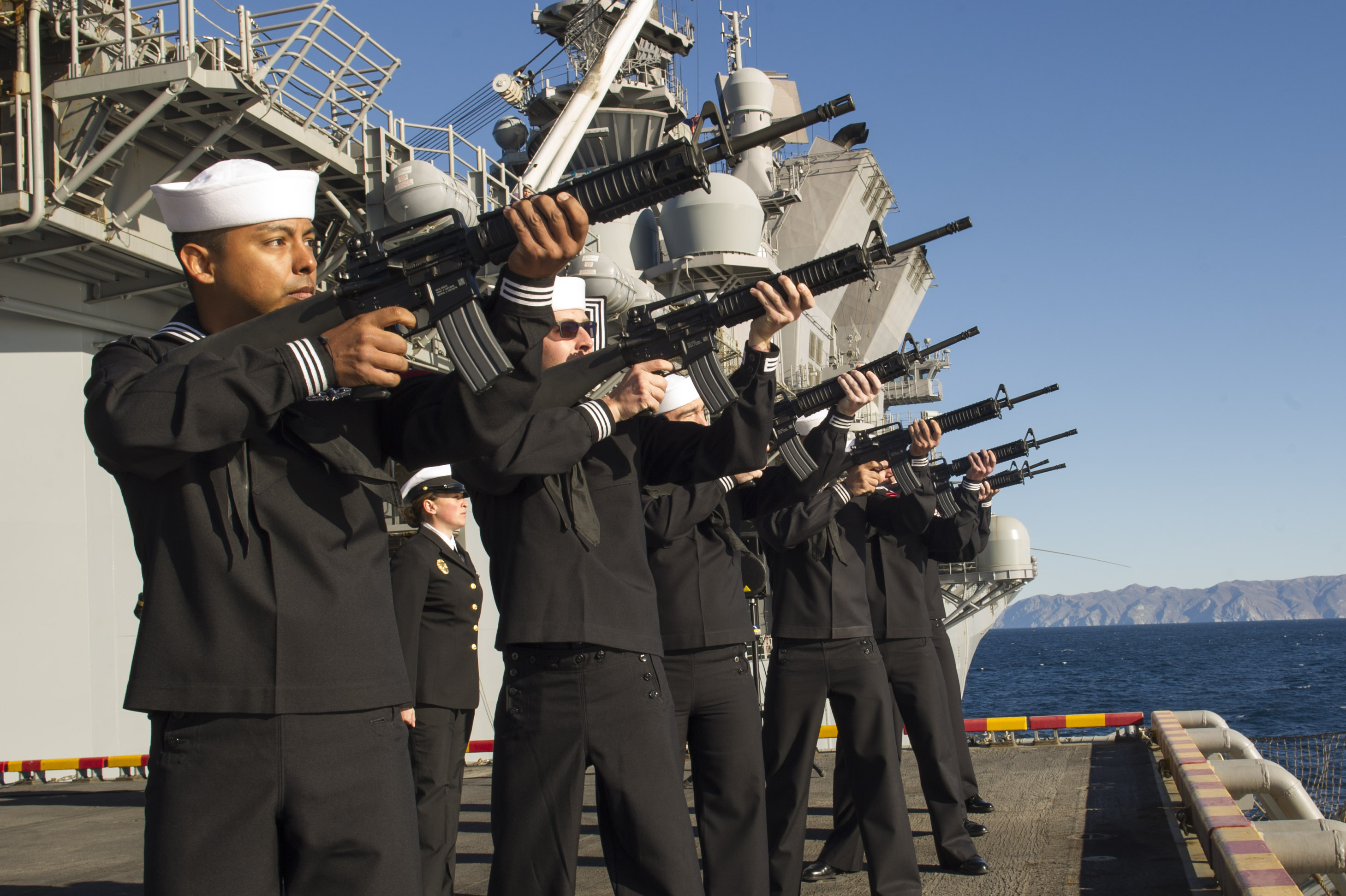 Sailors assigned to the amphibious assault ship USS America (LHA-6) perform a ceremonial gun salute during a burial-at-sea ceremony on the ship’s starboard elevator on March 4, 2018. US Navy Photo

USS Essex (LHD-2) Amphibious Ready Group (ARG) and the 13th Marine Expeditionary Unit (MEU) are underway in the Southern California Operating Areas as they continue pre-deployment preparations and training. This will be the first West Coast ARG to deploy with the F-35B. USS America (LHA-6) is underway off San Diego, Calif.