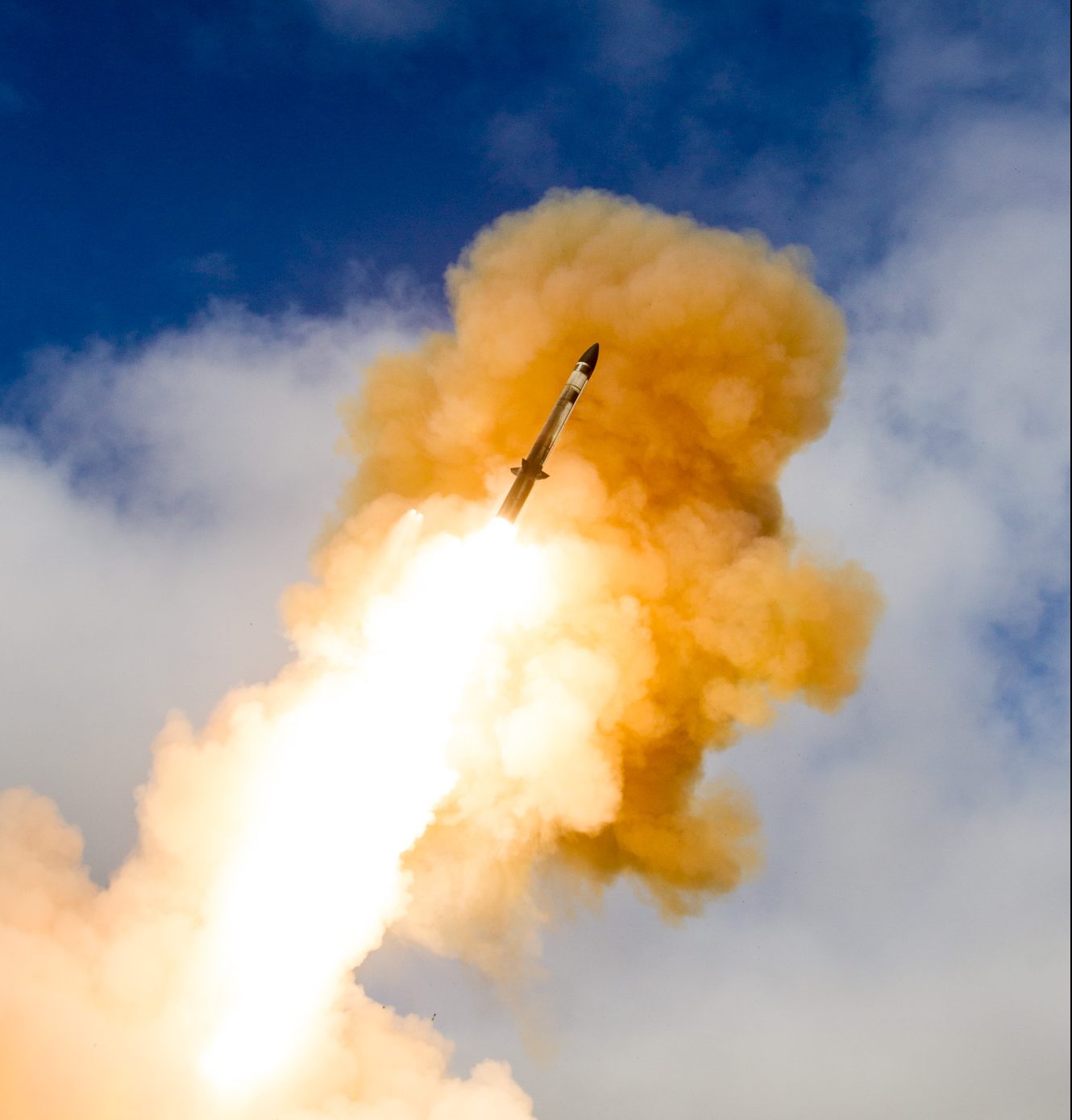 An SM-3 Block IIA missile test shot fired from an Aegis Ashore test site in Hawaii this week did not hit its target after a successful launch, Pentagon officials confirmed Thursday.

The Missile Defense Agency (MDA) is evaluating data from the test as part of its investigation of the Wednesday test, Pentagon chief spokesperson Dana White said in a press briefing today.

“It did not meet our objectives, but we learn something all the time with these tests, and we learned something from this one, and we’ll continue to improve our capabilities,” White said.

While the test did not meet its primary objective of intercepting an air-launched intermediate-range ballistic missile target, the Pentagon does not consider the test a complete failure. The MDA released a statement explaining that several firsts were accomplished as a result of test. Wednesday’s event was the first time an SM-3 Block IIA missile was launched from the Aegis Ashore system, in this case at the test complex in Hawaii. Additionally, for the first time, both ground- and space-based sensors were used to remotely cue the launch of the interceptor by the Aegis Weapon System.

“We always make progress every time we conduct a test,” MDA Director Air Force Lt. Gen. Sam Greaves said in the statement.
“While we are disappointed that we did not demonstrate a successful intercept, we did demonstrate significant advances in capability and collected valuable test data.”

The missile’s failure to perform as expected had been widely reported by news organizations Wednesday, a day before the Pentagon acknowledged the test. White did not elaborate on why there was a day-long delay before confirming that the test occurred and did not meet expectations.

Pentagon officials would not detail what actions are being taken by the military to retrieve missile wreckage. Joint Staff Director Marine Corps Lt. Gen. Kenneth McKenzie, who also spoke at the press briefing Thursday, noted that the standard procedure includes sending the nearest Navy ship to recover what it can.

Wednesday’s test marked the second time a SM-3 IIA failed to intercept an inbound missile. In July, an SM-3 IIA failed to meet its objective, but the MDA investigators said the problem was caused by human error – incorrect data input – and not because of any problem with the missile or the Aegis Ashore system, according to a Defense News article.

But the SM-3 IIA has had successes. In February 2017, the MDA and SM-3 IIA manufacturer Raytheon announced the missile’s first successful intercept in space. During that test, the SM-3 IIA defended against a medium-range ballistic missile threat.

The SM-3 was designed to protect against medium- and intermediate-range ballistic missiles. When asked about the SM-3 IIA’s potential uses, McKenzie said it’s still being tested but that likely intercept targets include those fired in-theater or shorter-range missiles.

“It would not be the weapon we’d use against an ICBM fired at the continental United States,” McKenzie said.

The following is an official statement from the Missile Defense Agency:

The Missile Defense Agency and U.S. Navy sailors manning the Aegis Ashore Missile Defense Test Complex (AAMDTC) conducted a live-fire missile flight test Jan. 31 using a Standard-Missile (SM)-3 Block IIA missile launched from the Pacific Missile Range Facility, Kauai, Hawaii. This was a developmental and operational test of a new capability and utilized a missile variant not yet in production. The primary objective of the test, to intercept an air-launched intermediate-range ballistic missile target with an SM-3 Block IIA missile, was not achieved. However, much was still learned that demonstrated an increase in the effective range of the overall ballistic missile defense system.

Several firsts were accomplished as a result of this mission, which included using both ground and space-based sensors to remotely cue the launch of the interceptor by the Aegis weapon system. This was also the first time an SM-3 Block IIA missile was launched from land using the Aegis Ashore test complex. The test also demonstrated a highly complex multi-domain command, control, battle management and communications system, which was used by operational crews to execute the mission.

“We always make progress every time we conduct a test,” said MDA Director Lt. Gen. Sam Greaves. “While we are disappointed that we did not demonstrate a successful intercept, we did demonstrate significant advances in capability and collected valuable test data that will allow us to further improve our capability and capacity of the ballistic missile defense system. We are committed to protecting and defending our nation, its warfighters, friends and allies against all ranges of ballistic missiles in all phases of flight.”

MDA will conduct an extensive investigation to determine the cause or causes of any anomalies that may have prevented a successful intercept.