In the Feb. 3 test, conducted at about 10:30 p.m. Hawaii Standard Time (3:30 a.m. Eastern Daylight Time, Feb. 4), a target was launched from the Pacific Missile Range Facility at Kauai, according to a MDA statement. USS John Paul Jones (DDG-53) detected and tracked the target missile with its AN/SPY-1D(V) radar and Aegis Combat System Baseline 9.C2 system. The ship fired a SM-3 Block IIA – being jointly developed by the U.S. and Japan – and intercepted the target.

News releases from MDA and Raytheon add that preliminary data shows the test met its primary objectives, which include evaluating the performance of key missile components such as the kinetic warhead, divert and attitude control system, nosecone, steering control section, booster performance and second- and third-state rocket motor.

Mitch Stevison, vice president of Air and Missile Defense Systems for Raytheon, which builds the Standard Missile family of weapons, told reporters this morning that this test represented many firsts for the program: “the first ship-launched SM-3 IIA, it was the first time that we actually were able to have our (kinetic warhead) look at a threat in space, identify that threat, discriminate that threat, and consummate an engagement on that threat. All of those things are critical in closing the entire system loop to know that we have a valid system.”

Stevison said the SM-3 IIA went through two control test vehicle tests last year, once to verify the propulsion system and the second to use the kinetic warhead in space for the first time. This third test, and first detect-to-engage event, “was a near picture perfect test,” he said, adding that there was a lot of data for government and industry partners to sift through but that it so far appears to be “a flawless flyout and engagement and consummation of the mission Friday night in Hawaii.”

Though he couldn’t talk much about the threat set this event tested against, Stevison said the system defended against a medium-range ballistic missile threat that “flew a trajectory that we would associate with potential threats, and the actual lethal object – or what we refer to as the reentry vehicle part of that target – was representative of the threat space that the SM3 IIA was created for and developed to engage.” SM-3 IIA was designed to protect against medium- and intermediate-range ballistic missiles, and Stevison said the full envelope would eventually be tested before the system is fielded in 2018. This first intercept “gives us high confidence that those future engagements … are fully achievable.”

In some ways, preparing the SM-3 IIA for this test was made easier by previous work Raytheon, the Navy, MDA and the industrial base have done on the Standard Missile family of weapons, which all operate through the Aegis Combat System and launch from Vertical Launching System tubes aboard Navy cruisers and destroyers or from ground-based Aegis Ashore sites. On the other hand, this SM-3 IIA is much larger than the other Standard Missiles, creating some additional concerns.

“There is a very sophisticated process that is used across the industry partners and the Missile Defense Agency in doing the preparation and the integration of a missile system onto a ship. And that process was fully used in the integration of this missile,” Stevison said. Asked if the integration process has gotten more efficient every time a new Standard Missile product is developed, “I would say resoundingly yes. The more we do this, the more that we learn, the more efficient these processes become in working with the government and our industry partners to make sure that the system is a complete system and not an individual element. So that efficiency that was brought to this from our history certainly cannot be repeated in any kind of a clean sheet construct. So we’re proud of the long-term partnerships we’ve had … and we are very proud to say that this integration into the Aegis Combat System and the Aegis ship platform went very smoothly.”

Still, Stevison said, “this is a very large missile, so to move to the construct of launching a missile of this caliber out of Aegis Combat System, there was additional activities that were taking place both from a safety standpoint … and in the integration itself.”

“This capability is not just an organic capability to the Aegis Combat System, so the integration involved looking at many more things across the spectrum than we would with a normal Standard Missile or a smaller Standard Missile product,” he added.
“So that integration was extensive. It’s been part of our development plan since the inception of our program and was executed well.”

SM-3 IIA, in addition to bringing in the Japanese industrial base, the SM-3IIA program seeks to improve upon the SM-3 IB missile, which is already fielded at sea and in the first Aegis Ashore site in Romania.

“We have now increased the capability of our propulsions systems to get more range, better velocity, which increases the capability for the defended area and also gives combatant commanders and tactical commanders on the ground more flexibility in their methods of employing the systems,” Stevison said.
“We’ve also increased the capability of our kinetic warhead, which is the kill vehicle piece of the SM-3 IIA program, with both a larger divert and attitude control system and with a seeker that has more sensitivity and capabilities to deal with the advancing threats. So we have throughout this system improved this system dramatically over the SM-3 IB program.” 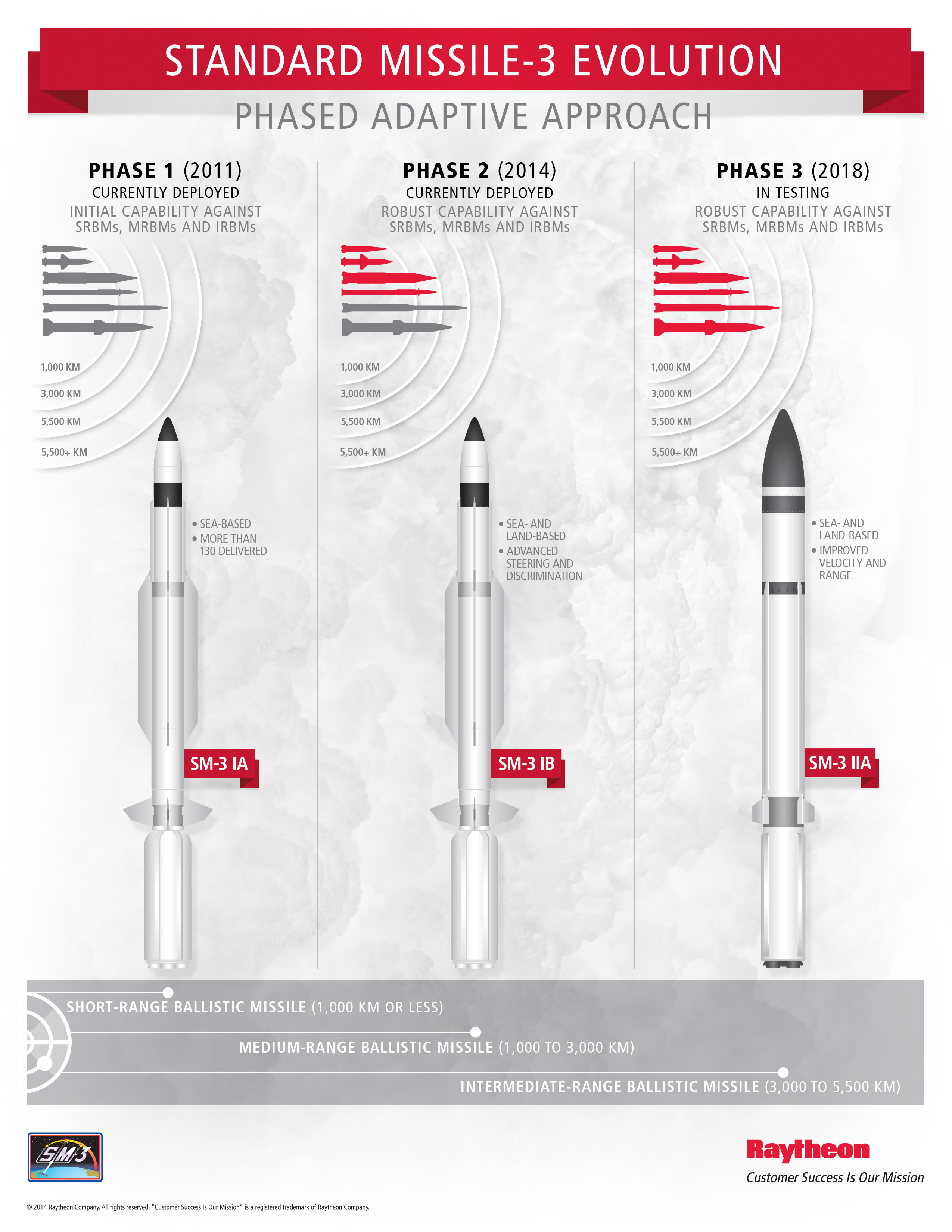 Despite the larger size and greater capability, Stevison said no ship or VLS modifications were needed.

“The ship itself is perfectly capable of launching a missile of this size, and we saw that executed near-flawlessly here Friday night,” he said.

Overall, he said the test “was absolutely one of the smoothest tests I’ve seen conducted in my experience doing missile defense testing,” which he said was about 20 years. The preparation going into the test ensured everything went right and that all the needed data was collected to assess and help make improvements as needed going into the next test.

The test event in Hawaii was also the first shipboard demonstration of Lockheed Martin’s Aegis Baseline 9.2 (BMD 5.1) Ballistic Missile Defense (BMD) tracking and engagement capability, which is also set for certification in 2018. In tandem with the Baseline 9/BMD 5.1 software variant in development for the U.S. Navy, Lockheed Martin has been developing a comparable J7 variant for Japanese Aegis-equipped destroyers.