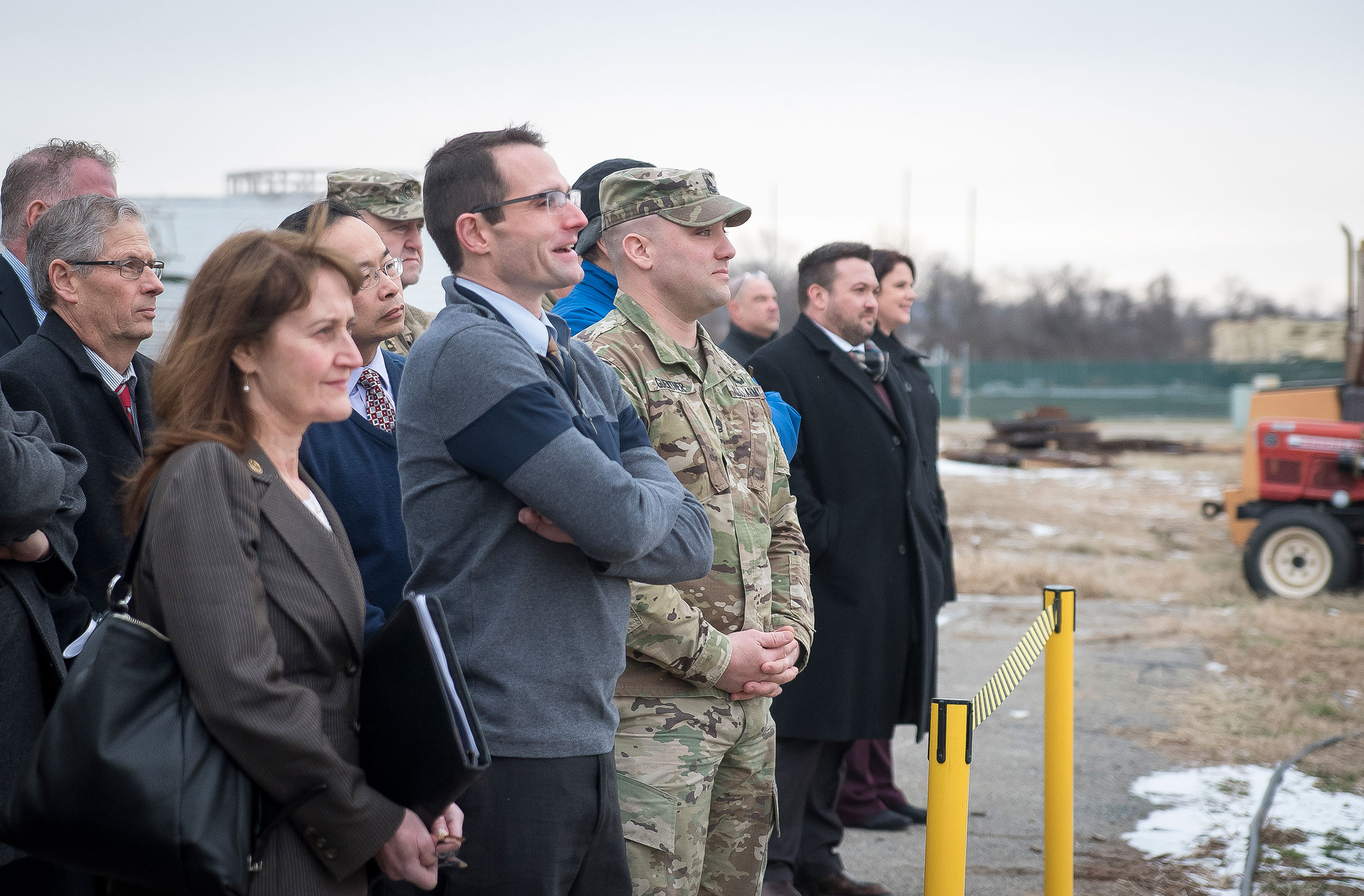 DOD Strategic Capabilities Office Director Dr. William Roper (center) observes a test flight of the Joint Tactical Aerial Resupply Vehicle, or JTARV, also known as the hoverbike. The JTARV may one day make it possible for Soldiers on the battlefield to order resupply and then receive those supplies rapidly from an autonomous unmanned aerial vehicle. US Army photo.

Roper has led the office since it was established in 2012. The SCO was rarely, if ever, mentioned publicly in its early days but since 2016 has drawn some attention from the media and from Congress as defense officials have increasingly looked to rapid acquisition and prototyping to help fill requirements gaps in fast-moving technology areas like unmanned systems, computing and offensive weapons.

Roper and the SCO have been involved in several Navy projects, notably creating an anti-ship missile capability for the Standard Missile-6 as the Navy sought to increase the offensive lethality of its surface ships. The SCO also worked with the Navy on improvements to the Mk 48 torpedo, with the Navy and Army on the Hyper Velocity Projectile for use in the electromagnetic railgun and conventional 5-inch guns, and with the Marine Corps on a data analytics project.

“The establishment of the position of USD(R&E) and USD(A&S) should underscore the Secretary’s desire to utilize this change to improve the Department’s ability to be innovative and responsive. To this end, the plan should include a recommendation on the designation of a Chief Innovation Officer; options for the related treatment of the Strategic Capabilities Office (SCO), the Defense Innovation Unit Experimental (DIUx), and the Defense Digital Service (DDS); and enable the Department to provide agile and rapid acquisition capabilities,” reads the memo, signed by then-Deputy Defense Secretary Robert Work. 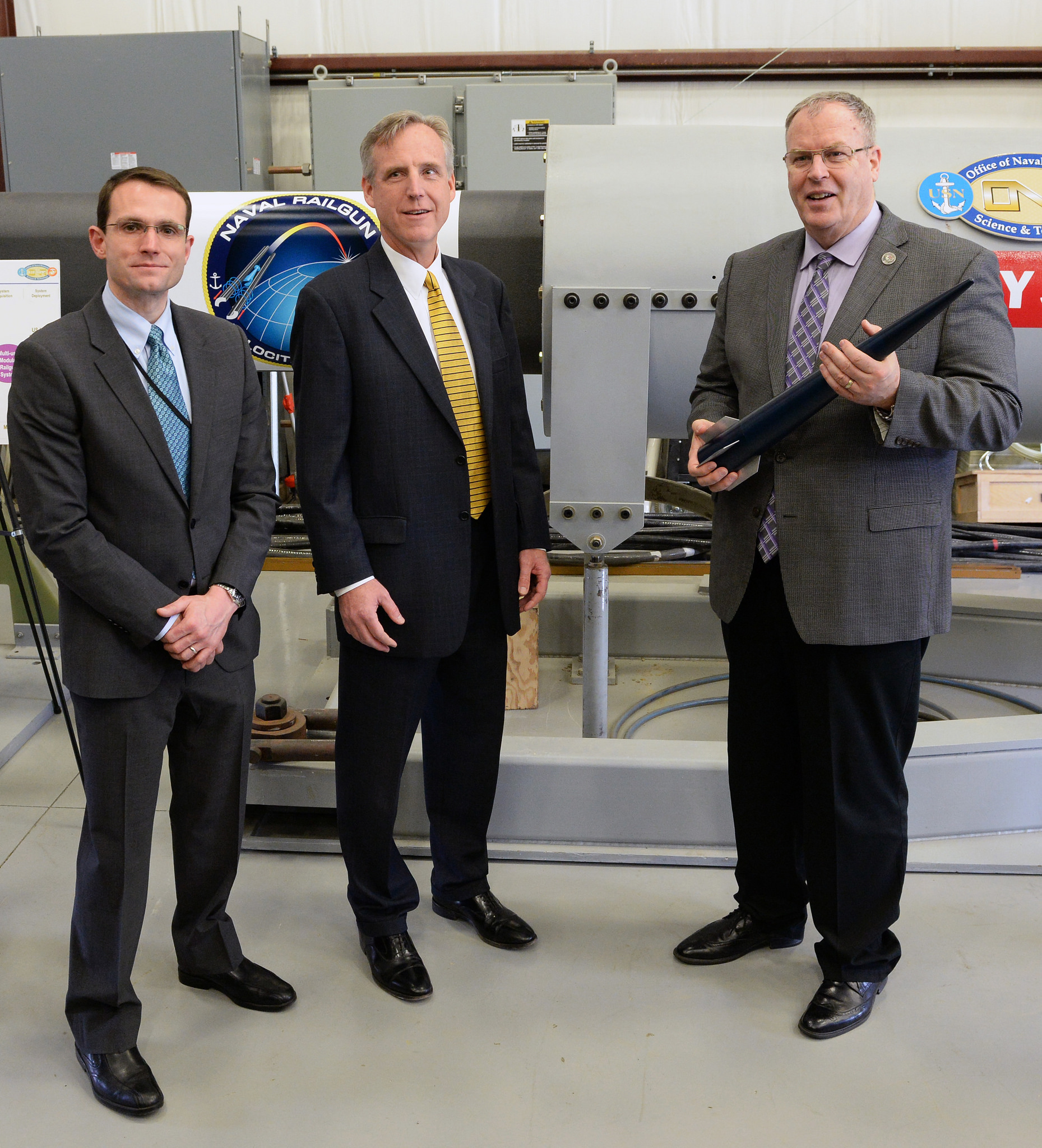 Deputy Defense Secretary Bob Work holds a railgun projectile in front of the railgun at Naval Surface Warfare Center Dahlgren Division in Dahlgren. Va., April 30, 2015. With him, from left, are William Roper, director of the Strategic Capabilities Office at the Office of the Secretary of Defense, and Mike Till, Dahlgren engagement systems department head. Defense Department photo.

Current USD AT&L Ellen Lord said at a Senate Armed Services Committee hearing last month that the Pentagon was trying to learn from organizations like the SCO and others, to eventually scale that cost-effective type of acquisition to other parts of the Defense Department.

“We’re trying to learn from our rapid capabilities offices from DIUx, from SCO, who have taken the authorities that Congress has provided and applied them appropriately to speed things up, therefore have to be more cost-effective and thereby allowing smaller companies that couldn’t afford to go through this multiyear process to participate,” she said at the hearing.

The Pentagon did not have any information on when Roper’s successor might be named but did note the importance of SCO going forward, citing the hearing testimony and the reorganization memo.